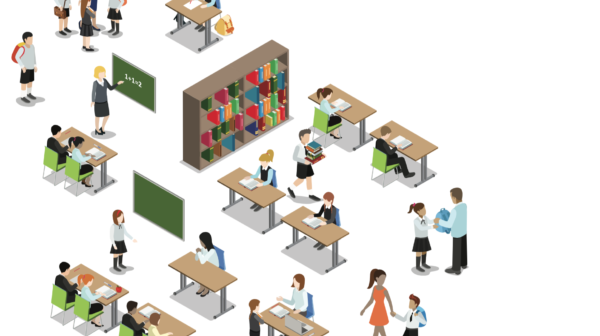 Conventional wisdom states that smaller schools provide students with a better education. But studies of education systems around the world show that growing schools could actually fix the UK’s poor student outcomes.

The UK’s school system is in trouble, despite the fact that the last two decades have seen massive changes in the state’s education sector. In the past 15 years, the UK’s four countries have spent £550 billion on operating and enhancing their secondary schools. In the same period, England alone closed 35% of its schools (1,500 institutions) and opened almost 2,000 new ones. Nonetheless, little has improved.

In a quarter of England’s schools, less than a third of students still graduate with GCSE grade C or above in five or more subjects – the same as 15 years ago. And, more worryingly, the number of schools where no students leave with five grade Cs has doubled, as other schools use them as dumping grounds to improve their own results. The strategy seems to be increasing bad practice, rather than creating good.

In 2016, only 65% of all English pupils graduated with five or more grade Cs compared with 50% 15 years ago, at a cost of £37 billion per percentage point of improvement. The UK as a whole spent the 8th largest amount of 34 OECD countries, but only came 19th in mathematics, 16th in reading and 14th in science. So, what’s going wrong?

Well, maybe it’s not how much they are spending, but who they are giving it to. Maybe, rather than trying to fix their Low Lights (their worst schools), they should encourage their Bright Lights (their best ones) to grow. The evidence shows that they already have the right leadership, culture and capability in place. Why not get them to do more? Why not challenge their Bright Lights to teach in their most deprived areas, as well as their most affluent ones?

If England had increased the size of its Bright Lights by 10% each year in the last 15 years, rather than trying to fix its Low Lights, its test scores could have improved by 21 percentage points, rather than 15. And, if it continued this strategy, then it would be the highest performing OECD country in 25 years, with an estimated £12 billion to £25 billion increase in UK gross domestic product along the way. The current strategy isn’t working. It’s time for a new one.

Schools and education in the UK

Education in the UK is devolved to the four nations that make up the British union. For this reason, most of the qualifications data relates only to England, although total spending figures are mostly UK wide. Academy schools are a model of schooling that is available only in England. There is no provision for the model in the other three nations of the UK.

Fumbling in the dark

England’s strategy over the last 15 years has been to try to improve its education system by fixing its Low Lights (where less than a third of students graduate with five or more GCSE grade Cs, reducing their projected lifetime earnings by £140,000).

By putting these schools into ‘special measures’ and offering them up for tender to other schools, it hoped the whole education system would improve. But, it hasn’t. The English have thrown more and more money at the problem, spending 84% more on each child’s education than they did 15 years ago (£57,000 rather than £31,000). But, although half their schools have improved, the other half have declined – and the overall picture is still the same.

The number of Black Spots where no light shines (no students graduate with five or more grade Cs) has doubled to 900 schools, with over 28,000 graduates last year. And the new schools it has opened aren’t very good. Only 11% of them have become Bright Lights, and they’ve achieved this by staying small, 20% smaller than other UK schools. Their small size means they can be more selective, taking the best students from elsewhere, rather than creating new successes.

The evidence from the English experience is stark. It has spent a lot of money and created a lot of activity, but has achieved very little. And the successes it has seen came from reshuffling the good students it already had, rather than improving its schools. One Bright Lights leader told us, “The original philosophy behind setting up academy schools 15 years ago was to transfer the DNA from successful schools into failing ones, but this hasn’t happened. Most academy trusts have grown by bolting together failing schools, rather than good ones, hoping that by getting bigger, they would get better. But, it hasn’t worked – and the overall picture hasn’t changed.”

While the English were busy trying to brighten their Low Lights, what happened to their Bright Lights, where more than two-thirds of students graduate with five or more GCSE grade Cs?

The proportion of Bright Lights hasn’t changed, they still account for a quarter of all UK schools, but the number where 80% of students get five or more grade Cs has halved, and the number where 95% of students achieve this has quartered. So, even the Bright Lights aren’t as bright as they were 15 years ago. They have been allowed to stay small, limiting their potential impact on society. Some 80% of them are smaller than the average school in Singapore, the highest performing OECD country, and the independent Bright Lights are 22% smaller than the state ones.

Why is this? Do you have to be small to be good? No, you do not. In fact, results often improve as a school gets bigger. The 2016 PISA student assessment study found that test results improve by up to 20% every time a school doubles in size in most OECD countries. And, it’s hard to imagine why the UK should be any different.

As one Bright Lights leader says, “As our school has doubled in size over the last 15 years, we’ve had more resources to invest in facilities and teachers. And having more students made it easier to stream them, tailor teaching methods to their different needs, and offer more subjects, extracurricular activities and pastoral care. In other words, we could offer a better and broader education, to a broader range of kids, as we grew. As a result, 28% more children graduated from our school last year with five or more GCSE grade Cs than they did 15 years ago.”

Another Bright Lights leader explains, “I used to think you had to be small to be good, but this isn’t true. You can make a school feel small, even if it’s big, if you structure it in the right way. I’ve visited schools in India and the Middle East with 5,000 or 10,000 students, which feel like they only have 100 kids, because they have small class sizes and operate across multiple sites. As long as these sites are close together, they can share ideas, resources and facilities, so you get the best of both worlds – the advantages of scale, in an intimate environment.”

Turning school improvement on its head

What would have happened if we’d spent the last 15 years trying to grow our Bright Lights, rather than brighten our Low Lights? A similar change in strategy helped the charity Save the Children reduce malnutrition by 80% in Vietnam over two years, after decades of getting nowhere. Instead of trying to fix the problems in their worst areas, they started expanding the practices in their best ones. Could a similar strategic shift help transform our schools?

“The challenge is to work out how quickly you can grow a good school without disrupting what made it successful in the first place,” one Bright Lights leader responds. The general consensus of the Bright Lights leaders we spoke to, is that it’s feasible to grow a school by 10% of its current size each year, so it doubles in size every 10 years. And this can be achieved simply by adding an extra two to four classes each year. We also found that many Bright Lights would relish the challenge of teaching in our most deprived areas, as well as our most affluent ones.

“It would be very exciting to be part of a long-term, countrywide educational strategy, where all schools work together to improve standards across the UK,” one Bright Lights leader says. “We’ve worked very closely with another school in a nearby deprived area over the last five years. It’s been a great experience, with us learning as much as them. They’ve had access to our resources, facilities and extracurricular activities and it has shown that good teachers, in both schools, can teach anyone. They know their subject inside out and quickly adapt their teaching methods to different needs.”

If England had adopted this strategy 15 years ago, and its Bright Lights had been able to maintain their performance while growing, then UK test scores would have increased by 21 percentage points, rather than the 15 it actually achieved. If it were to continue this strategy, then it would catch up with Singapore in 25 years and all its children would be in Bright Lights in 30 years. And this would increase UK gross domestic product by between £12 and £25 billion along the way, as better educated students are more knowledgeable, more innovative and earn more money.

Not only would England get a better return on investment, it might find it’s easier too. As one Bright Lights leader explained, “I’ve led both successful and failing schools, and it’s much easier to grow a good school than fix a poor one. Everyone wants to be part of a good school, not a failing one, so it’s easier to attract staff and students. It’s also easier to develop them once they arrive too. They see what ‘good’ looks like – it’s all around them – and they get a lot of support from the other staff and students already in the school.”

Growing our Bright Lights in practice

Although most of England’s Bright Lights haven’t grown in the last 15 years, 5% of them have doubled in size while maintaining exam results, and 23% are now larger than the average school in Singapore. How have they done this? Well, their most common strategy was to gradually expand by setting up another school nearby, typically less than ten miles away, so they can easily share resources and learn from each other. A Bright Lights leader, whose school has successfully doubled in size, explains, “We’ve grown slowly by taking on two extra classes a year on to a second site, eight miles away. We could have expanded more quickly, but we didn’t want to run before we could walk.” And another successful one told us, “A school can lose its sense of identity and quality control if each site gets too big. We set up three different sites to stop this from happening. And we’ve learnt the hard way that they need to be close together, so that teachers and students can move easily between them. As soon as this movement stops, then barriers start to appear. People are less willing to help each other and it’s harder to maintain a consistent culture across the school.”

Time for a radical change

“Time is critical in a school,” one Bright Lights leader explains. “Children only get one chance for a good education. Every year lost is 20% of their secondary education that can’t be recovered.”

It is too big a risk to simply repeat the strategy of the last 15 years. Throwing more money at Low Lights, trying to brighten them. Creating more activity, that has no impact. The lesson from England is that it is best to build on existing organizational strengths. The answer already seems to exist in some Bright Lights, which have shown it’s possible to grow while maintaining results. We need to learn from them, and encourage other Bright Lights to do more. 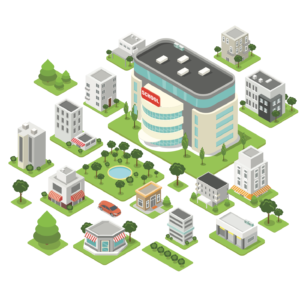