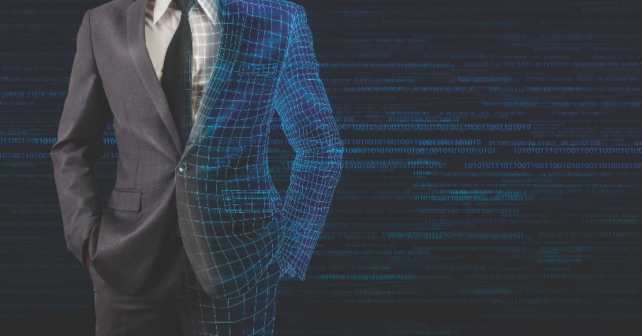 Tony O’Driscoll explores how to achieve business transformation through a people-centered strategy.

Since 2000, more than half of Fortune 500 companies have disappeared. And the future looks even grimmer: Innosight forecasts that 75% of today’s S&P 500 companies will be replaced within a decade. Organizations are perishing at an alarming pace because they can’t keep up with intensifying change and complexity in the business ecosystem.

The existential threat facing organizations is clear. They must change, or they will die.

BCG reports that people in organizations that have a complicated structural, procedural and/or governance change imposed upon them are three times more likely to be disengaged than those who don’t. As Charlene Li has argued in her 2019 book The Disruption Mindset, organization change works when you identify the key beliefs and behaviors you want to change and then create new supporting structures, processes and governance mechanisms – not the other way around.

As my latest research with Brightline emphasizes, successful organization transformation requires an empathic, people-centered approach to change that nurtures a culture of aspiration, alignment, autonomy and accountability. There are ten key elements of a people-centered transformation framework (see Figure 1). 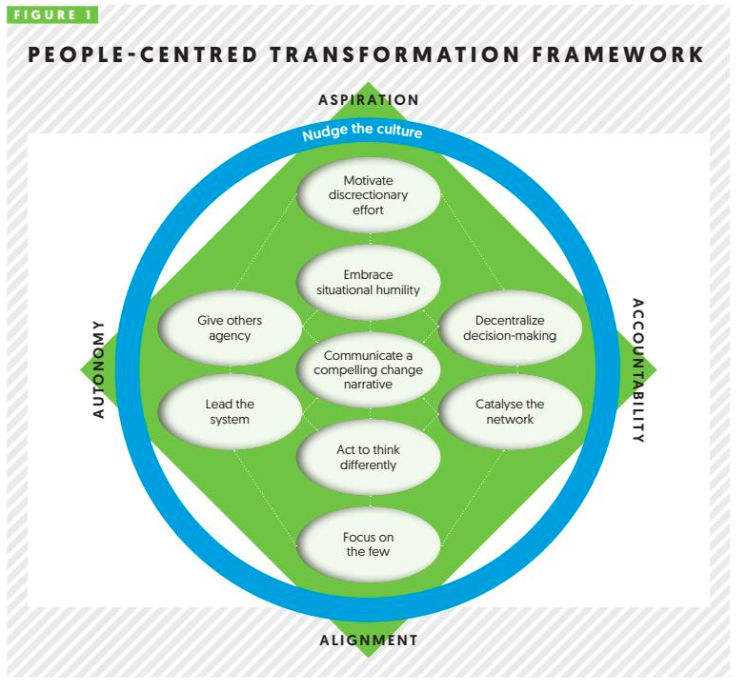 In 1963, Dr. Martin Luther King did not say, “I have a plan.” People need to believe that the achievement of a shared aspiration is possible and worthy of their effort before they are willing to change their behavior to make it happen. Communicating a compelling narrative that makes a purposeful, passionate, and emotionally resonant case for change motivates people to let go of the past and reach for the future.

Leaders must embrace what Amy Edmondson calls “situational humility,” by showing vulnerability, seeking help, asking questions and demonstrating that failure is acceptable. Humility helps to build the foundation of trust and psychological safety which gives others the confidence to engage in open, transparent and authentic interactions around change. This kind of trusted reciprocal interaction is critical: research has shown that failing to work together to make change happen is a significant barrier to successful long-term transformation.

Focus on the few

Upon his return to Apple in 1997, Steve Jobs eliminated more than 70% of Apple’s products and defined a simple two-by-two grid to bring clarity and refocus his company’s efforts. Job’s message was clear and simple: “Focus is about saying no.” While the benefits of collaboration are well documented, too much cross-functional teamwork can burn employees out and sap their productivity. To reduce collaborative overload, leaders must adopt a portfolio-based approach to change, ensuring that people’s energy and attention is squarely focused on the vital few change initiatives that matter most.

Discretionary effort is what people choose to do above and beyond what is required of them by the organization. It is a significant source of potential energy for strategic change initiatives, but extrinsic motivational levers such as fear and poorly-designed reward and recognition policies dampen people’s motivation to activate their discretionary effort. Leaders must instead focus on the intrinsic motivational levers that compel people to go the extra mile. This means tapping into people’s aspirations and giving them autonomy in return for accountability.

Charlene Li has shown that organizations which give their people agency – “the permission to take independent action or make changes without approval” – are far more likely to succeed in transformation. By giving others agency, questions of who leads and who follows are no longer defined by hierarchical positions, but by the situation. Leadership becomes a give-and-take process of social influence to maximize the efforts of others.

Rob Cross’s Organizational Network Analysis (ONA) research shows that leaders who are unwilling to let go of decision-making slow their businesses down. A recent Harvard Business School study found that 54% of organizations recognized as transformation leaders have decentralized decision-making, compared to only 15% of transformation laggards. Roger Martin envisions organizations as “decision factories” and argues that leaders should only make the choices that they are best-equipped to make. They should clearly explain the rationale behind those choices, clarify the choices everyone else has to make, and define the boundaries in which to make them.

According to a 2017 study by the Economist Intelligence Unit (EIU), sponsored by Brightline, organizations that excel at changing their business purposefully orchestrate dynamic connections and interactions between those who design a change initiative and those who deliver it. John Kotter argues that organizations must create a “second operating system” devoted to the dynamic design and delivery of strategy, using an agile, network-like structure and a very different set of processes. To boot up this second operating system, leaders must make silos irrelevant, place a premium on organization agility, and nurture an ecosystem of self-organizing cross-functional teams.

Peter Senge argues that we need a new kind of leader – a systems leader – to successfully navigate dynamic, complex and systemic change. Research from Deloitte shows that organizations that focus on building systemic level leadership capabilities attain 37% higher revenue per employee, 9% higher gross profit margin, and are five times more likely to be highly effective at anticipating and responding to change.

Another recent EIU study identified “cultural attitudes” as the primary barriers to successful strategy implementation (Closing the Gap, 2017). Edgar Schein asserts that culture cannot be separated from strategy, because strategic thinking is deeply colored by tacit cultural assumptions. Culture, therefore, acts as a limiting and resistive force to both the design and delivery of a strategic change initiative.

While culture itself is notoriously hard to change, it cannot be left to chance. The most successful transformation leaders recognize how to consciously and continuously nudge culture in the direction of aspiration, alignment, autonomy and accountability.

The four tenets of Brightline’s People Manifesto are: that followership matters as much as leadership; collaborative efforts must be strategically focused; culture can’t be left to chance; and people must believe in the change. The ten elements outlined above are designed to activate these tenets.

Martin Luther King did not have a plan. He had a dream that changed the world. Putting people first, by activating a people-centered transformation approach, can make organizational dreams real. 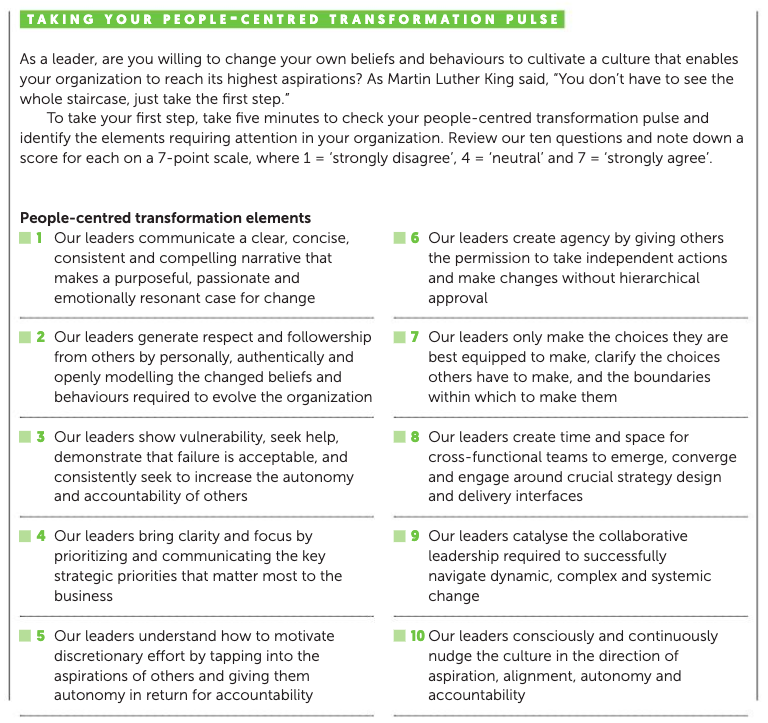 — Professor Tony O’Driscoll is research fellow at Duke Corporate Education. The research on which this article is based was supported by the Brightline Initiative and is available at www.brightline.org. This article first appeared on dialoguereview.com.