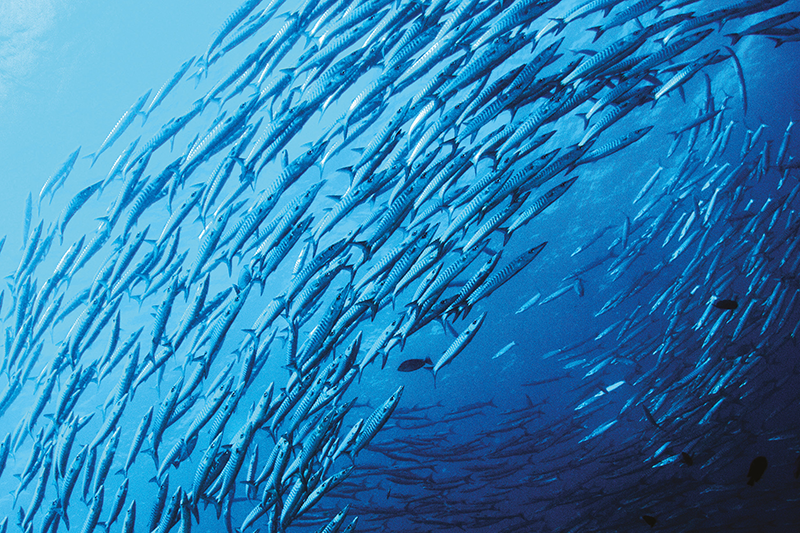 Leaders need to understand the components of a great culture for the digital age – and the levers for achieving change.

For many leaders, culture is one of the most nebulous concepts in business. It’s talked about constantly and blamed for lots of problems, but rarely seems well understood. Yet we know it’s powerful: when you join an organization you can instantly sense its impact and reach. Culture is everywhere.

Its importance first sank in for me when, as a strategy consultant struggling to help clients execute our recommendations, I heard the immortal words attributed to Peter Drucker: “Culture eats strategy for breakfast”. In the digital age, that rings truer than ever. Our world is volatile, characterized by exponential change and complexity. Yet our cultures reflect an age when predictability was high and winning meant building stable so-called ‘competitive advantages’: cultures drove control up, risk and variability down, had people ‘stay in their lanes’ and encouraged leaders to act ‘inside-out’.

That era has gone. Understanding the new characteristics of winning agile cultures, the importance of antifragility, and the four levers for shaping culture will be essential for leaders everywhere to succeed in the digital era.

An essential reference point for thinking about culture today is Nassim Nicholas Taleb’s Antifragile. Taleb argues that amid exponential change and complexity, organizations need more than resilience (the ability to resist shocks) or robustness (to take shocks and bounce back the same). The antifragile organization actively and deliberately interacts with its environment, engaging with volatility to learn. It gains from disorder. Machines can be made resilient, but an antifragile organization is more like a living system, able to adapt and grow stronger because of its environment.

Antifragility is critical for agile companies because shocks and setbacks are inevitable for organizations that are compelled to move fast, pivot quickly and continually reinvent themselves.

Our research at Duke Corporate Education points to six characteristics of agile cultures.

Technology researcher and entrepreneur Jack Hidary asks: “How many surface areas does your organization have exposed?” His analogy is with high-glycaemic index foods: with more surface areas exposed to stomach acids, they deliver sugar faster. If we limit our organizations’ exposed surfaces, we limit their ability to ‘metabolize’ the world around us and adapt.

In the digital age, as Venkat Venkatraman points out, becoming outside-in means using data to build a deeper understanding of our customers, changing the scale of the problems we can solve – and opening up new value streams. Pharmaceutical companies illustrate the point. Gathering data and generating insights on patients’ experiences of living with disease has enabled them to find new ways to create patient value beyond making pills, such as diagnostics and personalized health tools.

As Rita Gunther McGrath has taught us, competitive advantage today is transient and strategy is emergent – so experimentation and innovation are central to strategy. We have to shift from the linear ‘Plan then Act’ mindset to the more cyclical ‘Act, Learn and Adapt’. Iterating and adapting is the optimal route to success.

Hand-in-hand with an experimental outlook is a shift in how we balance risk and speed. Culture needs to encourage risk-taking and value learning over getting things right first time. Speed, aimed at learning fast, counts for more than perfection, whether in strategy, product or service design. Waiting for complete information, certainty and buy-in on decisions is far riskier than moving fast. And faster decisions need to be backed up by faster mobilization of resources, measurement of impact, and sharing of lessons learned, to ensure that speed is purposeful, not blind or reckless.

Agile organizations are constantly changing direction, so people need enough autonomy to act and invent in the context of what’s happening. This relies on clarity about the organization’s core principles, purpose, desired outcomes and enduring values. Decision-making power needs to be devolved closer to the problem, with teams empowered to iterate and innovate: they need more context and less direction, and simple principles, not policies and regulations. As our colleague Lisa Bodell – author of Kill the Company – puts it, teams need guardrails not handcuffs.

The problems and opportunities we face are bigger and more complex than ever. Technology helps, but as problems turn into messy mixtures of technical, operational, financial and strategic problems, they become more human. Ultimately, social interaction – thinking and inventing together – is essential, as Vivienne Ming points out. That’s why her description of the robot-proof job of the future is “creative, adaptive problem-solver” and “problem-explorer”.

As organizations try to cope with complexity, more and more work is being done by project teams. Those teams have to look outward and connect with others to share and build ideas, knowledge and learning. We need a new level of interconnectedness in terms of both volume and velocity. As Amy C Edmondson’s research suggests, ‘teaming’ (verb) becomes more important than rigid ‘teams’ (noun) for sharing at speed.

Frictionless organizations are those where it’s easy to work, and which are easy to work with. It’s how Amazon describes its customer experience: the more obstacles between your product and customers, the less likely a customer is to complete a transaction or return for another.

In the past, as organizations grew, they added complexity. Agile organizations are figuring out how to remove unnecessary complexity. An agile culture should make it easy for customers to buy, for suppliers to serve you and for employees to get their work done.

Comparing smartphones and old feature phones illustrates how we can think about shifting culture to support these winning attributes. Smartphones have the same basics – hardware, an operating system and built-in features – as older phones. But today, users can customize their smartphones’ functionality by installing apps. Likewise, organizations have hardware (policies, structure and processes), built-in features, and a ‘human operating system’, which is culture – and plenty of space to add ‘apps’ that change functionality.

When installing apps, we are never starting from scratch – and likewise, some features of organizations’ cultures are necessarily hard-coded. They may be shaped by the industry – the pharmaceutical sector’s focus on the scientific method, say – or by a company’s past, which can provide a powerful sense of continuity. That’s why Drucker himself advised against completely altering a culture. Even when aiming for extensive change, leaders need to simultaneously defend and preserve certain aspects of the existing culture.

Daunting as it seems, culture change can be achieved, especially if we think about ‘shaping’ or ‘crafting’ culture. Leaders have to find tangible levers for change – and we identify four groups of levers, derived from the work of Johnson and Scholes. Each set of levers has both formal and informal expressions.

One of the most readily available levers is workflow, including both formal processes and informal methods and routines. It includes how you make decisions, who’s involved, how you do business planning and operating reviews, your management routines, and even how you do one-on-ones. A number of small changes to everyday workflows can have an enormous impact.

In my previous company, a software start-up, we were launching a new hosted software solution. It had stability issues, so the development team had to meet daily to resolve problems. These meetings were very technical, usually over 90 minutes, and unproductive. And this was a start-up! We tried a different approach: we set it for 5pm and met in the centre of the office, standing up in a circle. Everyone was motivated to keep the discussions focused and short: with hard choices about what people brought to the meeting, we got them down to about 10 minutes, while greatly improving our delivery and customer satisfaction.

This refers to what you formally measure and reward, but also how you informally recognize and prioritize, signalling what matters to you and the business. While often underused, this is one of the fastest ways to signal a change. One of our biotech clients found that sharing praise publicly via internal social media did more to generate new ideas than their previous method of private monetary rewards.

Formal authority, reflected in organization structure, is often the first go-to lever in culture change initiatives. But structures and job descriptions are relatively hard to change. Shifting how influence happens via informal means, such as through social networks, can have an even greater impact on behaviour, how work gets done and how decisions get made – and it’s easier to implement.

One of our technology clients led two separate business units – one commercial, one technical – that were brought together formally to improve alignment. The formal step of putting them under one leader only had minimal impact. So the leader started to leverage his monthly status meeting with the leadership teams of both units, engaging them in a facilitated after-hours networking event (complete with drinks and food) in which they shared their ‘biggest business problem’. What emerged were new connections based on their shared work and even solutions to previously intractable issues.

Rosabeth Moss Kanter at Harvard teaches that ‘meaning-making’ is a central function of leadership. Again, this happens both formally and informally: through things like purpose, vision and strategy, but also through shared stories about the business, its people, and the behaviours and outcomes we want to reinforce. Meaning can also come through symbols, such as how an office is laid out, or the settings we choose for our meetings.

One of my clients, a major global pharmaceutical company, was opening a new site in Europe. At the time, the firm was engaged in a change process to become more patient-centric. The region’s head of marketing had a great idea: use the grand opening event, attended by executives from around the world, to hear from a transplant patient who was alive because of the company’s medicines.

The patient’s story had an enormous and enduring impact. Years later, I still hear stories about this story; that’s how powerful it was in getting people to refocus on their purpose and on patients’ needs. It has taught me never to underestimate the power of stories, especially personal ones.

It’s often said that culture is invisible precisely because it is ubiquitous. As the saying goes, the fish doesn’t know it’s wet. However, in a world where winning demands agility, there’s little doubt that culture matters. The challenge for leaders comes down to the pressing need to unleash the inventive and adaptive power of collective human creativity, to ensure their companies flourish in this new age. The good news is that culture is shapable – and small, deliberate interventions can have a big impact. It’s time to notice the water.