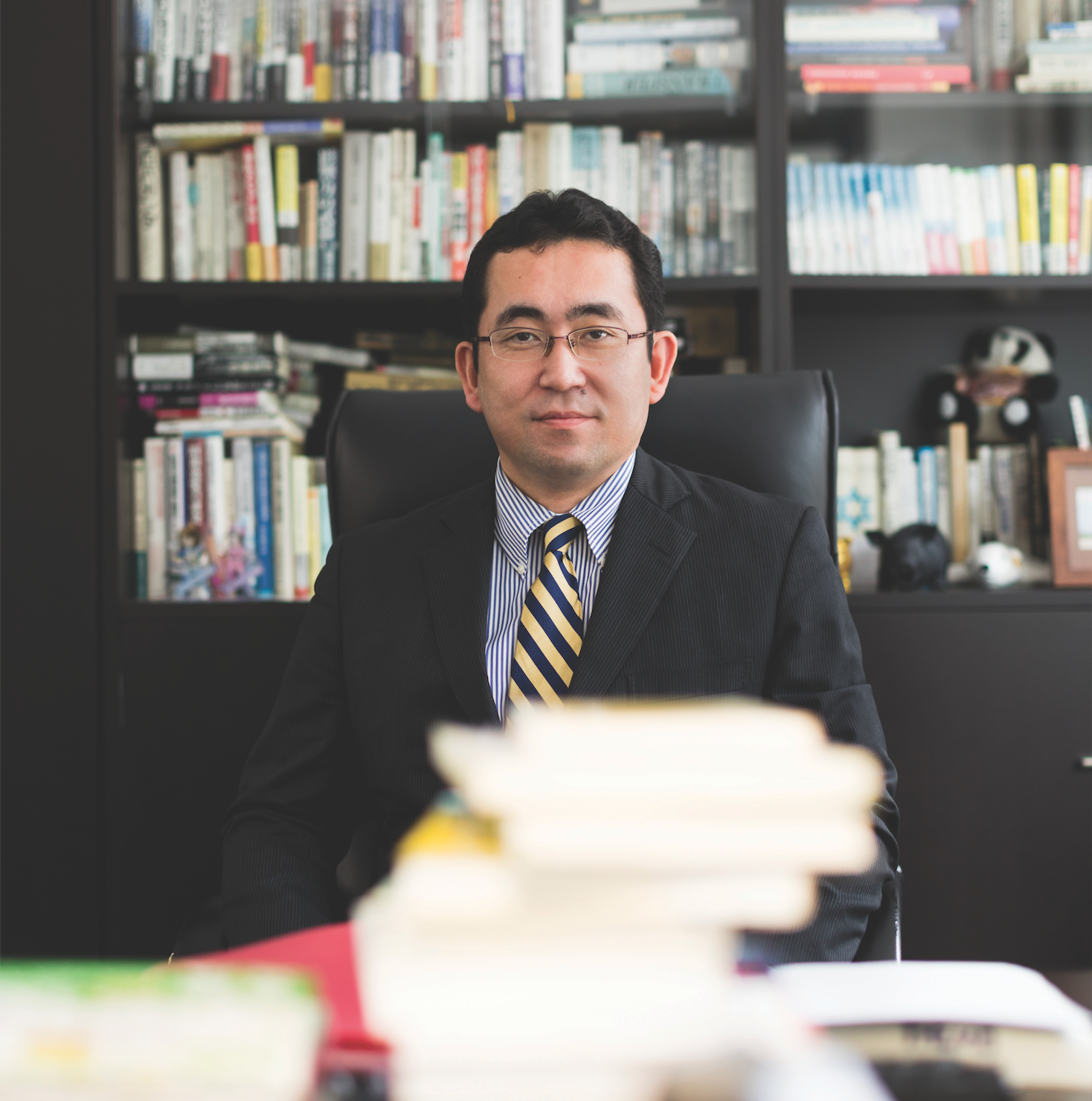 Takeo Harada describes how Japan can break out of its innovation slump.

Previously at the forefront of global innovation and the international boom in electronics, Japan has become the world’s forgotten power in many ways. After a period of deflation beginning in the 1980s, Japan lost its status as one of the world’s greatest innovators. “The Japanese were unprepared in the 1980s,” says Takeo Harada, who served for 12 years as a senior diplomat in Japan’s Ministry of Foreign Affairs and is now the chief executive of the Institute of International Strategy and Information Analysis. “The Japanese were enjoying the Heisei bubble economy, and it just stopped. They were not aware what caused the bubble economy – so it was quite natural that they didn’t know how to respond to its collapse in 1991. Its lost two decades were just beginning.”

Harada believes that Japan remains in a state of bewilderment as to how its fall from grace came about – yet is strangely more optimistic than most about its long-term future. In his book Pax Japonica he urges the Japanese to consider again their relationship with the US, and the nature of the post-war settlement that he says shackled it to the economy of its enemy-turned-ally. In 1945, Japan was occupied by the Allied Powers, the only time it has been occupied by a foreign power. The occupation ended on the signing of the San Francisco Peace Treaty in 1951. The US became not just a diplomatic ally, but an economic one too. Much of the US’s market principles were adopted and a benign balance of payments between the US and Japan agreed.

Yet the new relationship also opened routes for talent to leave Japan. The economic highway to the US, says Harada, would later contribute to a transpacific brain drain, blunting, he argues, Japan’s prospects of recovering from its malaise.

Harada speaks of Japan as a nation of “failed innovation” – a far cry from the cutting-edge giant that eclipsed all-comers in the late 20th century. “In the period of oil shock in the late 1970s, the government of Japan tried to gather all the scientists from the Japanese private universities and colleges to try to encourage them to accelerate their innovations,” he says. “By the time the bubble economy took hold in the 1980s, this innovation drive was forgotten and the talented scientists were forced to go abroad, particularly to the United States.”

Harada now observes a reverse in attitudes – the talent wants to come back and “make a renaissance”, he claims, and help Japan build its way out of the spiral to which it succumbed. Yet he senses a reluctance within Japan itself to unshackle itself from the postwar consensus built after the US occupation after WWII: “There is a huge dilemma,” he says. “Every single sector adapted US policies. Now [if they change the model] Japanese business leaders live in fear of being shunned by the US.”

Nevertheless, Harada expects the repercussions of the pact to taper off as the end of the war approaches its 100-year anniversary. “That’s only 27 years away,” he says. He talks about a period of renewed Japanese dominance as the US influence on Japan continues to dwindle. This renaissance period – which Harada calls Pax Japonica (hence the name of the book) – will be triggered, he says, by a growing perception among the Japanese of independence. As the country’s millennial generation comes of age and grows into positions of power, he suggests, Japan has a “50-50” chance of wriggling free of the old model. “One of the triggers will be the new awareness of the ordinary Japanese,” he says. “We were used to living in the previous reality of the US-Japan alliance. In the era of Pax Japonica we should think by ourselves to make something happen for a better world. One of the triggers of the renaissance must be the recognition of the ordinary Japanese that Japan could play a much bigger role in the world community.”

More than 20 years after the asset bubble burst, Japan has the highest level of public debt as a proportion of GDP among the world’s advanced economies. This autumn, Prime Minister Shinzo Abe – the architect of the ‘Abenomics’ policy of trying to reflate the Japanese economy through fiscal stimulus, and a landslide winner in Japan’s recent general election – indicated that he might abandon the goal of covering key public expenditure through new taxes. At the time of writing, the cost of insuring Japan’s government debt against default rose to a 15-month high. “The prospect for extra revenue to be spent rather than being used to pay down Japan’s debt is a factor of higher bond yields,” Shuichi Ohsaki, chief rates strategist for Japan at Bank of America Merrill Lynch, tells Bloomberg. “There also appears to be some speculation that such a policy move will lead to a sovereign downgrade.”

Harada shares a view with a minority of other economic forecasters that a Japanese financial crisis could arrive by the turn of this decade, yet argues that – as with the oil shock that triggered vast investment in innovation in the 1970s – this could provide the impetus for rapid renewal and restoration. He advances a theory that the Imperial House itself could step in to pump the economy with investment in technology if Japan suffers a major economic shock in the coming years. The resurrection, he suggests, must come from the state because the focus of Japanese private-sector investment is overseas – Japan is the biggest creditor nation in the world.

“We are in a liberal economy where we cannot forbid our companies to hold foreign assets,” he says. “Since Abenomics, our wealth has been in held in external assets. The government cannot appropriate the private wealth that these companies hold… [But] the Japanese Imperial Family still holds huge financial power even compared to other royal families across the world. This could be released in the case of a significant disaster.

“If the Japanese economy collapses, then the Japanese, even its government, will be forced to be innovative again, to release new technologies across the world. When this day comes, Japan will think by herself again. And she will play a much bigger role in the world. It might sound ridiculous, but the trigger for Japan’s renaissance could be the default of the Japanese economy.”

The preference of Japan’s younger generation to embrace the future – rather than dwell on Japanese tradition; Japan’s high level of education; its benign climate; and good level of English-speaking – means it can reclaim its place at the vanguard of global development, he suggests. The alliances Harada has built, particularly during his time at Japan’s Ministry of Foreign Affairs have, he says, have given him to the notion that the Japanese state is prepared to help this great power rise again. “I have been closely connected to the network that dedicates itself to the Japanese Imperial House,” he says. “It is time to show that the role of the Japanese nation will change.”

Harada’s predictions sound improbable. Certainly, the markets don’t appear to agree with his 50-50 gambit that the Japanese banking system will collapse within three years – although supporters of his view will point to the overarching economic optimism in the world economy in 2005, three years before the global financial crisis caused meltdown. Yet even if Japan avoids the full-blown economic maelstrom that he feels could trigger Japan’s resurrection, it is possible that the country’s journey to the brink might reawaken the nation, particularly with a youth that is untrammelled by the post-war settlement with the US. The younger leaders now have tickets to the future, he blogs. “They are about to overcome the previous status of Japan as ‘observer’ and change it to another one as ‘player’… beginning with the total reform of Japan’s nation based on technological breakthrough.”

— Takeo Harada started his career in the Ministry of Foreign Affairs in 1993, where he was dispatched as attaché to Germany and studied at the Free University of Berlin and the Eberhard Karls University of Tübingen. He retired from the Ministry of Foreign Affairs in 2005, after serving as section leader for North Korean Affairs, when he visited Pyongyang as a member of the Japanese official delegation in 2004.