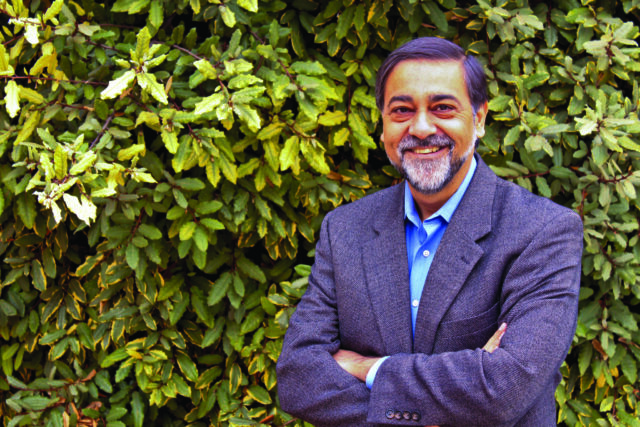 Twitter’s hiring of Parag Agrawal is a symptom of an irrepressible trend.

Indian youth is surging to the top. At the tender age of 37, the new Twitter chief executive Parag Agrawal is now the youngest chief executive in the S&P 500. It is unlikely that his youth will be a rarity for much longer – nor his ethnicity.

Agrawal is just the latest young alumnus of India’s top universities to hit the big time. He won’t be the last. Indians already feature in numbers at the pinnacle of US tech firms. Arvind Krishna is chief executive of IBM. Nikesh Arora is his counterpart at Palo Alto Networks. Microsoft is headed by Hyderabad-born Satya Nadella. He shares his birthplace with Shantanu Narayen, the top man at Adobe.

What is it about my compatriots that makes them uniquely suited to leading-edge tech? Education is key – the Indian Institutes of Technology (IIT) and their ilk have a track record of creating entrepreneurs that are fit to make the future. Yet there is also something about India itself that sharpens brains and gears them to smash the status quo. When IIT graduate and Sun Microsystems co-founder Vinod Khosla said that growing up with multiple communities, customs and languages gave Indians the ability to “navigate complex situations”, he was right. But he only told half the story.

India is the world’s most mercantile nation. But it is also probably its most bureaucratic. True innovators command a healthy disregard for rules. They agitate to break down the barriers that surround us. Nowhere on Earth are obstructions to innovation more enthusiastically created than in India. Just as Indian schoolboy cricketers, taught to bat on unforgiving dust tracks, grow up to be consummate players of spin bowling, the hazardous red tape intrinsic to south Asia makes for world-beating entrepreneurs. You don’t learn to navigate chaos when all around you is calm.

Once they graduate via this nation-level school of hard knocks, a further filter is applied: emigration. My research at Duke and Harvard universities reveals that the Indians who migrate to the US tend to the highly entrepreneurial. According to the US Census Bureau, 76% of Indian immigrants aged 25 and above hold a bachelor’s or higher degree. They are – almost universally – proficient English-speakers. Only ambitious risk-takers willingly leave friends and families behind to shoot for success in foreign lands. By their very nature, they are a highly enterprising breed.

In Silicon Valley, Indians’ disproportionate impact is breath-taking. My research shows that my countrymen founded almost 16% of techs in the Valley, despite constituting just 6% of its working population. The United States itself changes Indians too – often for the better. The dilapidating hierarchies of Indian life are anathema here. At home, the caste system survives. But in the Valley, Indians do something they did not do in their birthplace – they help each other regardless of religion, birth region, or caste.

The first few who cracked the glass ceiling had open discussions about the hurdles they had faced. They agreed that the key to uplifting their community, and fostering more entrepreneurship, was to mentor the next generation of entrepreneurs. They formed networking organizations to teach about starting businesses and provided seed funding to one another.

In a land of more than a billion people, hampered by rampant corruption, weak infrastructure, and limited opportunities, it takes a lot to simply survive, let alone get ahead. Indians learn to be resilient, battle endless obstacles, and make the most of what they have. In India, you learn to work around the problems that an unjust state and society create for you. Entrepreneurship, along with the creativity and resourcefulness required to deal with all the obstacles, is part of life. And American techs are reaping the spoils.