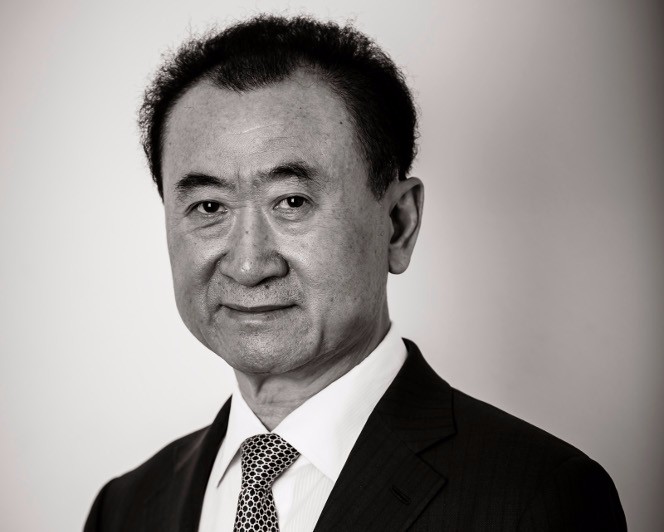 Wang Jianlin first learned the importance of systems thanks to a few grains of rice.  As a 15-year-old completing his national military service, he marched 20 miles a day through knee-deep snow. Meals were tightly rationed. But Wang’s squad leader told him the secret of never going hungry. “When you go up to fill your bowl with rice, first fill it only halfway,” the squad leader told the young Wang. “No matter how slowly you eat, you will still finish your rice before the others, and can have seconds. Then fill your bowl to the brim and you won’t feel hungry. Never foolishly fill up your bowl at first serving, because when you go back for seconds there will be no rice left.” According Jianlin’s new book The Wanda Way, the secret system worked – Wang never went hungry again.

After 16 years in the People’s Liberation Army, Wang went into business, designing organizational mechanisms that would make him rich, propel Chinese business onto the world stage, and bring prosperity to his employees, whom he claims are the best paid in their sector in China. His passion for systemization was one of the major factors that led him into business. He became an entrepreneur, he says, “so management systems could manage companies instead of their being managed by people”.

His answer comes as a shock because it is so unusual. Most Western company leaders rush to emphasize people power as the driving force of a successful organization, whether they really believe it or not. But Wang’s hero is Jack Welch, the heavily systemizing former boss of General Electric who created league tables of staff, fired the weak ones, and showered the best with stock options and other incentives. “He is not only the master of management – he has lots of philosophies and ideas on management – but also highly respected by the business community in China,” says Wang. “Jack is the greatest person I admire.”

Wang is president of Dalian Wanda, the behemoth that dominates the Chinese entertainment and property sectors and reaches right around the globe. Systemization is at the heart of managing it all. Wanda has a global information portal into which its various companies pour their management and financial information. Wanda’s acquisitions “have to integrate into our information management system so we can monitor those companies on a daily basis in terms of their income and in terms of their cost”, Wang says. “We began the system ten years ago – we have a very strong R&D centre – and now we have a very strong system.” Wanda is ranked among the top companies in the world by CIO magazine, Wang points out. “We are the only Chinese company listed.”

The organization’s business information management has become ever more crucial as it has grown. It has been on a rampant acquisition drive; in the past five years it has picked up the US entertainment chain AMC and the British luxury yacht brand Sunseeker. It also has a 20% stake in the Spanish football club Atletico Madrid, although Wang assures Dialogue that this was a favour to the club’s owner Miguel Ángel Gil Marín, whom Wang counts as personal friend. “It wasn’t,” he says, “part of our strategy”.

In those foreign businesses in which Wanda owns a majority share, the management structure and company cultures have, largely, been left untouched. But the acquired companies soon voluntarily climb aboard the Wanda data train, Wang says: “After a while, many find it’s more applicable and user-friendly to use our own software, so they apply our system,” he says. The systemization and homogenization has it its limits: “Many business owners would like to unify their companies into one system, but we respect the cultures of different companies. AMC has 100 years of history so we respect its own cultural background, we just incorporate its information into our information management system. With Sunseeker it’s a high-end luxury brand – we respect its tastes and cultural differences, so as to maintain its originality.”

Perhaps Wang was drawn to Sunseeker by his Anglophilia. He recently purchased an £80m house in west London. His son, Sicong, was educated at Winchester College and University College London. And Wang says the English are the “friendliest of all Westerners”. Yet he offers some home truths for them. “I really encourage UK companies to have their senior management team and CEOs to be local people – and appoint only a chairman from [their Western] headquarters.” That key point grasped, they still have work to do. Wang appears to reject the received wisdom that Westerners in general, and particularly Anglophone ones, rush their Chinese counterparts into a deal, fail to build up trust and develop relationships, and are too keen to clinch new business without putting in the necessary groundwork. Instead, Wang warns that the British are too meek in their dealings with the Chinese. They should, he suggests, look across the Atlantic for lessons on how to deal with them. “Compared to US companies, UK companies are more conservative,” says Wang. “They are not spearing ahead, and they are not bold enough to do business with China.”

It’s time for the Brits to shape up, he asserts, because the environment for trading with the Eastern superpower has never been better. At the UK launch of The Wanda Way, barely a sentence was uttered that did not include the words ‘golden age’, and Wang rolls it out again. The proactivity of London’s politicians is bearing fruit, he says. “We should regard this period of time between the UK and China as the best time – a golden age,” he says. “Through all these interactions between our top political leaders, we have established a very good relationship between our two countries, and our two governments. It’s a very good time for us to do business in bilateral ways.”

I wonder why it matters to him so much. China is already the world’s biggest national market, consumerism is booming there. It’s possible for Chinese magnates to lead one of the biggest companies in the world without ever leaving their home territory. As it turns out, Wang wants to get into the West so he can buy its companies’ IP and scale the product immediately for Chinese consumers. “The businesses we have acquired can be transplanted into Chinese markets,” he says. “After we have made those mergers and acquisitions we can quickly have the IP and transplant it into the Chinese market – we can leverage the IP we have acquired. Take the World Triathlon Corporation. After we acquired WTC, we soon had the IP of Ironman – and we now have two Ironman races in China.” Despite rumours about his interest in recently relegated English club Aston Villa, Wang claims to have little interest in investing further in football clubs. Instead, it’s the rights to show the games that excite him. “In sports assets, we are interested in companies that own the IP,” he says, “or the media rights or the marketing rights, instead of a football club [itself]”. I wonder whether he’d be interested in doing a deal with Sky Sports – the Rupert Murdochowned TV network that owns the rights to some Premier League games in the UK – or BT Sport, Sky’s archrival, which also broadcasts live matches in the same competition. Wang smiles. “We are very interested,” he says.

Ever with his eye on goal, Wang will push and push to make his global dream come true. He puts much of his success down not to raw talent but to tenaciousness, arguing that perseverance is the key to success. He encountered barrier after barrier when trying to establish Dalian Wanda as the global giant it is today, he says, but a refusal to give in got him there eventually. “The areas we have entered into are brand new – they are avant-garde in the Chinese market – shopping centres, sports, entertainment and tourism,” he says. “We are number one in these markets. We faced many challenges and difficult years. Had we not kept moving forward we may have failed many times. After these successful experiences, we came to the conclusion that perseverance is always the key to success.” Certainly, at 61, there is no let up for Wang personally. I ask him to describe a typical day – expecting to hear of a plural, networked existence that bounces between home, office, client and private jet. What I get is corporate austerity. “I get to the office at 7am and get out of work at 8pm,” he says. “I work more than 12 hours a day. It’s mostly seven days a week.” Does he never tire? “I’m probably a workaholic!”

This work ethic is regularly trotted out as a characteristic of ‘the Chinese’ but Wang isn’t keen on his countrymen being seen as a homogenous society. “China is a diversified country with many cultures,” he says. “It has 56 national groups – and we speak a thousand different dialects.” Does he have any advice about how that affects business in China? “With all this diversity, we believe that for small and medium-sized businesses it’s better to find local partners,” he says. Given his international outlook and fondness for the West, you’d think, if the deal is right, Wang would be keen to help.

An adapted version of this article appeared on the Dialogue Review Website.