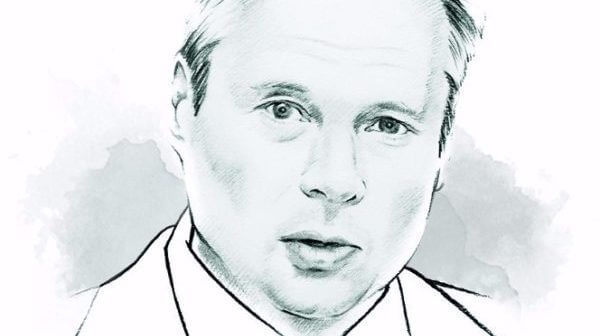 Mike Canning learns how harnessing our imagination holds the key to success.

In The Origins of Creativity, Pulitzer Prize-winning biologist E.O. Wilson says, “Creativity is the unique and defining trait of our species.” This will certainly be the case in the business world in the 2020s. As the rate of change accelerates, problems will tend to be emergent – with robots taking on more of the routine tasks in every job. Theoretical neuroscientist Dr. Vivienne Ming describes the role of tomorrow’s leader as “creative, adaptive problem-solver/explorer”.

AI in robotics is already replacing lower-level roles in agriculture, transportation and natural resources. Its sights are now trained on cognitive labor. Automated systems will soon outperform or displace humans in medical diagnostics, journalism, financial advice, and a raft of other industries. Thus, as Ming points out, “any job with a routine set of tasks, or whose primary task is advising” will be in harm’s way. The need for creativity is growing as both an attacking strategy for business and defensive strategy for leaders.

The good news is that our brains are naturally creative. In their book The Runaway Species: How Human Creativity Remakes the World, composer Anthony Brandt and neuroscientist David Eagleman provide fresh perspective, pointing to the importance of possibilities. For all the recent advocacy of mindfulness, the truth is that humans spend very little time living in the here and now. “This is probably the thing that makes our species really special,” says Eagleman. “A genetic tweak leading to the expansion of the human brain. As part of the expansion of the cortex, which is the wrinkly bit on the outside, we are able to generate these what-if scenarios, imagine things that haven’t yet happened.”

So, how can we turbocharge this wiring? Many assume that so-called ‘creative minds’ use highly nuanced methods to reframe or refashion the world around them. Yet Brandt and Eagleman propose a rather simpler thesis. It divides the creativity aspect of cognitive function into three basic strategies: bending, breaking and blending.

Bending is about creating variations, using shape, size, material and more to create new solutions. You take a source and twist it out of shape, transforming it to create new possibilities. The authors share examples from nature: for example, how a flapping-wing bird inspired the invention of a fixed-wing aircraft.

In breaking, something is taken apart and a new thing assembled from its parts. In the 1950s, when scientists were eager to determine the sequence of amino acids making up the insulin molecule, the molecule was so large that the task was near impossible. Frederick Sanger’s solution was to chop insulin molecules into more manageable pieces and then sequence the shorter segments. Thanks to Sanger’s ‘jigsaw’ method, the building blocks of insulin were sequenced, winning him the Nobel Prize in 1958. His technique is still used to figure out the structure of proteins.

Blending is about pulling things from various domains; where you have something that’s designed in one field and ask what it would be like in a new context. As Brandt points out, a well-known example is the Apple Store. In trying to create a premium hotel experience, Apple asked: “What would a high-end concierge be like in a consumer electronic store?” And that became the Genius Bar. By blending an experience into a new context, you achieve something that’s radically different.

These examples might seem grand. Yet they are illustrative of a simpler process we can all begin to practice in our own settings. Think of your next creative act. Now bend, break and blend what you know to solve the problem. Ask: “Could the existing idea be varied in some way?” “What if I took this apart and reconfigured the pieces?” “Could I combine this with something else to give us more capacity?”

We have the creative capacity to be “creative, adaptable problem-solvers” of the future. We just need to jump-start our imagination – our species defining characteristic – back into action. Brandt and Eagleman provide a useful framework from which to begin.