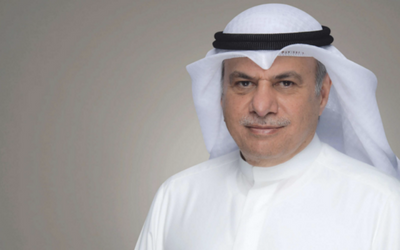 Adel Abdul Wahab Al-Majed, group chief executive officer at the Kuwait-headquartered Boubyan Bank, believes that no organization can achieve its goals without hiring the right people. There are two things that he deems of particular importance.

To explain them, Al-Majed tells a story about Moses that is found in the Qur’an. In it, Moses is a fugitive, fleeing the tribe of an adversary killed during a dispute. During his escape, Moses stops to rest at a well. Shepherds are bustling and harrying all around, trying to access the precious water for their sheep and camels.

Two of the shepherds are young women, who cannot easily access the well – men use their strength to preserve the water for themselves, but they leave the shepherdesses no room. If their animals cannot drink, of course, they have no chance of survival.

Moses offers to help the two shepherdesses, leading their animals through the throng to reach the well. They quench their ample thirst. Impressed by Moses’ attitude and the help he has given them, one of the girls recommends to her father that he hire the fugitive. The best people to hire, she says, are those who are “strong and honest”.

It is a story that guides Al-Majed today. “Of course, the people I recruit are good guys,” he says. “But the two things that I look for directly are strength and honesty.”

In ancient times, strength was physical – Moses needed the muscle to herd the sheep past the burly shepherds to the well.

Nomo is Islamic fintech, a digital bank run out of London that complies with all principles of Islamic Sharia. It is like a Sharia-compliant Monzo, a bank that exists in cyberspace and can be managed worldwide through a smartphone app.

“We said, ‘Okay, we’re going to compete on our strength – which is technology,’” recalls Al-Majed. “Our differentiator is that we’re going to be digital and Islamic – there is no Islamic digital bank. You must have a competitive edge.”

But being a pioneer was challenging: “There was no successful example that we could point to and say, ‘Let’s just do that,’” says Al-Majed.

The advent of Covid-19 made the project even more complex; the need for strong and honest men and women even greater. Yet, in its own way, the pandemic acted as a catalyst that promises benefits in the medium term, particularly in scalability and flexibility.

“Coronavirus changed our business model,” Al-Majed reveals. “Previously, working from home was unthinkable. Before, when you wanted to do a project like this, you’d have to bring all the people here to Kuwait.” The problem was that demand for working in the small Gulf state was finite.

“Not everybody wanted to be in Kuwait or relocate right away,” says Al-Majed. “But now it’s getting much easier. I have the group chief executive of the digital banks working out of Dubai. The guy who’s running the bank is working out of London. I have some of the team who are doing the coding in Egypt.

“So, this has brought us speed. Whenever we want someone, we look at that and we just tell him or her, ‘Okay, no need to relocate, stay where you are, and just join us’. The whole coronavirus experience changed the entire world and its way of working.”

The voice of the customer

This newfound worldwide work-from-anywhere model has delivered attendant benefits well beyond the flexibility of the workforce. Nomo began life as a relatively simple invention that did an important job well – allowing individuals and businesspeople who were seeking Sharia-compliant products and services to bank digitally at the swipe of their fingers. “It began as a plain vanilla product,” Al-Majed tells Dialogue. “The question we asked ourselves was, ‘Okay, shall we wait to deliver the whole offering, or do it as we go?’ The answer was that we would learn from the customer and accelerate with time.”

Nomo launched as a sterling-only product. It now boasts a dollar account, a euro account, and Apple Pay functionality. A Sharia-compliant digital mortgage account is planned. “We invest a lot of our time talking to our customers and watching what they do with the app,” says Al-Majed. “We also carry out regular surveys and involve customers in testing new products and services.”

“Understanding the needs and desires of the customer is one of the most important things to consider when creating products and services. We pride ourselves in being a customer-centric organization. The voice of the customer is central in creating the products and services that we deliver. It informs our approach in investment in technology and people.”

Sometimes, the customer reveals truths that have a direct role in shaping the products themselves. A recent customer survey sent to the whole Nomo customer base allowed Al-Majed and his team to hone their approach accordingly, by developing investment functionality that is aimed squarely at its market: customers who are interested in investing but might be inexpert or inexperienced. “We discovered that 52% of customers had average to below-average knowledge of investments, and only 28% had very good knowledge,” says Al-Majed.

“This showed us that when launching our investment products, we need to ensure we also educate customers about what investments are, what’s the difference between the different types and what they should consider before they invest. It’s important that we support our customers on how to become confident investors over time.”

To deliver its rapidly growing suite of products, Boubyan harnesses the skills of partner organizations across the globe, seeking companies that are already delivering the services demanded by Nomo customers that Al-Majed and his team can incorporate into the brand. Reinventing the wheel is not required. “These companies are already doing it,” says Al-Majed. “They know how it works. It’s like a plug-in and go.”

The space to perform

Boubyan’s role as facilitator, convenor and consolidator of banking services requires a rare mindset for a leader: the ability to relinquish control and delegate to outside expertise.

“As things grow and become more sophisticated here, it’s unrealistic for me to know everything, and to get involved in everything. It is undoable.”

The key, says Al-Majed, is to form an overarching methodology for how you want your organization to operate, then let those strong and honest men and women thrive and flourish within those parameters. Al-Majed is a fan of English football, a Manchester United supporter. He likens his role to that of a football manager: someone who picks the team, sets the strategy, then lets others enter the field of play to score the goals. “Here at Boubyan, I have a team that I can compete with,” he says. “We recognized that to be successful we needed to think and behave like a technology company rather than a traditional bank. This means we had to create a strong organizational focus on digital and let the teams work differently – allowing them the space to do that.”

He is remarkably open-minded about how Nomo operates in different territories, avoiding the trap of insisting on absolute brand consistency regardless of context. Partners in Saudi Arabia and the United Arab Emirates, he reveals, wanted to roll out Nomo under their own brand. Another, in Jordan, wanted to replicate the model exactly, retaining the Nomo brand.

“We are flexible,” says Al-Majed. “Which contributes to our strength – even when we meet with another bank, and this bank has a different strategy or a different objective to us.”

“A bank in Saudi Arabia wanted to have their name outside, not ours. The discussion was, ‘We will deal with you, we will use your infrastructure out of the UK, but you will not name this venture Nomo. We want our name on it.’

“The same came with a banker in Abu Dhabi. He liked the idea. But again, he said, ‘I don’t want to invest in the Nomo brand, but I want the infrastructure. You can host me under this with an agreement on how to share profits and cost.’ Then we went to a third country – Jordan – and they said, ‘No, no, no, we need Nomo!’”

This willingness to vary the offer in line with the customer and the prospective partner is the foundation of Boubyan’s strength. And it is a direct consequence of Al-Majed’s enlightened vision. “For us, it doesn’t matter,” he says. “It’s better that they use the Nomo brand. But, if that’s the deal-breaker, I don’t think now is the right time to start arguing and picking fights.”

Nomo’s growth – both under its own brand or that of other banks – is outstanding. Does Al-Majed think that the day will come where Nomo will be a global brand, a fintech giant for the Islamic world? As ever, his appraisal is simultaneously strong and honest. “What we need is to have the offering, have the customer base – a good customer base – and continue to make the agreements with other banks,” he says. “Three years down the road, who knows what might happen?”

Ben Walker is editor-at-large of Dialogue.