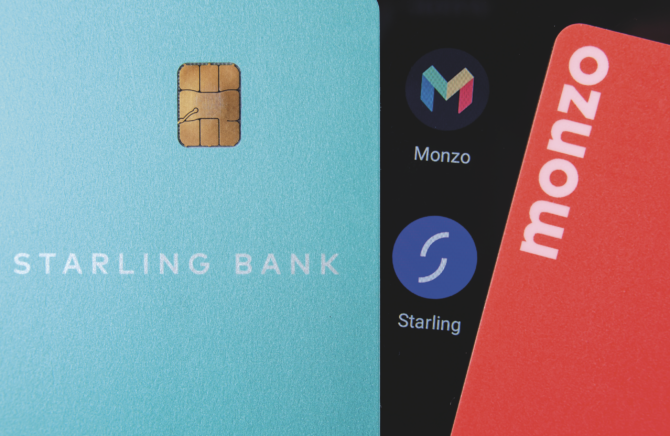 Legacy banks must deliver for customers – or they will disappear.

History is littered with quotes about the importance of customers in business. “Whatever you do, do it well,” said Walt Disney. “Do it so well that, when people see you do it, they will want to come back and see you do it again, and they will want to bring others and show them how well you do what you do.”
It was the great entrepreneur Sir Richard Branson who told the world: “The key is to set realistic customer expectations, and then not to just meet them, but to exceed them – preferably in unexpected and helpful ways.”

These are truths universally acknowledged by banks – which have been assuring us for decades that the customer is king. Yet the reality reveals that their clients are false monarchs – poorly served by a sector whose actions fail to match its words.

If you need evidence of poor customer treatment, look no further than the obsolete IT processes that are baked into legacy banking systems. These antediluvian technologies delay and overcomplicate the very basis of banking – transactions. Why should international suppliers wait days for payments to ‘clear’ when the technology is there to make those payments instantly? Given their lethargic systems, it is hard to imagine traditional banks turning their frustrated customers into raging fans.

We use the term ‘legacy banks’ determinedly, because their new, disruptive competitors in cyberspace behave rather differently. When they say “the customer is king”, these ultramodern fintechs act like they mean it: neobanks command a progressive mindset that focuses continually on developing new offerings to enhance life for their customers.

In sticking with the busted old ‘universal’ model, legacy banks have effectively shown that they’re quite content to keep peddling the same unfocused range of products and services – offerings that are wholly unsuited to the needs of today’s customers.

A first stage in reversing this malaise is the retraining of banks’ gaze on the right target. Traditionally, legacy banks have existed to maximize returns to their shareholders, a goal that even the great capitalist Jack Welch, chairman and chief executive of General Electric for 20 years, branded “the dumbest idea in the world”.

Nevertheless, increasing earnings per share has been the chief pursuit of legacy banks. This causes stultification and short-termism, because banking bosses are fearful of doing anything that might impact this fickle metric. It drives an abiding reluctance to write off old technology, which legacy institutions have in abundance, even though that’s exactly what they need to do.

Thus, banks remain trapped in the past, constrained by accounting practices that keep them plodding slowly along, ploughing the same old furrow, making decisions that never move the bank sufficiently forward. That’s deeply unwise when you’re in a disrupted marketplace where white-hot newcomers are doing things differently.

So, if earnings per share aren’t the real deal, what should banks be focusing on?

Instead of chasing earnings, or some other ‘cold fish’ of a financial metric, bank leaders should turn their attention fully in one direction: their flesh-and-blood customers. Too often, the legacy banks keep serving up one-size-fits-all products when customers demand innovative solutions that add real value to their lives. This is what the disruptors are giving them, and it is what legacy banks must do if they’re to rescue themselves through customer-driven growth.

Demographic profiling and purchase history assessment can be used to gain insights into those who bought your products. But these are blunt instruments that can create as much opacity as clarity. Instead, it’s better to try and understand what people want to achieve when they use your product or service. Knowing what influences them to buy or not buy from you in the first place is invaluable, as it will inform your efforts to improve the customer experience at every touchpoint.

Group discussions, customer panels, web communities and surveys are all good ways of gaining this information. Early adopters are great sources of feedback, and if properly encouraged can become future product advocates. Banks are certainly going to need them, as the disruption created by Covid-19 continues to expose the weaker players in the market.

Banks have traditionally invested heavily in branding – ‘the logo you can trust’. Yet the data shows that this brand effect is becoming ever more diluted as customers move away from their traditional banking home.

A high street presence no longer guarantees customer loyalty. Indeed, for some demographics the opposite is true: younger consumers are more likely to trust their digital suppliers than their bank. Nearly three-quarters of Millennials now say they prefer to receive financial services from digital startups instead, while one-third believe they won’t need a bank at all in the future.

The new customer is happy to cherry-pick products and services from multiple providers, even if that means having no more than one traditional account for savings and another for day-to-day checking and cash withdrawals.

For many, the shift in sentiment goes even deeper. Middle-class investors, for instance, are now switching from banks’ more lucrative products to stock index and exchange-traded funds, or fixed-income annuities, all of which offer banks lower margins. The more affluent favour alternative assets and equities that are the natural preserve of non-banks.

The need for speed

According to a study by Segmint, a marketing data platform, three-quarters of consumers feel their bank’s performance falls short of their expectations. There were more than 250,000 formal complaints about banking services in the UK alone in 2020/21. This is the tip of an iceberg: research by think-tank technologist Esteban Kolsky reveals that only one out of 26 unhappy customers complain. The dissatisfied majority either put up with bad service or – more likely – stay silent and simply take their business elsewhere.

Although legacy banks have used automation behind the scenes for decades to create internal process efficiencies, they’ve failed to do the same in their front-facing operations, as anyone who’s experienced the frustration of being in a call centre queue will know.

In contrast, delivering a superior experience is something at which fintechs excel. They’re continually exploring how tools like predictive analytics, natural language processing, machine learning and AI can be used to delight customers across every aspect of their operations.

A table of overall customer satisfaction produced by the UK’s Financial Conduct Authority early in 2021 had four challenger banks heading the list. The two frontrunners, Monzo and Starling, had scores of 86% and 84%, respectively. Traditional banks like Barclays, Halifax, Santander and Lloyds lagged some 25 percentage points behind.

If they are to close gaps like this, legacy banks must reinvent who they are, what they do and how they do it. Again, rather than just offering feature-stuffed ‘me-too’ products, they must strive to build a much more emotional experience.

For instance, by aiming for what’s called ‘first-time resolution’, legacy banks could minimize the need for customers to contact them because their requirements would be met right from the start. That would be good for all concerned – and translate into lower costs for the bank. This could be done using automated technology to execute repetitive, manual tasks that slow down back-office processes and diminish levels of service.

The legacy banks can and should learn from the fintechs who have delivered on customer centricity.

Founded in Germany, Fidor was the world’s first ‘fintech bank’, a pioneer in bringing together traditional financial services and technology when it was established in 2009. From the start, its aim was to make banking as fast and frictionless as possible. It began by eliminating all paper and other physical interactions with clients, and greatly simplifying the onboarding process.
So-called ‘know-your-customer’ (KYC) checks, for instance, are done digitally using video identification – and customers get an e-card delivered to them immediately. When it comes to loans, credit scoring is performed upfront, so funds can be disbursed almost instantly.

Everything Fidor does is centred on creating exceptional customer engagement through a highly personalized approach. That even extends to giving consumers a voice in how the bank is run. Clients get to say what they think about interest-rate levels. They help choose the names of new products that Fidor is launching. It’s a co-creational approach that may become an enduring part of the future of banking. And to ensure that anyone who wants to open an account is a ‘Fidor kind of person’, new customers are welcomed onboard if they’re sponsored by an existing client.

Fidor has exported this kind of innovative thinking to other financial institutions around the world that use its technology platform, like the bank Van Lanschot in the Netherlands and Abu Dhabi Islamic Bank (ADIB) in the United Arab Emirates. They’ve been inspired to adopt ‘Smart Community’, an initiative that helps tech-savvy members better manage their finances, with a view to becoming customers of the bank. More than 250,000 people have done so since its launch.

The scheme works in large part because it appeals to today’s consumers, who want to do research and get feedback from others before making important financial decisions. They are eager to engage with others through forums and comparison sites before making decisions.

Legacy banks face an uncertain future. Without radical innovation, they will lose the race with a new breed of Millennial customer who asks a question much like that posed by their Gen X forebears of landline telephones: “Why do we need a bank at all?”

So-called super apps, in which consumers can converse, shop and buy in self-contained environments, are already the norm in the world’s biggest single market, China. Technologies such as WeChat Pay and AliPay, which operate in the WeChat and Alibaba marketplaces, have sidelined traditional payment service providers. Closer to home, Apple Pay and Google Pay are breaking the link customers have with their bank.

The road to salvation

Given the underlying dominance of fintechs, it is hard to see any future for their legacy rivals. Yet hope remains – provided the big banks are prepared to think the previously unthinkable.

They must slicken their internal processes, turn everything up to warp speed, and dump the laundry list of products that nobody wants. Stop trying to be all things to all people.

Banks can carve out a niche and protect their futures. But inertia is a powerful force. Unless it is challenged, it will be terminal.

This feature is based on an extract from Disruption: The Future of Banking and Financial Services by Arthur D Little’s Philippe De Backer and Juan Gonzalez, with Ignacio Garcia Alves (LID Publishing, 2022).