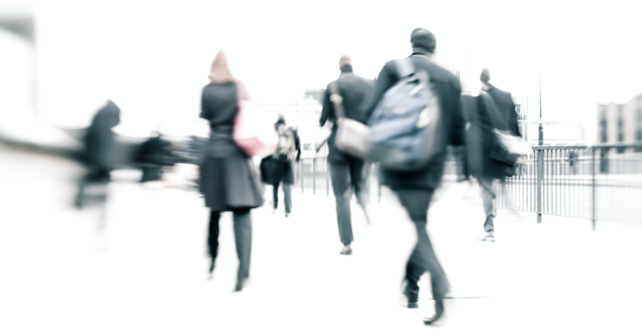 The latest research on business agility from Joe Perfetti underlines the imperative for leaders to move at pace.

The Covid-19 crisis has taught business the importance of speed. With brutal clarity, we have seen that what matters in business is not just how profitable a company is; it is also critical to understand how often a company makes a profit, and how long it takes to get its cash. Business cannot function without cash. Cash is the lifeblood of a company, and without it, companies can only last so long.

To help measure the speed at which a company’s business model operates, we have developed an algorithm to measure this cycle using a company’s financial statements. The metric is called Financial Cycle Time (FCT).

As long as quality or safety do not suffer, moving faster and more efficiently can be a boon to cash flow generation for a company and can be a source of competitive advantage.

Take two well-known global businesses, Ford and Marriott. In normal times, Ford’s cash cycle is 176 days and Marriott’s is typically nine days. That means that if Ford spends $1 it will get the cash back from a customer 176 days later. But what happens when sales stop? One day at Ford requires on average $427m of investment, while a day at Marriott requires $57m of cash. Slowing sales for ten days at Ford means it needs another $4.3bn of cash to fund the business; Marriott would require an additional $570m in financing.

In March 2020, Ford withdrew its guidance for 2020 and took a $15.4bn cash advance. Marriott suspended its dividend and drew $7bn from its credit line in March, and another $2 billion to shore up cash in April. 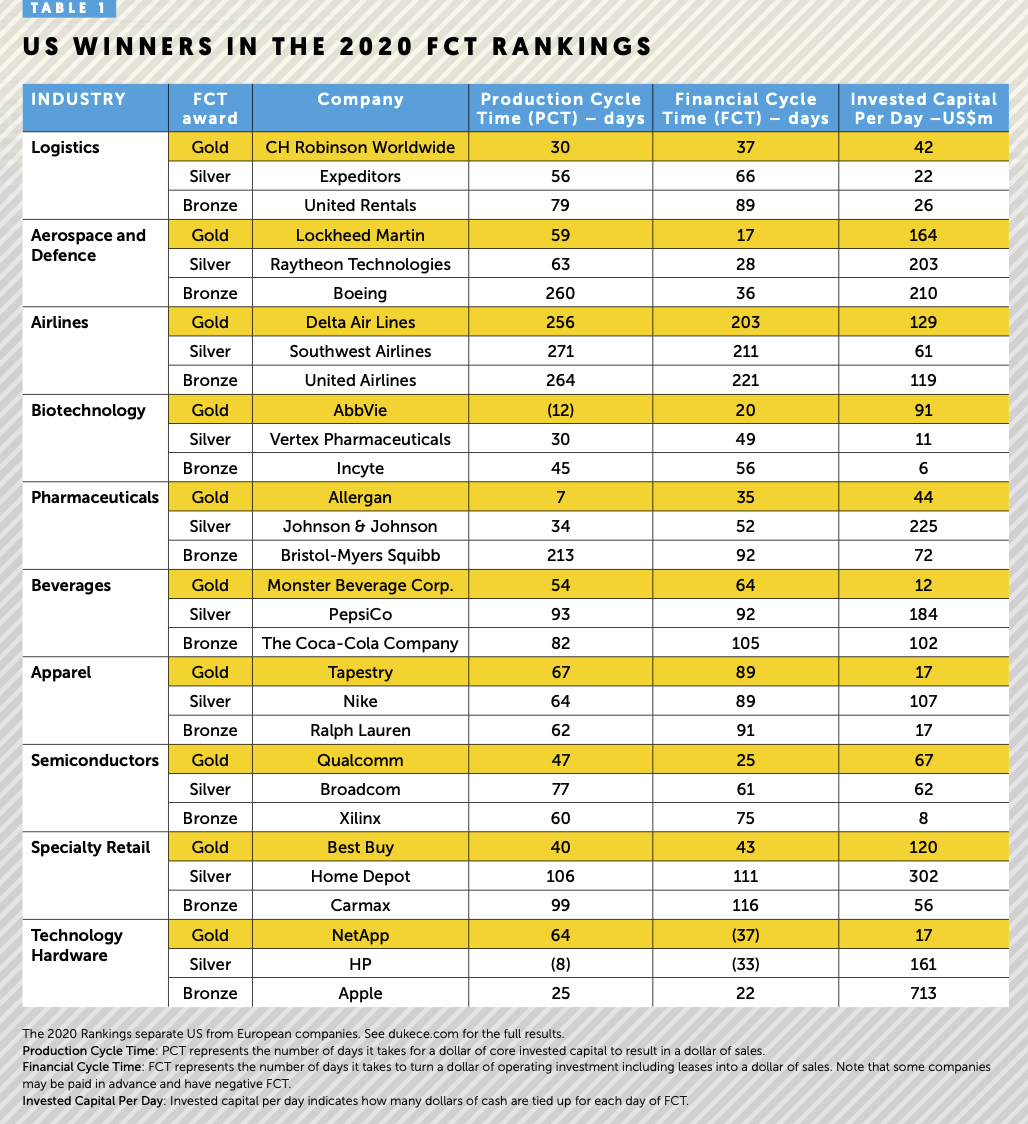 Our Gold Medal winner with the fastest Financial Cycle Time in the aerospace and defense industry is Lockheed Martin, with an FCT of 17 days in 2019. Lockheed Martin moved into this position by necessity. The story starts with a fateful meeting in 1993 known as ‘The Last Supper’: not a religious gathering, but a meeting of 22 defense company chief executives with William Perry, then US Secretary of Defense under President Bill Clinton. He informed the assembled executives that the government was going to spend less on defense, and many firms would not survive. Lockheed’s chief executive decided he wanted to be a survivor, and started acquiring the competition.

Between 1994 and 1998, those 22 companies became just four – Lockheed Martin, Boeing, Northrop Grumman and General Dynamics. Lockheed Martin emerged as the largest player, but it had a financial challenge. It had bought most of its peers, but as Perry had warned, the market had shrunk, and the company had loaded up on debt in order to own a larger share of a smaller pie. Its share price plummeted to $14 and it was nearly insolvent in 1999.

Lockheed Martin’s intrepid CFO understood the concepts behind Financial Cycle Time. He first addressed inventory and receivables. Lockheed Martin was building planes on spec and hoping to sell them. It would often have numerous C-130 military transport aircraft, costing tens of millions of dollars each, sitting on a runway with no buyers, simply waiting to be sold. Such aircraft, produced without a buyer, are called White Tails in the industry. Overnight, that stopped. Lockheed Martin would not build products that were not sold. That saved almost $2 billion in one year.

Next, the firm looked at collections. When you invoice the US government, it must pay you, by law, in 30 days. Yet it was taking Lockheed Martin almost 63 days on average to receive payment – and almost all of its sales were to governments. The firm found that it wasn’t focused on generating bills: it was simply not the focus for engineers. What is the difference between sending an invoice out on Monday vs Friday? The three days’ difference represents $350m of financing. Again, the company approach changed. Its ‘Days Sales Outstanding’ measure was cut from 63 to 45, freeing up another $2bn in cash.

After that, Lockheed Martin turned its attention to its largest investment – its people. It had over 100,000 engineers working on programs (as it dubs its enormous projects). It looked at how many hours it was financing of salary before milestones were met and invoices went out. Every program tracked cash. It is still a key metric for the company today, and it has invested in lean, Six Sigma, Scrum, and other Agile development methodologies. Not only have cash cycles improved, but so have margins, as costs have been reduced and quality improved.

What started as a necessity for Lockheed Martin’s survival became embedded in its culture today. Its FCT speed has become a competitive advantage. The firm’s 2019 FCT score is 17 days. Compare this with competitor Northrop Grumman, which takes 45 days to complete and get paid for similar work.