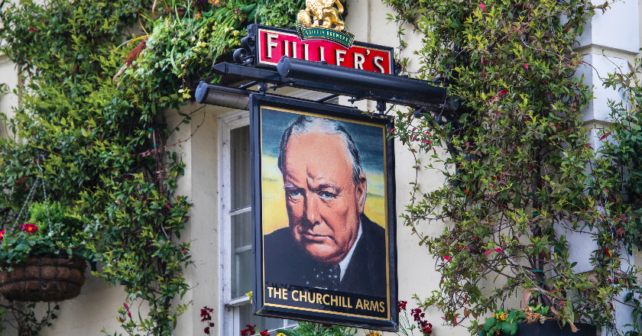 There was a moment in the midst of the coronavirus crisis that shone a light on companies being a force for good. Businesses small and large started working for the people. In America, carmarkers Ford and GM raced to produce ventilators for the ‘war effort.’ In the UK, the quintessentially British brewer Fuller’s wrote off the rents of landlords franchising its alehouses. In France, luxury goods giant LVMH – beloved of models, it-girls and fashionistas everywhere – switched production from designer handbags and the like to hygiene masks to equip the Gallic army of doctors and nurses.

The late US economist Milton Friedman might have raised an eyebrow: the authors of Rehumanizing Leadership note that the great monetarist pioneer denounced corporate social responsibility as a “socialist doctrine.” Yet the best companies’ response to the virus crisis was much more than CSR – these were powerful countermeasures of public good. Has capitalism suddenly turned red? Or is something more subtle at work?

Michael Chavez, Duke Corporate Education chief executive, and Sudhanshu Palsule, philosopher and educator, think there is. They cite a 2018 study of chief executives of multinationals who had made a public commitment to sustainability and purpose. When asked about their concerns, they cited chiefly societal and environmental challenges. Climate change, malnutrition and wealth disparity topped the list. It is a far cry from Friedman’s belief that the only real role of business leaders is to maximize profits for shareholders; that managers and leaders are mere agents acting for the interests of company owners.

The concept of purpose has been sneered at by much of the business commentariat, castigated as a buzzword empty of meaning. Palsule and Chavez counter that notion and make a convincing case for the potency of purpose in modern business. A remarkably simple triptych paves the way: Why do we exist? What is the unique contribution we want to make? How do we make the world a better place by being here?

There’s a remarkable account in the book that encapsulates the dreary oppression of feeling bereft of purpose. The authors were running a workshop with international insurance executives in the heat of a Shanghai summer. While the extroverts in the room shared their purpose in life, many others were more reserved. One man, Ben, an African American, had uttered barely a word, although his body language indicated that he had much to say.

Finally, he opened up. Holding back tears, he told the group how it felt to be the only person of color in his European company – a fact his young son had remarked on. He’d worked at the company for years, he said, but, in all that time, he’d never once spoken with a colleague about his sense of ‘not belonging.’ He dragged himself to the office each day, but any sense of life-purpose he had was drawn from outside the workplace, not from within it.

The floodgates opened. One man revealed how he had never previously come out to his colleagues, feeling that revealing his sexuality would render him isolated, in much the same way that Ben felt he was. A woman in the group explained how being a rare female among the ranks of men left her feeling disenfranchised.

By 5pm that day, the authors had abandoned the course program in favor of an ice-bucket of beer and open conversation. The attendees probably learned more about their colleagues in two hours than they had in the preceding five years.

I wondered whether the insurance company had wandered into what Palsule and Chavez neatly deem the Power Trap – that 20th-century organizations were set up as rigid hierarchies maintained by the control of information and resources. Those that benefited from the set-up were less able, neuroscientific research shows, to feel empathy. Yet such systems were rapidly undermined once complex and lateral networks were allowed to flourish underneath the hierarchy. It is possible that the authors witnessed that benign collapse in real time over ice-cold beers and warm tears.

The Power Trap is one of three traps identified by Palsule and Chavez: mistakes, or at least anachronisms, made by business that choke off employees’ sense of purpose. The others are the Control Trap (that organizations are built for the myth of linearity rather than the reality of complexity) and the Cognitive Trap (that human minds crave simplicity and are hardwired against the ambiguity and complexity that characterize the modern world).

This is a big, important – yet highly accessible – book that is impossible to abstract in a two-page review. Yet the authors manage to tackle a nebulous subject rather better than their peers. It should become the key text on purpose – the fundamental of business.

If the virus outbreak has confirmed, via powerful anecdote, purpose’s existence as a positive potent force, Rehumanizing Leadership provides the intellectual, empirical grounding to show leaders how to define it and harness it, within – or without – a global crisis.

— Ben Walker is editor-at-large of Dialogue. You can purchase Rehumanizing Leadership: Putting Purpose Back into Business, Sudhanshu Palsule and Michael Chavez, LID Publishing at rehumanizingleadership.com.