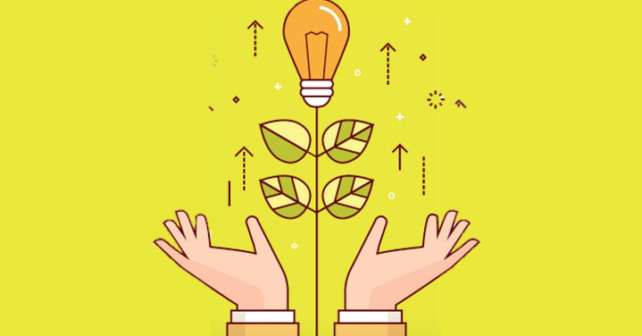 Leaders’ first priority should be developing their teams. Angela Lane and Sergey Gorbatov explain why.

In 1999, Peter Drucker made a prediction: “The most valuable assets of the 20th-century company were its production equipment. The most valuable asset of a 21st-century institution… will be its knowledge workers and their productivity.” Drucker was absolutely right. Before the term VUCA was coined, before the internet, before globalization, before the ‘war for talent,’ before Millennials had become the bulk of the workforce – and before Covid-19 had struck – the most fundamental challenge to the task of being a leader had already happened. This was the rise of knowledge work. The implications for leaders are profound, and challenge leaders’ ability to give feedback and develop others. So, what happened – and how should we proceed?

The rise of knowledge work

Throughout history, humans primarily depended on manual work for prosperity and wellbeing. As Fred Nickols has shown, that only changed in the late 1950s, when what was to be called ‘knowledge work’ overtook other types of work. The definitions of knowledge work are many, often not specific, and complicated by the fact that many manual jobs contain elements of knowledge work. But one simple definition is that knowledge work “primarily involves the creation, distribution or application of knowledge,” and the means of production are our brains (Y Ramirez, ‘Measuring Knowledge Worker Productivity: A Taxonomy’, Journal of Intellectual Capital, 2004).

A lot is known about how to improve the performance of manual workers. For over 100 years, beginning with Frederick Taylor, engineers and others studied how to improve performance. Their methods rested on our ability to observe inputs and measure outcomes – and herein lies the problem for today’s leader.

Knowledge work is difficult to observe and measure. Traditionally, work was with materials, visibility of the work process was high, results were direct, and knowledge was concentrated in managers. In the post-industrial era of knowledge work, the material is information, visibility of the process (thinking) is low, results are indirect, and knowledge is distributed. In fact, subject-matter experts routinely have more expertise than the hierarchy expected to oversee them. Now, in a world so suddenly reshaped by Covid-19, not only do we not see the work– more and more often, we don’t see the worker.

What is our role as leaders if our ability to oversee and control the work of others is limited? How can we be accountable for improving what we cannot see and cannot (at least easily) measure? Daunting as the task may seem, failure to understand how we contribute to performance is the equivalent of saying we can’t influence the very thing we are paid to deliver. We can do better.

How we get things done through others

Leadership is complex. It requires a range of skills: we plan, we budget, we negotiate, we monitor, we decide. Ultimately, we get things done through others.

Nobody has documented the complexity of leadership as well as Michael Lombardo and Robert Eichinger. In The Leadership Machine (Korn Ferry, 2014), they describe the skills, attributes and attitudes that contribute to successful leadership and confirm that, despite the rapidly changing environment, the skills required today remain the same. What differs is how much one skill or competency matters relative to the others, given the context; today, that context means getting things done through knowledge workers.

Lombardo and Eichinger break down the behaviors required as: directing; delegating; managing and measuring work; informing; and developing others. The implications of an increase in knowledge work are clear. The more that work involves expert or first-hand knowledge, the fewer the levers at leaders’ disposal.

Consider directing – that is, setting objectives and planning work. In a knowledge world, it is increasingly hard for a leader to do this in what we might have once considered to be a well-planned and organized manner. Today, a leader can communicate the end-game, but the path to get there may well be outside their ability to plan and organize.

It is similar with delegating. An unskilled manager hoards tasks, micromanages or fails to empower others. This implies the manager can do the same work as the knowledge worker. Increasingly, this is not the case.

Core to productivity in the industrial age was the role of managing and measuring work. It is the classic role of managers. For a century, tasks were analysed and broken down, unnecessary work eliminated, work sequences changed to minimize time and movement, and tools redesigned to reduce effort and variability. But knowledge work throws on its head the idea that we can do this, and the greater the expertise of the knowledge worker, the more challenging the leader’s job becomes.

The importance of development

While most of the levers available to leaders to get things done through others are less effective in the knowledge world, the final aspect – developing your direct reports – has new significance. Leaders are central to people’s development, and therefore to productivity, in two critical ways.

Firstly, success at work requires a range of skills, many of which are not technical but behavioral. Behaviors can be coached. Success is also supported by certain attitudes or attributes, and the leader has a critical role in shaping these.

Secondly, even as it relates to technical skills, the leader can orchestrate the work experience. Leaders can allocate work in ways that accelerate the development of direct reports, for example through goal-setting and providing stretch assignments.

In the knowledge era, the best opportunity for leaders to improve productivity is through developing the skills of their direct reports. The good news is that developing others is a learnable skill. Any leader can improve their effectiveness by getting better at it. Yet most leaders are not good at developing others: in fact, in Lombardo and Eichinger’s research on the skills possessed by leaders today, the skill of “developing direct reports” is rock bottom. Why do we find it so hard to develop others?

Developing others doesn’t need to be hard

As an extensive body of literature has showed, the process of development is simple. It starts with insight. A gap is identified in an area that, if developed, would improve performance. Then, with motivation, the leader effects a change through deliberately practicing a new skill or behavior. With ongoing feedback on progress, learners build skills which over time become easier and, ideally, habitual.

For the process to start, the learner needs to be self-aware: conscious of their behaviors, motivators and feelings and their effect on others. Unfortunately, humans have a scientifically confirmed tendency to overestimate our ability. Some researchers believe that the percentage of people that are truly self-aware may be as low as 10 or 15% – and these people are the least likely to have performance issues.

The leader’s role in this process is self-evident, and critical. First and foremost, they are ideally placed to identify and give initial feedback on the development need. They can then assign tasks that provide the opportunity for deliberate practice. They can hold frequent developmental discussions on progress, and even help increase the learner’s motivation to change.

The formula for successful development is known, leaders are perfectly placed to execute it, and – in the increasingly complex world of knowledge work – there are few other options to increase performance.

Given all of that, we are still left with the question of why leaders don’t develop others. We believe it is because leaders fail to activate the process. They do not provide the initial feedback needed to kick-start the development cycle. In fact, in our recent study of 200 HR and business executives, one-third of senior leaders confessed that they never give feedback (see ‘Is HR Missing the Point on Performance Feedback?’, MIT Sloan Management Review, 2018).

Why feedback is not given

There are many reasons why leaders fail to give feedback. Lombardo and Eichinger’s research found that the ability to openly confront improvement opportunities or performance problems is rare. Myths also abound about the impact that feedback may have on relationships or on the psyche of the receivers, as we explore in our book, FairTalk. But our research suggests that perhaps the key cause for the failure is the lack of accountability. In our survey of executives, on a ten-point scale on the consequences of not giving feedback ranging from “zero consequences” to “you’ll get fired,” 40% confirmed that there are absolutely no consequences for not giving feedback.

So how do you get leaders to start? In our view, it starts with investing in building the skill of giving feedback. Just like a muscle, a competence is grown through correct exercise, frequent repetitions, and continuously raising the standard of performance. Ideally, you then move beyond individual excellence and invest in building a feedback culture. You create an expectation that feedback is to be given and received, and create consequences for the times when it does not happen.

We believe there is a burning platform for building feedback skills in leaders and creating a feedback culture in organizations. Complexity and volatility aren’t going away. Leaders need to respond to the challenge of improving the performance of their organizations. The answer lies in managing the development of our teams, and that means giving feedback.

Given the prevalence of knowledge work, it is difficult to believe that increasing productivity through feedback and development isn’t the focus of every leader. We may outsource knowledge work to artificial intelligence, or hope machine learning drives productivity. But someone must oversee the programmers, the engineers, the hardware designers and even their accountants. We can defer, not avoid, the challenge: it is the quality of the knowledge worker, and their interactions with one another and their environment, that determine productivity. Improving that requires we focus on their development, based on well-delivered, learning-oriented feedback. As Drucker informed us over 20 years ago: “Making knowledge work productive will be the great management task of this century.”