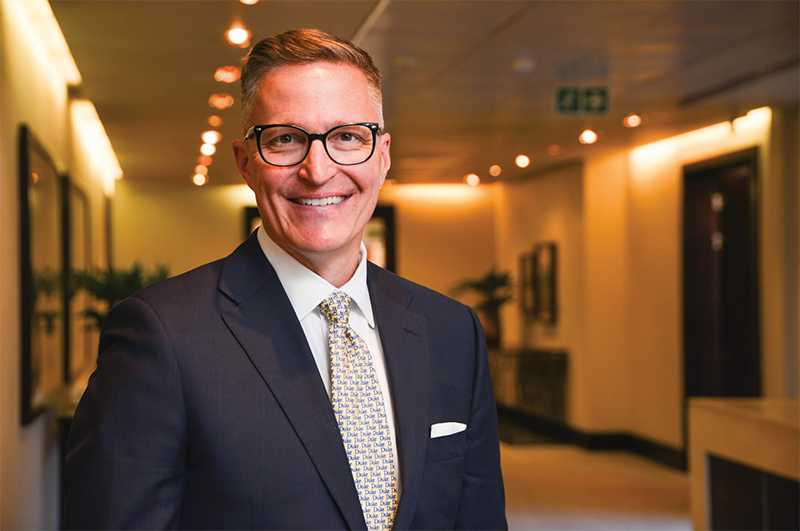 The door to empathy can be unbolted by a raid on the senses.

Outside his professional life as AstraZeneca’s head of commercial learning, Dr. Spencer Holt recently camped in the cold Pennsylvanian autumn to raise awareness of teenage homelessness. “I try to be empathetic, but I need to keep myself aware and more curious of the things happening around me,” he told me. “We weren’t trying to pretend to be homeless, but we definitely gained more empathy for what it’s like to be very uncomfortable and cold for a night, and to recognize, and help our children recognize, that others are suffering.”

Professional life is subject to the same psychological dynamic: empathy is unlocked by arresting one’s own perspective through similar direct action. “Leaders need to hit the shock button,” Holt says. “Are you experiencing something that’s important to other people? You need to do something you have never done before to view the world from a different perspective. We often talk about getting into our rhythm. But you need to break your rhythm so you don’t gloss over things that are really important.”

Without such rhythm-breaks – shocks to the system – normalcy bias eclipses leaders’ ability to view the world from the eyes of others. Empathy is folded into their default worldview and thus is canceled. Holt encounters many senior leaders in his line of work. He finds that while leaders, for the most part, know they need to learn to empathize better, they are largely unaware of how to reset their minds. He outlines three powerful inertias that restrict senior leaders’ ability to empathize.

Transactional cultures still dominate some industries – thus empathetic leaders can be penalized for empathetic action. “They will sometimes get their hands slapped by their own bosses,” says Holt, “who might say ‘I don’t know if that was a good idea’.” Leaders then feel vulnerable and eschew opportunities to demonstrate empathy when they next arise.

2. Bias for action over self-reflection

As leaders become more senior, they experience a power struggle between developing empathy and project delivery. “People are rewarded for execution of big strategic goals rather than creating that culture of empathy,” says Holt. “Due to stress and time, it’s so much easier to drive execution and strategy than it is to slow down and say, ‘are we being empathetic – and am I demonstrating it myself?’”

3. Lack of clarity of purpose

Holt’s encounters with senior leaders reveal a persistent dearth of purpose among senior executives. “I’m still amazed at the number of senior leaders – or any leaders actually – that lack clarity of purpose or clarity of their own core values,” says Holt. “The foundation of empathy is clarity about who you are serving, who you are trying to become, and the values that you use to get there.”

If leaders are clear about their own purpose, seeing the world through the eyes of others – their hopes and fears – becomes a driving force, rather than a buffeting wind. “The mirror is a simple tool,” says Holt. “But it’s the tool that’s going to make the biggest difference in our leaders being able to show the type of empathy to help organizations move forward in this very complex world.”

Michael Chavez is global managing director of Duke Corporate Education. A version of this column first appeared on Forbes.com.