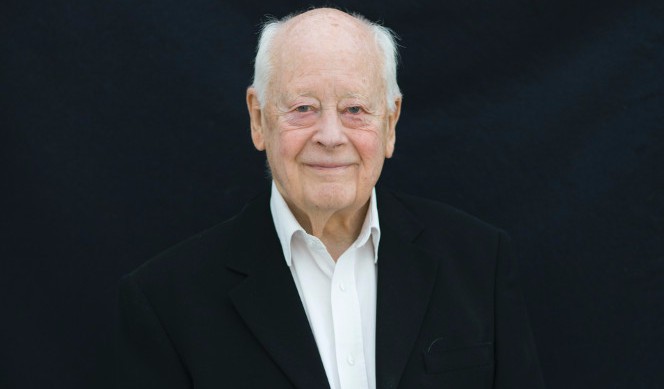 Speaking from his peaceful abode in East Anglia, Charles Handy urges leaders to embrace discomfort. In his view, the traditional economic model of a long-term corporate employee earning a salary and paying a large mortgage is on its way out, if not already completely gone. “There’s nothing so insecure as a secure job,” he says. “The security is illusory.”

His new book, The Second Curve urges professionals to strike out alone, just as he did years ago, even if times become lean for a while: “The children don’t care, they haven’t a clue, they have baked beans for supper instead of salmon, but what the hell?” The key, says Handy, is to unshackle oneself from corporate control.

Is the book going to unsettle people who are happily married, heavily mortgaged and gainfully employed? “Oh I hope so,” he says. “That’s the whole point of the second curve: that when you are happy you really need to become unsettled, because this won’t last forever. At the peak of your contentment you ought to be thinking of your next venture.”

Generation X, those who grew up and came of age in the 1980s, once promised to be a radical cohort, but instead became probably the last conservative generation: get a job, buy a house, start a family. The newer generation, Generation Y, is different, says Handy. They crave not the permanence – the illusory security – of their predecessor generation, but a pluralistic, footloose existence. “I suspect that goes right down the income scale,” says Handy. “The uneducated coming out of school are not expecting to have a proper job, and they are certainly not expecting to buy houses.”

But if Handy’s message is unsettling, it is not pessimistic. Perhaps the unknown new world, if terrifying now, might turn out to be better than this one? “I call it the problem of the caterpillar,” says Handy. “The caterpillar hasn’t any idea that he is going to turn into a butterfly. He just sees that his skin is falling to pieces, and he’s dead scared. Prowling around his cabbage leaf is all he knows. He can’t imagine being beautiful and able to fly.”

Handy wants professionals to understand that they too need to spread their wings. “The second curve is a positive thing,” he says. “If you are talented, you should value your freedom more than your security. People with talent should opt out. I can’t understand why all the consultants in the NHS want to be employees. Why don’t they incorporate themselves in groups and sell their services back to the hospitals? They’d have much more control over their lives that way.”

But what of millions of people who are essentially unambitious, happy to stay in routine jobs? Why should they seek a second curve? “Because the world is going to change around them,” says Handy. “You can see the future in the present, if you know where to look for it.” He says the internet data revolution has rendered information free-of-charge, and this fundamental change to the way the world works is causing everything we know to collapse around us. “Whenever a major new technology arrives it takes about 50 years to work its way through society,” he says. “We are about 25 years in.” Those working in the caring professions and manual trades might escape mostly unscathed, he adds: “Education can be done by technology but, particularly in the early years, you are always going to need a degree of personal attention. There are some manual jobs too, like bricklaying, which cannot be automated or exported.” But those in semi-skilled office jobs face an uncertain future: “If you work at an insurance company and you’re happily entering numbers in a ledger and putting them on a computer, believe me, you won’t be there in ten years’ time.”

The uneasy dawn that Handy predicts requires a new type of management. “It’s a fascinating world we are entering but it amazes me how few people are thinking about it,” he says. In his new book, he toys with the idea of a concept he calls “managing without managing”, having observed companies that have thrived while spending precious little time, and very little money, on training and performance reviews. If you find good people with the right credentials, who are enthusiastic to work on your project, you can just let them team up and find their own way, he argues, which will probably be more productive and more innovative than any path the company might have laid down for them.

“Part of the caterpillar-to-butterfly change is that hierarchy is dead,” says Handy. “We were captured by the three big religions of the West – Christianity, Judaism and Islam – all of which are hierarchical, and we have grown up thinking that the top-down system works well. But one of the major effects of technology is that hierarchy has gone because everybody can know everything.” Projects will be run in small groups, rather than corporate pyramids. Roles will be fluid. “Teams can’t work properly without someone deciding what they have to do at some point,” says Handy. “But the role of leader will change depending on what stage the task is at. The small-group working will be enormously satisfying.”

If company leaders don’t change soon, their new labour force will change it for them, Handy suggests: “The emerging generation is intolerant of authority – and authority doesn’t work unless you have the agreement of everybody. We have no more than ten years left of hierarchical organizations.”

Now in his eighties, Handy is a big beast of business thinkers. A prolific author, and popular face on the high-end speech circuit, he is a crowd magnet – his panel session at the recent Drucker Forum played to a packed auditorium of global business leaders. He is the ultimate independent spirit nowadays, but he hasn’t always been that way. He found his own second curve back in the 1960s, when he was establishing London Business School. He’d leave home at 7am and return at 8pm. His daughter told him that she thought he was the man who came to lunch on Sundays. “And after about six or seven years my wife asked me, in a tone of voice I didn’t much like, ‘How’s your school doing?’ I replied: ‘Considering it’s a new institution that has never been known in Britain, I think it’s doing quite well.’ My wife said, ‘I’m so pleased for you because I think you should know that you have become the most boring man I have ever met.’” His wife’s comments hurt him, but eventually hit home: “I realized I was sacrificing everything to my job, which I didn’t much like and which was very hard work. That was the point where I started thinking that this must end.”

Latterly, Handy lost his father, who was a parson in the same village church for 40 years. Handy had long considered his dad a nice but unexciting man. “That was until I went to his funeral and met many people who said that he mattered so much to them,” he recalls. “I thought, ‘who do I matter to, in my hasty ambition to climb ladders?’” He got out of the rat race and launched his own second curve before the world even knew that a global second curve was around the corner.

Of course, like all epochal changes, those who go through them readily forget what went before. In time, says Handy, the portfolio economy will be the norm: “We are going to have a world of short-term contracts, and I don’t think that’s too bad, but it’s going to be a more frightening world, undoubtedly.”

Business schools, at least as we know them today, will be gone, says Handy, replaced by executive education that takes place in interactive groups in spaces far removed from traditional lecture theatres. Nations will decentralize, even federate, perhaps, in the case of the UK. The three pillars of professional existence – business, education and government – will shed their skin and metamorphose, the old world consigned to history. “The butterfly probably doesn’t know that he ever was a caterpillar,” says Handy. “And our change is going to be wonderful too, once we have adjusted to it. Your security is going to be in your own abilities, not in your possessions. Assets are out – your only asset will be yourself. It will be a very exciting world but, like the butterfly himself, I think rather fragile.”