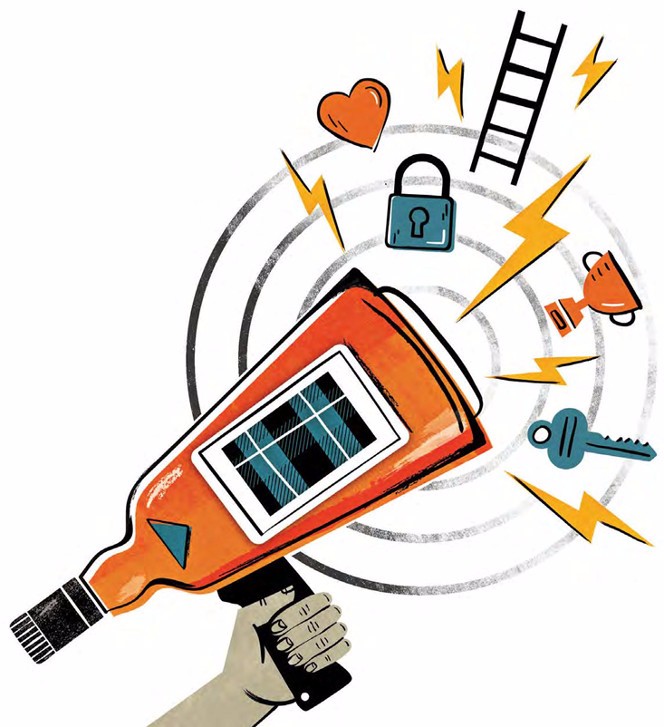 As the Scotch whisky company Edrington grew more global, it has been faced with the challenge of spreading its signature psychological work contract to its locations around the world. Here’s how they did it.

A poor psychological contract at work damages personal resilience. It has a detrimental effect on commitment to work, job satisfaction, motivation and organizational citizenship – the willingness to offer effort altruistically and more than just meet the job specification. A good psychological contract, on the other hand, makes an employee feel valued and in control.

The concept of the psychological contract was developed by organizational scholar Denise Rousseau and represents the mutual beliefs and informal obligations between employer and employee. An international company has to find a way to motivate people of different nationalities with a wide range of drives. Is it possible? Ian Curle, chief executive of Scotch whisky producer Edrington, believes it is.

Edrington has two distinctions in its home territory of Scotland. The first is that it is a privately owned company. This has allowed it to play the long game, investing for future success across people development, systems, distribution, and operations. The state-of-the-art Macallan distillery and visitor centre, under construction, designed by Rogers Stirk Harbour + Partners, exemplifies this approach. Being free from the short-term buffeting of the stock market doesn’t mean Edrington lacks business focus in any way – it is a very commercial and competitive business.

The second distinction is that it has a proud record of long service in Scotland, uncommon in most businesses today. In June, chief executive Ian Curle attended a long-service lunch, handing out 28 awards for 25 years’ service – the minimum threshold for an award – and four awards for 40 years’ service. People are proud to work for the company and job security is a strong foundation for a healthy psychological work contract. But what happens when the business goes global, as it now is? To paraphrase social psychologist Geert Hofstede: “Do Scottish theories of motivation work abroad?”

Edrington’s offices now spread from its headquarters in Glasgow to Fifth Avenue, New York, to Singapore. It employs more than 3,000 people, and it is impossible to offer the same working conditions overseas as in Scotland because employees in different countries have different drives. In emerging economies, one way employees improve their personal job prospects is by regularly moving between companies. Long service tends to be anything over six years and it’s not much better in the Fortune 500.

For example, PayScale does a regular survey of tenure: Eastman Kodak scores highest with a median tenure of 20 years, but by the time you reach number six on the Fortune 500, General Motors, the median figure has already halved to 10 years (see box, p29). So Edrington cannot rely on long service as a global motivator.

Chief executive Ian Curle explains: “In Scotland, we encourage people to hang about, but long service also means good and effective long service. Now, with 800 employees in Scotland and more than 3,000 in total (including joint ventures), we have tipped into being an international company based in Scotland, rather than a Scottish company trading overseas. In our international distribution companies spread across Asia, the US and Europe, we find that employee turnover is higher, expectations are different and we employ younger people. In Taiwan, long service is five years. So our big question was how we could play out our values and culture on an international scale?”

Edrington found one aspect of what it does that works on a global scale – charitable giving.

Charitable giving has a long tradition for Edrington dating back to 1961 when the three grandchildren of William Robertson, affectionately known as ‘the three Robertson sisters’, handed over their entire shareholding to a new charitable trust, The Robertson Trust.

The Robertson sisters wanted to ensure the long-term independence of the business and safeguard the culture they had created. They wanted employees to be treated like family and strived to create an environment where people were cared for, had development opportunities and where long service was rewarded. After all, whisky is a long-term industry – whisky can lie in a cask maturing for 10-15 years, sometimes longer – so continuity must be embedded for the distillation process to be successful. This founding outlook permeates the business today, but Ian Curle emphasizes that caring works hand-in-hand with a strong business focus.

The Robertson sisters also believed in philanthropy. To continue their tradition of charitable giving, the sisters donated their shareholdings to the trust, which is a separate entity. Today, it is the largest independent grant-making trust in Scotland, with the majority of its income derived from Edrington dividends. The Robertson Trust aims to improve the quality of life and realize the potential of people and communities in Scotland. Every year, it funds and supports charitable organizations of all sizes. In 2014, the trust awarded over £18.2 million to charities in Scotland. Since its inception in 1961, it has given more than £150 million to charities.

This works for Scotland – but what about the rest of the Edrington international world? The trust mainly gives in Scotland as mandated by the sisters. “We were getting feedback that employees everywhere liked the idea of charitable giving, but wanted to know what they could do outside Scotland,” Curle tells Dialogue. “So four years ago, we rolled it out across the world. The impact has been incredible. You don’t have to ask people twice if they are motivated, it just happens. Our approval ratings on surveys are very high and the business keeps on growing. This wasn’t a calculated business move, it was underpinned by genuine philanthropic purpose, but it gives us all a real sense of purpose.”

Today the company donates 1% of pre-tax shareholder earnings each year to its International Giving More fund which supports good causes. Employees work in local committees to nominate which charities should benefit. Through its work, Edrington is committed to sharing its profits with the communities in which it works. “We pay well, we offer good career prospects and high-quality brands, just like our competitors,” Curle adds. “Younger people have a broader value set and we seem to offer them something others don’t. It’s too early to say whether enhanced motivation is leading to better retention in the emerging markets, but we do have amazing employees.”

In reality, it’s a whole business philosophy. Alongside Edrington’s charitable work run its founding values with a modern twist. Its new narrative is great people, leading brands, giving more. ‘Great people’ builds on its long-standing principle of giving people opportunities for development. The Edrington Academy has been set up to support people’s aspirations to be as good as they can be.

“Employees were asking about career development and we realized that the business had got ahead of us and we had to respond,” Curle says. “So, for example, we now have interns and graduates on proper development schemes through the academy. We fast-track gifted employees to keep them engaged, put them on interesting projects and assignments and send them on secondments all over the world. We have 50 different nationalities working in the business, we are more and more like the UN. Generation Y wants to see a career path and be developed – we have never experienced this before, but we are trying to give them what they need. We want to give them meaningful work.”

In addition to listening to people’s development and career path aspirations, Edrington is intent on its employees really living the company values. It’s not just what people are asked to do, it’s also about how they do it. Four years ago, it established the Edrington Achievement Award, which is never profit- or sales-related. It’s for going the extra mile, for service excellence and for teamwork – peers nominate one another for the award. It’s recognition for good behaviour. There is one annual overall global winner. In 2015, it was awarded to the team that set up the Singapore office and it was awarded for collaboration across teams in three jurisdictions, Singapore, Scotland and the global IT team.

Veronika Gunn-Boesch, who is described as a new hire – she’s been with them three years – is director of human resources at Edrington. “A big priority for my team and the company is how we develop employees across the world,” she says. “An important first step is to ensure that their work is meaningful and connects well with Edrington’s strategy.”

Lest all this sound too idyllic, Gunn-Boesch is realistic about the challenges facing the company from the viewpoint of her role. “We have had an engaged, but not necessarily aligned, workforce in the past,” she says. “People need to understand more clearly how they contribute to the new strategy. Moving people around helps this, but we are still a culture where it can feel personal if someone leaves, so even as we move people on, the culture finds it hard to accept.

“We are aiming hard to be consistent overall, but we do need to behave differently in different employment markets. For example, titles and regular pay enhancements matter more in some cultures, younger employees want to move faster while older employees tend to like to stay put. I think in some areas, we could do with higher turnover.” She is equally honest about the company’s distinctive advantages. “We are small enough for people to be entrepreneurial. And I do think our charitable giving makes us very special. The Robertson Trust is a differentiator and I don’t think we make enough of it.”

Whatever Edrington undertakes, it tries to do so with authenticity. For example, its board membership doesn’t currently reflect the ‘UN’ nature of its employee base. It doesn’t plan anything unnatural, fake or box-ticking to address this, but it will be addressed over the next five years or so. It is intent on keeping changing, keeping the storyline fresh and up-to-date and listening to its employees.

“We have a unique business model that has enabled us to invest for the long term and to grow internationally,” says Curle. “The organization certainly feels different as a result. Our values, especially our Giving More commitments, have helped Edrington welcome and settle many new employees. We know that there are some challenges out there but I’m excited about how our great people will respond to them.”