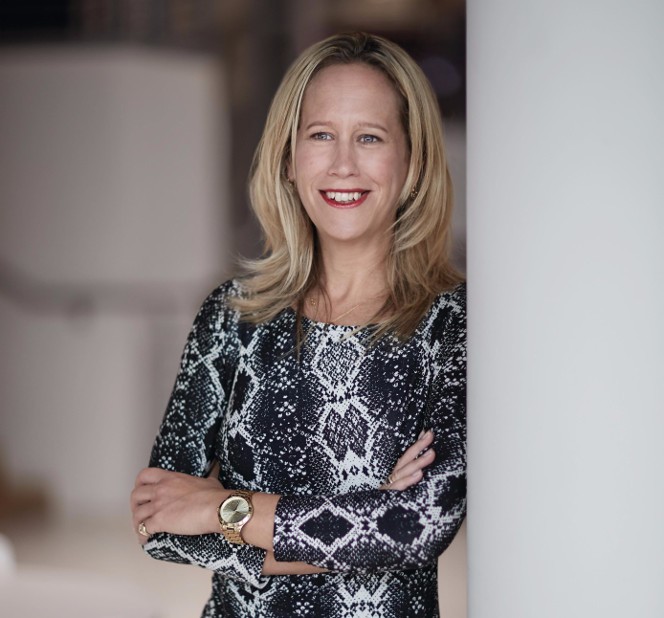 Kirstin Furber of BBC Worldwide is an expert on leading teams across the world. Here’s how she approaches this formidable challenge – and her advice for making global videoconferencing work for you.

Kirstin Furber knows something of the world. She makes a mental note of countries she’d like to visit but hasn’t, and makes it her business to get there as soon as she can. Once in a new territory, she wields her camera with enthusiasm. Her latest photographic travelogue was to Cuba, her likely next targets are Sri Lanka and Jordan. “I love taking pictures around the world,” she says. “It’s my interest in people and cultures. I find different perspectives and different ways of looking at things fascinating. You can always look through one lens that you know, but through travelling quite a lot in my personal time I try to meet people, understand what’s going on for them, and find out what their life looks like. You then come back home and think, ‘oh that’s interesting, I didn’t think about things in that way’.” It’s useful to have this global eye – BBC Worldwide, the commercial arm of the UK’s public service broadcaster, stretches from one end of the planet to the other, with offices around the globe. “From an international business perspective there’s a real opportunity,” says Furber. “We are in a world that is competitive, we need new ideas. If you bring things in from all these perspectives, that’s where these conversations can start.”

We meet at the BBC’s London HQ, but could easily be in Singapore, Sydney or New York. “I  can’t be up 24/7, that wouldn’t make sense, but my team operate 24/7,” she says. “I think  Saturday afternoon is the only time we’re not doing business, if you work out the clock.” The breathtaking geographical scope of the operation is a major challenge, but something is working: BBC Worldwide does business in more than 200 territories, and boasts annual sales of over £1 billion. It returned a record £226.5m to the BBC in 2014/15. That is a useful contribution to an organization that is funded in the UK by a modest television licence fee, and carries no advertising on its domestic output.

Given the not insignificant challenges of handling varying cultures and time zones across the world, Furber plays the role of orchestrator, setting a clear global strategy and direction for BBC Worldwide, and then letting her global lieutenants get on and find local ways to those goals. “You have to devolve in order to work at speed,” she tells Dialogue. “If everything keeps coming back to the centre, then it’s just too slow.” She calls her global leaders the ‘Top 100’, a network of 100 senior people who have been trained and developed to understand and hone their own leadership styles, and who check in on a quarterly basis to show how they are doing against global goals. “But importantly, employees are hearing from their leader that they connect with – and that leader can translate the model into their culture and their way of doing business,” Furber says.

Culture is important to Furber. She’s acutely aware of how it differs worldwide. She’s developed a sixth sense honed on countless trips across Europe and Russia when she was at Fox, and through Asia, with another of her former employers, Discovery. “I had a very funny experience where I ended up singing Yellow Submarine in the house of the MD for India,” she recalls. “I wasn’t prepared for it and I’m not a great singer… But you go out in the evening with Indian colleagues, meet their family and have dinner with them – and you don’t talk about work.”

Furber’s emotional intelligence is a major strength for any HR director, but for one working on a global scale, it’s imperative. She has learned to translate messages from her global teams, asking gently for more information when she feels business clarity has been masked by cultural mores. But she’s careful not to run her people too hard, nor to forget that as an HR chief she has to manage people’s energy as well as their time. “If you are speaking to Australia in the morning you are fresh but remember that it’s the end of their day, and they are tired. I’m good in the mornings – but they have a bit of… ‘well can we just wrap up because I want to go home?’. So you have a different feeling on either end of the call, which is a challenge.”

Much of what she is listening for from her global leaders is the emotional response to a conference call, to an email, to a new idea. “That’s really very important,” she says. “We are in the relationship business.” A recent survey drew a gushing response from her world team, she says. “It was really emotional – in a really happy way!” I note that singing is becoming a theme of this interview: “In one of the regions someone actually sang their inspirational story about working for the BBC!” she recalls. “I was blown away by how inspired and proud people were working for BBC Worldwide. I know that sounds a bit weird but it was really good to say, ‘wow, it’s off the scale’. We were in one meeting and I could see in the room that there were tears. And I was facilitating and I had tears in my eyes too and had to get myself sorted again and get ready to talk about the next thing.”

This surprise outpouring of staff emotion taught her that companies need to do more to ask their teams to consider why they are working there. “We don’t do that enough,” she says. “We go straight into, ‘what’s the strategy? I haven’t done that email, I haven’t spoken to that person’. And we forget about the purpose.”

So what’s her personal purpose? To convey company goals, and to insbpire people to meet them. “If you are clear as a company where you are going and your employees understand it and have bought into it, that’s your first step,” she says. “In the last two years we have gone on and on about the BBC Worldwide strategy. The test is, if you go around the world and say, ‘what’s the strategy’, people say, ‘oh, it’s three things… bom, bom, bom’.” Clarity of message is something that is close to her heart (see right). “Don’t make it complicated,” she says. “Make it really simple – if you said, ‘tell me what the strategy is’, ‘it’s 55 PowerPoint pages’, aaargh! No, it’s three things. And then you can ask your team, ‘what’s your contribution to those three things?’”

The second step, she says, is creating what she calls a “development focus” in the organization. “You come to BBC Worldwide because you can make a piece of history,” she says. “That’s why you choose Worldwide. It was very clear that should be our overarching message.” Furber has just launched a global development portal which allows anyone to access videos and discussions that will help them develop during their day-to-day work.

BBC Television Centre is looking more inspiring these days, the last time I came here was a few years ago – as an audience member on a TV show – and in those days it was looking a little dog-eared and past its best. The site has been regenerated, and is now an open-plan mecca of zing, the sort of shiny, spacious workspace designed by creatives, for creatives. Furber is big on environments: “We want to be world-class, and that’s what this building is about,” she says. “It’s not a static office, you can go and work anywhere. You can go to private areas on the fourth floor – people might want to go up there. The great thing about this building is that you don’t have to wait to talk to someone about an idea, you can be walking down the stairs and say oh, ‘by the way, what about this idea?’ rather than saying, ‘oh we better remember that and let’s have a meeting about it next week’. You would forget it by then because you move on to something else. So how  do you keep that flow and energy going? It really is about the environment.”

But little of this would work, Furber suggests, unless you follow the golden rule of HR success, which is to listen actively to what people say – and what they don’t say. “Sometimes people don’t say things that they want to say, so listen out for it and you can tell it.” How? “It’s just a sense you have. I know that’s not very factual.” Is it learnable? “Yes, I think it is.”

She’s a big advocate, too, of HR people being commercially minded, understanding finance so they can extend their listening to finance teams and communicate usefully with the wider operation, grasping that much about good business is about trade-offs, not absolutes. Perhaps most of all, though, she’s a proponent of ‘being real’. “What I mean by that is not being a figure’ and being theoretical.” Give examples, she says, of how you overcame a problem, rather than reading rote from the textbook. “Don’t say, ‘this is how HR does it!’ Say how you have done it!”

Perhaps her human touch will help her achieve her ultimate goal: her preferred legacy is to create an environment with her executive team where people want to come to BBC Worldwide and “do the best work they can”. She’s a third of the way towards completing her mission, she says. “We know what we need to do, now we need to embed it in the organization,” she says. “Not by making a PowerPoint slide and asking, ‘can you remember it?’… but so people are just doing it.”

BBC Worldwide is the commercial arm of the BBC – the UK’s state-owned public service broadcaster. Despite the fact that it is a profit-making, revenue-generating body, it is within the public sector, and returns its profits to the domestic arm of the BBC. The profits are then poured back into programming. As part of a wide-ranging review, the UK’s centre-right Conservative government is considering a range of options which includes privatization or part-privatization of the Worldwide arm, although proposals to privatize any part of the BBC have in the past met with resistance from the organization – and the public at large.