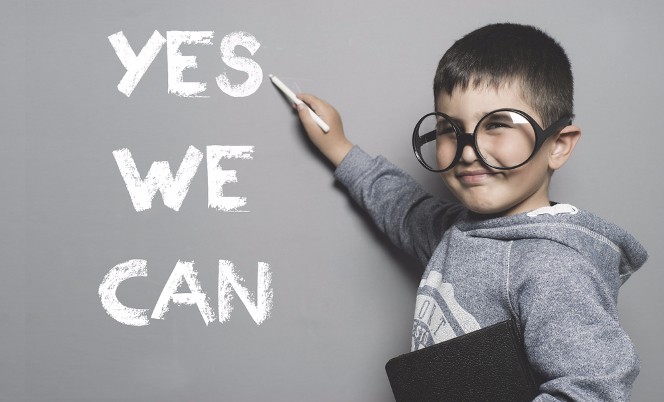 England’s academy schools can offer a number of lessons about fostering high performance.

Every organization faces two perennial conundrums: How do you advance from average achievement into the heady atmosphere of high performance? And how do you stay there? In this article we address the first conundrum. Next time, we’ll share some preliminary findings from our research into how to sustain high performance.

The Centre for High Performance

The Centre for High Performance (a collaboration between senior faculties at the Universities of Oxford and Kingston) aims to build a network of high performing organizations from different sectors, share insights between them and help their search for continuous innovation and improvement. It is intriguing how some organizations can achieve high performance and sustain it for several decades, even centuries, while others can only admire them from the sidelines. What is it that makes the difference?

To answer this, we are working with global role models from a wide range of sectors such as the Royal Academy of Music, Royal College of Art, Royal Shakespeare Company, John Lewis, Nasa, and the New Zealand All Blacks rugby team. However, in this article, we focus on the world of education.

Academy schools do not have to follow England’s national curriculum and can set their own term times – but they still have to follow the same admission, special needs and exclusion guidelines as other state schools in the country. They are directly funded by the government, rather than through the local council, and are run by an approved sponsor – usually a business, university, faith group or another school – which is responsible for managing and improving their performance.

Our research was funded by Green Templeton College at the University of Oxford. It studied the experience of 160 academies after they were put into ‘special measures’ by English schools regulator Ofsted more than five years ago. This provided us with the rare opportunity to look at organizations that are regulated, documented and measured in the same way, provide a similar service, but compete in markets with different levels of competition and access to resources.

This makes them very interesting, as it is easier to isolate variables and understand the impact of changing them. In many ways, it’s similar to eminent psychologist Geert Hofstede looking at IBM to uncover the core facets of cultural difference. By keeping his research inside a company with a strong and uniform culture across the world, he was able to investigate the impact of different countries’ cultures on a single organization. 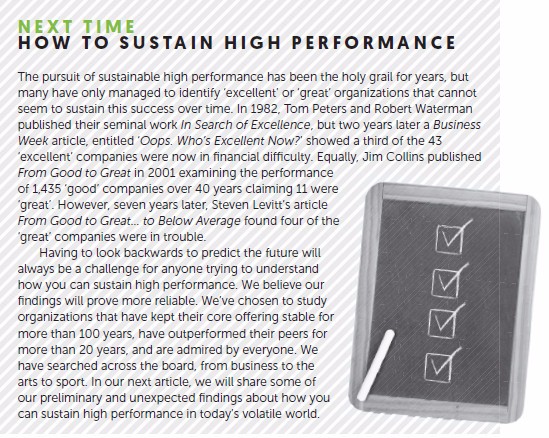 We’re sorry to have to tell you this, but organizations cannot be turned around with one simple idea or single action. But then you already knew that! Instead, our findings suggest that you should take a number of actions, in a defined sequence, if you want to turn around an organization quickly, using as few resources as possible. We call this ‘the performance ladder’.

Some of the actions we suggest are ones you would probably expect, but others are not. More than this, the sequence of activities is surprising. We’ve shared our findings with a number of educational thought leaders all of whom recognize the ladder that we’ve uncovered, although they weren’t aware of it beforehand. As Professor Sir George Berwick CBE, pioneer of ‘teaching schools’, which train and develop teachers, told us: “You’ve got it!”

What you shouldn’t do…

As you’d expect, the quality and calibre of leadership is fundamental to the success of a school, as are facilities and rebranding strategy. But our findings challenge popular myths about how to improve schools. For example, reducing class size only creates a marginal improvement. Using a ‘super head teacher’ doesn’t create the right foundations for sustainable long-term improvement. It’s easier to turn around inner city schools as they operate in larger markets with greater access to talented leaders, teachers and students. You shouldn’t try to improve teaching first, you need to have the right structures and behaviours in place before you can do this. ‘Zero tolerance’ behavioural policies don’t work in the long term. Perhaps most surprisingly, more resources do not lead to faster improvement. The key is to complete the right steps in the right order.

What you should do…

Probably our most contentious finding is that having good customers – in this case, good students – changes everything. They are easier to serve, push you to perform at higher levels and are better adverts for your success after you’ve served them. Excluding poor customers is the fastest way to turn a school around, but most organizations are nervous of turning away revenue.

This is the corollary in business of choosing which customers you want to serve and those you don’t. You must plan for a dip in financial performance before operational performance will improve, as you need to change your customers, structures and people. So don’t expect immediate success. When our full findings are published later this year, we hope they will help the UK government to refine its academy policy and review its Ofsted criteria to help it reach the highest possible standards of educational excellence.

This article is based on a presentation given by Dr Alex Hill at the 2016 Global Education and Skills Forum in Dubai, where the $1 million Global Teacher Prize was awarded.