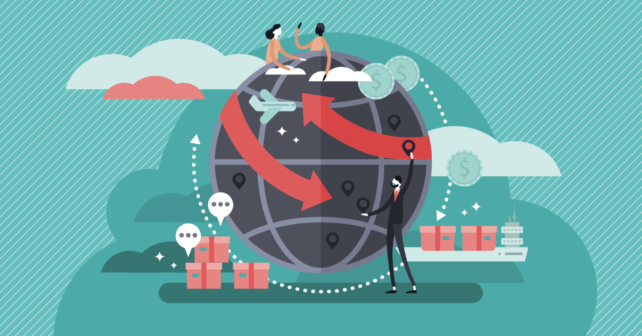 Global firms and their supply chains have transformed the world. Now they must go local, says Parag Khanna.

Today’s boundaryless world belongs to corporations, not nations. Large sovereign states may emphasize and protect their borders, but large corporations span the globe. Armed with cash reserves and legal protections, corporations can move with greater agility than governments, which face greater constraints. When corporate profits at home are down, they can be balanced by income elsewhere.

Over the past two decades, global capital markets, technological connectivity and the growth of new consumer markets worldwide have given rise to massive corporate platforms in commodities, finance, information technology, retail and other sectors. The scale of entities such as Google, Facebook, Walmart and GE has made them appear almost stateless as they operate in a global playground.

Yet the future of these stateless superpowers will be much more complex and challenging. In the face of rising nationalism and regulation, the opportunities presented by global markets – even fragmented ones – will push corporations to ‘go local’ everywhere, anchoring themselves in each market to comply with domestic requirements.

Only nations have boundaries

For today’s stateless corporations, ‘home’ is a riddle. Try asking an Accenture consultant or DHL delivery agent where the company ‘is’ and see what answer you get. Accenture’s employees are scattered across 55 countries: where the regulatory environment isn’t ideal for business, consultants fly in for assignments, complete their work and return to regional hubs deemed more business-friendly. The human resources department ensures that consultants don’t spend too much time on site, to avoid establishing residency status.

Government proposals such as taxing companies based on the location of their ‘headquarters’, or attempting to apportion revenues according to jurisdiction, seem stuck in the quaint 20th century of territorially rooted multinationals, rather than 21st-century “metanationals”, the term coined by INSEAD professor Yves Doz. So, too, the nativist uproar in many Western countries against migration. The movement of people across borders represents the most profound challenge to the traditional conception of states. There are more migrants than ever in history: more than 300 million people are ‘expats’, living outside their country of origin. The truth is that nationalism as an ethnic rallying cry simply won’t unwind the expansive immigration policies of recent decades. In a world of mass migrations and racial dilution, nationalism is not an unshakeable force, but one competitor in the marketplace of identity.

The future of the boundaryless corporation

Nonetheless, the fragmentation of regulation and the anti-foreign backlash implies that in the long run, global companies will morph into new forms. One possible model is for companies to be organized as affiliated networks of independently-operating, locally-registered, privately-held partnerships.

Signs of this are already evident. Inspired by China’s decades-long success as the world’s factory floor, the #MakeInIndia campaign has forced American defense contractors like Lockheed Martin into joint ventures in order to gain lucrative contracts, and raised the bar for Apple to be granted permission to open flagship stores in the country. Meanwhile, China’s Xiaomi and India’s Micromax are gaining ground across Asia. Asian intentions are clear: soon, Western companies will seek to be part of Chinese and Indian supply chains, rather than the reverse.

Firms may also be motivated by more progressive or experimental regulatory frameworks. Two US companies, Domino’s Pizza and drone operator Flirtey, have started testing aerial pizza delivery in New Zealand, and have their eyes fixed on seven non-US markets with more favorable regulations. Similarly, Amazon has chosen the UK to test delivery drones.

Change may also be driven by the efforts of emerging markets to crack down on multinational transfer pricing. From India to Indonesia, governments have ramped up audits, raised capital gains taxes, and demanded country-by-country reporting on profits and tax payments in order to strengthen local presence. In almost all cases, companies comply so as to retain access to fast-growing markets. In effect, host governments want foreign investors to act like private equity firms, capitalizing local companies and operating through joint ventures or special purpose vehicles so that cash is held onshore for longer. 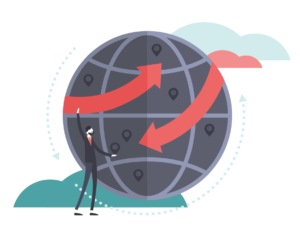 Stateless superpowers view the world not in terms of nations and borders, but supply and demand. Supply chains are now an autonomous force in the world, and they are reorganizing our geography away from simple political states and borders towards functional connective infrastructures. But supply chains are not things in themselves: they are transactions that confer weight on participants. Amassing and facilitating transactions is how power is built, whether by countries or companies. China in the 1970s was an over-populated peasant society, but within a generation it had become the epicentre of the world’s manufacturing supply chains. Attracting commercial flows is what made China a superpower, not nuclear weapons.

The European horse meat scandal in 2013 demonstrated the complexity of untangling the supply chains of producers, distributors and vendors spanning a dozen countries. From Romanian abattoirs, to IKEA in the Czech Republic, to frozen lasagna meals in Britain’s Tesco grocery stores, the process of tracing the origins of the horse meat, conducting food safety tests, and enforcing standards overwhelmed regulators, laboratories, consumers, and food vendors. In many sectors, supply chains have become nearly impossible to untangle, even within just one or two countries. The supply chains of energy, finance, electronics, and much else, have driven the matrices of business to envelop the world. Many Western and emerging market firms have become sprawling nexuses without a single headquarters.

Our dependence on supply chains is nearly absolute. When China suddenly banned the export of rare earth minerals in 2010, politically oblivious disk drive manufacturers woke up to their reliance on Chinese suppliers. Command of supply chains, rather than geography per se, is how winners and losers are determined today. Yet a supply chain’s ambition is not territorial aggrandizement, but access to markets, seeking to oversee the greatest share of the flow of goods, capital and innovations. According to Bain Capital, if countries reduced border administration delays and improved telecom and transport infrastructure to just half the global standard, global GDP would rise by 5%.

The paradox of the growing power of corporations is that even as their autonomy grows, their role as co-governors – or suppliers of governance – grows too. More than ever before, corporate supply chains shape and even create government regulation where it is lacking and provide public goods that governments don’t. European hydropower companies write the legislation governing their industry in Nepal, since no such laws exist; private hospital chains in India provide basic medical services in poor backwaters not served by the government, while private or philanthropic schools spread literacy. As states come to depend more on corporations, the distinction between public and private, customer and citizen, melts away.

Accountability means knowing where the buck stops, which is increasingly complicated in a supply-chain-driven world. Governments can’t fully control what they do not own. Strict rules set out by a franchise business like McDonald’s, where a powerful parent company is determined to protect the brand, create more accountability than government monitoring. The Fair Labor Association (FLA), with over 4,000 corporate members, works with non-governmental organizations (NGOs) to make supply chains safer and cleaner. It has pressured Apple, for example, to improve conditions at FoxConn factories, where Chinese authorities preferred efficiency at the lowest price.

For fastest growth, metanationals should look to the megacities. Cities are mankind’s most enduring and stable mode of social organization, outlasting all empires and nations over which they have presided. They have become the world’s dominant demographic and economic clusters.

As the sociologist Christopher Chase-Dunn has pointed out, it is not population or territorial size that drives world-city status, but economic weight, proximity to zones of growth, political stability, and attractiveness for foreign capital. In other words, connectivity matters more than size. In many emerging markets, such as Brazil, Turkey, Russia and Indonesia, the leading commercial hub or financial centre accounts for one-third or more of national GDP. In the UK, London accounts for almost half Britain’s GDP, while around one-third of US GDP is accounted for by the Boston-New York-Washington corridor and greater Los Angeles.

By 2025, there will be at least 40 such megacities. The population of the greater Mexico City region is larger than that of Australia, as is that of Chongqing, a collection of connected urban enclaves in China spanning an area the size of Austria. Cities that were once hundreds of kilometres apart have now effectively fused into massive urban archipelagos, the largest of which is the Taiheiyo Belt, the Tokyo-Nagoya-Osaka megalopolis which encompasses two-thirds of Japan’s population. By 2030, however, Euromonitor predicts that Jakarta will overtake Tokyo as the largest city in the world.

Great and connected cities belong to global networks. The world’s 20 richest cities have forged a super-circuit driven by capital, talent, and services. They are home to more than 75% of the largest companies, which invest in expanding across those cities and add to the intercity network. In many cities, entire new districts, sometimes called aerotropolises, have sprung up around airports to evade urban congestion and more efficiently connect to global markets and supply chains. This underscores the intrinsic value of connectivity: the airport is the gateway to world markets. A world map based on the three dozen megacities therefore tells us much more about where money and power are located than a conventional map of 200 countries.

How boundaryless is your company?

For nations, geography is fixed, but for firms, it is an arbitrage opportunity. The Financial Times has reported that Starbucks, Google, Amazon and other mega-companies pay less in tax to the UK than their share of revenue from it, by using offshore holding companies stretching from Belgium to Bermuda. A capacity for regulatory arbitrage and the ability to be geographically agile in mastering jurisdictions and regulations is an important component of a firm’s resiliency in today’s boundaryless world.

On the technology front, the aim is to master global supply chains and to ensure that products and services are well adapted for local markets. And when it comes to talent, metanationals need to be able to attract the best from all over the world and ensure that it is globally deployed.

If you want to thrive in a boundaryless world, ask how you score in these three areas. The next few years are set to be much more challenging for metanationals than recent years, but with a clear strategy, they will continue to shape our world. The future will not be not local or global; it will be local and global.

— Parag Khanna is a leading global strategy advisor and the founder and managing partner of FutureMap. An adapted version of this article appeared on the Dialogue Review website.