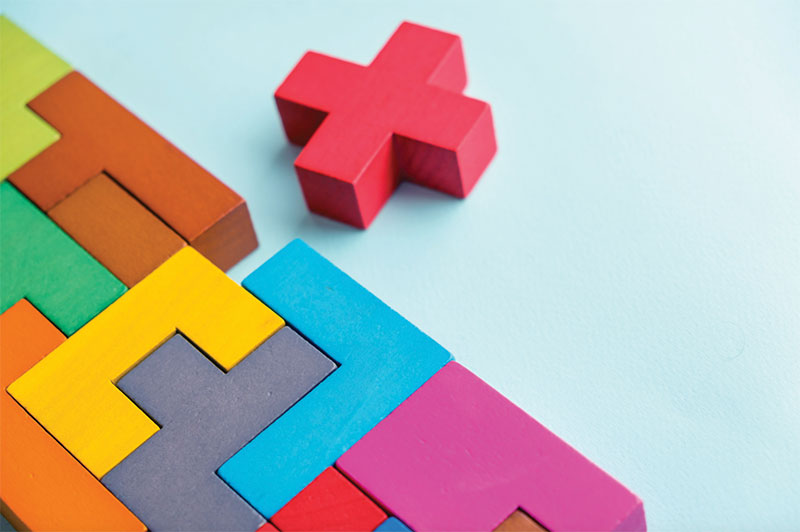 The professional poker player, Annie Duke, has written that the outcome of any given poker hand is based on two factors: the cards she and other players are dealt, and her skill in playing the hand. At its simplest, her aim is to achieve a positive strategic outcome. Leaders in organizations of every sort – for-profit, non-profit, non-governmental organizations and government agencies alike – have the same ultimate goal, of positive strategic outcomes. Like Duke, they can raise the odds of a good outcome in two ways: building their skills in decision making, and more effectively managing the uncertainties involved in implementing their decisions.

These two aspects are at the heart of strategic agility. Something of a buzz phrase in business today, people often think of strategic agility as the ability to make decisions quickly, but we argue that it is much more than that, involving not just faster but also smarter decisions. Being able to implement strategy in an adaptable way is equally important. Organizational leaders today need to become more perceptive in the decision-making process and learn to anticipate areas where they may need to adapt or course-correct in implementation. In the current Covid environment, adaptability has become an active verb, not just an abstract concept.

Leaders often choose not to make decisions quickly because they want the maximum amount of information and data. In an era of big data and predictive analytics, leaders want ‘data-driven decisions’. Yet in today’s complex and volatile environment, there are many uncertainties for which data alone cannot predict the outcome.

Take political risk. Hospitals in the US face great uncertainty about the reimbursement model for their services over the next five years: no amount of data collection today will provide answers about future political decisions, yet hospital administrators still need to make strategic decisions to prepare for the future.

More broadly, the work environment of the future is completely in flux: will the temporary changes made due to Covid-19 prove to be permanent? There are no relevant data sets for our unprecedented times.

There are, however, many best practices in making decisions faster and smarter. Research shows that diversity of thought leads to higher-quality decisions; perceptive leaders encourage disconfirming evidence from their teams. Most critical, though, is the explicit identification of two areas: overall strategic intent, and the key uncertainties faced. Identifying these gives leaders the freedom to ensure their overall goal is met, but allows for adaptability – that is, for managing uncertainty – in execution.

Military leaders are very deliberate in establishing what they term ‘commander’s intent’. Every soldier on the field knows the overall strategic intent when the battle begins: it is crucial when, inevitably, plans must change due to conditions on the ground. A story from D-Day perfectly illustrates the importance of clear strategic intent.

The promontory of Pointe du Hoc on France’s Normandy coast was a critical American objective on D-Day, 6 June 1944. It was the highest point between the American landing beaches, Omaha and Utah, with a commanding view of the entire landing area. Nazi forces had made it a key independent fortress in their Atlantic Wall defences, the site of a deadly artillery battery. Controlling these heights was to be paramount for the success of the Allied landings.

The mission to capture Pointe du Hoc was assigned to the 2nd Ranger Battalion under Lieutenant Colonel James Earl Rudder. He outlined two specific missions for his unit. First, capture or destroy the German guns; second, cut the hard-surface coast road connecting Utah and Omaha, the Vierville Road, to prevent German reinforcements from reaching the beaches. Rudder ensured that every soldier in the unit understood the overall intent of the mission – capture or destroy the guns – as well as their precise individual assignment.

The Battalion’s landing was hampered by stormy weather, unexpected debris being dislodged from the cliffs by the pre-landing bombardment, and malfunctioning climbing equipment. Yet, having begun their assault at 7:10 am, the Rangers were atop the cliffs in force by 7:30 am. They discovered that their primary objective, the German guns, had been displaced to another location, so the troops transitioned to their secondary mission, bisecting the Vierville Road and establishing a strong defensive position. They then sent out patrols in search of the guns.

One of the patrols, led by Staff Sergeant Leonard Lomell and Sergeant Jack Kuhn, discovered a dirt road leading inland and decided to follow it. Lomell and Kuhn were non-commissioned officers: in business terms, first-line supervisors. About a kilometre inland they discovered the German guns and, without hesitation, set about destroying them. At nearly the same time, another patrol under the command of Sergeant Frank Rupinski found the ammunition dump which supplied the battery. Using plastic explosives, they detonated the German shells. By 9:00 am, the 2nd Ranger Battalion had accomplished both of their D-Day missions.

How did the Americans improve the probability of a good outcome? First, Lt Col Rudder made certain that his overall strategic intent was clear and unambiguous: capture or destroy the German artillery. At no stage was this strategic intent aborted: the setbacks encountered simply meant that the plan to achieve that intent was adjusted. Secondly, the commander’s intent was understood and impressed upon every single member of the organization, not just officers or senior non-commissioned officers. It is telling that the individual Rangers who accomplished the mission were not involved in planning the operation and were lower-level supervisors. Their individual initiative, resting on a complete understanding of the overall intent, was nonetheless decisive.

Perceptive leaders are not only clear about their overall intent but also explicitly identify and acknowledge key uncertainties as they make their choice. This is crucial, for several reasons.

First, identifying what is unknown provides a smarter way to make decisions in the absence of perfect information. Second, the areas of uncertainty are likely to be areas where adaptability will be necessary. Perceptive leaders not only share the uncertainties they have identified but also encourage their teams to continually seek early indicators of change. These leading indicators allow for a proactive approach to adapting in implementation, and thus for more effective management of the uncertainties faced. Identifying early indicators of change is far preferable to relying on lagging indicators. There are concrete tools to help in this need for vigilance, but even more crucial to effectively managing uncertainties is the organizational culture.

Many organizations promote ‘performance-driven’ cultures, where employees are rewarded for meeting clear performance measures. Yet while performance is certainly important, perceptive leaders also encourage candour, intellectual curiosity, and learning agility among their employees. Without these attributes, an organization will be ineffective in managing a volatile environment.

One company trying to encourage that curiosity and learning agility in today’s volatile environment is Novartis, one of the largest pharmaceutical companies in the world. It embarked on a ‘Curiosity Chapter’ between July and September 2020, with the aim of promoting intellectual curiosity across its 108,000-strong workforce, through a series of over 100 webinars and events. It is part of the company’s declared intention of “going big on learning”, with an investment of US$100m over five years. Simon Brown, the company’s chief learning officer, points out that as a science-based company, innovation is “at the heart of what we do”: as such, he says, “we need to foster curious minds with a desire to learn and a passion to discover new and better ways of doing things”. Defining its culture as “inspired, curious, unbossed”, Novartis has recognized the need to provide employees with “the space and time to learn”, adds Brown: the company has set an ambition to support the company’s associates in spending 5% of their time – around 100 hours a year – on learning. It is a striking example of how leaders can help make curiosity a reality throughout their organizations.

Another firm which provides a good example of how leaders can build a culture of agility is Intel. Intel’s example is compelling because their leadership ‘trinity’ – Robert Noyce, Gordon Moore, and Andy Grove – inculcated a culture of agility from the company’s inception in the early 1960s. Noyce was central. He had a unique personality and an endearing management style which actively encouraged candour. As a manager, he was a charismatic leader who inspired confidence and trust in his subordinates, and he was entrepreneurial to the core: risk-taking, always seeking better practical solutions to problems, eschewing hierarchy, embracing informality, and seeing the worth in employees. As a ‘big picture’ thinker, Noyce avoided becoming embroiled in administrative details: his approach was complemented by the strong administrative talent provided behind the scenes by Moore and Grove.

One of the most important elements of the Intel corporate culture was the development of ‘productive paranoia’ (a phrase coined by the organizational researcher Jim Collins), a constant alertness to competitive threats. Intel committed both to developing a constant stream of innovative solutions and products, and to interacting effectively with its customers. Noyce sought to design products around customer needs, not requirements, by incrementally improving upon the inventions of others. He championed a creative, open, and collaborative process for innovation and experimentation. It may have been Noyce who received credit as the inventor of the integrated circuit and microprocessor – and he certainly had the vision to support these projects and establish markets for the products they underpinned – but their development depended upon the work of many employees, through a collaborative process.

Intel’s case is instructive for several reasons. First, Noyce, Moore and Grove were fascinated by the technology and its possibilities and regarded future innovation as a supreme intellectual challenge. Second, the Intel leadership trinity was masterful in creating a culture of agility – one that supported diversity of thought, productive paranoia, trust, and experimentation, which led to great commercial success. Finally, that productive paranoia led to a need to ‘see around corners’, in today’s language, which ensured continued success for Intel as it matured as a corporation.

Leaders cannot guarantee a good outcome when setting and implementing strategy. Perceptive leaders know, however, they can raise the probability of a good outcome by pulling two levers. They can make faster and smarter decisions, and they can improve their ability to manage uncertainties. A range of tools and best practices are available to build capability in these areas – but being clear about the strategic intent and building a culture of agility is absolutely essential.

Kathy Pearson is president and founder of Enterprise Learning Solutions, Inc (ELS), a firm focused on executive learning and development. Gregg Pearson is a partner at ELS and an adjunct professor at Lehigh University and La Salle University.