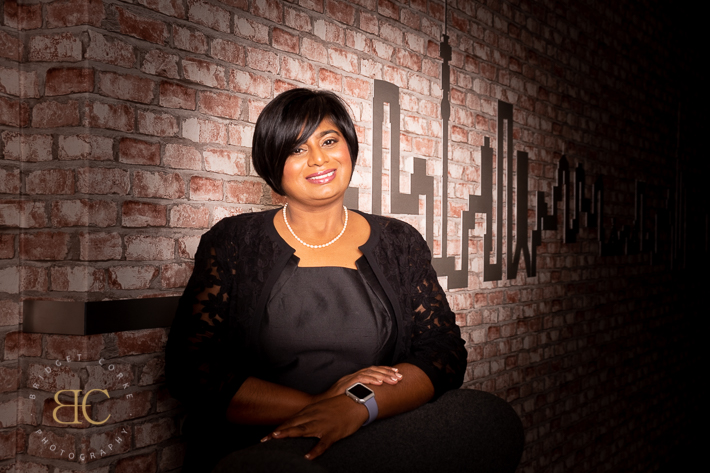 The characteristics that shape leaders can sometimes come from the most adverse sources. Such is the case for Sharmla Chetty, Duke Corporate Education’s president of Africa and global managing director for Europe and Africa. The deep prejudice of apartheid in South Africa instilled in her a desire to work for social change. She has been doing this throughout her career.

Her leadership credentials were developed early. A consummate school athlete (she still holds some school records on the track), she rose to captain of the netball team before her embryonic activism led to her being expelled at age 16. “In those days, you were not allowed to challenge the government, and I was openly opposing the government while in school,” she recalls. “My parents were in a state of shock. A young girl in your family being expelled, I guess that’s not so great.”

But despite the familial upset, Chetty’s life path was rolling out before her. “I was immediately known as being fearless, being a disrupter, someone who would seek to change the status quo,” she says. “Who couldn’t wish to violate these rules of white minority advantage?”

After her schooling ceased, her activism grew. In a confrontation with the police, she was attacked and brutally bitten by a security dog, sustaining an injury to her leg that she still struggles with today. Undimmed, she continued her campaign of protest, resulting in detention in police cells. “Let’s not call that prison,” she laughs, “but I have been locked up a few times, yes!”

She modestly plays down her personal sacrifice, as if to act otherwise would have been unconscionable. “Everybody at that time – including you – would have been an activist,” she argues. I hope that she is right and that I would have been, despite my advantaged ethnicity. But Chetty took huge risks from which many would flinch. “When I threw myself into the anti-apartheid movement, I knew what it would mean,” she says. “It meant that I could have been forced to leave South Africa, that I could have been thrown in prison. And I knew that it was a painful experience for my parents, because they wanted a child who would help them have a better life, not become embroiled in all of this.”

We are all children of our circumstances. But Chetty undervalues her contribution when she suggests that her raging against the machine was an automatic response that anyone would make. Not everyone living in PW Botha’s racist South Africa made such a stand. And she did more than many, her contributions helping change a terrible injustice 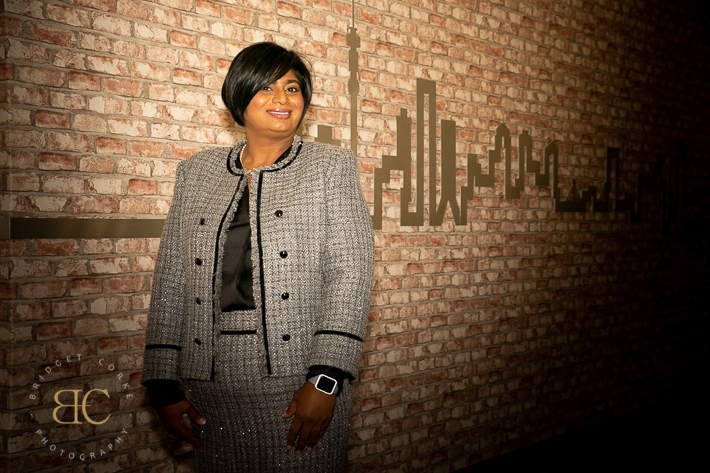 through teamwork and cooperative endeavour. “It’s the collective action of what people do, but mine was a way of making small changes, and becoming part of the activist movement,” she says. Did she ever question whether the movement’s efforts would be successful? “Yes, it’s very painful when you realize that change might be slow. You feel shackled. But, for me, every setback led me to ask, ‘okay, what else can we do? How do we live up to our values and champion this cause differently?’”

It was this lifelong commitment to affecting social transformation that, decades later, saw her resign from a steady, lucrative post as head of human capital development at Nedbank, to take another step into the unknown. She launched Duke Corporate Education’s African operation as its first managing director in 2007. Faced with the challenge of embedding the US brand in uncharted territory, she was driven forward by her personal purpose. Education is a key driver for social justice – and building leadership capacity in the Rainbow Nation was her calling. “I wanted to continue that social change,” she says. Her aptitude for thinking outside normal parameters, identifying opportunities where others feared to tread, composed the art of her operation. But the discipline learned in almost two decades of banking was the science. “I knew I would be able to inspire, encourage and motivate people,” she recalls. “But that alone wasn’t good enough. I had to bring in my banking experience, being clear regarding goals and strategy, and setting direction. You can be aspirational, inspirational, all those things. But if you don’t have performance measures, you are not going to achieve anything.”

This fusion of human motivation and commercial steel came in no small part from Chetty’s paternal grandmother. Chetty Sr, a single mother, ran a stall on Durban market during the apartheid era, stringing together a decent living against all odds. “She was an active voice in the community who played a key role in values-based leadership,” recalls Chetty. “When I was a child, she sold vegetables on the market, and a lot of my entrepreneurial mindset comes from her.” At age six, the young Chetty could observe the nuances of business, supply chains and the importance of personal relationships. “I saw on the market how networks work,” she says. “My grandmother was not formally educated, but she shaped my mindset into being entrepreneurial and innovative.”

Show me the girl at six, and I’ll show you the woman. The adult Chetty is known for her unorthodox, ideas-based approach to business. She is the free-thinker who turned the one-time start-up into Duke Corporate Education’s new jewel, achieving growth and success few dared hope for. “Duke CE Africa was at birth stage and didn’t have a recognized brand on the ground,” she recalls. “It was a global organization coming into a country at a time when people were very patriotic to South Africa and South African brands. There were some great brands in the country and my question was ‘how do we learn to be global to our advantage?’”

Chetty’s leadership style has been burnished over a colourful career spanning the anti-apartheid frontline; to the disciplined corporate strictures of banking; to the think-on-your-feet flashdance of bringing a launch to success. Her standpoint is that you are clear about your goals upfront; are realistic about the scale of your challenges; that you give people the autonomy to deliver. “I always hire people smarter than myself,” she says. “I bring people together and we all accept that the job is going to be difficult.”

She gives honest feedback – “to be an accountability partner”, she says. “If we achieve something, I make sure that the team gets recognized for it, that it’s their success. You need to be able to role-model successful behaviours. People need to be empowered to do things that they enjoy doing. Good teams, good individuals, want feedback. So you need to give them the feedback and unlock their potential through goal-setting. Inspiration is not enough. You need to be clear what is the aspirational aim for that individual, set that goal, and measure their performance; and that means investing in that person. And when they see that investment, they realize that you will trust in them as well.”

Chetty cites the dean of Duke University’s Fuqua School of Business, Bill Boulding. Boulding talks about the ‘decency quotient’, simply put, that leaders should care for their people. “You really care about your people,” she says. “If you want to embrace people doing things for you, you need to find out the things that excite them. What are the things that are important to them? You need to know if they have important things around family and need to leave early. If their kids have sports games, they need to go!” It’s striking how she says nothing about financial compensation, and lots about social support. “It’s personal and professional,” she says. “It’s certainly not just professional.”

Does she think that this ability to convene, inspire and facilitate is born of a time when she had no monetary element to offer; her activism days when the only rewards were baby-steps of social progress; and that colleagues’ efforts could result in their being slung behind bars, or worse? “Yes, it’s not a cash exchange, right?”

Chetty is incredibly persuasive. As simply as she set goals and a vision for her netball team when a teenage skipper, she has delivered projects that seemed impossible at the outset. “You have unlocked something there,” she says. “It’s around playing in teams, and these skills come early. Getting people to buy into your creative ideas. A lot of times people think I am crazy. They say ‘oh gosh, you want 500 people at The Davos of Human Capital event?’ But it happened. What you have to do is role-model the behaviour and get it done. Show people that it’s possible.” She is, she says, “a child of multiple mothers” – her real mother, her aunt, her partner’s mother – “my mum and aunt demonstrated courage during adversity; my partner’s mum showed me how to rethink failure and give myself energy for new directions.”

With Chetty’s knack for thinking the unthinkable, Duke Corporate Education Africa is on the up and up. Meanwhile, she is branching out into new projects. She has launched a mentoring circle for South African children, helping develop capacity at an early age. She works closely with her friend Zanele Dlamini Mbeki, the feminist and social worker and former first lady of South Africa. “I’m blessed to have wonderful people around me,” Chetty says.

“Mrs Mbeki is like a second mother to me. She plays an active role in my life, I constantly learn from her wisdom and humbleness. I am lucky that I am surrounded by so much care and love.”

Despite her ostensible sanguinity, I wonder whether there will ever come a time when this great changemaker is satisfied. “You know, it’s all quite affirming to talk to you about it,” she says. “You speak about my facing adversity, making change, breaking the rules and the traditions, but my purpose is constant and stays with me – my drive for greater social justice. Even as a kid, when I was making a stand, I knew that we always need to improve.”

I guess the answer is no – she won’t rest. There will forever be something else for her to change for the better. When you know her history, you can see why.

— Learn more about Duke Corporate Education’s work in Africa. Ben Walker is editor-at-large of Dialogue. An adapted version of this article appeared on the Dialogue Review website.