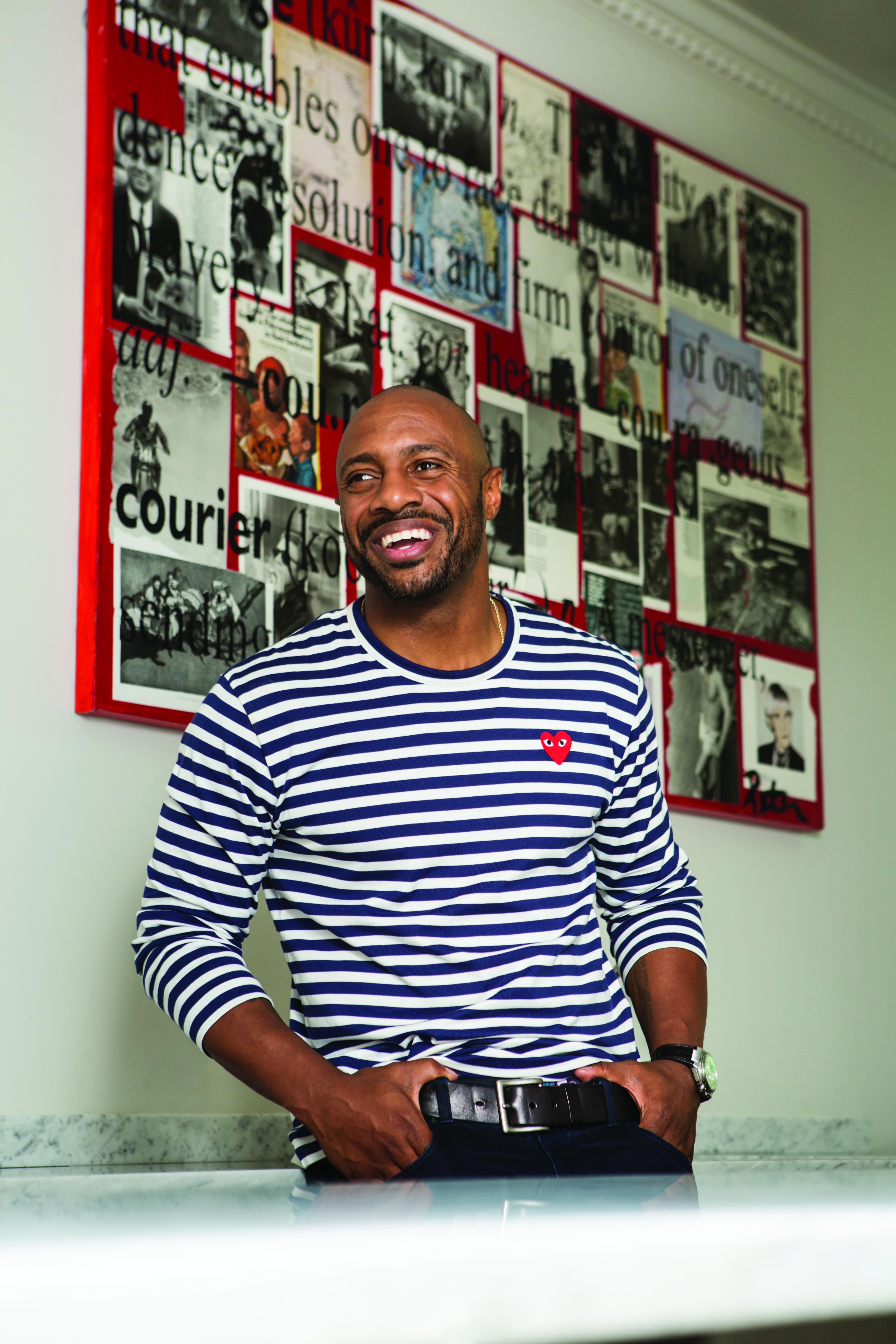 You need others to be frank with you, says Jay Williams.

As Jay Williams’ car is winding its way to New York City through the mountains of West Virginia, the phone service cuts out. It’s the day after the 4th of July holiday and Williams is making the return drive to the city through this stunning landscape, passing the gleaming Shenandoah River as it cuts a blue line through the majestic Appalachian mountain range. A few minutes later, my phone rings again. “Ben, I’m sorry, a tunnel appeared.” No problem, I reply. Williams is sanguine about my overrunning my interview time: “I’ve got nothing in front of me, my friend, but road.”

It wasn’t always that way. The golden highway upon which Williams was riding ended abruptly when he was just 21. Williams, who played for Duke University Blue Devils, was the standout player in US college basketball. He won the 2001 NCAA National Championship with Duke, earning NABC Player of the Year. He broke the club’s record for points scored in a single season. When he graduated from Duke in sociology in 2002, his jersey number – 22 – was retired in his honour. A few months later, he was drafted as a professional by the Chicago Bulls.

But one summer night, a year after he turned pro, fate struck. The young point guard climbed astride his Yamaha R6 motorcycle. He didn’t bother with a helmet. Williams lost control of the machine as it started up and tore into a streetlight on Chicago’s North Side. The main nerve in his leg severed. His pelvis fractured. Three ligaments in his knee dislocated. Realizing he would be unable to play for a long time, if ever again, the Bulls released him. By riding the bike, Williams violated the terms of his contract and, for that reason, the club was not compelled to pay him off. It nevertheless waived him with a voluntary $3 million goodbye to help finance his healthcare and rehabilitation. In his autobiography Life Is Not an Accident, Williams says that the payoff helped fund and fuel a dangerous addiction to prescription-only painkillers. Hooked on drugs, depressed and twice suicidal, Williams had run out of road.

“I spent a while, four or five years, feeling sad and depressed and angered,” Williams tells Dialogue. “I was angry and depressed at the fact that I had lost an opportunity to provide a life for my family that they deserved; to repay the sacrifices they made for me to be in the position I was. My ego was my worst enemy.”

After a series of attempts to revive his basketball career foundered, Williams had to re-evaluate his life. It wasn’t easy for a man who tended to dwell on the downside. “Particularly in my professional year, if a negative thing happened on the court I would let it consume me,” he says. “But after going through depression I was forced to focus on where I was going rather than where I was. I had been tricking myself that things weren’t as bad as they were.”

I suggest to him that many people struggle with that approach to life – making the original choice of deciding who they want to be, rather than being happy with what they are. He’s unmoved by the concept of being happy with your lot. “Change your terminology and say, ‘I choose to be this’,” he says. “Don’t just run with the copout version and say, ‘well this is who I am’. You have the capacity to be better, but you have to want that for yourself.”

Does he think that your peers can play motivator instead? “If you don’t want it for yourself then who can you find in your life that wants you to be a better version of yourself?” he asks. “For me, my wife helped me be better. There were some issues that we had to face early on in our relationship because I had some tendencies from my past and she forced me to address those head on. I could have said, ‘well this is who I am’ but I said ‘how do I find the tools to be better?’”

I put it to him that most people lack a seminal moment that forces a change upon them: mercifully, few businesspeople have to endure his ordeal. But Williams demurs. “I think lots of people have accidents,” he says. “It wasn’t until I was talking to one of my friends – I won’t say his name – about my own struggles that he started relaying to me that he’d lost his childhood sweetheart. She filed for divorce out of nowhere. That was his accident. Yeah, so I had an accident on a bike. But my friend was having a very similar experience. It was much the same: I was watching him go through so much pain, hurt and anger, similar emotions to me. It was the first time that I thought, just for a second, that he had an accident just like I did. Many people have their own accidents, they just choose to suppress them.”

Today, Williams, a basketball analyst with ESPN, is a big name on the speaking circuit. I witnessed his powers first-hand at a global training conference in Atlanta. He was the highlight of the day, holding a mesmerized audience in the palm of his hand as it shared his journey from road crash to renaissance. It’s vanishingly rare to see someone command the imagination of a crowd like that. What’s the secret? 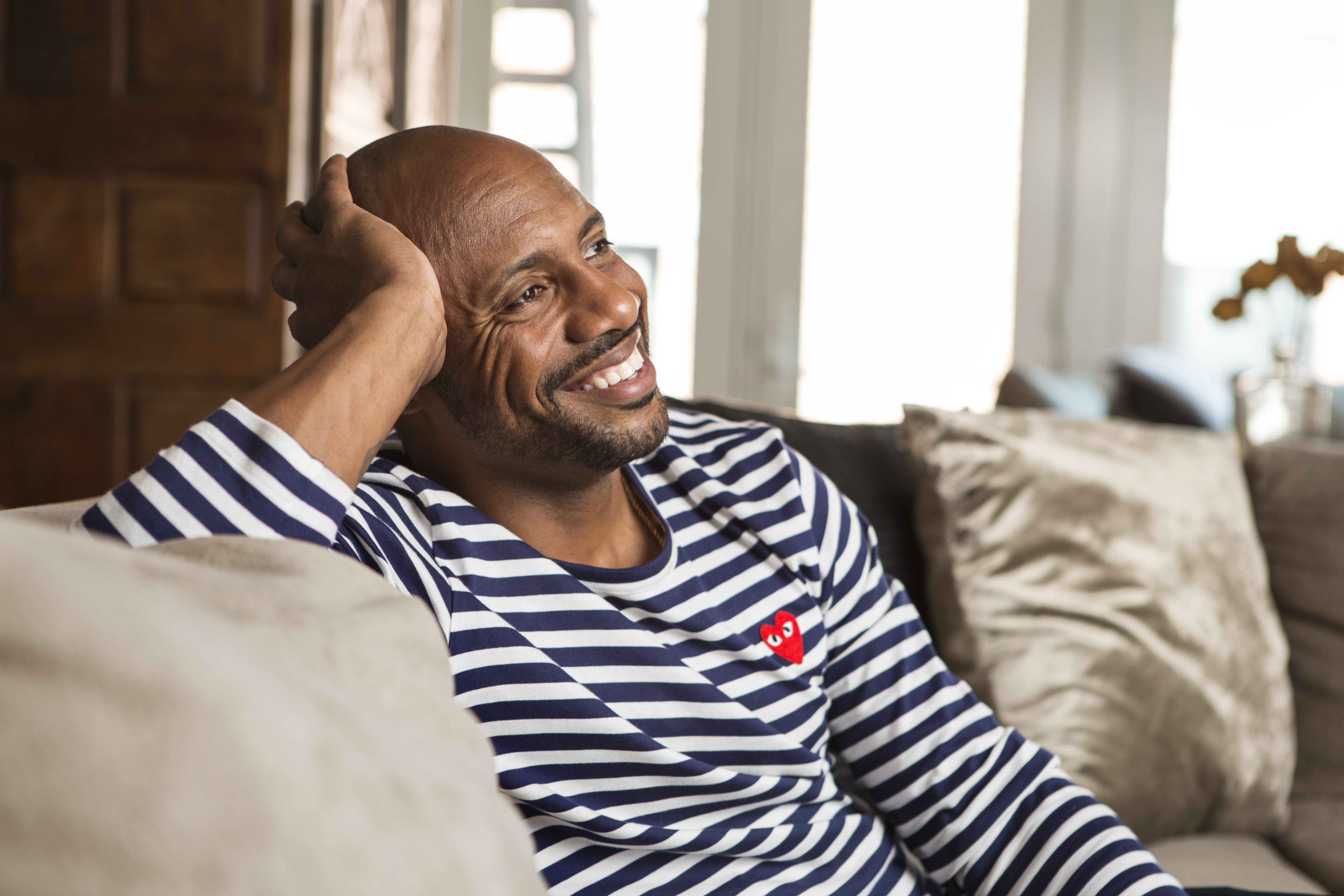 He answers the question indirectly by recalling a video he made for his babysitter at the behest of his wife’s family, to thank her for the positive influence she had had on his daughter. His sister-in-law was surprised that Williams nailed a touching video message with minimum fuss. “I automatically went to this place where I said, ‘thank you for being a supporter of Nikki and me, you have done an incredible job’.” His aunt-in-law was stunned by the rapidity, precision and warmth of his delivery. She said: “You can just do that?” Williams told her it came easily. ‘I said, ‘well I’m just thankful to someone who has shaped the person who is the most important person in my life’. By doing that she has also shaped me, so I found myself talking about how she had shaped me too.”

Honesty and authenticity, he says, are the key to storytelling – talk from the heart and you will bring people with you. “That would be my advice to anyone doing public speaking,” he says. “Talk about something you are passionate about. Talk to yourself about those experiences. When you are public-speaking, you are not talking to anybody except yourself.”

Williams will this year use his considerable gift to help improve the lives of young people from troubled backgrounds. He is teaming up with LA Lakers basketball star LeBron James, producer of Best Shot. The show documents Williams’ training and mentoring of an inner-city basketball team. What drove him to the project? “Being an African American male has a different set of challenges,” he says. “It was more convenient to act one way and speak another. Being one of just ten African Americans in the Catholic school my parents had sent me to, I was deemed in certain ways. I was deemed ‘athletic’, or I was deemed ‘hood’. When I went back to my hometown, speaking the way I am speaking to you now, it was, ‘you are an Uncle Tom’ or, ‘you sound too white’ or, ‘you are a sell out’. So how do you find your own voice through those different experiences? One of the things I become more passionate about as I get older is how I take those lessons forward.

Williams speaks with the freedom of a man released. At Duke, he was mentored by the legendary Mike Krzyzewski, known as Coach K. Krzyzewski was his mentor, a man he credits, along with his mother, father and wife Nikki (they married this spring), as being a key influencer in his life. After leaving Duke and Coach K, Williams suggests that he suffered from stardom, the sycophancy of the professional sports circus, the hero worship. “The only way to get better as an athlete – or anything in life – is to have someone be frank with you,” he says. “When someone tells you what you have to work on, then it is really up to you what you decide to do with that. I was in the NBA and all of a sudden I was surrounding myself with ‘yes’ people … and I saw what happened to me when I did that.”

His accident proved a turning point. He began to surround himself with people who were more honest. “Being able to recalibrate and finding that sweet-spot again was important to me,” he says. “When you have that in your life, you are forced to see things from different perspectives. I am lucky to have people now who will tell me what they think. I don’t always agree with them, but what it does is force you to stop and be a bit more introspective. That better equips me. Too many people have those experiences and shun them, saying, ‘that’s not who I am’ and, ‘that’s not what I am going to be’. Instead they should say, ‘this is helping me shape my perspective of people’. Why would you want to push anyone away?”

At the end of the call, the phone crackling as the Williams family winds its way through the West Virginia hills, Williams brings up soccer. “I hope you guys win the World Cup,” he says. In the end, the England team didn’t quite make it, but they reached the semifinal for the first time in nearly three decades. Gareth Southgate, their coach, was an inspiration, espousing team spirit, and telling his players to “write their own stories”.

Williams rewrote his own story, when it looked for all the world that it might culminate in tragedy. “I read this great quote once,” he says, “‘throw yourself off a cliff and assemble a plane on the way down’. Mortality puts priorities into sharper focus. The things I have struggled with, other leaders have struggled with. We all have something that we are battling through. Some people deal with that privately. But I prefer to deal with it openly.”