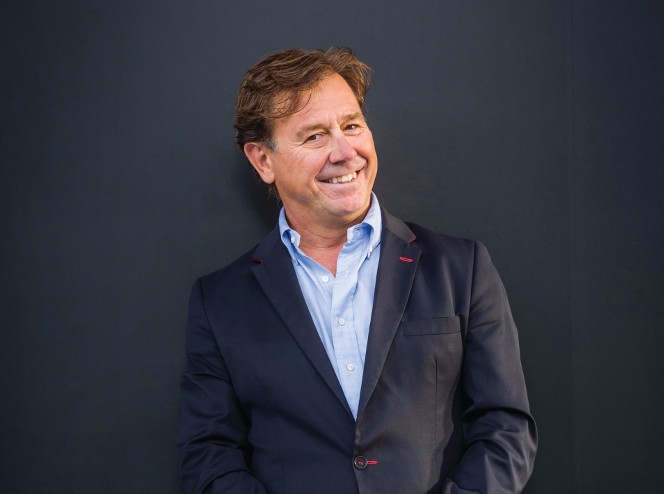 Javier Sanchez Lamelas is more artist than scientist. The venerated former European VP of marketing for Coca-Coca has been globetrotting, and misses our interview slot due to his miscalculating time zones. But when I finally catch up with him, he’s worth waiting for.

Lamelas is a strong candidate for being a near genius, spending two decades selling a simple product – Coke – to the world by tugging at consumers’ heart strings, not their rational mind. Emotion, he says, is the key to marketing: plug into people’s instincts, their irrational desires, and you have them in the palm of your hand. “Love consists of overestimating the difference between one woman and another,” he says, quoting the Irish playwright George Bernard Shaw (Lamelas is careful to add that the same is true of men). “All human beings, all mammals, have an emotional brain guiding them through their lives. What good marketers do is attach emotions to products and turn them into brands that deliver higher emotional attachment than the utilitarian essence of a product. That is perfectly fine. If you are driving a car you love, you feel much better than just the simple pleasure of moving your body from one place to another.”

Fashion – and its effects on the wearer – is a favourite theme of Lamelas. “When she wears a pair of shoes from Louis Vuitton, a woman instantly feels better,” he says. “And that feeling better is something for which people will happily pay a premium. That is the basic mechanism of marketing.”

That is true. Were it not, no one would ever purchase designer clothes or watches, given that decent quality alternatives are widely available for a tenth, even a hundredth, of the price. Yet, beyond the sugar and caffeine rush it gives its consumers, does Coca-Cola really have that sort of effect? I put it to Lamelas that carbonated beverages seem several rungs of luxury below Omega watches or high-heeled shoes from glamorous French designers. The key is the way the drink is marketed to reflect and represent a lifestyle, he retorts. “Go back into the history of the brand,” he says. “Life tastes better with Coke. Life tastes good. Enjoy. Choose happiness. That’s how we do marketing.”

Lamelas’ marketing formula – letting the sunshine in – spreads to his management style. His confirmed view is that companies, as a rule, fail to give their staff enough time and space to have and promote their own ideas, thus strangling the pipeline of ingenuity that leads to commercial success. “There is a tendency of management nowadays to do two things that are incorrect,” he says. “The first mistake is concentrating 100% on the quantitative side – by that I mean taking the view that if someone cannot demonstrate that point quantitatively, that point does not exist, or that point is irrelevant. That is terrible. If we go back in the history of mankind, few of the ideas and inventions that brought us to the world we are living in today were demonstrated by mathematics at the point of conception. You need quantitative support, yes, but I advocate giving leeway for ideas that go beyond quantitative thinking.”

The second mistake, he says, is the tendency for people to fill up their team’s diary to the point where considering new ideas becomes a niche hobby of a chosen few, rather than the habit of the entire staff. “Their days, weeks, and months are filled up without their even having the time to think,” says Lamelas. “That’s a huge mistake of corporations, which are filling up the lives of individuals with repetitive tasks, leaving very little time for creativity.”

One of the soundest pieces of management advice is that the most important job of a new leader in a team is not to allocate more tasks to their staff, but to take tasks from them. How does Lamelas fight those battles in a large company, with the attendant pressure to fill up people’s diaries? “That’s a fantastic point,” he says. “The answer is that you have to really think through what each individual is good at.” He points at a corporate culture that values versatility over expertise. “Companies spend too much time making sure people can do everything – then forget that there will be some areas where those people are phenomenal,” says Lamelas. “And many don’t assign work to individuals based on their areas of strength. Yet that is one of the keys to great output – identifying what people are good at, and making sure they do it.”

Creating space for ideas, letting them grow, allowing staff time to think, is, he says, all too rare – thus, marketers are being starved of ideas. Sometimes, says Lamelas, it is marketing managers themselves who do the strangling. “We have to realize that managers have filters – and recognize that we tend to start filtering ideas too soon,” he warns.

Yet while Lamelas is an artist, he is no dreamer. He is brutally clear about the need for managers to design processes that are easy for teams to work within. The sad reality, he says, is that many processes are ill structured and onerous to maintain. “Processes that are too time-consuming, processes that require five levels of approval – those processes inevitably lead to the wrong outcome,” Lamelas warns. “If you are going to be a leader and deliver great marketing, you need to be a process designer – and you need to make sure your processes are superior to those of the opposition. It’s what I call creating the marketing factory. It’s how great managers bring breakthroughs to the business over and over again.”

Nor does Lamelas spare the sensibilities of clients. Many corporate customers, he says, are so bound by their own inflexible systems, inability to make decisions, and subsequent lack of imagination that they miss out on game-changing concepts. “I think when agencies read my new book, first they are going to be smiling – and then they are going to be crying,” he says. “Agencies present good ideas and they just get discarded. It happens. Some of the time it happens because you get poor decision-management in the [client] company, and other times it’s because people do not understand the power of ideas. It is far more difficult to persuade people of the greatness of a great idea than to have a great idea.”

Lamelas reflects on working with the government of a small Mediterranean island (he doesn’t want to name it). The island had few cars, so Lamelas proposed making it electric-vehicle only, to improve its air quality and give it a USP that would help promote it to tourists. The government of the island vacillated. “They could have done it in five years,” he says. “But the client saw all sorts of complications. That was five years ago. About one month ago, a different island – Formentera – just announced the same proposal. What an opportunity lost [for my client]! But having great ideas is much easier than selling great ideas.”

Whatever the difficulties associated with his core business, very little in Lamelas’ career comes close to the days of thunder he faced when the Coca-Cola secrets scandal broke in 2006. Confidential Coca-Cola documents had been leaking out of the company. The company’s arch-rival, PepsiCo, had been contacted by the perpetrators, who offered to sell it the secrets. Pepsi had no choice but to contact Coca-Cola and warn it of the leak, amid fears that Pepsi itself would be implicated. By the time Lamelas was told of the breach, the FBI had pinpointed the leak to his own secretary, Joya Williams. In his book, Lamelas says “my whole world fell to pieces”.

What followed was the stuff of thriller novels, not the soft drinks trade. At Hartsfield-Jackson International Airport in Atlanta, an FBI agent posing as a Pepsi executive met Williams’ associate, exchanging the documents for $30,000. In the aftermath of the trap, ahead of the trial, Williams’ lawyers tried to turn the tables on Lamelas. Their strategy was to make out he was a bad boss, who overworked his secretary to such a degree that she had to take confidential documents home with her. Williams would claim that her associates had stolen the documents.

Away from the crucible of the case, the story stretched. Although there was never any suggestion that the Coca-Cola recipe had been lifted, Lamelas came home one day to hear his son, Javier Jr, report that one of his schoolmates had been saying Lamelas had sold the secret formula to Pepsi. I wonder how Lamelas ever slept at night. “The moral duty of managers is to do what is right for the business, which is usually very difficult when there are moments of tension,” he says, coolly. “You develop a sort of self-resilience and a sense of duty which protects you when there are crises. That helps you to keep going when something like that jumps into the press. You really feel the pressure when you are on the other side of the Atlantic and you start getting phone calls, and journalists start throwing things at you that are untrue.”

Despite the undoubted rarity of his experience, he plays it down, implying that it was philosophically little different to the challenges managers face every day. “People go through many of these crises,” he says. “When a company has to restructure a business and you have to resize your department, that’s extremely tough – and many people go through it.

“If you have a product-quality crisis or a safety crisis, that’s hard too. There are many. The key is that you hold on to your horses, and you keep your brain cool. Your career is not a one-year race, it is not a five-year race. It is a 20-, or 30-, or 40-year race – and you are going to find obstacles all the way through.”

The Pepsi experience did end up helping him. It burnished his leadership credentials, as colleagues saw how he handled the innumerable challenges it presented him, and how he thrived afterwards. “In my book, you’ll see how a colleague came out the blue and said, ‘Javier, through all this time you have been a great example for all of us, and I want to thank you’. That was a big moment of relief for me.”

Lamelas left Coca-Cola this year after a long, illustrious tenure. Now striking out on his own, he is looking for clients who want a more “emotional, meaningful brand message”, but also those – and here is the procedural zeal again – that want to change their systems so ideas can flourish. His new agency is called Topline Martketing Consulting Group. The misspelling is deliberate. He wants to emphasize the art in his ethos – and only an artist could get away with that sort of wordplay.

Lamelas speaks warmly of gaining clients from all manner of industries. I suspect he will bubble up to the top.