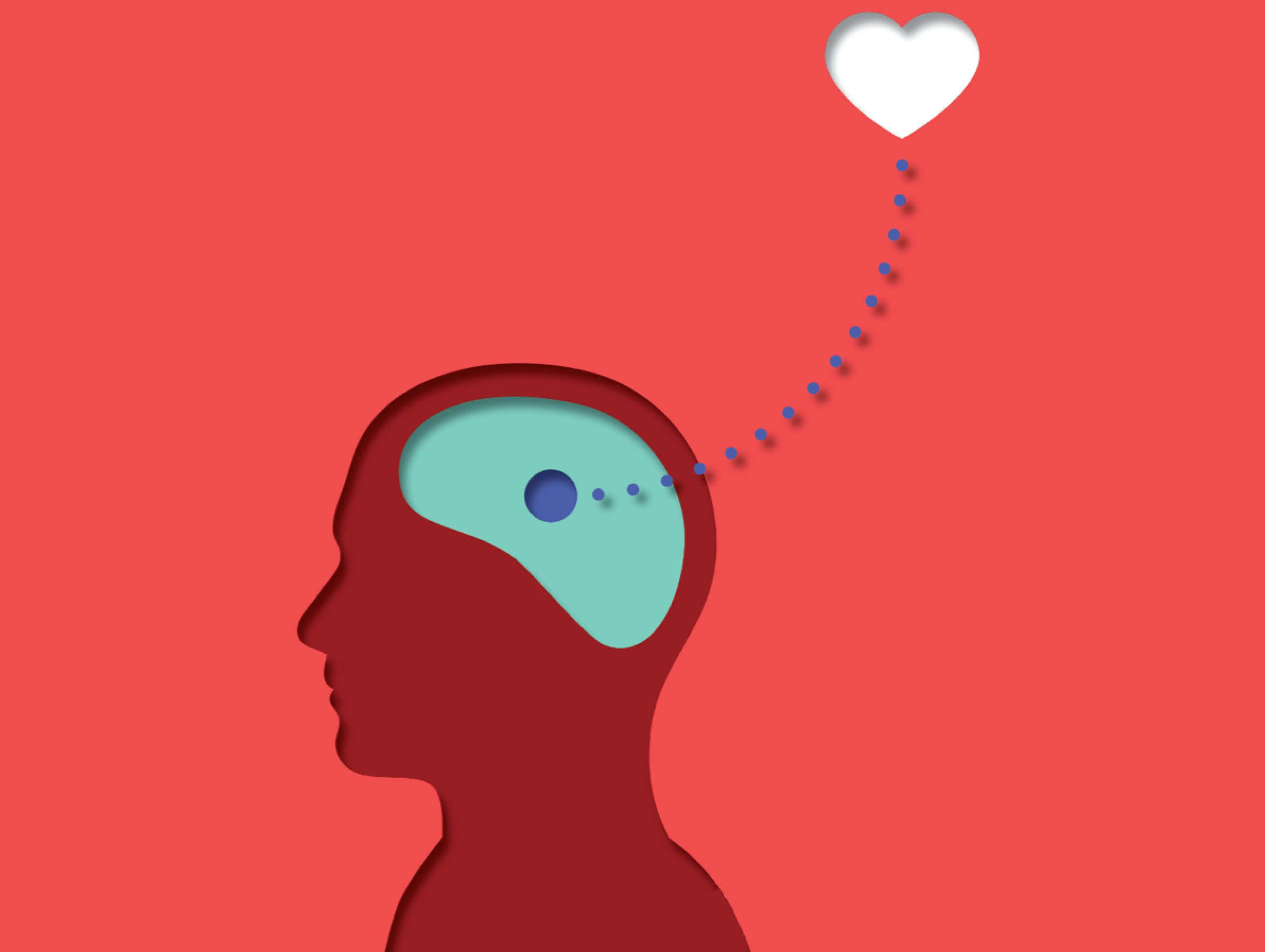 It’s a truth acknowledged in every marketing book published last year: sales are made when we appeal to a customer’s human nature. Emotional intelligence (EI) is vital, allowing the salesperson to read the emotions of other people, responding empathetically whilst simultaneously controlling and expressing their own emotions. High EI makes it easy for a customer to say “yes!”. Yet mastering its component parts – resilience, influence, communication, flexibility, empathy, creativity – is no small feat.

A study of more than 28,000 professionals from nine sectors (including more than 2,800 in sales) by EI testing and training firm, JCA Global, reveals – as you might expect – that successful salespeople, on the whole, have EI scores significantly higher than average. But careers in sales are journeys, and journeys don’t always have happy endings. At the very top levels, sales leaders seem to start losing the very EI that won them their thrones.

The graph tells an interesting story: as fresh salespeople enter the industry, a lack of life experience, low confidence and little emotional maturity is reflected in poor average EI. But if these fast-talking youngbloods ever hope to make it to managerial level, they must develop their EI.

Having built experience of customer relationships and emotional selling, salespeople who seek greater responsibility must continue their EI education, becoming strong team players and collaborators, and building the soft skills essential to leadership. Those who continue working in sales into their forties and fifties, or at senior management level, show no significant improvement in EI – but they do display a stronger sense of authenticity and less pessimistic attitudes, indicating more consistent, realistic and balanced perspectives.

And then they reach the top, where it all comes crumbling down. 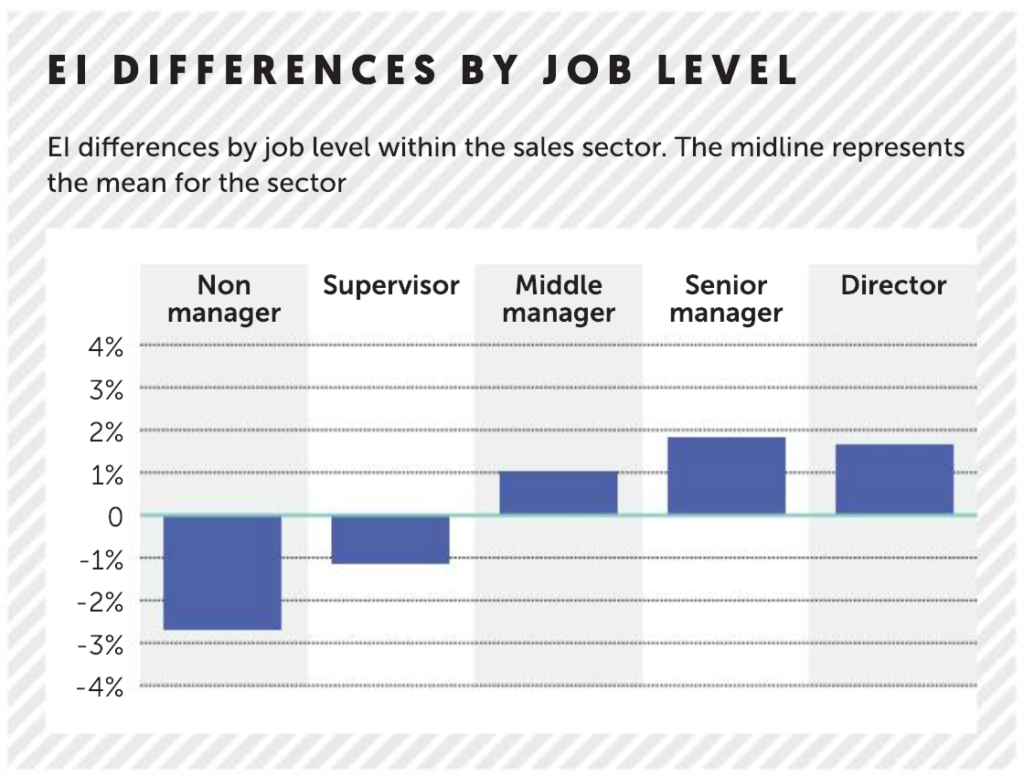 In most other job sectors, research suggests that EI increases consistently with job role seniority (Maddocks, 2010). In contrast, EI in the sales sector tends to plateau, and then slowly erode, at senior manager and director levels. At their peak, sales leaders score higher on many aspects of personal EI, such as self-regard, self-awareness, resilience, goal-directedness, authenticity and a realistic, balanced outlook. But all this good is counteracted by a paucity of interpersonal EI and regard for others, and a tendency towards aggression. Put simply, sales leaders at their peak are tough, demanding and have reduced capacity for the soft skills that won them their thrones in the first place.

Such leaders may simply be resting on their laurels, relying on their established network, putting less effort into building relationships. They might even be relinquishing ‘drive’ in favour of their well-won position of power. The psychology of an ageing or supreme sales leader is something that needs to be investigated further.

But what needs to be recognized right now is the effect of a lower EI in sales leaders: when the head decays, the rest of the fish soon follows.

Sales leaders – as Bradford et al wrote in 2010 – have a significant impact in shaping the emotional tone and motivation of those they lead. They play a pivotal role in nurturing existing talent and helping individuals make the significant EI transition from salesperson to sales manager. In a world where recruiting and motivating salespeople are rated as two of the top three challenges facing sales managers (Krogue, 2015), it is vital that sales leaders assess, understand and improve their EI.

Breaking down barriers and building a relationship with customers – the ability to make the sale and have them coming back for more – requires salespeople to possess and exhibit a special, specific soft skillset. For those leaders who wish to see their people and corporation succeed in the future, EI warrants your attention.

— Ben Laker is professor of behaviour, leadership and organizations at Henley Business School and co-author of the bestselling The Salesperson’s Secret Code. Rita Trehan is an award-winning transformation and human resources expert. An adapted version of this article appeared on the Dialogue Review website.