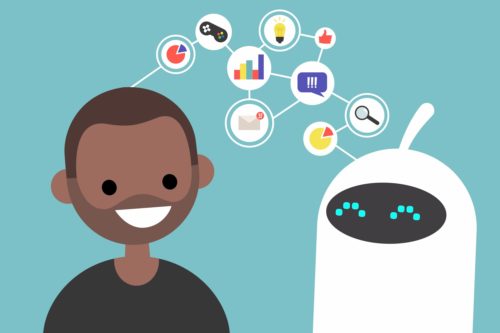 The best artificial intelligence (AI) has a lot in common with the best strategies for managing people and fostering human innovation.

One year ago, a much-anticipated board game match-up changed the face of artificial intelligence when Lee Sedol, the reigning world champion of the Chinese strategy game of Go, faced off against AlphaGo, an AI platform developed by Google’s DeepMind. Over 280 million people watched the livestream of the match from South Korea and witnessed Lee Sedol losing 1 to 4 to AlphaGo. Like the famous chess game between Gary Kasparov and IBM’s Deep Blue ten years before, AlphaGo’s victory was seen as a major milestone in the development of artificial intelligence, especially because Go is understood to be the most challenging game for AI thanks to its massive search space and the complexity of evaluating board positions and moves. In Go, players must use their intuition to evaluate individual moves in the context of the overall position of the board, traditionally a challenge for AI.

Then how did AI achieve this seemingly impossible feat ten years faster than industry sages such as Elon Musk anticipated? The answer is via the exact same method Google – and many other Silicon Valley tech companies – use for managing people.

Here are five rules both Google and AlphaGo use to dramatically improve their capacity for innovation, which all companies can use to successfully compete in this rapidly changing vuca age: 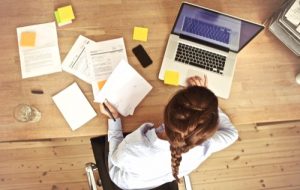 AlphaGo and Google both use self-organizing agents. In AI, the agents learn everything themselves, instead of relying on preprogrammed instructions from chess grandmasters.

Google’s stance on this principle is seen in how it manages people: “Hire the best people and get out of their way.” At Google, managers are encouraged to delegate as much as possible, to the point where they start feeling slightly uncomfortable. It is also evident in its 20%-time policy, where employees spend 20% of their time working on what they think will most benefit Google. 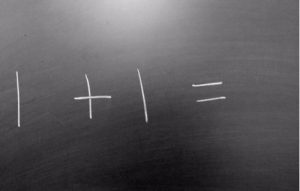 AlphaGo uses two sets of simple rules: (1) policy networks to evaluate positions and reduce the breadth of search and (2) value networks to predict the probability of winning in a given position and reduce the depth of search. Using these rules increases the speed of computation by reducing the input AlphaGo needs to process.

Google, too, uses simple rules as loose guidelines for a diverse population of self-organizing employees. Google’s simple rule to decide when to add a layer under a manager: have a minimum of seven employees. What about office space? Keep it open to maximize interaction. Ethics? “Don’t be evil.” How to allocate corporate funds? Spend 70% on existing products, 20% on emerging products, and 10% on moonshot projects. These simple rules not only provide loose parameters for employees to align their self-organized efforts, but also speed up decision making. 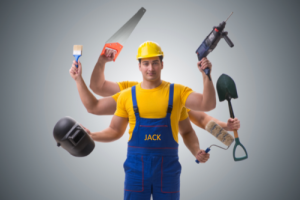 Unlike a narrow AI, which is used for very specific purposes, AlphaGo is an artificial general intelligence (AGI)—a single system that can operate on a wide range of tasks. The problem with narrow AI, such as those used in smart homes, is that it breaks when faced with unexpected situations outside of handcrafted, preprogrammed solutions. General-purpose algorithms like AlphaGo’s, are much more resilient and adaptive.

Similarly, Google prefers generalists over specialists: “Favouring specialization over intelligence is wrong… The world is changing so fast across every industry and endeavour. Hiring a specialist in such a dynamic environment can backfire. A specialist brings an inherent bias to solving problems… A generalist doesn’t have a bias and is free to survey a wide range of solutions and gravitate to the best one.” 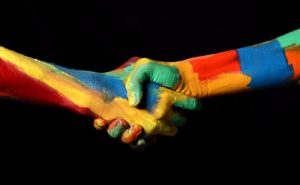 Google’s views on diversity extends beyond compliance. “Homogeneity in an organization breeds failure,” it says. “A multiplicity of viewpoints – aka diversity – is your best defence against myopia. People from different backgrounds see the world differently. These differences of perspective generate insights that can’t be taught.” 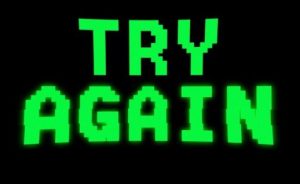 5: Lots of trial and error

AlphaGo learns by many repeated experiments: trial and error. Rather than brute force calculation, it uses reinforced learning: it interacts with the environment and learns in the process. Many losses were necessary in order for AlphaGo to slowly improve its win rate. Failures are a necessary input to radical innovation.

Google runs 20,000 of rapid experiments every year, measures the results, and repeats the process for incremental improvement. The inevitable failures during the process aren’t punished. Eric Schmidt spoke on the failure of Google Wave, a real-time communication platform. “Our policy is we try things,” he says. “We celebrate our failures. This is a company where it is absolutely okay to try something that is very hard, have it not be successful, take the learning and apply it to something new.”

These principles, which helped AlphaGo beat Lee Sedol, are the same principles that help Google – indeed, any organization – create a culture that can serve as a primordial soup to spawn radical innovation. These principles are universally applicable to all organizations because they are based on laws of nature.

Incidentally, these are the same principles that paralyze many traditional companies facing Vuca. Leaders are facing simply too many new diverse and interdependent variables being introduced too fast with too much uncertainty when they need to make effective decisions now. The increasing complexity of today’s business world makes the industrial-era leadership model of command and control obsolete. Just as AI had to be upgraded from the brute-force approach to a speedier and more flexible approach to win a complex game like Go, so leaders must up their game to successfully navigate today’s complex business environment. Even the best AI can’t direct current moves based on the expert knowledge that sees through the end of a Go game from each move. Similarly, even the smartest leader cannot see the final consequence of a decision and delegate. The game has become too complex now. Harnessing complexity that makes it difficult for leaders to make decisions by embracing self-organization, simple rules, a generalist approach, diversity of input and profuse experimentation can greatly improve one’s capacity for radical innovation. Remember that radical innovation that introduces a new product category or reshapes the dynamics of an industry often is an unpredictable – and bountiful – side effect of experimentation.

Bock, L. Work Rules!: Insights from Inside Google that Will Transform how You Live and Lead. Hachette UK, 2015