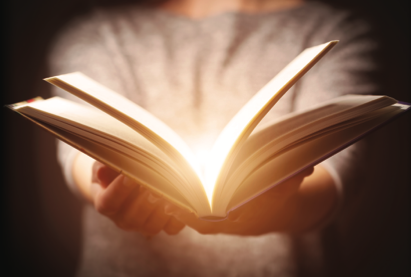 Ben Shenoy explains the use, and misuse, of the story drug.

Both the immediate threat of the coronavirus pandemic and the slower-burning climate crisis reinforce the feeling that we live in confusing, disorienting and frightening times. In their recently published book Radical Uncertainty: Decision-Making for an Unknowable Future, British economists John Kay and Mervyn King argue that, in such challenging times, humans should base their reasoning on narratives and avoid over-relying on mathematical models. Narrative reasoning helps us make sense of what is going on in the world: for us, and for all of our stakeholders, who also crave meaning – be they consumers, employees or investors.

Psychologists Melanie Green and Timothy Brock argue that stories have profound power over us. They shape our beliefs about the world through ‘narrative transport,’ the effect by which we are absorbed into the world of the story through its images and emotions. Stories capture our hearts; and, it turns out, they capture our brains too. When we are engrossed in a narrative, we simulate it in our brains. In Flicker: Your Brain on Movies, psychologist Jeff Zacks describes how mirror neurons in our brains fire when we experience a story. We are swept along because our brains are acting out the story. It is only the prefrontal cortex that inhibits us from physically acting it out – and the fact that we might flinch as the hero takes a punch shows it isn’t always successful.

This level of activity, it transpires, gives stories many of the properties of addictive drugs. A whole cocktail of organic chemicals contrive to get us hooked. To investigate which brain chemicals were involved in different parts of a story, neuroscientist Paul Zak drew blood from participants as they watched a variety of videos. He discovered that when a video got participants’ attention – for example as the suspense grew during a section with rising action levels – they released cortisol. As viewers followed the story’s emotionally charged events through to a satisfactory ending, they released dopamine, which aids learning by rewarding humans with pleasure. Finally, when participants identified with the protagonist, they released oxytocin. Zak’s pioneering research into the role of oxytocin in mediating narrative transport and promoting prosocial, empathic behavior led him to dub it the ‘moral molecule.’ Oxytocin makes people more compassionate, trusting and generous – and more likely to act upon a story’s message.

Evidence of the power of story to drive action can be seen in the proliferation of misinformation on social media, often fanned by well-meaning celebrities and influencers. One striking example of this phenomenon is the entirely false claim that the 5G telecommunications standard caused the coronavirus pandemic, which had led to a number of phone masts being vandalized.

Even when a storyteller’s intent is not malign, stories can be told clumsily. Whilst the power of a story is well understood, its application is frequently misunderstood. One instance of misguided brand storytelling is an Apple ad campaign from a few years ago, which adopted long copy – a format that should be a great vehicle for a story. The first ‘verse’ ran:

This is it.
This is what matters.
The experience of a product.
How it makes someone feel.
When you start by imagining
What that might be like,
You step back.
You think.

Three further verses follow in a similar vein, concluding with the tagline “Designed by Apple in California.” The first problem is that there is no suspense to attract attention, no conflict and no transition to a different state of affairs – in other words, there is no story. Another flaw is that the ad is egocentric and hypocritical; it does not make the customer the hero of the vignette. As copywriter Nick Asbury noted in his critique of the ad: “They start the ad by saying they think about everything from the user’s point of view, then spend the rest talking relentlessly about themselves.” And these apparently glaring errors were made by a company renowned for its marketing prowess.

Contrast Apple’s misstep with the #LikeAGirl campaign from Procter & Gamble’s Always feminine hygiene brand in 2015. They concocted a fake casting call, during which young women and men, as well as boys and girls, were asked to do things ‘like a girl’ – for example, to run or throw like a girl. Women, men and boys acted out an insulting cultural stereotype, behaving in a demeaning and effete manner. However, prepubescent girls reacted completely differently, running and throwing as hard as they could, with confidence, pride and self-belief. The girls’ behavior clearly demonstrated that they had not yet been influenced by the societal norms of womanhood.

The way the casting call was depicted contained all the elements of story: suspense (what does ‘Like a Girl’ mean?), movement (from stereotypical behaviors to refreshing reactions), an enemy (gender stereotypes) and engaging heroes (the young girls themselves – not the brand). The campaign was a huge success.

The #LikeAGirl campaign demonstrates the power of stories to shift our beliefs and behaviors, transforming an insult into a confidence movement. As Rabih Alameddine notes in The Hakawati (Arabic for ‘storyteller’), stories of events impinge upon us more strongly than the events themselves. As he puts it:

“What happens is of little significance compared with the stories we tell ourselves about what happens. Events matter little, only stories of events affect us.” It is incumbent upon the storyteller to administer the story drug effectively, and for good.

— Ben Shenoy is visiting professor of psychological and behavioral science at the London School of Economics. He tweets at @PsySleuth.