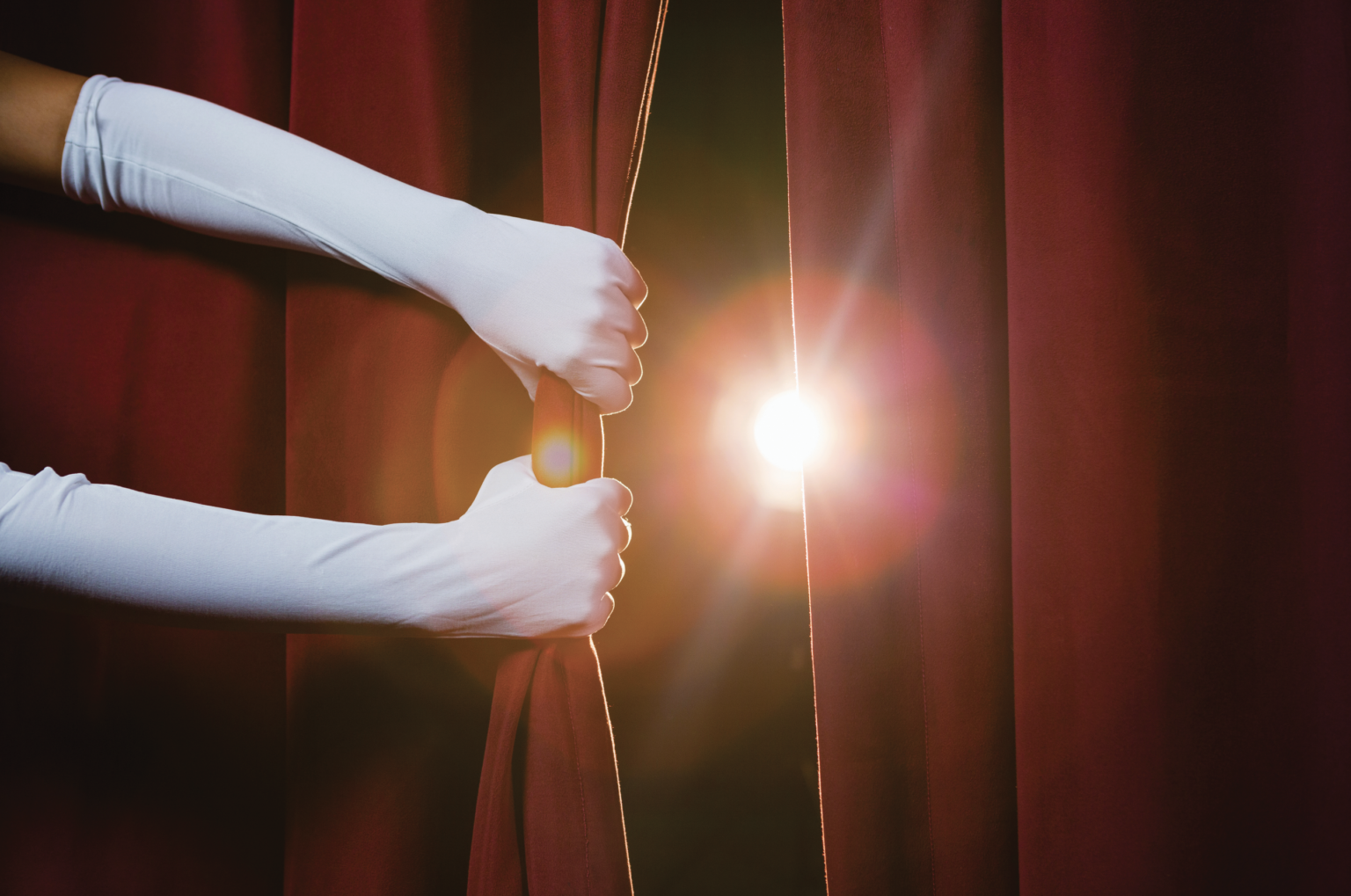 Innovation isn’t about putting on a good show. Leaders need to refocus on the ultimate goal of creating value.

Lately, a few thinkers and practitioners have lamented that ‘innovation’ has become a buzzword, stripped of all meaning. It’s used so often that people are now unsure exactly what it refers to. And no wonder. Part of the reason for this confusion is the sheer number of activities that are referred to as innovation – from pizza nights to hackathons, technology scouting, idea competitions, design sprints, corporate-start-up collaborations and full-blown accelerator programmes.

Spend any time working with such initiatives and what you start to notice is that a lot of what is referred to as innovation is actually ‘innovation theatre’ (a term coined by Steve Blank in a 2019 Harvard Business Review piece). Yet it remains the case that many of the innovation practices espoused in lean start-up and design thinking can create real value when they are applied properly. As corporate leaders have become more and more interested in building innovation capabilities in their organizations, they now face the challenge of differentiating between value-creating innovation activities and innovation theatre. How can leaders distinguish the real innovators from the thespians?

In order to make the distinction clear, we have to go back to basics and ask a more fundamental question: what is the role of innovative ideas within a company? The goal is to create value; either through optimizing the current business or by creating new revenue streams and profits. This singular goal of creating value is what all innovation efforts inside a company should be pointed towards.

Such clarity of purpose gives leaders the ability to ask more pointed questions of innovation teams. It makes clear why just having breakthrough ideas and technologies is not enough. Successful innovation requires that companies take their breakthrough ideas and transform them into value propositions that resonate with customers, and business models that are profitable and scalable.

Now that we have the clear definition of innovation as value creation, we can define innovation theatre as activities that look like innovation but ultimately create no value for companies and society. Rita McGrath describes innovation theatre as an excessive focus on ideation, without the requisite focus on transforming those ideas into value-creating products and services. As such, the pointed questions that leaders should ask concern the extent to which their team’s activities truly point towards value creation.

For example, innovation teams are also often obsessed with exploring breakthrough technologies. However, developing a breakthrough technology is not the same as creating a great value proposition. The Nintendo Wii is a good example. Rather than compete with Sony’s PlayStation and Microsoft’s Xbox on having the most powerful gaming console, Nintendo decided to focus on its core mission of play over power. With the release of the Wii in 2006, Nintendo offered a simplified gaming console targeted at casual gamers. The company regained a significant share of the market by moving from high-tech to low-tech gaming consoles but providing a great value proposition for customers.

Now that we know what we are looking to accomplish with innovation, the next question becomes how innovation teams should be working to accomplish that goal – and how leaders can evaluate whether their innovation programmes are creating value. There are two ways for leaders to help their organizations avoid innovation theatre. They have to create a context in which teams can get beyond ideation to start testing ideas – and, later on, they need to help successful teams get beyond testing to start scaling their ideas.

In many companies that I have worked with, there is an excessive focus on ideation. I remember once listening to a leader tell his team to bring him ten times the current level of ideas. Some companies host idea competitions and hackathons as a way to generate ideas. There is nothing fundamentally wrong with this: they only become innovation theatre when leaders and teams fail to go beyond ideation. I have been in organizations where these events are held without a sense of how the winning ideas will be funded and supported afterwards.

To go beyond ideation, leaders need to focus on three things:

Leaders need to provide clear strategic guidance about what innovation teams should be working on. Believe it or not, there is such a thing as a bad idea. Bad ideas are those ideas that are not aligned to the strategic goals of the company. In my experience, when teams work on whatever they find interesting, they are far less likely to find leaders supportive when they are ready to scale their ideas. Clear strategic guidance is essential for teams to use as a basis for idea generation.

Once teams have ideas they want to work on, the last thing they should be doing is creating a roadmap for implementation. Instead, they need to identify their riskiest assumptions and begin testing what it would take for their idea to succeed in the real world. Leaders can support this process by designing programmes that give teams the time, resources and training to test ideas. For example, Bayer’s Catalyst Fund provided innovation teams with seed funding and time to test their ideas.

The point of having teams test their ideas is not simply to have them running experiments. The aim is to ensure that the teams can move from idea to profitable business model – and in order to do this, you need a framework that allows leaders to track where teams are in terms of progress towards finding a business model that works.

A few years ago I was part of a team that created an award-winning innovation framework for the global education company Pearson. The framework was called the Lean Product Lifecycle. Its first three stages were called Idea, Explore, and Validate. These early stages focused on searching for a profitable business model with the ultimate goal of achieving product-market fit. The last three stages were Grow, Sustain and Retire. These stages focused on executing a known business model and exploiting it with efficiency, until the point at which the product would be ready to be taken off the market.

What the Lean Product Lifecycle did was give leaders a sense of where teams were on their innovation journey. There were clear criteria as to when a team could move from one stage to another. For example, a team could only move from Explore to Validate if they had produced clear evidence of a customer need while they were testing their idea. Such a practical framework makes the ultimate destination clear to each team: ultimately, to get to the stage where they can launch and scale their product or service in the market.

Some organizations have succeeded in moving beyond ideation and have created innovation labs and accelerators. In these spaces and programmes, teams are provided resources and time to test their ideas. So it might be surprising to learn that I think that even with testing in place, some innovation labs and accelerator programmes are just a different kind of innovation theatre. This is because they often don’t think beyond testing. They don’t have a plan or process for what to do with ideas that are proven to have potential.

As noted, innovation teams don’t test ideas for testing’s sake. They run experiments so they can find scalable business models, with a focus on the ultimate point of getting to launch and scale in the market. In 2017, I was working with a global fast-moving consumer goods company which had invested in more than 150 teams all over the world, through a three-month incubation programme. As part of this programme, teams got time and resources to test their business ideas.

I was initially impressed by this incubation programme – until I asked what happened to the teams after the programme. What I learned was that the teams returned to their businesses and day jobs. There was no ongoing support or follow-up on the ideas. It was left to the teams to make their own ideas successful. This was a surprise, because the point of an innovation incubator is not to be able to say your company has one: the goal is to find ideas with potential and help them scale.

In order to go beyond testing, leaders need to focus on three things:

1 Stop the isolation of innovation teams

Leaders need to ensure that innovation is not relegated to the ghettos of the company – even if the ghetto has a cool name like ‘lab,’ ‘accelerator’ or ‘incubator.’ It is important that innovation teams are connected in some way to the parent company. This becomes even more critical when teams need resources and support to scale their ideas.

Ensure that other parts of the organization are engaged in helping innovation teams scale – functions such as sales, marketing, legal, compliance and finance. Very few innovation teams can launch and scale their ideas on their own. When they need help from other functions, it is much easier to obtain when company leaders are giving clear support and encouragement for cross-functional collaboration.

Ensure that teams which complete the initial testing phases have access to further funding to scale their ideas. Within Bayer’s Catalyst Fund, funding did not stop after the first three months of the programme. Follow-on funding was available for those teams that were showing traction; so too was follow-on support, to ensure that teams could succeed during the second phase of testing.

For very good reasons, corporate leaders have become more and more interested in innovation. Intrapreneurs today have great opportunities to change the companies we work for. However, we need to ensure that our innovation activities produce tangible results.

We need to ensure that we are engaged in authentic innovation practices that create value for our companies. Leaders can support this process by ensuring that they provide an environment where innovation teams have the time and resources to test and scale their ideas.

The show’s over. It’s time to close the curtains on innovation theatre.

Tendayi Viki is associate partner at Strategyzer and author of Pirates in the Navy: How Innovators Drive Transformation.