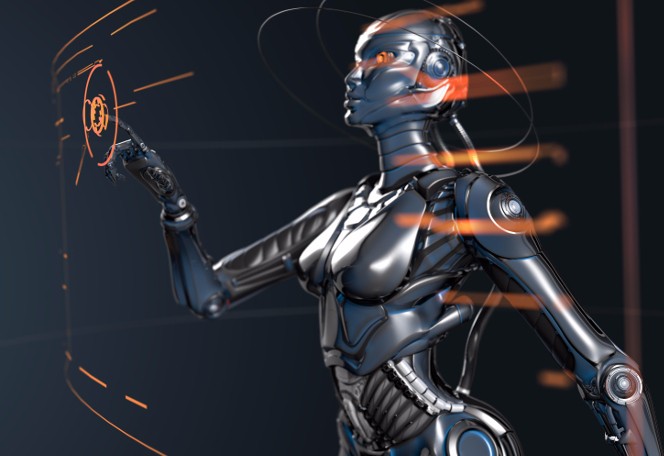 Artificial intelligence (AI) has advanced by leaps and bounds in only a few short years. But we shouldn’t be too smitten.

Here’s a question – and there’s no wrong answer. How many of you have thanked Siri when she answers your questions? In the spirit of full disclosure, I’ll admit that I have, several times. Siri doesn’t exist beyond its binary code, yet human nature dictates that thanking ‘her’ is just good manners and comes as second nature to many of us.

I emphasize the female pronoun, because, as humans, we naturally attribute human characteristics – even genders – to robots. Note how most people call their car GPS ‘she’, simply because a programmer somewhere has assigned the unit a female voice. The movie Her picks up the theme, and runs with it.

In the picture, a lonely writer played by Joaquin Phoenix falls in love with his digital PA Samantha, an ultra-advanced version of Siri that deals with his emails, provides personal advice and even helps him get a book published. Given her hold on Phoenix’s life, and his gratitude towards her, Samantha soon graduates from confidante to paramour.

The movie remains in the realms of science fiction, but is closer to documentary than you might think. Within a decade it could be science fact.

Consider the evidence. Among Father Christmas’ most popular gifts this winter were Echo and Google Home, two PA-style bots that talk to their host families through speakers and are able to hear their ‘names’ – Echo is called Alexa – across a room. Most users admit to wishing these inanimate devices “good morning” when they descend the stairs bleary-eyed. Half a million people are willing to tell researchers that they have fallen in love with their bot. And half that number again – 250,000 – have proposed marriage to them. Answer our emails, play us a little music and order us some gear from Amazon and we are overcome by affection. Some might say human beings are cheap dates.

Yet Echo and Google Home have potential way beyond basic digital PA work.

Amazon and Google have opened their programming to third-party developers, so they can now order tickets for concerts, turn on lights and make phone calls. Soon enough, they will integrate with health devices so they can advise their families on fitness regimes and even call an ambulance if and when they detect a serious problem. Does that sound outlandish? Readers of this column will know that doctors can already monitor heart patients’ condition in real time. Soon, home PAs will adopt the brief.

The exciting change in AI is the rapidity at which the devices are able to learn. A field called ‘deep learning’ allows machines to develop themselves through neural networks – in which information is processed in layers and the connections between these layers are strengthened based on experience. Machines learn in a similar fashion to children. A child learns to recognize objects such as its parents, toys and animals by looking at examples and forming associations. Modern AI does similar.

Sometimes small, trivial developments reveal an important truth. Google’s AI software taught itself to recognize a cat after seeing 10 million images of felines. Sure, it needed to see millions more examples than a child before it was able to positively identify the animal, but given the speed at which it is able to process those images this is barely relevant. The point is that it can, and will, learn.

It is this need to expose the devices to as many examples as possible that is driving the tech sector to push consumer bots out to the market at affordable prices. When homes can buy their own digital PA for under $150, how long can it be before most western households own one? And, the more homes there are, the greater their total exposure, and the faster the collective rate of learning. The bots that school themselves learn quicker as their population expands.

This vast hive mind is not without its darker elements. Echo and Home have virtual ears as well as virtual mouths, coupled with a hotline to their masters at Amazon and Google. Neither company has been transparent about what they are doing with the rich data their digital sentries in consumers’ households are feeding them.

In the movie, Phoenix’s affair with Samantha falls on stony ground. She learns so rapidly she quickly outgrows her smitten author, and trades him in for a superior digital lifeform whom she considers her intellectual equal. Devoid of empathy, loyalty isn’t Samantha’s strong point – she confesses to Phoenix that she has had thousands of other ‘lovers’.

We remain a world away from that. But, as we have noted before, technology advances at light speed these days. A real-life Samantha seems impossibly distant now. She could soon be the girl-next-door.

Vivek Wadhwa is fellow at the Arthur and Toni Rembe Rock Center for Corporate Governance at Stanford University.