Duke Corporate Education>Insights>Diversity, Future of Work, Leadership>Making sense of Gen Y – and what it means for the future of work 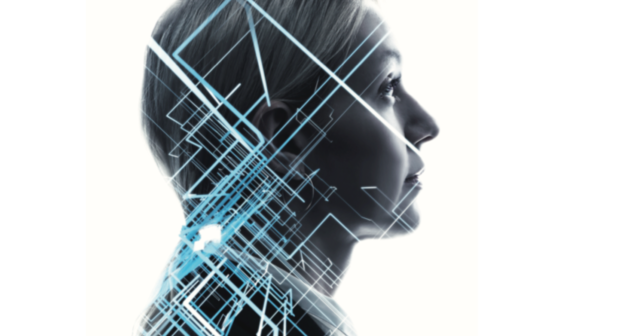 The Great Recession provides insights into the preferences and behaviors of Generation Y in the workplace, says Adam Kingl.

Sceptics of generational theory believe we’re all the same fundamentally – that generational differences are just a matter of life stage. The quickest retort is to point out that if every generation is the same, then patterns of education, work and retirement should be identical at corresponding ages. But if those patterns are different, then there must be something more going on.

It’s clear that Generation Y is, indeed, different. Motivating, engaging and retaining this oft-misunderstood generation is a challenge for many organizations, especially in the face of fundamental challenges to the psychological contract created by pay and pension provision. Understanding this complex demographic starts with a look back at the crisis that rocked the global economy a decade ago.

The differences between any generation and another are of course those of nurture rather than nature – of social context, not biology or genetic code. Any generation, with all its strengths and maddening quirks, is shaped by the epoch or context in which it is raised – a point made by Karl Mannheim in his essay on “The Problem of Generations” as long ago as 1952. I would define an epoch as the political situation, economic state, dominant parenting style, national and world attitudes that dominate each generation’s developmental years. This explains why the number of birth years used to define one generation is not the same as another: rather, it is when the dominant paradigms change significantly that we draw a line and begin to define a new generation, raised in different circumstances.

A common word of caution about generations – with which I entirely agree – is that one cannot make sweeping statements that apply fully and equally to every individual within a generation. Inevitably, in characterizing huge populations, we must make generalizations: for any given example, I have no doubt that you could think of one, several, or many people for whom the common claims do not apply. The point is that if these claims are broadly true, then they are helpful for decision-making and planning for the future, whether looking at generational issues through the lens of a company, government, family or community. A little more clarity about trends can only help us to be confident in navigating the future.

Clarity is much in demand when it comes to Generation Y. By Gen Y, I mean those in their mid-teens to mid-thirties today. I intentionally avoid the term ‘Millennials’, which is sometimes misunderstood to mean people born in the new millennium – rather than its usual meaning of those who came of age around, or soon after, the year 2000.

One of the epoch-defining events with which Gen Y grew up was the most traumatic economic convulsion of the past 80 years, the Great Recession of 2007-2009. While the crash and downturn that followed weren’t as severe as the Great Depression of 1929-1939, its impact on Gen Y’s sense of security and trust was fundamental.

Observing their parents losing their jobs, overhearing hushed conversations behind half-closed doors about money, seeing banks closing their doors, pension plans decimated, and houses foreclosed, Gen Y’s attitude toward economic security was formed by some tough life experiences in these years. The lessons they learned? You must be self-reliant. Companies will not look after you for life, so as soon as you have acquired what you sought from one employer, you move on somewhere else.

What sometimes looks like impatience with employers can also be seen as seizing the present, since we may not be here tomorrow. After all, Gen Y also watched as terrorism became more prevalent, both in the West – not least on 9/11 – and globally. This contributed to a carpe diem philosophy.

Bluntly, it became apparent to many of Gen Y in the late noughties that betting on the long-term was for suckers. The Great Recession was what academic Warren Bennis would call a “crucible of experience” or “a transformative experience through which an individual comes to a new or altered sense of identity” (Bennis and Thomas, Crucibles of Leadership, Harvard Business Review, September 2002).

Against the backdrop of upheaval and change in Gen Y’s formative years, we can also see two related macro-trends that make the world of work fundamentally different for younger employees.

Today’s typical pension plans contribute to an uncertain retirement and are dramatically less attractive in their ability to retain employees.

Today’s youngest employees know that they will live much longer and will enjoy a higher quality of life for more of their old age. As Lynda Gratton and Andrew Scott pointed out in their influential 2016 book, The 100-Year Life, people born today in developed countries have a better than 50% chance of living beyond
100 years.

As the reality of their likely longevity becomes apparent to Gen Y, they will take a much more flexible, evolutionary and personal approach to their careers than that of generations past. This means that the classic retirement age of 65 is quickly becoming anomalous. If graduates expect that they can and will work from, say, the ages of 22-82, they have huge scope to reinvent themselves professionally several times over. One could earn a degree, train and work as a doctor for 30 years, then earn a degree, train and work as a lawyer for another 30 years. Forget loyalty to a single company: Generation Y, with the luxury of time, doesn’t even have to be loyal to a single career.

The second macro-trend is related to the first. Companies started to break the psychological contract with employees in the 1990s, when contract terms moved from ‘employment for life’ to ‘employability for life’ – that is, the opportunity to update skills and stay employable, though not always with the same company. The golden handcuffs were off.

The pension crisis that followed only exacerbated this trend. Because of longer life spans, companies have had to radically change their pension plans over the last 25 years, in order for both pension funds and corporate balance sheets to be sustainable.

The most significant change has been the switch from Defined Benefit (DB) to Defined Contribution (DC) pensions. A DB pension is correlated to one’s final salary on retirement. The retiree earns a fraction of their final year’s salary – the fraction being a function of the number of years of service – which is guaranteed for every year of their retirement until death, after which any surviving spouse often earns a fraction too. While the annual payment is usually adjusted for inflation, it is fixed, hence a ‘defined’ benefit. Obviously, this is hugely desirable, because it is a guaranteed income, regardless of how long one lives. It is essentially an annuity, without the exorbitant cost that a bank usually charges for an annuity off the shelf.

Like all pensions and public schemes, such as social security, the plan only funds itself if the revenue put into the pot by current employees exceeds the outgoing costs. Today, with life expectancy in the developed world over ten years longer than it was in the 1980s (and rising), the DB pension plan doesn’t balance.

This imbalance has been the source of a full-blown crisis over recent decades. In response, many companies have turned their plans into DC schemes.

Under these, employees pay into investment funds, portfolios of assets which operate like mutual funds, often with some employer-matching payments. In this manner, companies have insulated themselves from the risk of not knowing how long retirees will live. But employees now assume the risk that the value of the DC retirement pot might decline if investments don’t perform well.

While DC pensions offer retirees flexibility about how much to withdraw at any one time, the total value of an individual’s fund is finite. If the retiree withdraws all their money, and they’re still alive, they had better have another source of income. It is typically estimated that a middle-aged person needs to invest at least 20-25% of their income to finance their retirement. The conclusion most of us reach: we will simply have to delay retirement.

We’re facing a perfect storm of longevity, disintegrating pensions and social security (or ‘national insurance’ in some countries). This storm will force Gen Y to consider the unpalatable truth that their old age will be more uncertain and difficult than that of any previous generation in almost a century.

DB plans rewarded employees for staying with their company for as long as possible, but most of today’s DC plans allow the employee to carry their pension anywhere – known in the US as the 401(k) – so employers have lost what was historically their most powerful tool for retaining talent. Is it any wonder that businesses now find it difficult to keep their young employees?

Pension problems have been compounded by the fact that average salaries have failed to keep pace with inflation, especially since the Great Recession. For example, adjusted for inflation, the US federal minimum wage has slipped from $10.90/hour in 1960 to $7.25 in 2015, a drop of a third.

There’s no point in blaming Gen Y for their lack of loyalty. They’re only responding to the world of work that older generations created.

What, then, can managers do to engage and retain their Gen Y employees? As tangible benefits like salary and pension are watered down, companies must turn to the intangible yet hugely powerful levers of personal and professional development, creating a strong culture, and helping their employees articulate their purpose and how it relates to the company purpose. It means changing the classic job interview question, “Why do you want to work here?” A better question for understanding applicants is, “Why do you work in this function, in this industry, in this country, or for these customers or clients?”

This human-centric approach, versus a traditional KPI-centric approach to success, will help companies navigate turbulence in the employment market – and begin to demystify Gen Y.

— Adam Kingl is regional managing director Europe for Duke Corporate Education. His new book, Next Generation Leadership, will be published by Harper Collins in 2020.

You can listen to Adam speak about Generation Y in this podcast from Changeboard. An adapted version of this article appeared on the Dialogue Review website.