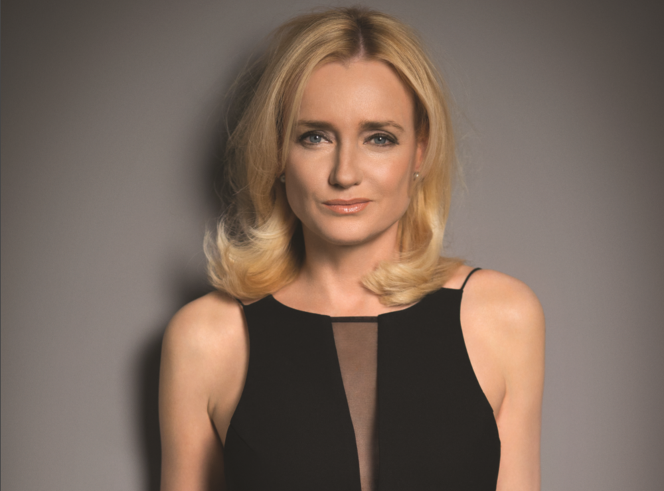 Julie Meyer knows that entrepreneurs can listen and respond to the market in ways that corporations can’t. So she’s fostering the next generation of entrepreneurs in an unlikely location: Malta.

While a bitterly cold easterly wind blows throw our mutual home city of London, I finally track Julie Meyer down to the tiny island nation of Malta in the southern Mediterranean Sea. It’s early February when we speak and I’d assumed she’d be in the Alps. “Oh no! I’m originally from California, I don’t like to be cold,” she says. “Here, I can go out without any nylons on. It was 20 degrees (C) yesterday. I’ll do anything for this kind of weather.”

But there’s more to Meyer’s Maltese sojourn than a fondness for winter sun. She’s doing business there. Lots of business. “I’m trying to solve the problem of how big money connects to small startups,” Meyer, the chairman and chief executive of Ariadne Capital, tells Dialogue. “The big money like the Sovereign Wealth Fund of Norway or pension funds based in Manchester. People who have £150 million to £250 million and want a return on technology venture capital. And I’m excited to do that out of Malta because I like to find and discover places before other people do.”

So why Malta? “This little country, it’s very strategic,” says Meyer. “There’s no crime, no terrorism, no refugee crisis. There’s no unemployment. It’s got a lot of stuff going for it. It’s in the EU. It’s totally English speaking. It’s very digital. The largest its population will ever be is 800,000 – but you’ve got the ability to codify and create frameworks and format IP, such that you can run remote businesses from Malta. The Maltese are strong in gaming, they are strong in financial services, they are strong in lots of industries, but that doesn’t mean that they have all those people here, it means they have an infrastructure which powers the platform, which drives the global industry.”

Ideas, groundbreaking products, new places: Meyer is quite the pioneer. She is the ultra-successful early-stages backer and facilitator of milestone internet businesses: Skype – “look at the net benefit, the happiness, it has brought grandmothers and granddaughters who can connect for free”– peer-to-peer loans broker Zopa and online travel agent Lastminute.com.

Malta might be close to her heart as a hub for global business development but, in general, she is sceptical of the way national governments handle entrepreneurs. “When people say location doesn’t matter they don’t add any substance to that statement,” she says. “Just because you can pick up a smartphone anywhere in the world, can you really set up a business that goes global anywhere in the world? No, you cannot. But if Malta can do it, then maybe Madagascar can. And if Madagascar can, maybe some other poorer parts of the world can. Places where people can play into the opportunity… then they can say, ‘My God, I was born poor in Namibia, but it doesn’t matter, because I know I’m smart – and here are the tools that are available.’”

As it is, she suggests that most governments fail to provide those tools. “I think it’s a token gesture,” she says. “There is a whole lot of money spent but governments believe countries are there for all of their constituents and there has to be a sort of even-steven. I understand that. And I also believe that most people in government are good – I don’t make Blackshirts out of people just for the heck of it. But I do think there needs to be an implicit prioritization of entrepreneurs even if there isn’t an explicit one. I start from the premise that we are here to create wealth for all, and that’s a good thing, and that all of society benefits from that.”

Corporations, she says, are there primarily to handle transaction costs. Those who make the wealth are, by and large, individuals who make huge sacrifices. “The active agents that enable large enterprises to reach the future, to help them become digital platforms and to become futureproof, are the digital enablers – the tech startups,” she says. “The role of entrepreneurs – those who choose to live abnormal lives, who choose to spend 100 hours a week working, those are the people who drive the tech startups… People say the difference between being an entrepreneur and not being one is about 3-1. It’s not. It’s probably 3,000-1. The volume of things you have to stay on top of. The level of stress and pressure, the challenges. Forget it. That’s not 3-1.”

Meyer is evangelical about the role entrepreneurs are playing in wealth creation and society – she highlights a Nesta report that found that just 6% of all businesses created more than half the new jobs in the UK between 2002 and 2008 – but her vision is that nations should be built around entrepreneurs, not exclusively for them. She speaks of a “troika” of wealth creation: the Davids – the tech entrepreneurs; the Goliaths – the large corporations who benefit from their services; and the consumers – who provide the market, frame their needs and, thus, stimulate idea creation. “The problem lots of the Goliaths have is that they think there is no C in their B2B,” she says. She uses the example of Surf Air, the California-based airline aimed at globetrotters that offers unlimited private flights for a €2,000 monthly fee, and the aeroplane engine manufacturer Rolls Royce. She recalls speaking to an executive at Rolls Royce who had never heard of Surf Air. “He didn’t know who they were, and that’s my point,” she says. “Surf Air are aimed at people like me. They are creating private jets that need engines and are going after BA Gold Card users. At what point does the business technology sector explode, thus creating a market for engines that Rolls Royce needs to know about? And don’t they want to know about it sooner? The point is that entrepreneurs listen to consumers and large companies just don’t.”

Maybe in Meyer’s promised land they will. She’s created Entrepreneur Country Global – a supranational ‘nation’ built around business pioneers where all points of her troika are aligned; where individuals are given the tools and the space to turn their ideas into wealth. It turns on its head the new US model of creating wealth by protecting people from competition: “Donald Trump asks, ‘What is good for America?’ But what he’s missing is that what is good is less about keeping people out – and more about enabling them.”

Only certain types of individuals look beyond the bounds of their own industries to see those opportunities, she says. “Some people look at things that are bigger than themselves,” says Meyer. “Heads of corporations don’t ask how industries should work. Entrepreneurs do. I’m not saying that Travis [Kalanick] when he set up Uber actually said, ‘How should the taxi industry work?’, but he did think there was probably a benefit to stacking payment technology with location services and so on.”

For her own part, Meyer mirrors that thinking. When I ask what she counts as her biggest achievements she chooses her world view rather than one of her myriad successes. “I’ve chosen – consistently and systematically – to optimize for something bigger than myself,” she says. “I’ve done that through Ariadne and through society – I actually ask how society should work, which is why I created a country called EntrepreneurCountry. I don’t believe in the ghetto of dependence. What good leaders do is create models of interdependence, where whenever there is an investment opportunity we have to work together and align forces so we can come out the other side and reap the rewards. If we can hang together through that we create a figure-eight model of investment and return on investment – and that is all about optimizing for something that is greater than the self.”

Meyer’s focus on what could be called ‘collaborative individualism’ plays into her view that this is the era of what she terms ‘feminine leadership’ – leaders as facilitators rather than masters. “It’s not just women who have it, some men have very high female intelligence – emotional intelligence,” she says. “But power is moving that way – towards empowerment to, rather than power over. Things are shifting. Leadership is changing towards people who can build trust and distribute power, grassroots, bottom-up. When I wrote ‘the future is feminine’ in my book Welcome to Entrepreneur Country I classed all the positive leadership characteristics as feminine – which I thought was quite funny!”

Nevertheless, as she looks to the island around her, she implies that culture still trumps gender. “I think American women have got more in common with American men than American women have with Maltese women – because most Maltese women have three children by age 25,” she says. “I’m not making fun of that… just because I probably won’t have children, doesn’t mean I’m not maternal. I’m just maternal to older people, not babies. My maternal instinct comes out by managing my employees, being godmother and engaging with my entrepreneurs.”

And with Malta now becoming a home-from-home for her business life, this tiny Mediterranean island might be the place where Julie Marie Meyer – entrepreneur, thinker, godmother – nurtures the next big idea from infancy to maturity.