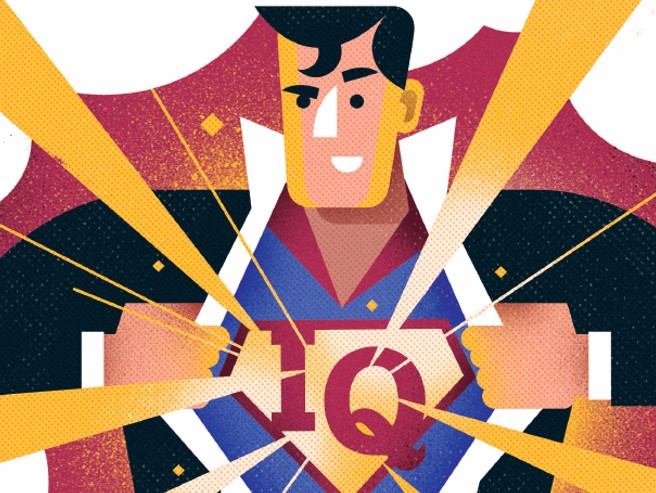 Super-smart leaders often waste time trying to prove how intelligent they are when they should instead be focusing on empowering those around them.

Intelligence is, without a doubt, a crucial asset for any successful leader. However, while we often value the blessings that accompany a high IQ, we seldom think of the challenges that come with extreme intelligence. Yet there are many. In my role as an executive coach, I have had the opportunity to work with more than 150 major chief executives. As a group, they would score well above the norm on any standard definition of intellectual intelligence (I am not referring to ‘emotional intelligence’, ‘artistic intelligence’ or other forms of intelligence). Although, like any group, chief executives may do stupid things, they are seldom stupid people.

1. Proving how smart we are

For ten years, I had the privilege of being on the board of the Peter F. Drucker Foundation. This gave me the opportunity to spend more than 50 days with the man who is – to my mind – the greatest management thinker who has ever lived. I would definitely put Drucker in the ‘super-smart’ as well as ‘super-wise’ category. Compared to him, I would consider my intelligence and wisdom to be that of a child.

One of the lessons taught to me by Drucker was: “Our mission in life is to make a positive difference – not to prove how smart we are.” It is amazing how many leaders fail to grasp this basic lesson.

One of the ‘super-smart’ leaders who I coached gained two simultaneous doctorates from one of the most challenging schools in the world, one in science and one in the humanities – with honours – within five years. When the brains were handed out, he was not lurking near the back of the line!

The first time I interviewed him, I took copious notes. After an hour I said: “Dr Smith, let me read back to you how often you have told me how smart you really are. I don’t think I am as smart as you are, but I am not stupid. I read your bio. Did you think you really needed to point out your brilliance to me six times in the past hour?”

As I read back his verbatim comments, he was so embarrassed. “What an ass!” he said of himself. I replied: “You are not an ass. You are a very good person. You just have an incredibly high need to prove how smart you are. Perhaps, in future, you could cut back on this a little?”

How deep must be a person’s drive to prove they are smart for them to gain two simultaneous doctorates from one of the top schools in the world? Very deep. Does this ‘prove I am smart’ need disappear when they gain the qualifications? Not really. They don’t have enough degrees in the world!

I have asked thousands of leaders to answer this question:

What percentage of all interpersonal communications time is spent on:

A. People talking about how smart, special or wonderful they are – or listening to others do this?

B. People talking about how stupid, bad or inept other people are – or listening to others do this?

The answers are amazingly consistent around the world – approximately 65%.

So how much interpersonal communication time is wasted on this? About 65%.

Smart people are generally considered smart because they have proven how smart they are in their journey through life – over and over again. They have been given lots of positive recognition for being ‘smart’.

Any human – or any animal – will tend to replicate behaviour that is followed by positive reinforcement. The more we repeat the “I am smart – I get recognition” cycle, the harder it can be to remember the excellent advice from Peter Drucker:

“Our mission in life is to make a positive difference – not to prove how smart we are.”

2. Proving how right we are

One night, I had dinner with a top, four star general from the US Army. We were surrounded by other two- to four-star generals. Each of these men and women had graduate degrees and were chosen to be two- to four star generals over thousands of competitors. He asked me an interesting question: “Marshall, who is your favourite customer?”

I replied: “Sir, my favourite customer is smart, dedicated, driven to achieve, has incredible integrity, gets results – and is a stubborn, opinionated know-it-all who never wants to admit he or she is wrong.”

I looked around the room and asked: “Do you think any of the generals in this very room may fit such a description?”

He laughed and replied: “We have a target-rich opportunity!”

It is incredibly difficult for super-smart people to hear something with which they disagree, without proving that the other person is wrong. After all, if others disagree with us, we assume, because we are so smart, they must be wrong. They may not be stupid people, they are just confused on this particular issue. The higher up we move in leadership, the more destructive this habit may become.

One of the ‘super-smart’ scientists I worked with, Dr Jones, led the research and development function for a large corporation.

He was so smart, he knew more about the other scientists’ fields than they did! The good news was that he was very honest. The bad news was that he could be incredibly blunt. When people ‘took him on’ he almost always proved they were wrong and he made them feel embarrassed.

You might guess what happened. He was always right, until the day he was wrong. He mistakenly supported one disastrous decision that ended up reducing the market capitalization of the company by more than $10bn!

After this disaster, several of the scientists who worked for him were interviewed. They all said they had had doubts about the project, but they never raised them. Why? Since Dr Jones was convinced that this was the right thing to do, they assumed he must be correct. Even though they had doubts, they didn’t want to take him on and risk being humiliated.

One of the telltale comments that I often receive in 360° feedback from direct reports is: “He doesn’t bear fools gladly!”

Any leader who takes this feedback as a badge of  honour is making a mistake. Unless the chief executive is managing a group of ‘fools’ – a situation I have never encountered – the real message behind this feedback is: “This leader always has to prove he or she is right and treats people who disagree with him or her as fools.”

3. I already know that

It is incredibly difficult for smart people to listen to someone tell them something they know without pointing out: “I already know that.”

Imagine you are my boss. I am young, dedicated and enthusiastic. I come to you with an idea. You think it is a great idea.

What is probably the most common phrase uttered by smart people when others say something that we agree with? “No, I agree with you.”

Sometimes we say: “No, I think that is fantastic!”

In future, listen to other people respond to ideas they agree with. You will be amazed how many times the first word out of the person’s mouth is “no”.

Grammatically, this makes no sense. If we agree with someone, why don’t we say: “Yes, I agree with you!”

The “no” means: “Of course I agree with you. I already knew that. You are confusing me with someone who needs to hear you right now.” It’s subconscious, of course. Inside the mind, the super-smart leader probably thinks that he or she is doing the right thing – giving praise for an idea. But the “no” sounds negative and takes away the praise, just leaving the sense that there is no idea in the world that the leader didn’t have first.

Joe, one of the ‘super-smart’ leaders I have coached, graduated as the valedictorian of an Ivy League school. His parents were very poor and he had to work his way through both high school and college. Graduating as the top student at a top school when you are given no advantages as a child is an amazing achievement. Joe was both brilliant and incredibly hardworking.

Joe faced a classic challenge common to the ‘super-smart’. He could not understand why other people failed to see solutions that seemed obvious to him. I watched as he led his team meeting. Each of his direct reports was instructed to share an update on their progress against each of their key objectives. One person was clearly having problems meeting goals. Joe said: “Have you thought of trying X?” The direct report replied: “No, I never thought of that.”

Joe became very frustrated: “Can’t you see how X would help you solve your problem? It seems obvious to me!”

Joe then looked around the table and said, “Didn’t any of you think of X?” When it was clear that no-one had, he grunted: “I cannot believe that I am the only person in the room that figured this out! What were all of you thinking about?”

‘Super-smart’ people can often make connections and see patterns that are not obvious to normal people – or even ‘smart’ people. It can be challenging for any of us to accept that what may seem obvious to us may be a complete mystery to the people around us. In many cases, the smarter we are, the more difficult this may be to understand.

Great leaders help others to succeed

There can be a huge difference between intelligence and wisdom. While smart leaders may spend their time proving how clever they are, wise leaders spend their time helping other people be the heroes.

Dr Marshall Goldsmith is a world authority in helping successful leaders achieve positive, lasting change in behaviour: for themselves, their people and their teams. He is the million-selling author or editor of 31 books, including the New York Times and Wall Street Journal bestsellers, Mojo and What Got You Here Won’t Get You There.