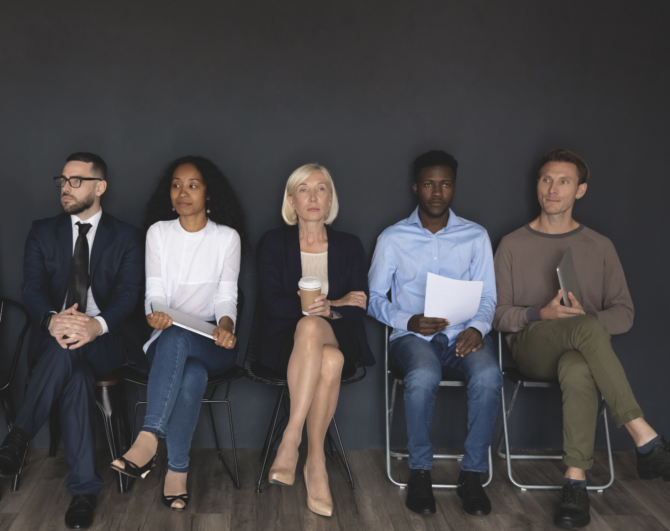 Diversity always does better. So why don’t we recruit for it?

That diversity boosts performance has been proven, repeatedly, the world over. At Credit Suisse, our research found that having just one female board member increased return to shareholders by 3%. Having three or more women increased return to shareholders by 5%. When controlling for all kinds of different variables, diversity improved outcomes. Another study looked at new firms in London. As you increased the diversity of the founders – cultural, socioeconomic, gender and racial – those startups that were more diverse than average outperformed the mean, holding all other things constant.

The second universality is that diversity matters. A lot. Gender ratio, for example, is one of the strongest predictors of success in creative problem-solving and innovation. And here’s the rub: the greater the outlier, the more impactful the ideas. Individuals who most outlie the field produce the most innovation in their teams. It pays – hugely – to introduce difference to the group.

Businesspeople, by and large, claim to be rational. If they are – given the real-world economic evidence and the emphatic results from lab experiments – why haven’t diverse teams taken over? Why aren’t they the dominant mode out in the world?

This paradox has puzzled business analysts and neuroscientists alike for some time. About two years ago, I became deeply interested in it, and set out to discover whether there was something deeper at play. It turns out there was.

Colleagues of mine at Stanford built an artificial intelligence that could read dissertations. They set it to analyse every dissertation published in Stanford since 1973 – some 1.8 million papers. They discovered that the more the authors differed from the standard in their field, the more novel and original their dissertations. Young women – any women – are rare in theoretical physics, for example. Most theoretical physicists are men. The same is true of philosophers. Being a woman in either physics or philosophy makes you an outlier. Yet these feminine outliers were more innovative than the men. Their theses explored more unique ideas than the average paper. They posited more impactful and more novel insights and findings.

Yet those same innovative outliers were less likely to be cited. Because of this, they were less likely, at every level, to be promoted: from a grad student to postdoc; from junior faculty to senior professor. At each stage, they were more likely to drop out. This was the Diversity Innovation Paradox in action. Outliers produce exactly what they are supposed to – in fact, they exceed expectations – yet they don’t get recognized for it.

The reason for the paradox lies in the way the human brain responds to in-groups and out-groups. In-groups are people whom our brain perceives to be similar to us. These similarities can be visceral and biological – we are drawn to people who smell like us and those who have similar intestinal ecology. Out-groups are people that our brain perceives to be different to us, who share fewer characteristics – who don’t pass the same ‘sniff test’!

One of the circuits in the human brain is specifically involved in forming trust: it makes predictions about our social future. If I work with this person, if I give them trust, what’s our future going to look like? This is humans’ executive control. It is charged with making all sorts of effortful decisions.

When we meet and trust someone from our in-group, our executive control can relax. Our brains receive clear signals that someone is in our in-group – they look like us, talk like us, walk like us. The bond is almost effortless. Neuroscientists call this automaticity: it’s hard-wired, it feels natural. What’s more, we get an instant reward for taking this easy ride.

The unconditional prize for trusting another is a chemical hit – an increase in dopamine and a dose of endogenous opioids. Opioids are addictive. We like the way they make us feel, so we want to trust people in our in-group again and again. And note, all this has happened before there’s been any material payoff for trusting the in-groupers. Essentially, our brains are making a bet: “My trust will pay off. I’m going to give the reward right now because I know everything’s going to work out.”

Compare that to trusting an out-group. Here, any rewards must be earned. There is no upfront reward. The rewards only occur when the trust pays off. You must work and wait for your prize! When someone’s very different to you, you receive no rewards from them themselves; you only win rewards from their outcomes. With out-groups, our brain is parsimonious: “I’m not entirely comfortable with giving my trust here. I don’t know whether it’s going to pay off. I’ll retain my rewards until I’m sure that I have a good result.” Trusting out-groups is effortful. Activating those same circuits in the brain now requires extensive frontal control. It’s transactional and protracted. With the out-group, nothing comes for free.

Now imagine how all this translates to the labour market. Few of us would ever say, “I only want to hire people like me” – and we have no idea that our in-group have a similar composition of bugs in their guts. But those bugs draw us closer together. We want to be around those bugs!

The trouble is, such expenditure conflicts with the rest of our work. We are busy. We have lots of tricky daily decisions to make. Cognitive resources are scarce and in high demand. The really interesting – and scary – finding is that even when participants in experiments clearly understand that they will perform better if they trust an out-group member, they still choose not to, because the exertion of doing their day-to-day work drains the cognitive resources they need to share that trust.

If the very effort of our lives undermines our ability to see value in people that are different from us, it is easy to see why these patterns perpetuate.

Awareness training is well-intended and helpful, but insufficient to counter our powerful reflex preference for in-groups, particularly in light of our busy schedules and daily stresses. What does it take for our brains to move someone from our out-group to in-group? In short, real engagement. This means more than just spending time with people and having lunch with them. There is nothing wrong with socials, but they are largely designed to be risk-free interactions: nothing tangible is at stake.

If you want to build trust, there must be stakes. They don’t have to be life and death, but our brain must perceive something to be at risk – and the other person has to deliver for the result to occur. In short, the brain must see a reason for the reward for it to be a meaningful payoff. This can be as simple as choosing to work directly with the person on your team to complete an essential piece of work, or something like Google’s ‘20% Time’ projects – small side projects with fewer personnel involved. Find opportunities like that for people to collaborate meaningfully with each other. Remember the formula: engagement plus a result that matters.

Rich engagement like this is proven to change how our brain functions. It effectively rewires it so that out-groups become in-groups. Research in the US shows that if people receive an email request to answer just a one-question survey, and the name of the requester appears to be African American, all racial groups are less likely to fulfil the request, other than African Americans themselves. The exception was non-Black individuals who had invested time in engaging with African Americans. In those cases, the low-response effect disappeared.

The key lesson from neuroscience is that if we want the diversity dividend, we must work for it. It’s not going to be easy, because our brains reward us instantly for trusting the in-group, and offer only conditional, delayed gratification for trusting the out-group. But the dividend is well documented and vast: the human advantage is in ideas, innovation and problem finding and solving. For our teams and businesses to receive the full diversity dividend, we have to hire for the team and lead in a way that moves all team members into our in-group. That means practicing new things and putting in the effort to rewire our brains to make it happen.