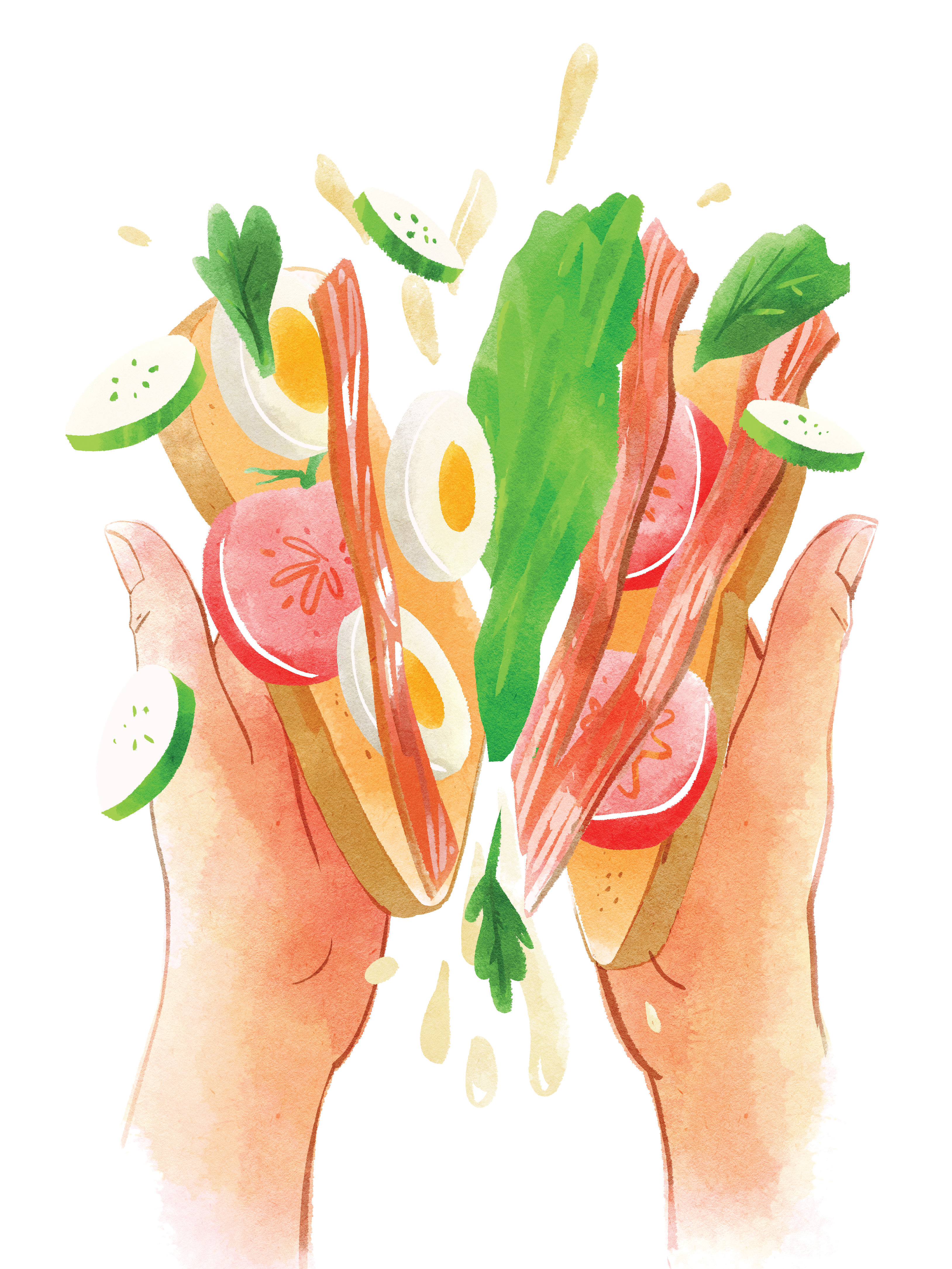 Many feedback interventions fail. Some subtleties can make all the difference.

You’re not alone if you think that the performance feedback you give doesn’t have the impact you want. According to research, 1/3 of feedback interventions fail (Kluger & DeNisi, 1996).

There are several reasons why. Some are well understood. Managers may give poorly-structured feedback that lacks a clear statement of the issue or supporting examples. Harsh, non-empathic messaging leaves recipients defensive. Timing matters too: give feedback too early and it can be overly emotional, but leave it too late and key details will have faded from memory.

Two other factors are less frequently recognized but every bit as important. The first error is disregarding the context. Too many managers fail to recognize that feedback has to be situational. By matching the right type of feedback to the circumstance, managers can dramatically increase its effectiveness.

The second factor is being overly serious. Treating feedback like a life-and-death matter heightens both parties’ anxiety. By lightening the tone, managers can decrease their own anxiety as well as the recipients’ defensiveness. 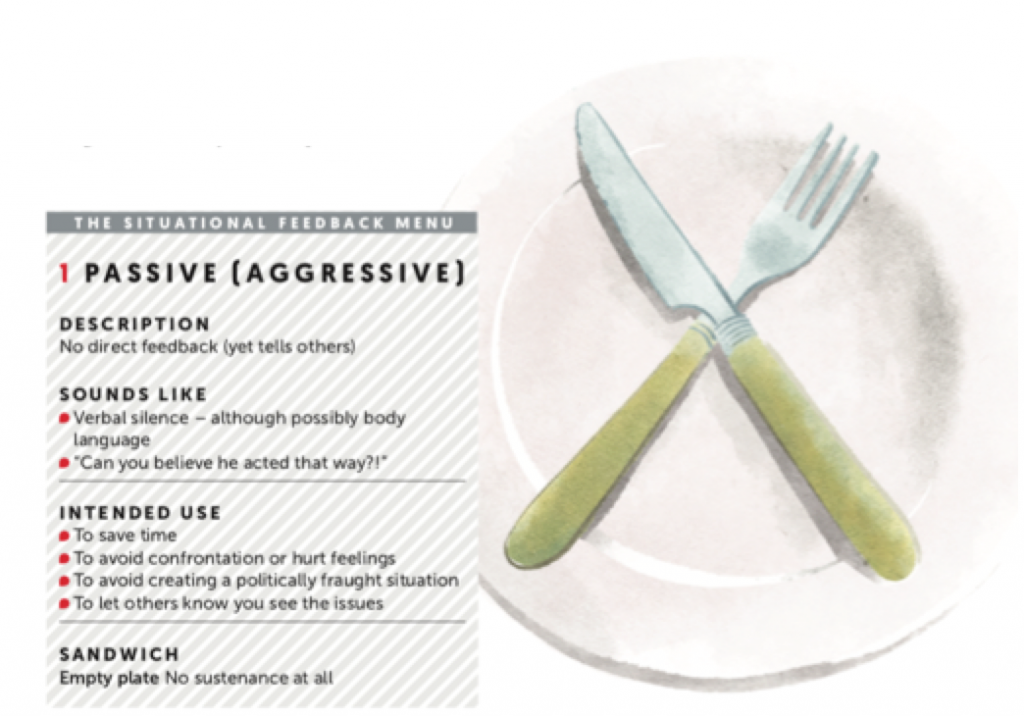 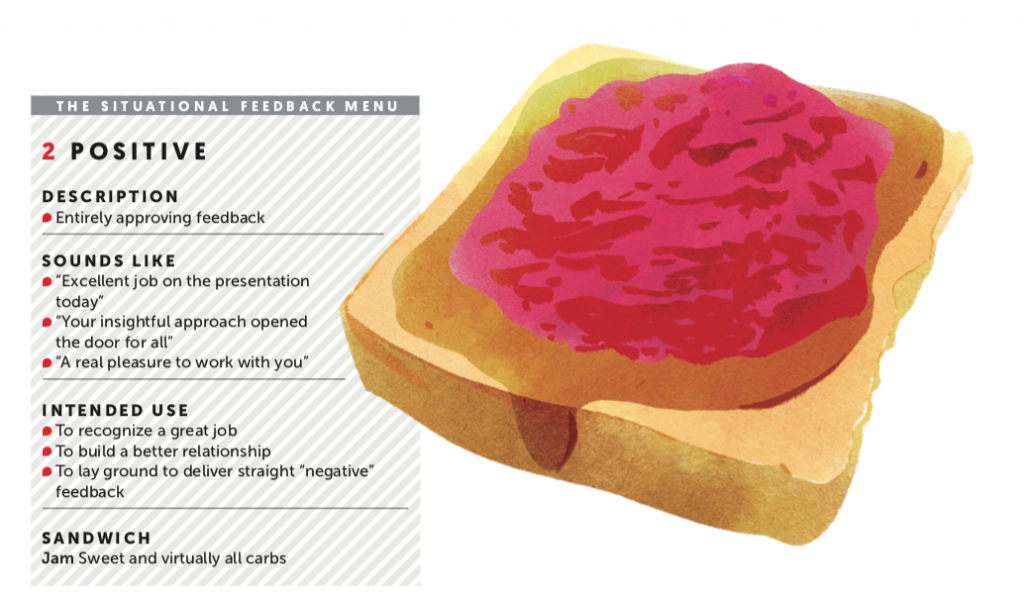 Our answer to these challenges has been the development of a model that helps managers get context and tone right by picking from a menu of six distinct types of feedback, likened to six types of sandwich.

Each has particular strengths: what’s ideal for one situation is less effective in others. Here, we summarize each sandwich, the ideal context for its use, and typical wording. On our menu, the protein filling is the constructive, substantive feedback: the carbohydrates are the softening words.

The perils of mismatched feedback

No one sandwich is right for every situation. Indeed, each carries significant dangers in the event of a feedback/situational mismatch.

Providing largely passive (or no) feedback is to do your team a disservice. They’re unlikely to grow without guidance. In fact, people’s appetite for feedback is nearly insatiable: our research, with feedback from some 550 executives, indicated that people want up to 20 times as much feedback as they currently get. 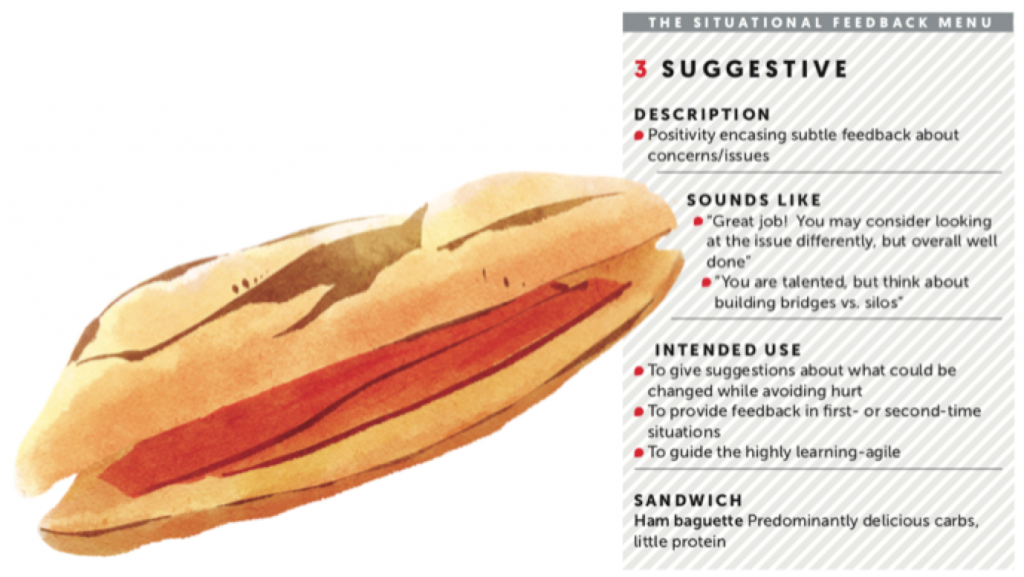 There are also consequences in failing to give positive feedback. It means not reinforcing good behaviour and missing the chance to build someone’s self-confidence. It also means a missed opportunity to lay the foundations for giving negative feedback swiftly and effectively should it be needed.

Of all the feedback types we identify, suggestive feedback is perhaps the most dangerous. Providers are certain they’ve sent a message, when those on the receiving end have barely heard feedback being given. They might even hear the opposite, because suggestive feedback risks being neither strong nor specific enough. Some force is needed to persuade people to invest the effort needed to change their behaviour. As Johan Lehrer has put it, “Unless you experience the unpleasant symptoms of being wrong, your brain will never revise its models” (How We Decide, 2009). And if it’s so vague that recipients are left not understanding what they need to do differently, the exercise has failed.

By contrast, when it comes to constructive feedback, the biggest risk is that recipients discount the positive message, assuming it to be a disingenuous way of softening the blow. That’s unfortunate when it’s genuine.

At the more direct end of the menu, transformative feedback typically goes wrong due to the provider’s wording and tone. It is often given when emotions are running high, coming across as more negative and less supportive than intended.

Finally, the hazards with ‘save-ative’ feedback are not giving it early or clearly enough. Both are essential if the crucial “or else” message is to stop the recipient from derailing completely.

All of these dangers can be avoided. The key is selecting feedback circumstantially. With a situational feedback model in hand, you can make intentional choices about which type of 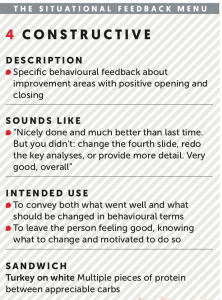 feedback to provide, depending on the goal, the severity of the issue, the history of feedback with the recipient, and your organizational culture. There are three main areas to consider.

Start by reflecting on the balance of feedback that you provide. What portion is passive: 10%, 20%? And how much is positive? Score the six types (totalling 100%), and reflect on the balance. Is your approach effective?

Then test your self-perception by asking your typical feedback recipients – normally direct reports – to complete the same distribution. In general, there’s often very little correlation between how we see ourselves and how others see us, so your view of the feedback you give may be very different from your team’s experiences.

Ask your recipients to again distribute 100% over the six types, this time on the basis of what they would find most helpful. Review the results, discussing reasons and examples. Then make every effort to make the changes desired by each person. In other words, vary your feedback not only by situation, but also according to the individual’s preferences.

How does your feedback style compare to the distribution for your organization as whole? If it is significantly different, assess the impact of the misalignment on how you are viewed, and make changes if it is problematic.

That was the case for Christine, a senior executive whose feedback was poorly received – largely because she was the only one in her organization who routinely gave feedback without tiptoeing around the issues. This led to an unwanted and unwarranted reputation. By adjusting her messaging to align more with others, the benefits of her insightful, if direct, feedback became more widely appreciated.

Catch them doing it right

Unless you’re already giving a lot of positive feedback, give much more. Make it regular and make it meaningful. Track it to ensure you follow through on your intentions. In group situations, give only positive feedback: reserve the other sandwiches for private conversations. One study has suggested that six positives to one negative is generally the ideal ratio (Zenger and Folkman 2013).

Don’t beat around the bush

Ensure that all of your feedback is direct, specific and behavioural. After delivering feedback, check the recipient has heard and accepted the intended message.

When providing mixed feedback, tell the recipient at the outset that you have both positive and negative observations. Ask which they would prefer to hear first.

Watch your words and tone

High performers tend to be more welcoming of direct improvement feedback (Bandiera et al, 2016) but can still be sensitive to how it is delivered. Words and body language matter. 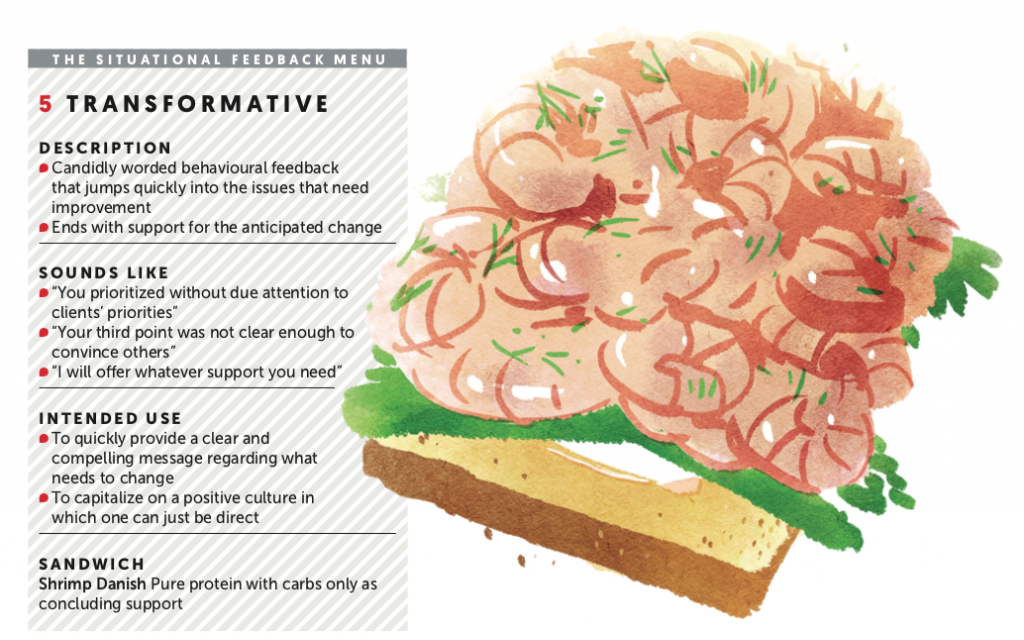 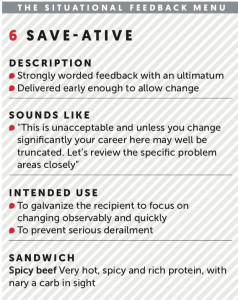 Don’t wait until the 11th hour

If an employee is derailing, rescue them with SOS feedback quickly. Do it early enough that it can make a difference and you’re not just going through the motions before moving to a performance improvement plan or parting ways.

As a leader who cares about performance, you have to keep getting better. After each feedback interaction, do an after-action review to see if you made the right selection.

To reduce the stigma of feedback and make it a more natural exchange, integrate the sandwich language. Tell stories, use analogies. In short: lighten up. Instead of asking people if they ‘would like some feedback?’ – a question that inspires terror in the souls of most – ask them if they are in the mood for some turkey or shrimp.

Socialize this model so that everyone in your purview feels comfortable using the terminology. It will help you, and them, give better feedback – and collectively reduce the surrounding angst.

Ultimately, managers can’t ignore their duty to give feedback. They can make no excuses for turning a blind eye on performance issues. As they say on the New York City Subway: “If you see something, say something.” By selecting situationally, every manager can give great performance feedback that makes a difference to their teams. Feedback is the lunch of learners: don’t let them go hungry.