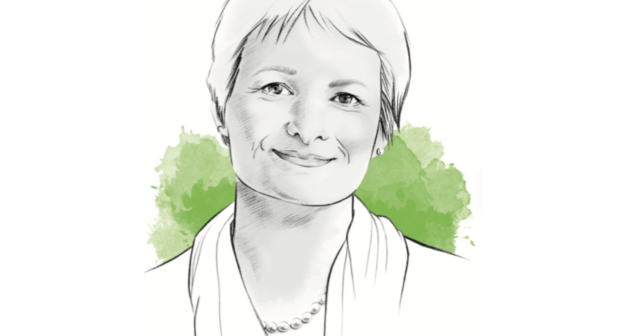 The old ways of measuring advantage should be put to rest, says Rita McGrath.

Stock markets are key to the proper functioning of capitalist systems, and yet some metrics used by stocks analysts cause problems for companies trying to create what I call ‘waves of transient advantage.’

Any competitive advantages, even prolonged ones, have a lifespan. They are created through the innovation and launch process, in which entrepreneurially-minded managers build or buy new businesses that meet customer needs in novel ways.

If they succeed and a market presence is established for the firm, the advantage enters the exploitation phase, in which the business becomes profitable, its footprint grows and it enjoys steady growth. But most existing advantages eventually come under pressure. This could be from competition, from technological change or from some other inflection point that weakens the original advantage. I call this, ‘erosion.’

Evidence shows that the movement from stage to stage is happening faster than ever for many firms. Yet stock market analysts only examine firms’ functions in any sensible way during the exploitation phase.

Analysts love predictability. They dislike surprises. They are keen to estimate what a firm’s performance will be. Once they have learned the key metrics that are likely to be associated with success, they are reluctant to look at a firm through any other lens.

Map this thinking against the challenges of the innovation and launch phase of an advantage. Predictable? No. Surprising? Often! Yet there are two types of errors analysts make with this stage.

The first is an irrational exuberance that a company’s innovations are going to create the next hot growth category, which results in its stock being excessively pricey.

The other way analysts get the emerging advantage stage wrong is by pressuring management to keep the stock price high, favoring tactics such as share buybacks rather than investment in innovation.

Worst of all is what goes on in the ‘erosion’ phase. Investors dislike the idea of a declining business that must make substantial investments in developing new advantages, or updating existing ones, to remain relevant.

One consequence of the mismatch between the reality of strategy today and how the public markets look at companies has been a cumulative loss of faith in those self-same public markets as the best vehicles to raise capital and trade in shares. Private money is allowing many start-ups to remain private for a long time, enjoying their growth period before going public.

Private companies, studies suggest, invest twice as much as public ones in productive capital investment, which is where future prosperity comes from. And of course, they can’t be tempted by the easy move of repurchasing shares.

All of which leads me to wonder whether we need new metrics. For instance, my colleagues and I have created a concept we call the Imagination Premium*, which measures how investors parse a company’s value between operations and growth. Indices such as the ‘good jobs’ index look at firms through a multi-stakeholder lens.

Other approaches are being tried, such as Microsoft deliberately shifting its emphasis from such lagging indicators as sales and profits, to leading ones such as customer engagement with its products. And one of the more ambitious ideas is to dispense with the short-term focus of the current market entirely by creating the Long-Term Stock Exchange, Eric Ries’ brainchild with support from Silicon Valley heavyweights.

The need for a new dawn in the analysis of transient advantage is pressing. Some analysts have engaged with the challenge. Yet still too many rage against the dying of yesterday’s light.

*Imagination Premium is a registered trademark.

– Rita Gunther McGrath is professor of management at Columbia Business School and an educator in Duke CE’s new online course on Building Strategic Agility. This article first appeared on dialoguereview.com.