Duke Corporate Education>Insights>Finance>DeFi and the future of finance 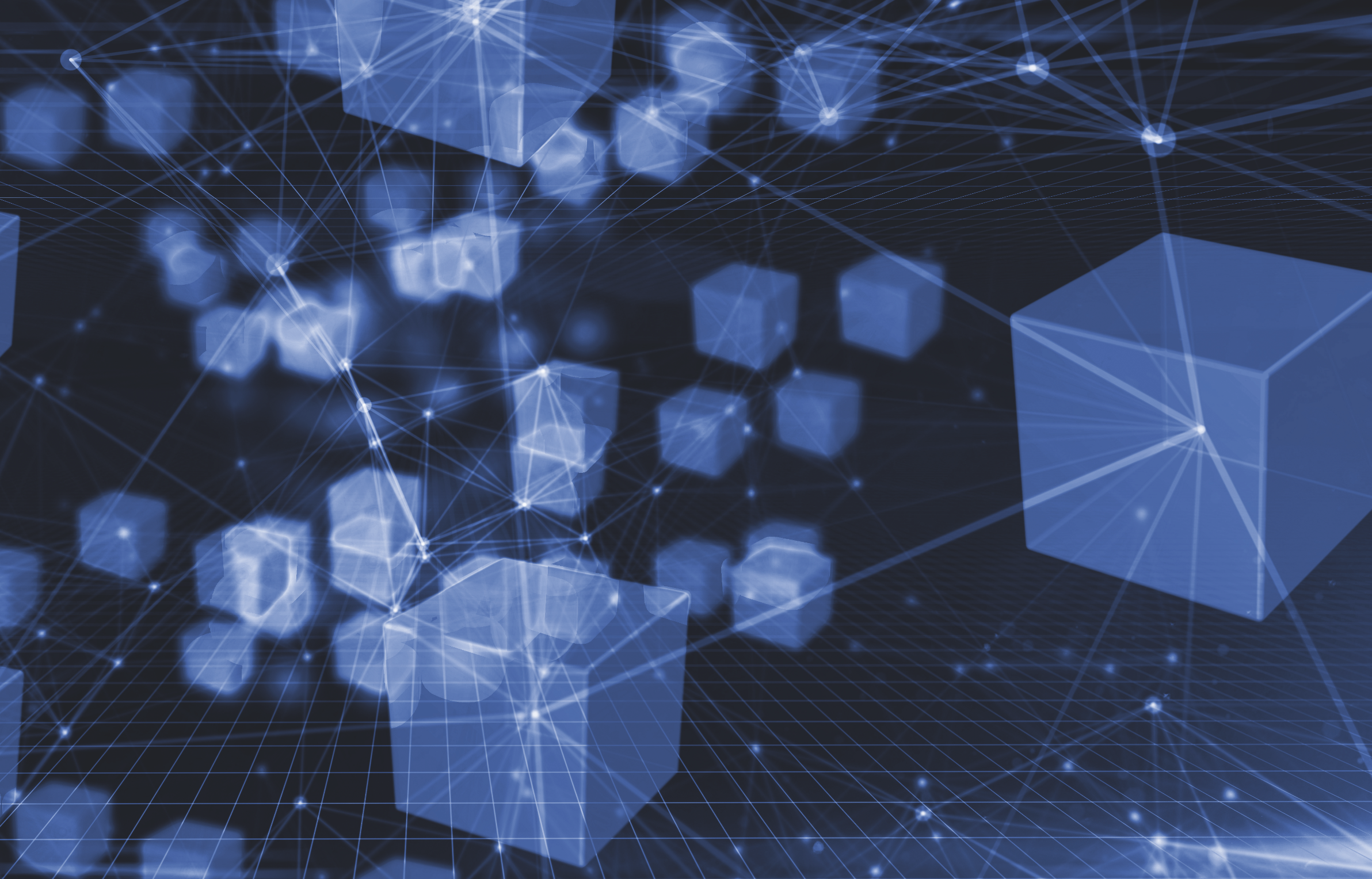 Decentralized finance is set to rebuild the financial system.

In the last 12 months, how many times have you turned to the latest business or financial news to find the media focused on bitcoin’s price gyrations, or Elon Musk’s latest tweet about dogecoin? Cyber currencies have dominated the discussion about the future of finance. But something else is happening, largely under the radar, which is more profound, and which is starting to change the shape of the entire financial system. It is the emergence of decentralized finance, or DeFi.

In the simplest possible terms, DeFi is about trading with an algorithm. I have Asset One, and I want to buy Asset Two. I send Asset One to the algorithm, and Asset Two comes back to me. It’s simple – and powerful. It’s not too difficult to imagine a future where we are trading with algorithms or doing business in general with algorithms – the advantage being that you eliminate the middle person so there’s no broker and no bank. It is effectively a peer-to-peer transaction, moderated by an algorithm.

DeFi is distinct from fintech, which has boomed in recent years. Fintech companies are challenging traditional financial services companies by lowering transaction costs and greatly improving the user experience. That’s good for consumers and good for the economy. However, it has its limitations, because fintech uses the legacy of centralized financial infrastructure. Costs can only be reduced so far with these centralized systems. So, while traditional financial institutions are being challenged by the current wave of fintech firms, in time, fintech will be challenged by DeFi.

DeFi is not about bitcoin or dogecoin. It is a structural change in the financial system that will lead to a new system of exchange, savings, borrowing, tokenization and insurance.

Stuck in the past

Our centralized financial system has not substantially changed over the past century. From insurance to banks, brokers and exchanges, as well as central monetary authorities, processes may have been digitized – but the basic infrastructure is substantially the same.

On many dimensions, our financial system is letting us down. Retailers, often operating on razor thin margins, not only face 3% transaction fees on credit card transactions but wait weeks for funding to show up in their accounts. Why is the transfer of money today so expensive, slow and insecure? And consider some of the other more general problems with the current financial system. Why are savings rates zero or negative? Why are borrowing rates so high? How is it possible, in the age of the internet, that it can take two days to transfer ownership after buying shares in a company? Why, during the global financial crisis, did we have to bail out the very institutions that caused the crisis? And why are 1.7 billion people in the world unbanked – and many more underbanked?

All these problems have a cost: the financial frictions that have persisted over so many years take a toll on economic growth. Consider the economic cost of underbanking. An entrepreneur has a great idea with a target rate of return of 24% a year. She goes to her bank and asks for a loan. The bank agrees the idea is a good one, but the client is too small; the bank would prefer to deal with a single larger commercial customer than with 100 small customers. Instead, the bank offers to significantly increase the credit limit on the entrepreneur’s credit card. Credit card debt, of course, comes with significant interest rates. The entrepreneur decides against pursuing her project.

Yet this is exactly the type of project that boosts economic growth. The US economy has been stuck over the past decade in a 2%-annual-growth mode. At the same time, government debt has piled up. There are three ways to pay off that debt: to increase taxes, print money, and increase economic growth. Only one of them is attractive, the last.

DeFi offers three significant benefits. Firstly, the algorithms or smart contracts at the heart of DeFi do not carry the baggage of traditional finance – there are no layers of bureaucracy and back office staff. When peers interact, no middle person is making a large spread or commission.

Second, decentralized apps are interoperable. For example, in centralized finance, it might take days to send money from your broker to your bank or vice versa. No such delay exists in DeFi.

Finally, the DeFi makes everything transparent – a key characteristic of blockchain technology. The current system is very opaque. We rely on government regulators to spot trouble in our financial sector, and history suggests a dubious track record in monitoring. Transparency addresses that problem – and it makes innovation rapid. If someone has an idea as to how to improve an algorithm, they can start with the open-source code and bolt on an improvement. The new protocol could be ready to launch in a few days.

Any analysis of a new technology must clearly gauge the associated risks and challenges. (If all risk is eliminated, an investor may as well invest in US Treasury bills.) DeFi’s risks include the following.

A flaw in one of the algorithms. Contrary to our current system, all code is open source, so the exploiter does not need to ‘hack in’ to see the code. There are two types of smart contract risk: a logic error and an economic exploit. A logic error might be the algorithm doing some rounding up, such as 13.9999 to 14: that could cause a command to fail because of insufficient funds. Economic exploits are subtler and often take advantage of exchanges that are illiquid (that is, for assets that cannot readily be traded or sold). For example, an exploiter could manipulate the price on the illiquid exchange; if that price feed was then used in another exchange, profits could easily be made.

DeFi, by definition, is decentralized. A small group could take control of an algorithm.

All DeFi relies on blockchain technology, which is a closed system. It is important to get information from outside a blockchain into the blockchain; the link to the outside world is called an oracle. The source of the oracle’s information can be manipulated (such as my example with the illiquid exchange). Or, the oracle could go offline: if it does, any DeFi protocol using that oracle also goes offline and all transactions will fail.

DeFi also involves a new way to exchange assets, a decentralized exchange, or DEX. In contrast, popular cryptocurrency exchanges, such as Coinbase and Binance, are centralized exchanges. With DEX, the investor interacts with an algorithm not a broker, which leads to its own set of risks – DEX risk. This includes the possibility that liquidity providers are taken advantage of by arbitrageurs.

A cryptocurrency is identified by a private key – a long number that cannot be guessed. If the owner loses the key, they lose their cryptocurrency. This is a very real risk: the New York Times recently reported on a developer in California who decided to self-custody by adding all of his private keys to a special hardware wallet that was not connected to the internet. Unfortunately, he forgot his password. The hardware is designed such that ten password misses in a row triggers the destruction of the hardware. The developer has failed eight times in a row and has two tries left. The value of the cryptocurrency in his wallet? $220 million. However, you don’t need to self-custody. A number of solutions have been put forward to mitigate this risk, such as using a professional custodian.

This stems from the fact that most of the current cryptocurrencies use a very energy-intensive method to add to their blockchains. Many experts estimate cryptocurrencies’ energy use as equal to the amount required to run a sizeable country such as Argentina. Ethereum already has a plan to move to a vastly less energy-intensive method. Instead of tens of thousands of computers doing redundant work, the new method designates a single computer to do the work. The technique is called proof of stake. In this method, the miner must ‘stake’ collateral. If the miner approves an invalid transaction, any shortfall in funds is immediately deducted from their stake. Many non-Ethereum-based DeFi blockchains have already made that transition.

When the Securities Act was passed in the United States in 1933, cryptocurrencies did not exist. Hence, regulators are only now trying to develop a framework for them. They need to be careful: if regulations are too harsh, then innovation is squashed or moves offshore. If it is too lax, many people will be taken advantage of. The regulator needs to find the middle ground, which is challenging for three reasons. First, the technology is complicated, so a considerable investment in time needs to be made to understand the new landscape. Second, the technology is evolving so quickly that it is hard to keep pace with the new protocols. Third, it is hard to attract employees that are well versed in this space because they have opportunities in the private sector. This means that there is presently considerable regulatory uncertainty. The DeFi space will benefit once that uncertainty is resolved.

In effect, we have come full circle. Our earliest market exchanges were done by barter, which was very inefficient. The introduction of money vastly increased efficiency. However, with DeFi, anything can be tokenized: goods, services, art, music, to name a few. As a result, in the future, you can choose how to pay. At the grocery store, perhaps you pay with a token backed by gold; perhaps you use one backed by IBM stock. It is your choice. If your choice does not match what the store wants, a decentralized exchange seamlessly exchanges your asset into something the store wants. This is barter – but an efficient form of barter. In this world, the central banks face competition. They lose their monopoly over money.

For those who choose to ignore the DeFi future, beware. I have heard many say “I am not interested in this space and do not hold any companies in my portfolio in this space”. But those people and their portfolios are still exposed to DeFi: the very companies they hold could be put out of business by this new technology.

There are many risks associated with DeFi but vast opportunities too, including the democratization of finance. It is early days – we are perhaps just 1% into the DeFi disruption, and for now, we are only seeing the scaffolding of a new city. But DeFi is not a renovation. It is a complete rebuild of our financial system.

Campbell R Harvey is professor of finance at Duke University and former president of the American Finance Association. He is an author of DeFi and the Future of Finance.