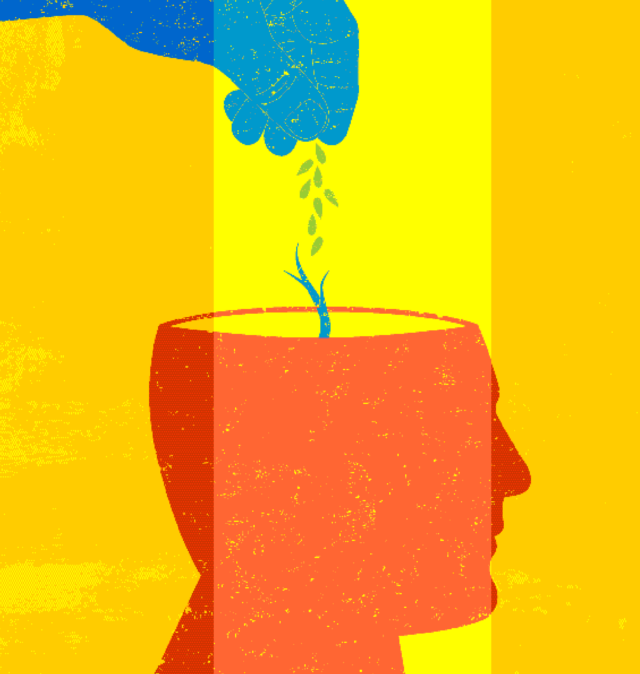 Increase your impact with these nine science-based principles of persuasion.

What do you think influence means? In most discussions of how to persuade others, the concept of influence quickly becomes a term to describe how one can get other people to do what you want. The ability to influence others is discussed as if it refers to a set of manipulative strategies that enable someone to control the people around them. This is a mistake.

Allowing yourself to think about influence in such terms disadvantages you in two ways. Firstly, it is extremely difficult to actually control others in any kind of ethical manner – and secondly, any attempts to do so will likely detract from your professional relationships. The skills for influencing people at work should not be perceived as a collection of magic tricks; you cannot try to fool someone into buying a car that does not work. The important customers, colleagues and managers you need to influence cannot be treated as disposable: these players can easily re-emerge at crucial moments. It often seems there is no more certain way to ensure that a particular person will end up being your manager, or the decision-maker for a huge contract, than by burning your bridges with that person.

Tapping into the subconscious

In the interconnected workplaces of the 21st century, leaders and aspiring leaders can benefit from an approach to exerting influence that derives from an understanding of how people make decisions. Studies in psychology, sociology, and other disciplines that search for systematic patterns in what people do, provide us with many insights into the factors affecting decision-making in professional contexts. The principles arising from this research can help you tap into the subconscious methods through which people receive and process information. The exercise of influence in this way is neither forceful nor unethical. It’s simply a matter of presenting what you say in a manner that maximizes your impact in workplace decision-making.

The reason that behavioural science can provide us with so much value in the field of influence is that people’s conscious explanations of why they do things are often not very reliable. For example, when consumers in focus groups are asked to identify a message that is likely to influence them, they tend to select options that are the least influential when tested in the real world. One major reason is that most decision-making is more emotional and less rational than we think.

This same pattern is readily observable in business and other professional contexts. When one person is consciously trying to influence another, the most commonly-observed strategy is that of rational persuasion: providing logical reasons as to why the other should do what you are asking.

However, logical reasoning has a lower success rate than you might expect. In one meta-analysis it was linked to a successful outcome only 12% of the time. Furthermore, people tend to believe that the more reasons they provide, the greater the strength of their argument and the more influence they are exerting. In fact the opposite appears to be true: multiple reasons are more likely to dissuade.

The logical reasons that we give other people are usually not very good ones because we communicate information instead of something that is emotionally engaging. Human decisions are more often, and more strongly, affected by the perception of rewards and benefits than by rational and logical arguments.

Finally, when you attempt to influence someone by listing many logical reasons why they should take the action you recommend, your approach is akin to asking for a favour. When you are asking for a favour, you are borrowing from social capital.

In contrast, the Working with Influence model, summarized below, offers an approach to generating influence while increasing your social capital and relationships with others.

The Working with Influence model was derived from an extensive examination of the global literature on social, psychological and contextual factors that influence decision-making at work. My objective was to identify principles of persuasion that are highly relevant to a 21st-century workplace. Because today’s world of work is diverse and international, it was important that each principle was supported by studies from many different countries. It was also important that students in my postgraduate business school classrooms could readily identify ways to apply the principles in their day-to-day professional lives. The result is nine universal principles, structured into a three-by-three model.

1 Status This refers to the human tendency to subconsciously rank members of a group in terms of how much each person is likely to add value to the group’s activities. One’s relative status in a group is affected by formal job designation, and unfortunately also by physical characteristics. Fixed factors such as age, height, gender, and appearance all play a role in determining the extent to which people will listen to one another on a given topic, even when such valuations explicitly contradict participants’ conscious beliefs in equality and inclusion. However, there are ways to increase your perceived status – and therefore the degree of influence – you have within a given context, by using your past successes or your most developed capabilities. For example, your teammates might overlook the fact that you are young if you have advanced skills in analytics, especially in situations where analysis is crucial.

2 Social imitation When it comes to decision-making, we are strongly affected by information about how people like us have made similar decisions. This is the social imitation effect, and it increases when the reference group is important to the decision-maker; when there is more uncertainty about what to do; when the decision is relatively low-stakes and will therefore involve less conscious scrutiny; and when the decision-makers are suffering from decision fatigue. Therefore, you can help people make a decision in a way that will feel satisfying to them by showing what another important group did previously in a similar situation.

3 Affiliation People significantly change their judgment of a person’s advice or suggestion based on information about the person’s group membership or underlying intentions. When a person is perceived as being likable, genuinely acting in the group’s best interests, or part of the same team (‘in-group’), then whatever they have to say receives more attention and more consideration. According to the principle of affiliation, you will exert more influence when interacting with people who feel you have a genuine social connection to them.

4 Value-framing In most instances, most of the time, our judgments of value are relative rather than absolute. Before deciding if a cost is expensive, a project is important, or an achievement is admirable, we look for a framework within which we can benchmark that item. The technique of value-framing increases your influencing power by taking into account your audience’s perception of worth. When you express your contribution in terms or values that are inherently important to the audience or decision maker, you communicate at a more effective level than when you state your input in whatever terms come most easily to you – which is what we usually do. Value-framing is an easy way to communicate more effectively.

5 Effort It is well-documented that humans generally take the easiest, lowest-effort pathway to achieve the outcome they seek. Whether the effort involved is physical or mental, the more difficult it is to do something, the less likely it becomes that people will do it. Yet our default attempts to influence others rarely take this into account. Principle five is particularly important when you are achieving a lower response or compliance rate than you would like to see. When employees fail to adhere to a new procedure or policy, our usual response is to think in terms of how we can force them to do what is needed. If instead you make it easy for them to comply, you are likely to see a significant increase in uptake.

6 Reasoning The most common influencing strategy adopted in the workplace is rational persuasion: enumerating logical reasons as to why your target audience should take the action you suggest. You can increase the likelihood that people will act as you wish by providing them with better reasons – reasons that relate to benefits or rewards rather than simple logic.

7 Inertia The influential martial artist Bruce Lee is credited with advising his students to “Be like water”; that is, to recognize their opponents’ flow of activity and to harness that flow, rather than fight it. Human behaviour often occurs in predictable patterns. If you are primed to look for these patterns you can usually find them, in any professional context. If you view influence as controlling people’s behaviour, you may be tempted to fight the flow of their stream. When you view influence as achieving the outcome you planned for, you will find that you can harness what people are most likely to do and use that energy as a stepping-stone to the result you seek.

8 End-goal focus Firing multiple arrows at a series of targets is less effective than firing all arrows at one clearly defined target. However, it is extremely common that we become distracted by multiple targets, particularly during lengthy meetings or complex interactions. In fact, studies in neuroscience demonstrate that human brains are actually designed to be distracted easily. By understanding how you are likely to be side-tracked in a meeting, you can plan to control your own behaviour, so you keep your focus on the one clear target you are seeking.

9 Execution Whether you are meeting with people face-to-face or online, specific aspects of your own behaviour can significantly affect how influential you will be. For example, research demonstrates that the specific words you choose and the physical posture you hold (even when online) affect how other people react to your messages. The most-effective posture, words and tone of voice are significantly different from what people use by default on a daily basis.

The nine principles of persuasion in the Working with Influence model enable you to understand and tap into subconscious processes that occur when people make decisions in the workplace. Your understanding of these processes can also enable you to improve ethical standards in your company, as well as employees’ sense of inclusion. For example, in better understanding principle two, social imitation, we can see how the ethical standards set by senior management have a potent effect on employees’ sense of social norms.

In general, when you enact influence using these nine science-based principles, your efforts will not be visible; they will not appear as an attempt to influence. They will frequently improve the connections between you and other people in your professional environment, including colleagues over whom you have official authority. Success is not about controlling what people do, but achieving the outcome you intended. Like most principles of science, you can’t guarantee a result in every case, but over time, your success rate will improve – and your influence at work increase.

Amanda Nimon-Peters is a professor of leadership at Hult International Business School and author of Working With Influence: Nine Principles of Persuasion to Accelerate Your Career.