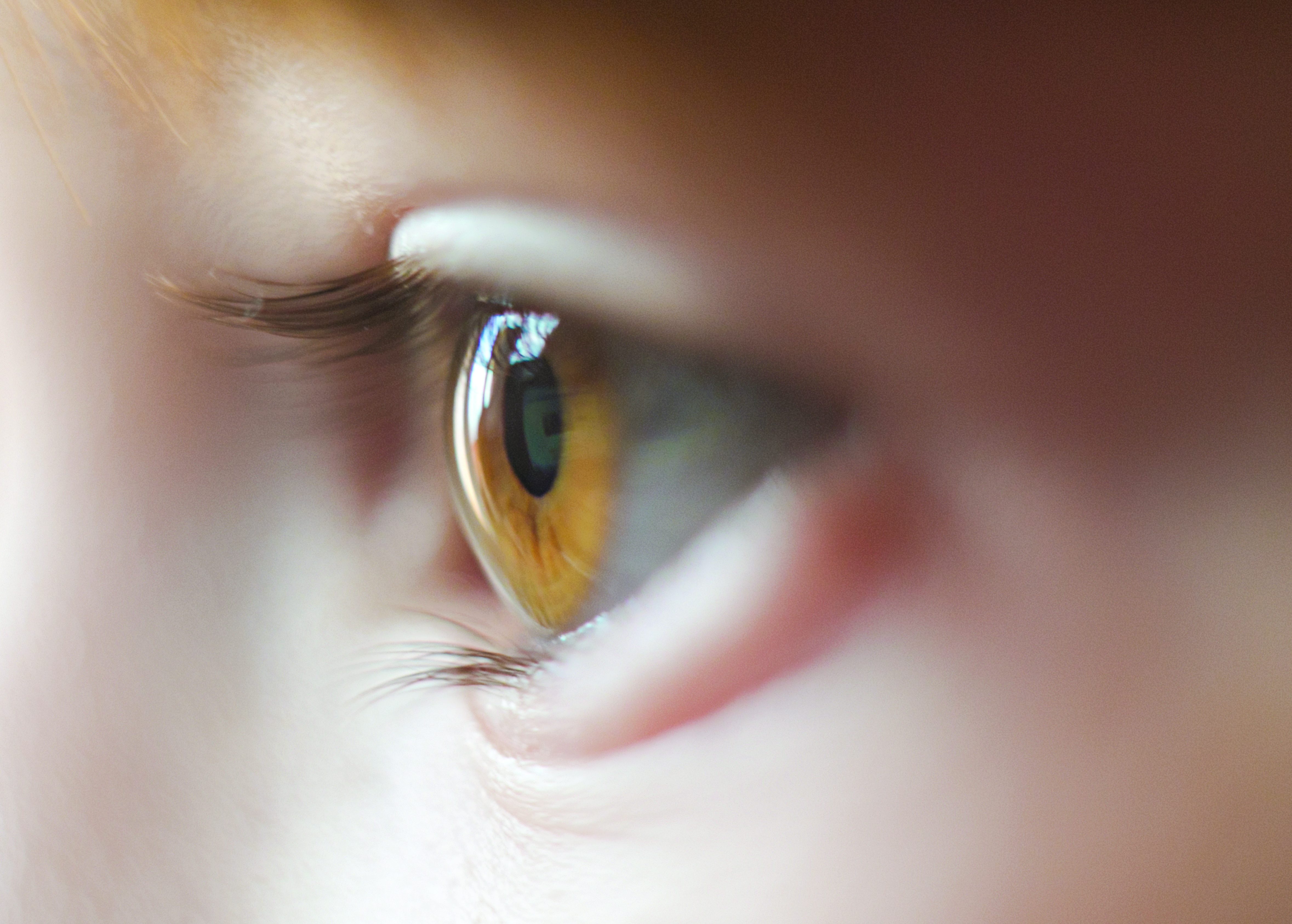 While leaders are often expected to be laser-focused at all times, sometimes being distracted can be the best way to cultivate new ideas. Dr Srini Pillay presents eight ways to make the most out of your distraction.

There have never been more opportunities for distraction than there are in today’s digital and work environments. Not only do we have to contend with potentially distracting workplace trends like open-plan offices, we are almost constantly bombarded with digital missives in the form of emails, tweets, social media notifications, and breaking news alerts. This digital distraction and information overload overwhelms our brains. It shortens attention span and interrupts memory formation too.

Amid such distractions, we usually choose to hunker down and focus. Although this makes sense, it is almost never enough. While focus is undoubtedly essential to productivity and task-completion, recent research indicates that our brains can only take so much. Luckily, there are intelligent ways in which we can unfocus too. This will make our brains more resilient to distractions.

The disadvantages of focus

On the surface, focus seems like a suitable strategy when our minds are adrift. Noise-blocking headphones, to-do lists and calendar reminders will help us get the job done. Yet keeping the door shut to the outside world, or having a one-track mind may also disrupt our productivity, innovation and decision-making.

There is a time and place for having blinkers on, but not when there is competition in the wings. Take Wang Laboratories, for example. It had cornered the market for the word processor, and An Wang, the founder, became so obsessed with his creation that he neglected to see the PC as its replacement. In remaining steadfastly connected to his own ideas, he was unable to truly anticipate a business threat developing its own power, waiting to take center stage.

Metaphorically, focus makes your brain pathways more like train tracks than an open space for flying. As a result, you become a creature of habit – a deathly result, even for good leaders.

Innovation relies on connecting ideas, but having your nose to the ground may prevent you from seeing these connections.

For example, Gillette had a toothbrush unit (Oral B), an appliance unit (Braun), and a battery unit (Duracell), but failed to make a battery-powered toothbrush. It failed to take advantage of the fact that our brains are wired to make connections. All it needed to do was to look beyond what was in front of it from time to time. As obvious as this seems, it is more obscure when focus dominates your thinking.

When your brain focuses continuously, its energy is sapped. This has tremendous consequences. Aside from making you quickly unproductive, studies have also shown that it depletes your ‘thinking’ brain. As a result, you care less about others. Giving such depleted people glucose makes them care again.

When you focus the entire day, your brain is simply drained of energy and you lose the capacity to think clearly or care enough about anybody else. This bodes poorly for sustained productivity or team alignment. In addition, it is difficult to remain agile when you lack the energy to respond to what is happening around you.

In business, it helps to be able to make reasonable predictions about the future. But if your head is buried in the sand, you may be blind to what’s ahead. This is called long-term discounting. Thus, you may ignore future trends and become vulnerable to decision-traps. For example, you may pay too much attention to the here-and-now and the first evidence you receive (anchoring), or you may be overconfident because you are blind to the future.

These are some of the problems that hyperfocus will cause. For this reason, it makes sense to examine how you can build unfocus into your day. In all instances, unfocus offers relief from the naivety and traps of focus. And there is an unfocus circuit in the brain that you can activate too.

When focus and unfocus are both active and aligned, I call this cognitive rhythm. When the brain is in cognitive rhythm, it is acting most efficiently and you are most self-connected.

Unfocus is a major contributor to your sense of self. Also, many experts would agree that 90-98% of brain activity is unconscious. That’s why we need to learn how to activate the brain’s unconscious circuits more effectively – isn’t it ironic that organizations often spend 100% of their budgets on 2% of mental activity?

The unfocus circuit is one of the unconscious circuits in your brain. Called the DMN (Default Mode Network), we used to think of it as the ‘Do Mostly Nothing’ circuit.

Although the brain occupies 2% of the  body’s volume, it does much more than nothing. In fact, it uses 20% of its energy at rest.

When you are apparently doing nothing, your brain is busy combining ideas, being re-energized, and generating insights. Below are some ways in which you can activate unfocus circuits strategically.

We spend 47% of our days with our minds adrift. So why not learn how to drift off productively?

In the 1950s, psychology researcher Jerome Singer studied daydreaming extensively. He found that slipping into a daydream was not helpful, nor was it helpful to guiltily ruminate over things. Yet, there is one type of daydreaming that will help you to become more creative, and even re-energize your brain. Called Positive Constructive Daydreaming (PCD), this type of daydreaming is what we should be doing. When you engage in PCD, you start by building it into your day deliberately. After withdrawing your attention from the outside, you use playful and wishful imagery. For some, this might be lying on a yacht. For others, it may involve running through the woods with their dogs. Whatever the image, you should do this while doing something low-key like knitting or gardening. Doing nothing at all is not
as effective.

With PCD, your brain turns on the default mode network, and when it does, your unconscious can work its magic by stimulating innovative ideas, and even helping you predict the future more effectively.

When you are tired, rather than struggle through your tiredness, consider napping. A ten-minute nap is all you need for mental clarity. But if you want to be more creative, a 90-minute nap is necessary. Napping allows your brain to re-energize, and when you nap for longer, it also allows your brain to bring seemingly contradictory ideas together. Thus, novel thoughts and insights are more likely to occur.

We are often taught to pay full attention, yet when psychologist Jackie Andrade studied the impact of doodling, she found that doodling improved memory by 29%.

On the next conference call, or while at a meeting, consider doodling. It makes your brain more like an absorbent sponge than a stiff one by activating the unfocus network. You will be more likely to remember the information too.

Walking on a meandering path

If you want to become more creative, walking on a meandering path, preferably outside, will increase your creativity. One study demonstrated that free walking is superior to walking in rectangles. Find a safe path that offers options for detours, and go for a meandering walk outside.

If your team is stuck and needs to come up with a good idea, you may suggest that people adopt the identity of another person for a time (psychological halloweenism). One study showed that people who acted like eccentric poets as opposed to rigid librarians became more creative. When they switched roles, the same stereotype effect was seen.

While it is important for businesses to be grounded in reality, ideas are often born in the imagination. That’s where solutions and breakthroughs come from. Unfocusing from the outside and looking within for possibilities makes a huge difference.

There is a science to believing that a solution is possible too. It increases brain opioids and dopamine, allowing you to feel less stressed and more motivated by a sense of reward. Taking time to ask what is possible will activate your brain differently than always focusing on reality.

When working with leaders, you may suggest lifestyle changes, and you can ask a specific set
of questions that will stimulate the unfocus circuit. In addition, you may suggest some tools and techniques in different contexts as illustrated previously.

Identify times of the day when your energy is low. For example, you may feel more depleted mid-morning, after lunch, mid-afternoon and at the end of your day.

Then, build in one or more unfocused activities during 10-15-minute periods. You may, for example, nap for ten minutes at 10am, go for a free walk after lunch, doodle in the mid-afternoon, and do PCD while gardening when you get home. This may seem like you are wasting time, but you should think of it as refueling your brain.

To schedule this, you can use the desktop app called the TinkerTable that will synchronize with your calendar to plan unfocus times in the day.

Focus is essential and necessary at work. But without unfocus, focus will be diminished, and the unconscious brain will not be utilized properly. Building unfocus time into your day can help you become more productive, creative, a better predictor, and more self-connected.

So start by creating or suggesting personal lifestyle changes, then ask yourself or your clients the questions above. Practicing unfocus exercises will engage your imagination and internal resources much more effectively over time. 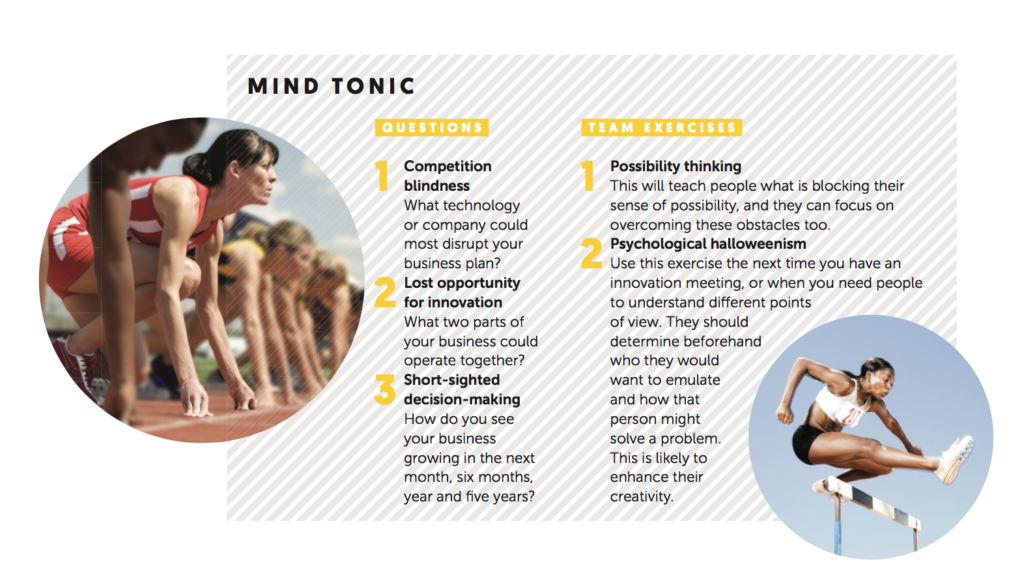 — Dr Srini Pillay is a practicing psychiatrist, brain-based technology innovator and part-time assistant professor at Harvard Medical School, US. This article is adapted from his latest book Tinker, Dabble, Doodle, Try: Unlock the Power of the Unfocused Mind. An adapted version of this article appeared on the Dialogue Review website.