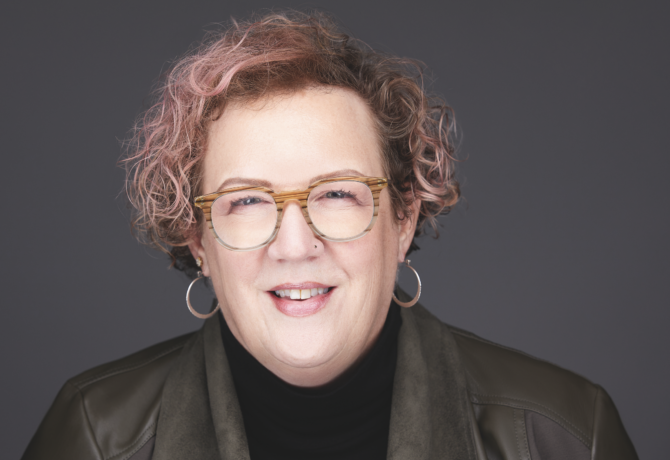 Few firms were as prominent in the global switch to remote working as Zoom. Two years on, it’s still shaping the future of work – starting with itself, as its former chief people officer Lynne Oldham explains.

As well as being a global health crisis, the Covid-19 pandemic has been an incredible catalyst of change. It has disrupted economies around the world, creating huge hardship for many. And it has unleashed huge forces of change, hastening the arrival of the future – particularly in how we work. Researchers, theorists and consultants had long advocated flexibility and greater use of remote working, pointing out the benefits for employee engagement, but the remote-working future seemed forever delayed. The pandemic swept all that away. The future arrived with sudden, shocking speed.

One company which did more than most to smooth the path for its arrival was Zoom. Zoom is hardly an overnight sensation: the company was founded by former Cisco executive Eric Yuan in 2011, with its first services launching in 2013. But in March 2020 its adoption rocketed as Zoom became a near-ubiquitous tool for remote meetings. Mobile data specialists Apptopia ranked Zoom the second-most downloaded app in the US (just behind TikTok) and the fifth most popular globally, with some 477m downloads over the course of 2020.

Lynne Oldham, Zoom’s chief people officer since January 2019, has been at the heart of the company’s sudden growth – and its efforts to shape its own future model for work. When we speak – by Zoom, of course – she quantifies the sheer scale of the Zoom boom. “In December 2019 we had about 10 million daily meeting participants,” she recalls. “By April 2020, we were at 300 million.

“I don’t think anybody could have anticipated the size of demand that came our way,” Oldham reflects. But the company was able to adapt. First and foremost, the software was ready: “Our product architecture was designed to be scalable.”

But even with a cloud-enabled platform for growth, the company needed more people – lots of them. “Even though the tool is scalable, it still takes people to get things accomplished,” says Oldham. Today, the company is two-and-a-half times bigger than before Covid: “We were 2,400 people when we went into the pandemic and we’re more than 6,000 now.”

Such an explosive growth in personnel would challenge any company at the best of times, let alone in the middle of a pandemic when human contact had to be kept to a minimum. How did Zoom manage it?

The first area it focused on was hiring. To begin with, it worked to make sure that hiring managers were truly present in every interview. “We’re all used to a world of multitasking and being extraordinarily good at spinning many plates,” says Oldham, “but when you’re talking to someone for a job, you can’t be spinning any other plates. You’ve got to be right here – you’ve got to read all the signs.”

Using Zoom for face-to-face – albeit remote – interviews helped recreate the traditional interview experience. But the company also ensured that managers were using a structured interviewing process. “We gave each manager a set of questions to use across all candidates, so you could get that good comparison and pull out biases,” explains Oldham. “If you and I went to the same school, we might get chuckling about something on campus, as opposed to assessing you against the criteria for the job.” The more standardized approach helped managers make better selections.

The second aspect of change was a far-reaching overhaul of Zoom’s onboarding practices. The old way of doing things was blown out of the water by Covid. “We used to fly an entire class of new hires to San Jose” – where Zoom is headquartered – “or Denver,” she recalls, “whether they were coming from San Jose or Sydney, Australia. Everybody came in, and that class got indoctrinated together for a whole week on everything from HR policies to how you talk about the product if you’re in an elevator, to deep dives for the salespeople.”

The new process is radically different. “We condensed all that to a one-day experience that was all virtual,” says Oldham. (Additional training is still provided for salespeople.) Critically, the focus changed too – with a new approach rooted in the company’s values, especially the value of care.

“This one day is all about care and delivering happiness,” Oldham explains. Exercises prompt recruits to think and talk about times in their lives when they’ve delivered happiness and what it looks like. “You get to talk about that, relive those moments, and then figure out together, how does that look when you consume it? What does it feel like?” It’s a radically different approach. “You’re talking from your heart, not your head,” Oldham tells me: “it’s a very emotive experience.”

And it has a simple – profoundly powerful – aim. “We want to ensure that the new hires know, with every ounce of their being, that they joined the right company. That’s our objective. That’s really all we want to achieve in that day.”

The value of care also informed one of Zoom’s most important areas of work during the pandemic: its support for schools. “As schools were shutting down,” recalls Oldham, “we realized that we had the tool to keep them connected.” The company has supported about 125,000 schools across 25 countries.

It is clear that Zoom made this work a priority. Oldham admits that for her, as for so many employees, it was personal. “I have grandkids – five of them – and I know they were all affected by closures,” she says. “I could see the impact of continuing to learn.” The work with schools was hugely motivational and energizing for Zoom employees. “It’s how we kept people engaged and excited and working hard – we could see the difference we were making in the world, especially to these children.”

Zoom could also see the difference its tools were making to how people worked – because they were going through the same transition to remote working. “We were about 15% remote,” says Oldham. “The first thing we had to do was turn ourselves into a full-on remote company, just like everybody else.”

One of the defining features of the new work landscape is going to be the role played by remote and hybrid work, and how effectively it is implemented. A 2021 study by Microsoft described hybrid work as the “next big disruption” but warned that leaders are “out of touch with employees and need a wake-up call”. Microsoft found that 61% of leaders said they were thriving, compared to 38% of those without decision-making authority, who were left feeling disconnected as a result of losing opportunities for impromptu encounters with colleagues and with their leaders.

Oldham recognizes the challenge. “I call that osmosis learning,” says Oldham. “I think there’s a way to do that, but companies have to think about it harder than they did before – it’s not so obvious as walking down the hall,” she says. “I don’t think it’s one size fits all. We all have to think about it in our own way.”

Zoom has extended the principle of tailoring hybrid work to the level of an individual’s needs. “We’re going to strategically mix remote and in-office,” says Oldham. “The in-office will be centred around collaboration and socialization.” The approach is still taking shape – “we’re experimenting right now”, she says – but there is a simple foundation for the approach: “We have to be radically flexible and ensure that we’re giving employees choice. If we don’t, people are going to vote with their feet.”

Radical flexibility means giving employees control over the mix of remote and in-office work that suits them. “They pick – they don’t want us to pick.” Currently, just 1% of Zoom’s employees want to be in the office full time; over half want some degree of hybrid work, while the rest want to be fully remote. Employees feel strongly about having control, admits Oldham. And what’s more, they’ve shown that hybrid work works. “They’re enjoying the balance that they’ve been able to have between their personal life and their work life, and they don’t want to give it up. And quite frankly, during this pandemic, they’ve been super productive. No one has felt that we have anything less than happy, productive employees – so we don’t see a need to go back to how things used to be.”

As a result, leaders will have to think differently about when and how people gather in person. The traditional off-site session will no longer happen in a hotel, says Oldham – instead, the team will gather in the office, which will be “transformed into more of a hotel kind of place where we can meet casually and brainstorm”. After the session, a team can return to its virtual environment: a whiteboard created during the team session could be worked on seamlessly, enabling asynchronous working to take ideas forward. It’s the shape of the future.

One eye on the future

After such a period of stratospheric growth, what does the future hold for Zoom as a business? The company’s second decade is set to be significantly different to its first. “We are not just a product anymore,” says Oldham. “We’re a platform.”

The Zoom App Marketplace now hosts more than 1,500 tools to support productivity and collaboration, such as work-scheduling tool Asana and micro-feedback tool Dot Collector. The recent addition of a Smart Gallery function is designed to support hybrid working, by helping create better meetings between team members who are together in one room and colleagues who are remote. It’s added real-time transcription to help with note-taking, plus automated translation, where its capabilities have been boosted by the recent acquisition of Germany-based machine translation firm Kites. “If you’re speaking one language and I’m speaking another, we can actually break down barriers and talk to one another,” says Oldham.

For leaders, one of the most important lessons of the pandemic is that they need to spend more time thinking about the future – much more. “We should really be looking as much as we can around corners and imagining the unimaginable”, argues Oldham. “Maybe we could have been slightly better prepared for this as a workforce. I’m not sure any of us really thought something like this could have happened. We definitely need to be more predictive.”

She draws a comparison with financial services – a sector she knows well after nine years with BNP Paribas – where disaster recovery scenarios are used widely. “We never thought they’d come true, but we did them anyway because we wanted to be prepared.” Such exercises don’t have to be premised on disaster, she suggests, to make a big difference to a company’s ability to adapt when disruption hits. “It’s about asking, what else could happen? What’s coming around the corner?”

It’s a critical challenge. Leaders everywhere are still working through the implications of the pandemic for the future of work. Most still have a long way to go to make hybrid work a truly effective part of the mix. It feels like the future has already arrived – but the next big disruption may already be just around the corner.