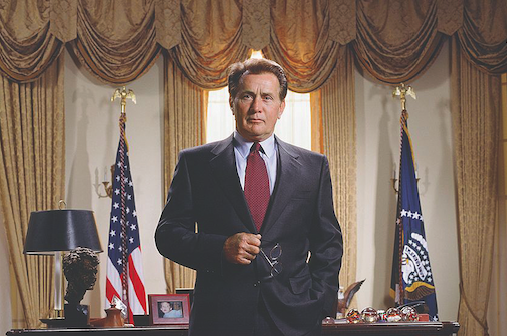 We have to move beyond the Hollywood version of how to lead strategic change, writes Elsbeth Johnson

Over the years, a clichéd vision of leadership has become established which is especially popular when it comes to how we lead change. We see it everywhere – from The West Wing and The Apprentice, to chief executives’ memoirs and MBA case studies. In this Hollywood-style version of leadership, an organization that needs to make fundamental changes finds a leader who is charismatic, who can evangelize for the change he believes the firm needs, and who can motivate people to follow him. (And by the way, it is usually a ‘him’.) The guy is a rock-star.

The problem with this story is not the things this leader is doing. The problem is the things it leaves out – the other things that leaders need to do, and pay attention to, if they are to lead change that not only gets done, but is sustained without the need for their ongoing personal involvement.

So, why is it that leaders continue to believe that the charismatic, rock-star type of leadership is all they need when it comes to leading change? Having worked with hundreds of leaders as they decide on and then try to lead their change efforts, it is clear to me that many of them labour under what I call the Four Delusions of Leadership.

These delusions are, unfortunately, reinforced by much of the existing research on change, which often only investigates the initial stages of a change effort rather than the long term, and only collects data on what leaders say they did during the change, rather than on what followers say they needed. It’s time to challenge these leadership delusions because, for as long as they continue, they will limit leaders’ thinking about what it takes to lead successful, sustainable change. 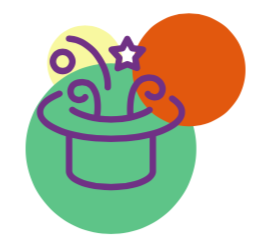 The first delusion is the belief that the secret to making change happen lies in the heroic, personal magic of the leader: their charisma and their ability to charm and inspire followers. This has found support in some well-known change models which claim that charismatic, or transformational, leadership is needed to deliver transformational change.

But the Magic Delusion causes real issues for leaders and the change they’re looking to deliver. If leaders believe their personal ‘magic’ is all it takes to fundamentally change a business, the chances are they will devote too little time and attention to the part played by others – and to the less magical and more instrumental parts of leading a change effort, like budgets, roles and key performance indicators (KPIs). The lesson for leaders? It’s less about the magic and more about the mundane.

By all means, be charismatic and inspiring; tell people you believe in the change and that you’re there to support them. But then make sure you also sweat the boring details that will set them up to succeed. Worry about the organizational chart and the new roles everyone will need to play in the change. And pay attention to the KPIs and metrics so that everyone knows how they’ll be measured and rewarded for their efforts. That means your personal magic won’t be needed as much to keep the change going in its later stages. 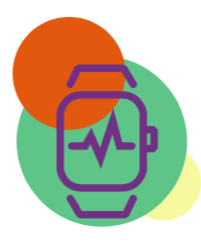 The second delusion is the Activity Delusion: the belief that leading change is all about getting activities going as quickly as possible, thereby creating early momentum through that very familiar phrase, ‘quick wins’.

Tempting though it is to prove the value of the change by getting some quick wins up and running, the early activities that are chosen in organizations which succumb to the Activity Delusion often do long-term harm to the change effort. That’s because they focus time, attention and resources on relatively speedy improvements, which are in fact cosmetic and have little lasting impact, rather than on the longer-dated, more fundamental improvements that strategic change actually requires. The lesson? It’s not about activities, it’s about outcomes.

In other words, leaders need to work on specifying what will improve as a result of the new strategy. What outcomes will get better, by how much, and by when? It’s only when leaders have been clear about the outcomes being targeted that managers can make smart decisions about which activities to work on.

The Drama Delusion is closely related to both the Activity and the Magic Delusions – often because the same leaders seem to suffer from both of them. But whereas the Magic Delusion is about believing that your own personal charisma can push the change forward, and the Activity Delusion tells you to get some projects started regardless of their long-term value, the Drama Delusion is the belief that change is inherently fast, exciting, action-packed and risky. 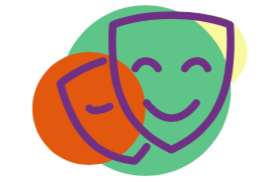 There are two problems with this. The first is that leaders expect, and signal to others, that a new strategy or change should happen quickly: they have little patience for change that takes too long. This means they often focus too little on the elements of the change program that will take the most time, even when these are usually the areas that will have the most fundamental and longest-lasting impact.

The second problem is that leaders who believe that change inherently entails drama, or even requires it, tend to eschew the use of routines that help change to ‘bed down’, and pay too little attention to the new processes and ways of working that need to be developed. The lesson for leaders: change isn’t fast, it’s slow. It’s less about drama and more about routine. That’s firstly because the reality of a strategic change effort is that it will take time. That’s just the nature of the beast. And it’s only when managers feel that they have the time needed to make a meaningful difference that they will invest in the deep, fundamental, long-dated work on systems and capabilities that is needed, rather than defaulting to those cosmetic ‘quick wins’.

Secondly, if change is going to stick, then it needs to be baked into the everyday processes, habits and routines of the business and its people. For a while at least, these need to be stable and unchanging, producing value for the business without the need for further change or another new strategy. That is how to make your change the new routine, rather than just another change initiative that didn’t work.

The fourth and final delusion is the Agency Delusion. Agency is the capacity of individuals to make decisions and then enact those decisions. Leaders infected by the Agency Delusion believe that it is people alone who make change happen, with no help required from the structure of the organization; if change is slow to happen, it must be because people are resisting. 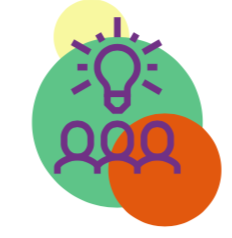 In some ways, the Agency Delusion is just a larger version of the Magic Delusion. But it deserves to be seen as separate because the damage it can do to organizations is much greater and far-reaching. While the Magic Delusion can be cured by leaders saying, “Of course, it’s not just about me, it’s about everyone in the organization”, that still isn’t quite enough to optimize the organization. Leaders need to admit that sustainable change isn’t created just by the effort, willpower or resilience of people, but rather by people using their efforts to change the structures of the organization.

That structure includes those elements of an organization that aren’t dependent on new, conscious effort by particular individuals to make them happen. Some of these elements are what we might call ‘hard’ structure – things like processes, KPIs, decision-rights and dashboards. But the other parts of an organization’s structure are what we might call ‘soft’ or even ‘social’ structure, the best example being the organization’s culture. Whether soft or hard, structure means that getting stuff done in the organization doesn’t require a person, whether a leader or a follower, to make a new, wilful decision every morning to make it happen. It just happens.

The lesson for leaders? Leading change is not just about ‘fixing’ the people: it’s about re-making the whole system, of which structure is a critical part. Indeed, my research tells us that if any of the elements which make up the system of the organization – that is, people and structure – are not changed to help support the new direction, then existing structures will slowly defeat the change.

The reason is simple: the current structures require no new input from individuals to make them work. They just work. Until they are changed to support the new approach, they will work to deliver the old strategy or way of doing things. Meanwhile, the new strategy or change needs regular, active input from individuals to push it forward. Quite simply, the system can’t work properly without change to the structures. Despite people’s best efforts, willpower and resilience, the old structure will win out – and the new strategy will die.

The alternative is for leaders to use their positional power to change the structures of their organization so that they reinforce and embed the change. If you can reshape the culture of the organization, as well as its habits and systems, then not only does the change happen with less individual, agentic effort; it is also much more likely to be sustained. Achieve this, and the structures and systems of the organization will be able to do the heavy lifting for you.

The Four Delusions of Leadership remain sub-conscious in the minds of many of the leaders I work with, but they can have deeply pernicious effects. It is only by identifying them, and then by working to combat them, that we will reconceive what it takes to lead strategic change effectively. By doing so, we can massively increase the chances of our change efforts making a lasting impact on the businesses we run.

— Dr. Elsbeth Johnson is a senior lecturer at MIT’s Sloan School of Management and the author of Step Up, Step Back: How to Really Deliver Strategic Change in Your Organization (Bloomsbury, 2020).