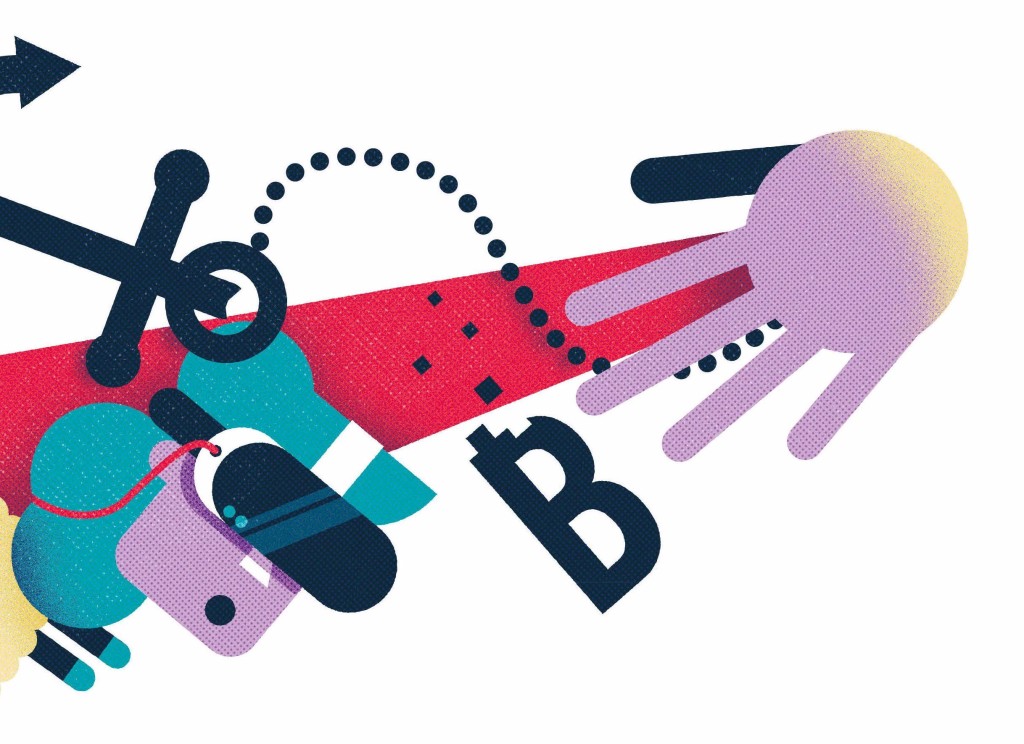 Unconscious biases and assumptions can lead you to make poor decisions without even realizing it.

Netflix, Hulu, HBO Go: these and other online streaming platforms are where the vast majority of us now find entertainment for a relaxing night in. Given the plethora of movie and TV options available from the comfort of our couches, few of us even give a thought to these streaming services’ predecessors, video rental shops. While these were once commonplace on Western high streets, the concept of going out to select a movie to rent, then having to trudge back to the store a day or so later to return it, now seems faintly absurd. Digital technology soon saw to that.

Now cast your mind back to the early 2000s. In those dark days, soggy Saturday afternoons spent trawling through a limited range of rental DVDs were still normal. Streaming video, meanwhile, was rare. Blockbuster, the video-shop market leader, had a chance to buy the – then nascent – Netflix for $50 million. Despite frequent approaches from the streaming service – which craved Blockbuster’s wide range of films – Blockbuster repeatedly refused. The rest is history. Blockbuster filed for bankruptcy in 2010, having lost more than $1 billion. By that point, Netflix’s valuation had risen to a cool $13 billion.

Blockbuster’s decision not to buy Netflix at the turn of the millennium ranks as one of the worst business calls of all time. It is also a classic example of status quo bias – assuming the current situation will endure and therefore being resistant to making even small bets on change. Students of leadership should take careful note: nobody is impervious to bias, not even the decorated, multimillionaire businesspeople that lead the world’s most popular brands.

For their book Freestyle Decision Making, Drs Mona and Ari Riabacke set out to discover the key influences – environmental, social and biological – that trigger bias and prevent leaders from making cool, clear, dispassionate decisions. If leaders can identify what is affecting and biasing their thinking they are more likely to be able to shrug off those forces. “It’s crucial, because otherwise their organization’s future is in the hands of ‘hidden forces’ – their biases,” Mona Riabacke tells Dialogue. “It’s important that leaders acquire awareness of what triggers people to act as they do when they make decisions. Today, many companies seem to believe that it’s all about acquiring more information and better technology. However, in many cases, the most important building block contributing to the resolution of decisions – the human being– is more or less totally forgotten. Gaining an understanding of our biases is a crucial component to improve our decision-making. Leaders should take a step back to move forward.” 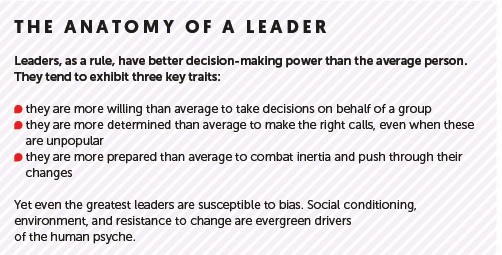 The six shades of bias

Halt – hungry, angry, lonely, tired. Stands to reason, doesn’t it? Be honest with yourself. If your state of mind falls into any of the four above categories, leave the decision for another day. You are simply not up to making a call. One of the paradoxes of modern business life is that company cultures and regulatory pressures can make it less likely that executives are in the sort of mental shape needed to make decisions. “The constant grind of the short term and the operational, and focusing on regulatory issues, can cause people to think constantly about the day-to-day,” says Camelia Ram, a consultant with Decision Strategies International who specializes in improving decision-making processes in financial services organizations. “Some people are asked to tick all these boxes – and therefore do not have the time or energy to step back. It’s important that companies recognize that intense focus on the day-to-day is likely to significantly reduce their power to think strategically.”

Solution: There’s a common British English idiom that is instructive here: “Sleep on it.” Defer your decision making until you feel fresher.

Think collaborative working is better than individual endeavour? You might be wrong. Studies have shown that ‘herd instinct’ can kick in during group-working exercises. Human beings are social animals and most have an instinctive preference for conformity.

Solution: In some cases, setting different individuals the same challenge, then identifying the single best, or blended, solution may give you a wider – and better – range of options than working by committee (see case study, p41). “The rewards of collective wisdom are seldom reaped if group members have been influenced by one another – which is generally the case,” the book Freestyle Decision Making says.

Fear of failure is likely to stop you taking any risk, and sometimes prevents you from making any decision at all. In a recent interview with British newspaper The Observer, three Michelin-starred chef Heston Blumenthal warns that fear of being unsuccessful destroys ambition. “All these ideas of success and failure just equal fear of failure,” the culinary innovator says. “It’s judgment of others and blame of others. It restricts creativity. The opposite of failure is discovery. Failure is an opportunity to learn.”

Is this a British disease? “Geographically that is to some extent true,” says Ram, who has worked on both sides of the Atlantic. “But, in my firm we do encourage that learning culture. I think it comes down to organization culture. Obviously, there will be a geographical element, but it’s about how you engender that feeling that we don’t know – and we won’t know unless we try, so we are going to find a way to fail fast, and fail cheaply.”

Solution: Encourage small gambits to test new avenues and to build confidence in change. “Unless we give it a go how will we know whether we should invest more in a certain product, for example?” says Ram. “What you can do is make small bets and retain optionality until it is clearer to you how to go forward.”

Human beings are programmed to make judgments on situations and circumstances to which they can relate, that are – or at least seem – real. There’s an instructive passage in Freestyle Decision Making about a variant on the Wason Test, a logical exercise you can find online. Only 25% of Stanford students passed the test when letters and numbers were used. Yet when the test was recast so they were given the quasi-real-life responsibility of being a bartender deciding to whom to serve alcohol, their scores improved massively.

Solution: Make storytelling a core part of your business. “One of the core techniques that we use at DSI is scenario-based planning,” says Ram. “We encourage executives to create stories about the very different paths that may emerge based on the environment in which they operate. We encourage them to ask themselves what a killer competitor looks like in this world. What are our strengths and weaknesses relative to that competitor? They then do that for at least three different scenarios and can look across those very different worlds. Through that process they get a clearer picture of what it is that will absolutely work given the complexities. And they also learn those areas where their knowledge is weaker, and where incremental investments are needed to test the waters.” 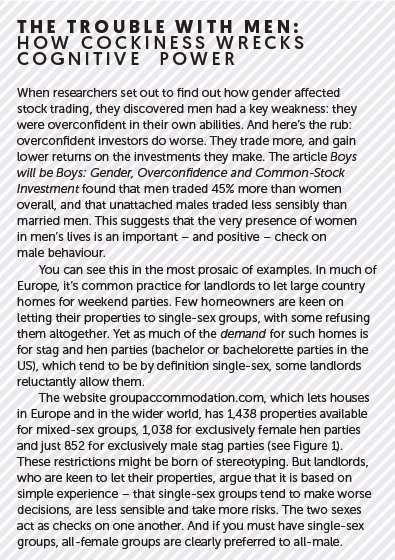 A fascinating research study examined the public response to subscription rates to journal The Economist. The alternatives were:

a)  $59 a year for an online-only subscription

Some 16% chose option a – online only. The remaining 84% went for option c. No surprise, you might say; what sort of fool would pay the same rate for print only as for the full package? But here’s the rub: when the publisher removed option b, 68% chose the cheapest option and demand for the full package – the sale the publisher most favoured – slumped. Economist readers are fairly intelligent people. Yet this demonstrated that irrelevant information – in this case the obviously lousy option b – can have a huge influence on our decision making.

Solution: Separate the wheat from the chaff. As well as collating information, have an analyst check it before distributing it to your team. The key role of the analyst is to remove useless or irrelevant data: don’t assume your executives will make the distinction themselves. 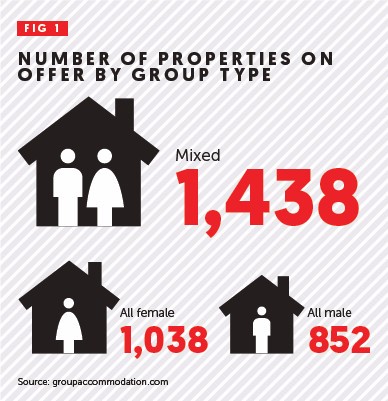 Inertia is a powerful force. Organizations have a strong bias for standing still – to move is to change, and change is often perceived as a risk. Yet, too rarely, the often substantial risk of remaining stationary isn’t properly considered. “To some extent, status quo bias is related to groupthink bias and information overload,” says Ram. “You are slow to act because you are mired in information or you are not sure about timing. So you stay too long in a certain position without making a move at the right time, or without making a small bet.”

Solution: Incentivize and praise those who are willing to explore new avenues, whether successful or not. Encourage a culture of experimentation.