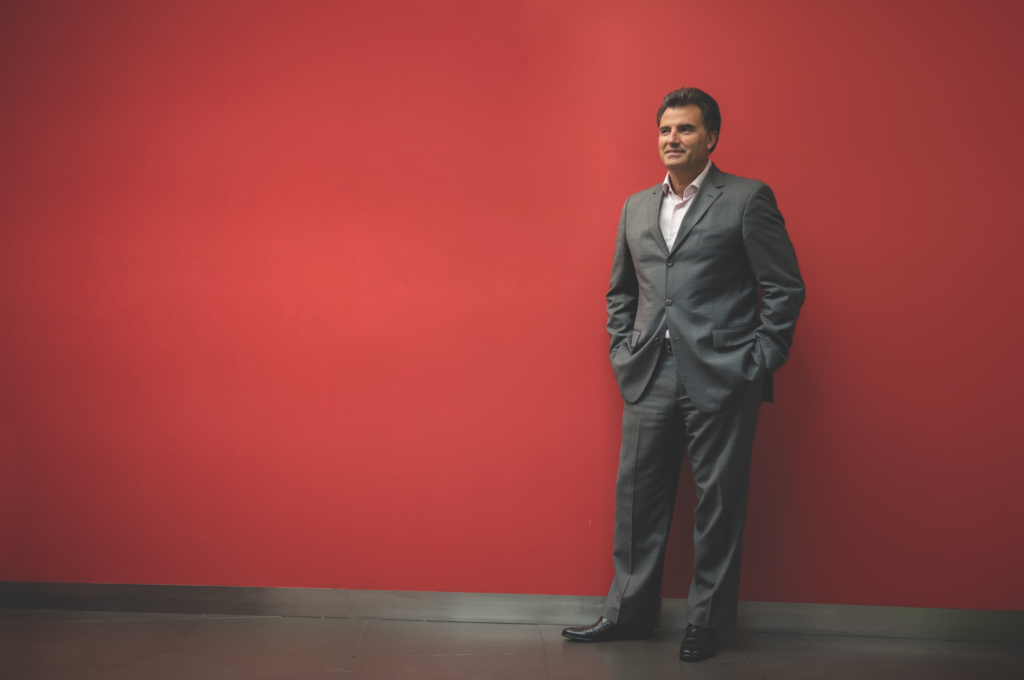 Horacio Genolet, Ogilvy & Mather’s head of Latin America, knows that the best way to lead creatives is to attract the best people – and then get out of their way.

When it comes to good leadership advice, sometimes it’s best to stick with the classics. “If there is anything that a man can do well, I say let him do it,” said the great reforming US president and ultimate leadership guru Abraham Lincoln. “Give him a chance.”

Lincoln made America great with his ‘team of rivals’. He forged a road to the abolition of slavery and victory in the American Civil War by hiring people that had once opposed him politically. Some considered his recruitment of four opponents for the Republican nomination a recipe for disaster. In fact, by harnessing their talents in government, it brought the 16th president of the United States outstanding success.

Lincoln’s theory ran that the key to organizational excellence is to find the best person for the job, then have them lead it. “We need the strongest men of the party in the Cabinet,” he said. “We needed to hold our own people together. I had looked the party over and concluded that these were the very strongest men. Then I had no right to deprive the country of their services.”

Lincoln’s thinking came centuries before its time. Today’s most effective companies, freed from the strictures of inflexible hierarchies, follow a similar system. Find expertise, and harness it. Don’t second guess it. Identify the best at every key discipline and have them run it. Get out of their way.

Ogilvy & Mather LatAm has taken the model, and developed it to whole nations. Its chief executive, Horacio Genolet, is charged with bringing 22 nations, 50 offices and 1,400 employees together.

Appointed LatAm chief executive in November 2016, Genolet first worked for Ogilvy & Mather in 1993 from his native Argentina, as an account supervisor. He left to join Telecom Group, Argentina’s largest telephone company, later taking a job at the media company Carat.

Yet the lure of Ogilvy & Mather was too strong, and he returned in 2004 to stage a rapid rise from VP client services to managing director of Ogilvy & Mather Miami, and chief customer officer of Ogilvy & Mather Mexico. He landed the chief executive’s job in Mexico in 2011, before being promoted, last year, to spearhead the whole group. Mexican Leaders magazine has named him in its top 300 most influential Mexican leaders list for the last four years.

Individual professional success can sometimes lead to hierarchical leadership. ‘Hero syndrome’ leads chief executives to concentrate all decision-making and creative-power in their own hands. Not in Genolet’s case.

Genolet avoids centralization in favour of different territories leading the whole group in their areas of strength. “We understand that each region has different needs – but also different capabilities,” he tells Dialogue. The key for Genolet is that, like Lincoln’s rivals, those regions that have a skills advantage in any given area are given the freedom to spearhead operations and strategy in those areas.

“We have a global strategy but also recognize that we need to adapt and exploit the different talents that we have,” he says. “We are in the middle of a transformation process. So we identify champions and let them lead the transformation.

“We want to share the talent that we have in each different cluster. In the Mexican cluster, we have a strong capability in social media. In Brazil, we are strong in other digital media. It’s a network that we can exploit for our teams and for our clients in different clusters and different markets.”

While differences between the regions and their lieutenants are celebrated – even exploited – their linguistic similarities hold the group together like social glue. “We have cultural differences for sure,” says Genolet. “But we have something for me that is an advantage. That’s our shared language. All the markets in LatAm – except Brazil – speak Spanish. It is a little thing, perhaps, but my colleagues in Asia have 50 languages to handle, my colleagues in Europe, 15. We have one thing that unifies us. The Spanish language. It is a simple thing, but it really works.”

Mexico is strong in social media, so much of Ogilvy & Mather LatAm’s social media strategy is derived from its expertise and experiences. Certainly, the office has been at the forefront of using the Niagara of digital dialogue across Mexico to shape powerful campaigns. “We have a very large social media listening centre in Mexico,” he tells Dialogue. “One of the most creative things we did was related to Donald Trump and what he was saying about Mexico and Mexican people before he was elected US president.”

In was an ingenious – and incredibly powerful – campaign. Ogilvy & Mather captured social media feedback on Trump’s rhetoric about building a giant barrier wall on the border line between the US and Mexico. “Many of the positive comments about Mexicans came from the American people,” says Genolet. The result was a one-minute ad that asked what good has ever come from hard borders and social division.

The story is told in short black-and-white video clips that range from children putting their fingers through the border fence, to thin kids flushing a plump schoolmate’s head in the lavatory. It’s easy to get carried along, thinking it is the work of a charity, or a broadcast for a pro-immigration political party. The punchline comes at the end. It’s for airline Aeromexico. La linea que nos une. The line that unites us.

“The campaign was based on insights we saw in social media,” says Genolet. “We are the only agency that is creating really innovative content based on what we find in the social media arena.”

The power of innovation

Creativity is important to Genolet. He says he would rather be the agency with the best ideas than be the biggest. “The most important metric for us was not to be the number one agency, but to be recognised as the most innovative and most integrated agency in the market,” he says.

Before graduating to chief executive of LatAm, when heading up the Mexican operation, his patriotism for his adopted country led him to drive the country forward as president of The Mexican Association of Advertising Agencies. “My aim was to bring forward creativity in Mexico as a whole,” he says.

He now considers it a “monster”, thanks to its booming economy and smartphone penetration. “It’s a monster in a most positive way!” he says. “This is because of its high potential to continue growing. Coca-Cola Mexico is now the second-biggest Coca-Cola territory in the world. American Express Mexico is their second-biggest territory. Mexico is one of the most active communities in the world in terms of Facebook and Twitter. Mexico has 120 million cellphones. Some people here have two or three active cellphones. And it’s rising, year-on-year.”

Ogilvy & Mather’s success in Mexico and the LatAm region is in part due to the boom in the twin monsters of Mexico and Brazil. “Our industry is fully aligned with their economic performance,” he says. And yet, despite Ogilvy & Mather’s various world regions shaping strategy, there remains a global goal. “We are much more client-centric, we will do much more than basic tracking of clients’ needs,” he says. “Sometimes this will involve listening more to social media, sometimes more focus on shopper activity. It’s an important change. We have influence and we track the way that they are working. It is a key element of our client-centred strategy. We are focused on our top clients on a global level and at a local level. We deliver digital media solutions for our clients. We try to build in what our clients need.”

The ‘team of rivals’ approach should roll on, and grow. Far from being threatened by bringing the world’s supreme marketers into the agency, Genolet wants to offer champagne at the gates. “The big goal is to bring the best talent into the region,” he says. “We need to understand how to attract and keep the best talent.”Once he has the best people, you sense that Genolet will get out of their way and let them succeed. Abraham Lincoln might have approved.