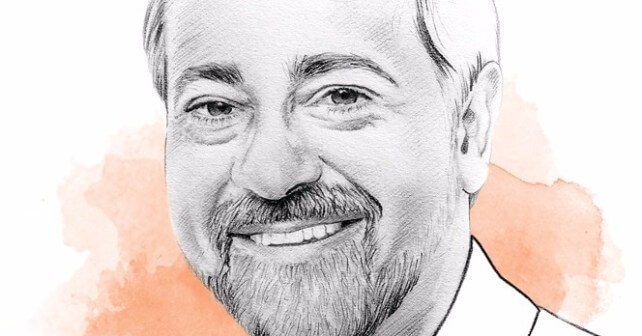 Vivek Wadhwa examines the strange death of the market.

Competition is for losers. So says PayPal co-founder Peter Thiel. Thiel implies that 18th-century Scottish economist Adam Smith was wrong: that rather than being the foundation of capitalism, competition is its antithesis, because “capitalism is premised on the accumulation of capital, but under perfect competition, all profits get competed away.”

Thiel’s views are popular in Silicon Valley. Big Tech likes monopolies. To channel Thiel, why share the pie when you can eat it all by yourself? This murder of capitalism is happening in plain sight. Big Tech is creating fields of play where they are the only entrant, and therefore the sure-fire winner. Platforms like Amazon and iTunes shackle users to a single market owned by a solitary proprietor.

Platforms work like a shopping mall. Think of the way your local mall works – the owner takes care of the mundane day-to-day stuff like maintenance and upkeep of the facilities, so tenants can focus on the serious business of selling their goods. Renters benefit from the passing trade of customers who came in for something else, and the owner gains invaluable intelligence about his tenants’ sales. It all works just fine – until that mall becomes so popular and powerful that it wipes out every other mall in a 20-mile radius. Now the owner can supercharge his rents and cut back on his service. The tenants have little choice but to accept the new conditions if they want to sell their product.

It gets worse. The market intelligence gained by the mall-owner becomes a brutally anticompetitive tool if he then goes into production himself. He learns about the products that sell the best and command the highest margins, then emulates them. This is the model Amazon has adopted with its Basics range in the US and other territories.

The tech giants’ onward march has completely outpaced their notional political masters. Monopolists are prone to argue that the regulator provides their competition. Yet US lawmakers neither understand the technology nor grasp the sector’s underlying market dynamics. Such weak competition is no competition at all.

There are some glimpses of light. India is taking steps to limit monopolistic practices. Its new e-commerce laws will inhibit Amazon’s ability to import its emulation model into the subcontinent. Preventing this closed shop – where landlord and salesman are one and the same – is at the heart of India’s regulatory fightback. “The idea,” says antitrust lawyer Lina Khan, “is you can either run the marketplace or sell your goods on the marketplace – not both.”

The Indian model might indicate the way forward. When Smith extolled the virtues of capitalism, he never envisaged a single operator capturing market share on the scale that Amazon has in the US.

The online retailer – once, forgettably, a bookseller – now commands almost half of all e-commerce revenue in America. It has used its success in one industry to dominate another, willing to forgo profits and use its advantages in shipping and warehouse infrastructure to kill off the competition.

As Khan wrote in the Yale Law Journal, Amazon’s practices resemble those of the all-powerful railway barons of old. Independent businesses that use Amazon’s ‘track’ are becoming dependent – almost parasitic – on their biggest competitor.

It remains rare for the world’s greatest economy to be behind the curve in the protection of capitalist principles. Yet that is the sad truth with Big Tech. US policymakers need to go back to school and learn about the industry they are charged with regulating. They have a job to restore American capitalism before it crumbles on the altar of Big Tech.

Smith called competition the invisible hand that makes capitalism work. His dream is being undone by the dead hand of monopoly.

Vivek Wadhwa is distinguished fellow at Carnegie Mellon University’s College of Engineering and author of Your Happiness Was Hacked.