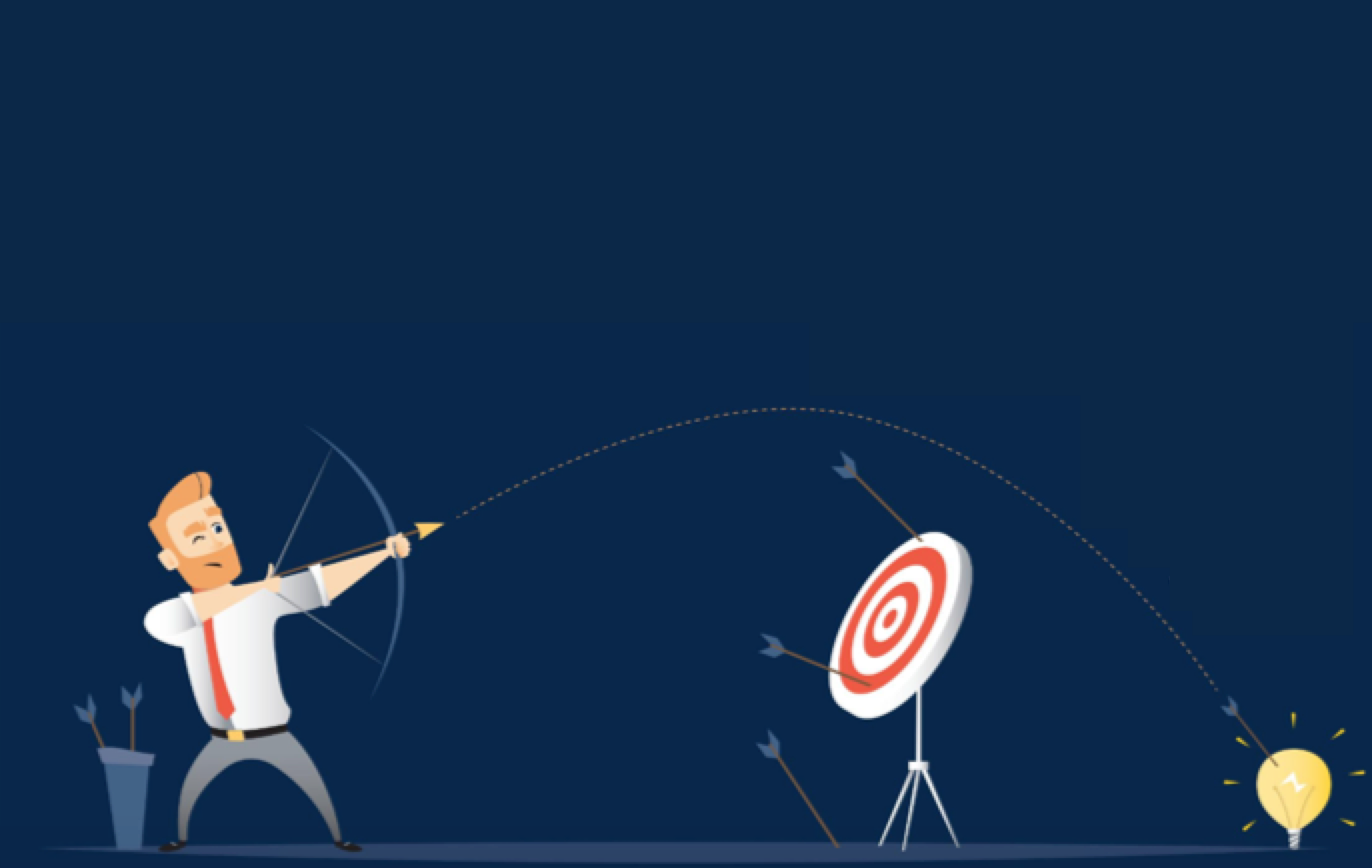 Contrary to many leaders’ perfectionist impulses, creating cultures where failure is acceptable is important for fostering agility and tolerance for ambiguity.

Failure is such a trendy topic today that you can even take a class on it in many of the world’s top business schools. Most of the business world has come to the consensus that failure is an inevitable byproduct of any attempts to innovate, and thus should be tolerated – if not outright encouraged. Researchers have found that failure can foster innovation at every level, ranging from tiny, incremental changes to disruptive innovations that change entire value propositions or business models themselves.

However, when we are interacting with executives and the topic of failure is raised, the question that inevitably arises is, “How can we make failure acceptable in our culture?” We propose a three-part answer.

These questions are predicated on the notion that reasonable failure that furthers an organizational goal or strategy (e.g. customer centricity, cost leadership, technical mastery) is generally good. It is a source of learning. Failure that does not further an organizational goal is a waste of organizational time and energy. This implies that the company has formulated a highly relevant, inspiring and guiding vision, as well as clear strategic priorities, both of which are broadly understood. Note that this isn’t as widespread as is often assumed. But, as long as this prerequisite is met, then the first question leaders need to ask is:

Is there learning that will come from this endeavour  – which may fail – that is valuable to the goal?

If the answer is yes, the leader asks the second question:

Who bears the consequences of the failure, and is that acceptable?

If the answer is acceptable, the leader asks the third question:

Is the cost/benefit trade-off of this failure acceptable?

Earlier, we used the term “reasonable failure” intentionally. A failure that significantly harms a company’s reputation (such as Volkswagen, which in 2015 admitted cheating emissions tests in the US) or wipes out its entire cash and credit reserves (the Royal Bank of Scotland 2008 crash) is not reasonable. Leaders need to help their people to conduct a cost/benefit analysis to decide if the costs of failure are less than the benefits from the learning that will occur. This type of analysis should be conducted early in the risk-taking process, and repeated as new information becomes available.

By asking all three of these questions, a leader can be sure that potential failures are
(1) sources of strategically-relevant learning,
(2) fair (in terms of risk vs reward), and
(3) good investments.

Running toward opportunity, ambiguity and risk

Good leaders of innovative organizations are like action hero Indiana Jones. They run toward opportunity, ambiguity and risk. Consider the investments currently being made in autonomous driving by companies with no experience in the automotive sector, such as Google or Uber. The question is thus, “How do these leaders get their people to do the same?”

While there are numerous things leaders do to encourage this behaviour, we argue that the most important is going into ‘learning leadership mode’. In this mode, a leader acknowledges that he or she does not have the answers, and needs the collective intelligence of the team in order to find them. The leader also expands the team in order to expand the collective intelligence. This is done by being inclusive and listening – another example of the power of emotional, or social, intelligence. Good leaders should also design their teams to be heterogeneous rather than homogeneous, to ensure a variety of perspectives and prevent conventional assumptions from dominating. A consequence of this leadership approach is that good leaders should have a strong dose of humility and never be fooled by the prestige of their hierarchical status. Another consequence is that leaders need to be highly resilient as collective intelligence requires patience and determination, and an ability to view the inevitable conflict that arises from different perspectives being voiced as a positive outcome.

We’ve observed a correlation between three traits and (1) the ability to ask the basic questions and (2) propel an organization toward opportunity, ambiguity and risk.

1. The ability to deal with ambiguity and uncertainty

Being comfortable with the things you are propelling your organization toward is helpful. Successful leaders of innovative organizations are generally at ease with a higher level of ambiguity and uncertainty than most individuals. Hervé Coyco, who transformed the passenger-tyre division of Michelin from a technology-driven organization into a technology- and customer loyalty-driven organization has said on more than one occasion, “I knew there was value to be unlocked in customer loyalty. I didn’t know how to unlock it or how much value there was, but I knew it was there.”

While other scholars have illustrated how positivity furthers change, we also see its role in getting others to run toward opportunity, ambiguity and risk. Positivity and its behavioural implications are critical to motivating employees to be willing to live in environments where failure is embraced as learning.

There are two best practices or behaviours that underpin positivity. The first is, don’t delve into the causes of a failure too soon. Soon after a failure, the people involved are likely to be feeling damaged, so wait until after they have recovered to learn from the failure (and ensure it doesn’t happen again). The second practice is to feel uncomfortable any time you have to say no. It is generally easier to say no, because often it means that you can play safe. However, a leader needs to understand the negative effect this can have on long-term employee motivation, and thus behaviour, and always feel uncomfortable saying no.

Positivity can be observed in leaders’ approaches to encouraging others to run toward opportunity, ambiguity and risk. Consider Ingvar Kamprad, the late founder of Ikea, who renounced his greatest lifetime mistake of associating with the Swedish far-right in the 1940s.

“Torbjorn Loof had spent days preparing his presentation for Ikea’s annual preview of new products. Back in the 1990s, product managers like himself would show off the latest ideas for flat-pack furniture and other accessories to Ingvar Kamprad, the company’s legendary founder.

“But after just two minutes of the full-day meeting, Kamprad piped up. “I’m sorry to interrupt you, but I want to change the agenda completely,” he told Loof and others present. “I only want to talk about all the mistakes you have made — it’s only through mistakes that you learn”…[Loof noted] “He [Kamprad] wanted to know who had made the biggest mistakes in Ikea. Sometimes there were prizes for those who had made the biggest.”

Many great leaders in history illustrate positivity urging their followers to accept hardship (the societal equivalent to failure) in the service of their optimistic visions of the future. Think about Churchill’s speeches during the darkest days of World War II; John F Kennedy’s during the Cold War; Martin Luther King Jr’s during the civil rights movement; Ronald Reagan’s when the US economy was stuck in stagflation and again, later, during the arms race with the Soviet Union. We would argue that positivity is essential for leaders of any type to lead through failure.

Learning agility can be defined as “a practical intelligence that enables an individual to learn in real time and transfer the learning to another situation”. Leaders must be able to acknowledge when they have failed, and be able to learn from that failure – to find something good in something bad. Failure is inevitable; what’s critical is the leader’s openness to it, willingness to fix what is broken and learn from the process. Leaders of innovative organizations are good at distilling the learning from failure – and success – into lessons for their people that both inform and motivate them. Randy White saw these traits again and again in his research for Breaking the Glass Ceiling and The Lessons of Experience.

It works like this. If you’re not afraid of failure, then it’s okay to talk about it. Because we are open with each other, we build mutual trust and I know that you care for me as a human being, not simply as a work cog producing outputs. That means it feels safe to perform alongside and with you – no blame or finger pointing. And because we see we are building something bigger together than we could alone, we focus on collaborating to achieve this, rather than competing. Whether a high-performing sports team (e.g. the New England Patriots, British Cycling or the New Zealand All Blacks), a 1960s NASA team of scientists in the space race, or the management of an innovative organization in Silicon Valley, these characteristics are essential. The military discovered this many years ago and described it as ‘organizational effectiveness’.

The role of the leader of an innovative organization must include helping people to learn and enabling them to take reasonable risks. They must help people to experiment. Innovation requires experimentation, which often ends in failure many times before success is achieved. When failure happens, the choice is whether to learn from it or to hide from it, covering up or laying the blame somewhere. If you can learn from failure, you’ll avoid making the same mistake twice, you’ll help others to avoid the mistake entirely, and you will be unafraid to continue to experiment. The real, pernicious failure is not the mistake, experiment or error itself – it’s when people and the organizations they work in do not learn. That’s why the example set by leadership is critical.