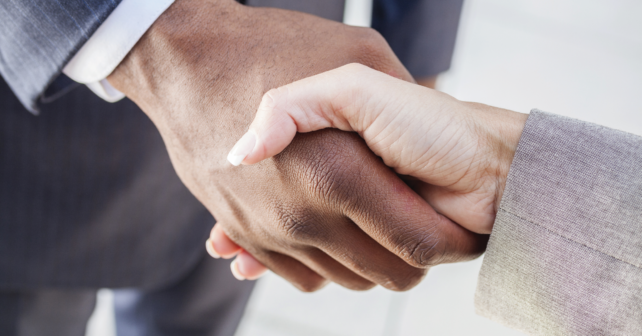 Integrity is one of the most important leadership attributes today, says Dean of Duke’s Fuqua School of Business, Bill Boulding.

I recently interviewed P&G chief executive David Taylor in a room full of Fuqua students. Just four years prior, we shared the same stage for a similar discussion on leadership. Though our surroundings were similar, the conversation had changed significantly.

Taylor moved from president of a P&G division to company chief executive during that time. He stepped into the role when expectations of chief executives had never been more demanding. The leader of a company now must not only ensure profitability and sustainability, but also publicly exemplify the brand and values of the company. Business leaders are increasingly faced with complicated decisions that go far beyond the bottom line.

I found myself asking Taylor questions about his role that I wouldn’t have even considered four years earlier. How does he navigate issues outside P&G which may impact his employees? How does he think about the power of his voice as a chief executive on a political or social issue? How does he bring different people together to work towards common goals during such a polarized time?

The changing role of business leadership demands we consider a new framework for how we think about it. It’s essential we acknowledge the shift in what’s required to be successful today. Why? Because I firmly believe business can be the transformational engine for the 21st century. It can solve some of the world’s toughest challenges, in ways that governments or NGOs can’t.

However, that kind of transformation demands leadership that can bring people together to work toward a common goal – which is increasingly challenging.

The evolving role of business leadership

As dean of a business school, I spend much of my time thinking about how the world is changing and how business education needs to adapt in order to prepare future business leaders to meet the big challenges.

We are fortunate at Duke that our faculty research can help students understand the new context in which leaders are operating. For example, Professor Aaron ‘Ronnie’ Chatterji has been studying CEO activism (the concept of chief executives speaking out about political or social issues), starting several years ago when a number of US states were considering religious freedom laws. He researched the impact on Apple, for example, when Tim Cook took a stance in 2015 against the Religious Freedom Restoration Act, an Indiana state law that allowed for discrimination against same-sex couples.

Since then, we’ve seen chief executives speak out with a more regular cadence in the US, particularly as sharp political divisions have driven more business leaders to take public positions on controversial topics at both the state and federal levels.

“Neutrality used to be admirable, but now, as more and more issues become political, to be in the middle can be seen as worse than taking a side,” Chatterji says. “CEOs are being forced to make binary decisions, a choice between 0 and 1. And if both sides are keeping score in a polarized environment, it’s really hard to maintain the middle.”

This challenge is not unique to US leaders. We’ve seen similar business outcry internationally, with Brexit in the United Kingdom, and in other parts of the world where a rise in nationalism is putting the case for globalism on the defensive.

These challenges have implications far beyond public perception. For example, employees can feel marginalized if they don’t think a leader supports them. Customers are sometimes demanding a leader speak out on an issue. Other customers are boycotting companies when a leader does speak out.

All of this can happen at lightning speed in the age of social media. A leader or company can be just one tweet away from a crisis involving any number of stakeholders, including employees, customers and shareholders. There is no playbook for leadership today, and action will always depend on circumstances. However, the leaders who succeed in this context have what I call ‘triple threat’ leadership capability. 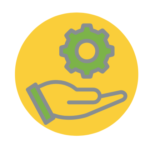 IQ Intelligence is probably the most obvious requirement for leadership. Let’s face it, nobody wants to follow someone who isn’t smart. Competency in business is essential to lead a company. 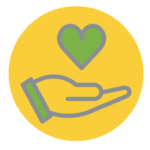 EQ Most managers are familiar with the concept of emotional intelligence, the awareness of emotions – both of others’, and of your own. It indicates a manager can understand how someone is feeling, can ‘read a room’ and act on that information. However, EQ doesn’t mean a leader’s actions take into account what is best for others. Emotional awareness and empathy don’t equate to integrity. EQ, like any leadership attribute, can be used to manipulate people for self-interest. 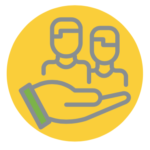 DQ Decency quotient goes a step further. DQ means that a leader has the genuine desire to do the right thing for employees and colleagues. DQ means wanting something positive for everyone in the workplace and ensuring everyone feels respected and valued. DQ is evident in a manager’s daily interactions with others, as well as in setting goals for the company that meet fiscal objectives and improve lives. DQ implies your focus is on doing right by others.

I first heard about DQ from Mastercard chief executive Ajay Banga, and the concept instantly resonated. Banga is passionate about a leader’s responsibility to care for employees, and told me: “IQ is really important. EQ is really important. What really matters to me is DQ.” He explained: “If you can bring your decency quotient to work every day you will make the company a lot of fun for people – and people will enjoy being there and doing the right thing.”

So is David Taylor, who champions the concept that “none of us is as smart as all of us.” Another example is Jeff Weiner, chief executive of LinkedIn. Weiner and his team have established a mission to “create economic opportunity for everybody in the global workforce”. There is no doubt that many people get jobs based on their network, and LinkedIn has a goal to give everyone that same ‘social capital’ by connecting them with mentors and opportunity through its platform.

Weiner personally believes in what he calls “compassionate leadership”. He openly talks about the importance of compassion at work, and understanding what people need to feel supported and valued. It doesn’t take long when talking with people who work with him at LinkedIn to realize that his approach has won hearts and minds at the company and beyond.

Which leads me to my next point – triple threat leaders have a competitive advantage, particularly with DQ.

DQ is a competitive advantage

Decency quotient has to start at the top. It’s essential that leaders and managers model this type of behaviour more than ever, because outside forces of polarization are working against us. The world feels like an ugly place for many people. It’s impossible for employees to check their feelings at the door, and naïve to think they can.

Leaders with DQ will better navigate what’s bleeding in from outside the office to instil a sense of common purpose and shared values at work. Employees will know the leader always has their best interest at heart. People want to work for decent people, and they will give those leaders their best. Decency is at its core a moral obligation, but it can also be key to a winning business strategy.

After all, there is much research linking diverse teams to innovation. However, there is one caveat. Everyone on a diverse team must feel like they are on the team. In other words, each member must bring his or her true selves and authentic best to work toward a common goal. People won’t do that if they don’t feel genuinely supported and valued, and when that’s the case, a team can quickly turn dysfunctional. The triple threat leader instils appreciation for difference through high DQ.

If a company is serious about decency in leaders and managers, they must be intentional about screening for decency in the hiring process. By the time most people start their careers, their values and moral compass have largely formed.

I applaud efforts by Weiner and others who have recognized the potential to help shape decency at a young age. Weiner started an effort called The Compassion Project, which helps teach and reinforce the importance of compassion in elementary schools. This is the right intervention at the right time in a child’s life and will help grow a new generation of decent leaders.

By the time people hit their twenties and are entering the workforce, their DQ is largely formed. That means you can’t leave hiring for decency to chance. I’m challenging companies to be intentional about factoring decency into the qualities they are actively assessing. After all, you can’t find what you aren’t looking for.

IQ is relatively easy to assess with quantitative testing and EQ can be assessed through scales that measure emotional intelligence. DQ is different, in that there is no instrument to quantify a decency rating – thus it requires effort and creativity to assess. Mastercard assesses DQ through a very robust interview process involving many people in the company who share a culture in which decency is valued and prized.

At Duke, we’ve made it no secret to prospective students that we are screening for IQ, EQ and DQ in our application process. We feel it’s essential we admit people who share our values and develop them to be the kind of leaders who can make business a force for good in the world.

Our application essay questions are designed to get at a candidate’s values. One of our questions is simply to write down 25 random facts about yourself. Collectively those facts reveal so much about a person. We also look for decency in our interview process. The result has been a community of future leaders who support, nurture and learn from each other during their time at Duke.

My hope is that DQ becomes as important as IQ and EQ in business. Workplaces will be happier and workforces healthier. Teams will be more productive and innovative because each member feels valued. However, I’d also suggest a higher calling for DQ in business.

We can make the world a better and more humane place.

If business becomes intentional about decency, it can become the healing force our world so badly needs. It can be the model for how people who are very different come together to work with common purpose. It can demonstrate respect and caring that transcends difference and polarization. It can solve some of the world’s toughest problems by uniting people to find solutions. But first, decency must win the day in business – one hire and one leader at a time.

— Bill Boulding is dean of Duke University’s Fuqua School of Business. An adapted version of this article appeared on the Dialogue Review website.