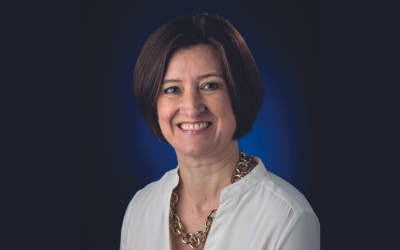 When you are landing a spacecraft on Mars, the final stage is the scariest. “We call it the last seven minutes of terror,” says Jane Datta, chief human capital officer at the National Aeronautics and Space Administration (NASA).

Perseverance, the state-of-the-art rover that is adding metric tonnes to our understanding of the Red Planet, is aptly named. It was through dogged determination, persistence and innovation that it was launched at the outset of the pandemic. When the going got tough, NASA got going. The rover launched from Cape Canaveral in July 2020, successfully negotiating those turbulent months – and final seven minutes of terror – to touchdown in February 2021. It was a timely reminder that humans can thrive in adversity. It was a rallying cry for modern science, a beacon in the darkness.

The launch and the touchdown won the headlines. Yet the extraordinary success of the project was seeded much earlier, when NASA itself had to remodel at speed, in response to the earthly threat of Covid-19. The headquartered organization of popular legend had to switch its sophisticated systems from its technical centres to its employees’ homes. There was minimal time, and Datta and the leadership team were at the controls. “It was fast – and it was hard,” she tells Dialogue. “But I think NASA is a very can-do type of organization. And it was clear – utterly unambiguous – that we needed to go remote to keep the workforce healthy and safe from the pandemic.”

Creating order out of chaos

Scientia potentia est – knowledge is power. Yet, in March 2020, information was scarce. NASA, like the rest of the world, was flying half-blind. “We knew less about the virus than we do now,” says Datta. “And we didn’t have vaccines and other options that we now have. But at that time, it was clear we needed to go remote. And one of the great things about NASA is that the leadership is people-focused.”

The leadership met as a group and resolved to evacuate NASA’s sites just a few months before Perseverance was due to launch. In short order, an organization that was 90% onsite became 90% offsite. “It was a combination of the can-do spirit of the unified voice of the leadership and the clarity of the need to act,” says Datta. “It was a really rapid shift – within a single pay period. And people still remember the last day they spent in the office – it was like time stopped!”

Was there seven minutes of terror – or seven hours, or seven days? “When we first dispersed, there was a sense of, ‘Oh, gosh. Now what?’” recalls Datta. “‘What do we do? How is this going to work?’ Schools and daycares were closing. It was a mess. People’s lives were turned upside down. They didn’t know how to respond. We ended up leveraging our leadership group to create some order out of chaos.”

When you move the quintessential all-hands-on-deck organization to remote-working, the challenges are profound. NASA’s leadership group faced questions ranging from how team members were going to communicate with each other, to issues over charging time when staffers were suddenly burdened with childcare responsibilities. “There were a lot of topics. We tackled each one of them,” says Datta.

It was a giant problem – but with a set of discrete problems underneath it? “Yes, and that’s very NASA-like, too,” she says. “We’re naturally very analytical – and we like to solve problems and run experiments, without even calling it that. We decided that’s how we needed to approach it.”

Even for NASA, an organization that achieves the impossible every day, this was uncharted territory. When you conduct operations from state-of-the-art space and research centres, your experience of a remote operation is near nil. How would they remain productive and innovative in this unknown world? “We didn’t know in advance how much of the work that we do every day was viable to continue in full when we were not there in person,” says Datta. “We had to find that out.”

The oft-forgotten truth of the so-called remote-working ‘revolution’ is that many workers are simply unable to work from home. Their job roles either inherently prohibit it, or they need such sophisticated equipment to perform their work that it is effectively impossible to do away from base. “Some things at NASA clearly fall into that category,” says Datta. “We’re reliant on technical facilities, and we had to prioritize how we could safely have people still working on those things, and then identify the things we could defer or delay. We did the maximum work that could be done remotely, but it was less than we would normally do if we had full access to all of our facilities and a complement of people onsite. We had to prioritize some of the work.”

Yet if necessity is the mother of invention, crisis is the mother of adoption. Several digital platforms had already been instigated by the chief information officer and were in testing and operation. What they lacked – until the pandemic hit – were users. “There wasn’t much adoption of it then,” recalls Datta. “Many were still using the old tools and meeting in person. We knew adoption was important so we focused on how to use the new tools to help us navigate the virtual world. We leveraged not a singular platform, but a couple of platforms, very actively. And there was a big internal communications campaign. Something I’m really proud of is that we focused first on our supervisors and managers’ needs.”

Moreover, town hall-style meetings were conducted with employees and contractors. Datta and her team fielded questions and tried to answer as many of the commonly asked questions as they could. They set up a website to create a single hub explaining the new remote-working framework. “There was one place to go that was public facing,” says Datta. “We went through iterations of cleaning up and making it a bit more user-friendly. The goal was to make information available – and clear.”

An exercise in delegation

NASA has 17,000 employees, of which some 2,500 are supervisors. Delivering a transformation project at light speed to all points of such an organization would have been impossible were the responsibility limited to its highest echelons. Instead, Datta and team performed a colossal exercise in delegation and empowerment. The results were astounding.

“We would have a virtual meeting with our supervisors across the agency,” she says. “We got decent participation, and we started with a simple message: ‘This week, what we want you to do is call each of your employees and find out how they are and who’s struggling.’

We did that because we felt that one of the important roles that all supervisors and managers have is looking after their people. And there was no practicable way for us to rely on the senior leaders to know all the people in the organization. They were going to have to rely on their people – the layers of leadership – to help understand what was going on and fix it.”

NASA attracts scientists used to a highly regulated, public-sector environment. Its people are accustomed to working within clear frameworks – both scientific and managerial. “We are rule followers because we are in the government,” says Datta. “Then we had flexibility! But when we kept saying, ‘it’s all about being flexible’, our people wanted to understand what that really meant. And we were extraordinarily flexible. That was partly because we were allowed to be: for example, in our hours of work. Normally, there are core hours of work, but we said, ‘Okay, rather than obsessing about the core hours of work, let’s let people figure out when they can work.’

“I have people on my staff who said, ‘Look, I have to be with my kids to make sure that they’re doing some homework from 4pm to 8pm. And then I hop on and I do my work from 8pm to midnight.’ That’s not really core hours. But why had we been obsessing about that? We collided with our outside-of-work lives. We are living our in-work and our outside-of-work lives in the same place, in the same hours. I can no longer pretend that the artifacts of what we do when we get in the car and go to an office every day apply here.”

This revolution in sharing time, sharing information, sharing lives, proved remarkably harmonious with NASA’s self-image, as a giant family striving to extend the human frontier. “The average length of service at NASA is 25 years,” says Datta. “People – especially in the technical world – stay well beyond their retirement eligibility dates. And, so knowing all of that, it feels like a family. We have this term, ‘the NASA family’. It feels like a family because people have been working with each other for decades.”

That must be hugely positive for team engagement and motivation? “Yes!” says Datta.

“Just like you do with your own family, you care about the people you work with. Our success is largely about the people: we invest in them and think of them as extended family. We are a people-focused agency.”

The defining feature of successful revolutions is that they endure. And NASA has resolved to remain a hybrid working environment after the pandemic has ebbed away. No longer will the agency be shackled to its space and research centres. This most technical of organizations has proved that seminal work can be done from anywhere – provided the management and leadership is right. “Sometimes people ask us, ‘What is NASA’s secret sauce?’” says Datta. “Simply put, it is passion for the mission, people-oriented leadership, and connecting with each other. That’s what it is.”

She suggests that in the post-pandemic hybrid environment, NASA might have to agree to some lines of separation, so work and family lives don’t endlessly clash, creating a situation where lunches and daily exercise are luxuries sacrificed at the altars of virtual meetings and childcare. “It requires a kind of stamina,” she says. “I love it, because it’s so easy to transition from one conversation, although the result is that eating and going for walks seem like faraway dreams. So I do think there’s some resetting of expectations about availability that we need to do going forward.”

Yet as a rapid response to a novel threat, Datta’s remote-working shift has delivered. As locked-down families worldwide were trying to figure out who would do the home-schooling and look after the children, NASA was landing a rover on Mars.