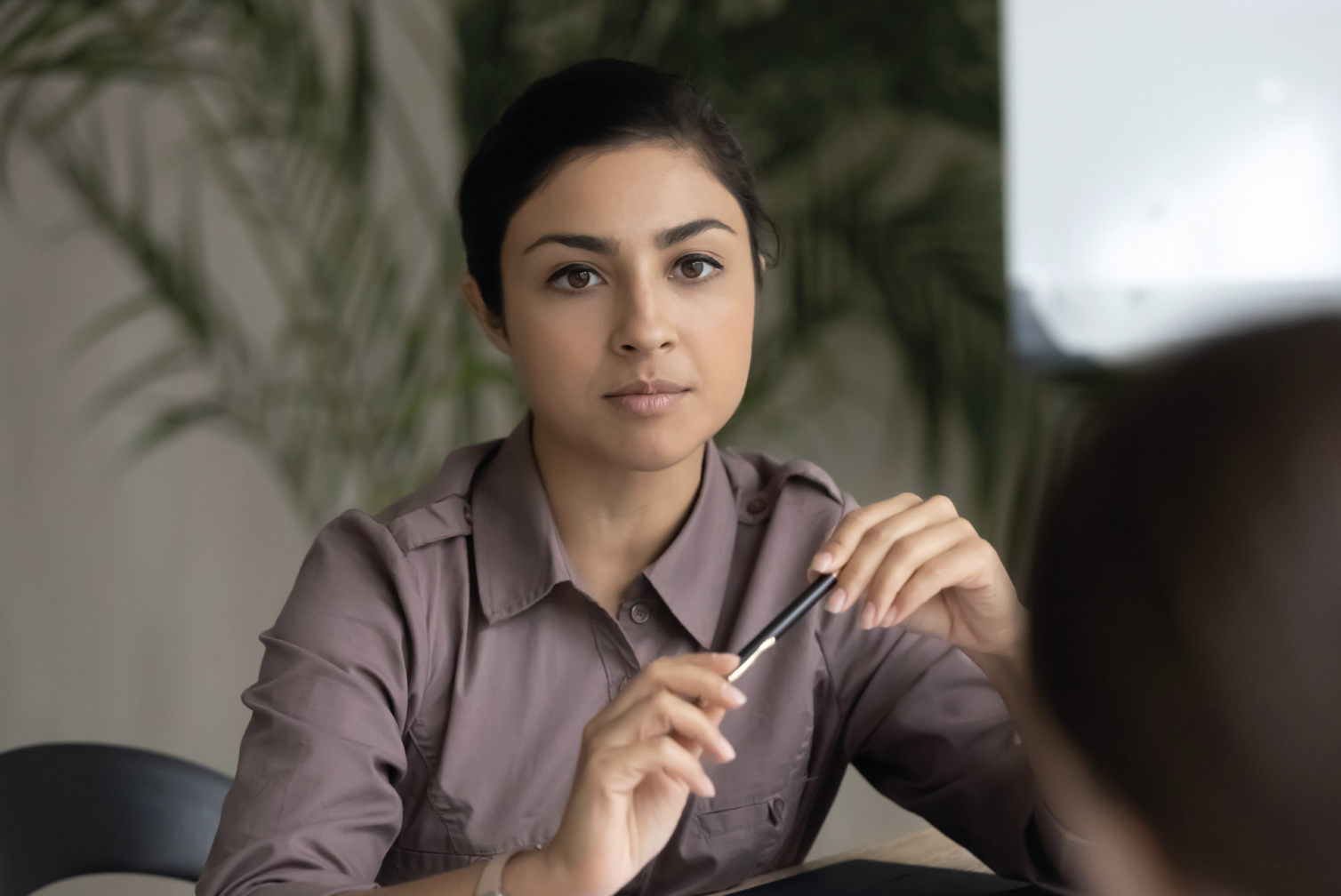 Do you stand your ground in tough negotiations? The answer might depend on your gender and experience.

Shonda Rhimes – the American TV producer, screenwriter and author – offered her best negotiating advice in a recent interview with the Wall Street Journal. “Never enter a negotiation you’re not willing to walk away from. If you walk in thinking, ‘I can’t walk away,’ then you’re not actually negotiating. You’ve already lost.”

Rhimes is right. She is an exceptional negotiator and a successful, seasoned executive – yet, as one of the most powerful people in the entertainment industry, her advice can be difficult to apply, especially for women who face a double bind as a result of culturally enforced and encoded gender norms. Push back in a negotiation and you’re called aggressive, or a bitch. Accept what’s offered to you, and you get less than you deserve.

We’ve seen this phenomenon play out in executive classrooms. Women feel uneasy at the thought of being more assertive, afraid of the blowback from violating norms. Instead, many speak in ways that make themselves smaller or their requests less compelling.

While cultural norms remain powerful barriers to change, research points to actions that women, and organizations, can take to boost women’s credibility and build their negotiating muscle.

The willingness to walk away

Are there situations where women can ignore social convention and navigate negotiations without worrying about their gender? To address this question, we collected data from 149 professional men and women, asking about their negotiation behaviours, emotions and expectations. One of the differences we found was that men agreed they were significantly more likely than women to walk away from an offer below what they deemed acceptable (3.6 vs 2.8 where the scale ranged from 1, “mostly false”, to 4, “mostly true”). This finding was not unexpected, and it aligns with gender stereotypes: women tend to prioritize the relationship over their negotiating goal.

Further analysis of the behaviours involved in negotiations yielded a surprising and significant finding. Among professionals with more than 15 years of experience, women were more likely than men to start a negotiation by establishing their credibility, sharing relevant experience or expertise – a behaviour some call ‘peacocking’. Among those with less experience, the reverse was true: men were more likely to peacock.

What could explain these findings? First, early-career women suffer a credibility gap. As noted by McKinsey and others, women in their early careers, who lack experience, are strongly affected by gender norms that discourage women from calling attention to their successes. It helps explain, for example, why women account for 48% of entry-level hires but only 38% of first-level managers. Women tone down socially-risky, competitive (that is, masculine) behaviours such as bragging or exaggerating their abilities. Yet these same behaviours help men climb the ladder: what is ‘leader-like’ in men is ‘overly competitive’ in women.

Over the course of their careers, women may attain the kind of organic confidence that Rhimes exudes, enabling them to make credible and unyielding negotiating demands. Such women may be more willing to flout convention and do what it takes to successfully navigate a masculine workplace, without worrying about others’ opinions. Tired of being ignored, and confident in their capabilities, seasoned women know what they want, ask for it, and stand firm.

What can you do if you’re feeling ambivalent about Rhimes’ advice on being willing to walk away? First, do your homework. Decades of research demonstrates the value of being well prepared. If you’re negotiating on salary, gather relevant data for the position, experience, geographical region, and be specific. It’s the difference between arguing, “Similar positions in Seattle have starting salaries between $75,000 and $90,000”, as opposed to “I should be paid more than others without an MBA.” Preparation enables you to feel more confident, to present a composed and compelling case, and fend off objections like, “How much were you making in your last position?” If asserting your worth feels awkward, practise through a mock interview with a trusted colleague or friend.

Second, participate in ‘everyday negotiations’ to secure small wins, whether in your personal or professional life – such as a reduction in monthly subscription fees or the ability to work from home on certain days. (See ‘We Often Overlook Opportunities to Negotiate’, HBR, 2021.) In our study, men outscored women in almost every hypothetical negotiating scenario except one: asking a partner about reallocating chores in light of pandemic-exaggerated imbalances. Women might be more willing to push back on partners than bosses: with our bosses there is a positional power imbalance, not an equal partnership, and we may be more willing to quit our jobs than our partners. Fundamentally, the more you negotiate, the more confident you become.

Organizations and senior leaders also have a role to play supporting women. A few years ago, one of us was discussing bringing a women’s negotiation programme into a company. “Whatever you do is fine,” the company said, “just don’t teach them to negotiate higher salaries.” This was stunningly short-sighted. Helping women to succeed helps everyone. When a female employee learns she makes 15% less than male colleagues with the same or less experience, her morale drops, resentment builds, and she might leave, costing the company time and money. Had women been more insistent during (or before) the pandemic on a fairer distribution of work and family demands, they might not have made up the majority of leavers during the Great Resignation. Or think of the costs when a woman, afraid of being seen as difficult, accepts a supplier’s offer even though it puts her project’s schedule in a bind; or the woman whose innovative ideas are met with silence (or worse, are claimed by other employees) resulting in her self-censoring, robbing the firm of potential innovations. Training women to negotiate effectively and enhancing their credibility can pay dividends for an organization.

Rhimes is a national treasure whose work in the entertainment industry has afforded her the right to be unapologetically confident. But until national culture and common gendered norms change, women have to tread carefully, especially early in their careers. That doesn’t mean avoiding negotiations; rather, it requires a willingness to engage more regularly and mindfully in situations that could provide more equitable outcomes. Organizations have to re-examine their beliefs about women, recognize the double bind that women face, and support their development as credible, effective negotiators.