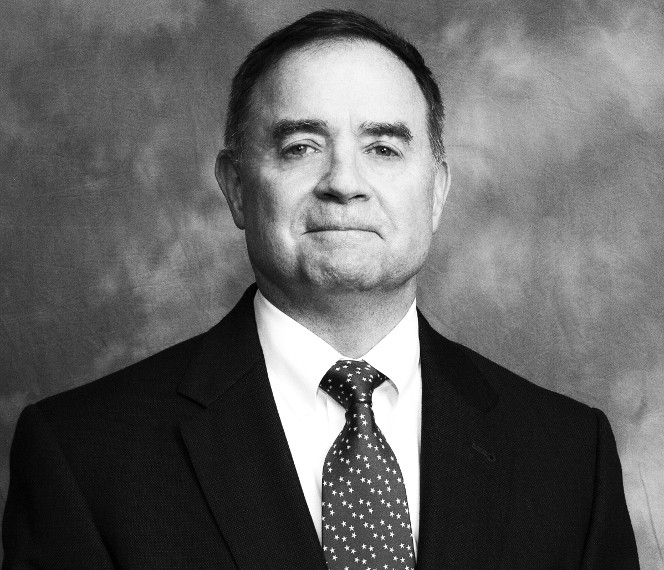 Rear Admiral Patrick Hall found that leadership coaching was a natural fit for his military background – and could be a good next step for other military leaders.

I was a military man. Now I work for an oil and gas company. One question I get all the time when I give speeches is “what was it like to change from being a rear admiral to a leadership expert in the business world?” My answer usually ranges from “easy” to “challenging” – depending on the context. But there are many similarities between leading in the military and leading in the oil and gas industry.

I started out as a university engineering student who had a passion to learn to fly. So, when I graduated, I entered the US Navy’s flight school to see where it led. Thirty-two years later I left the navy having learned to be a fighter pilot, led a squadron of fighter pilots and the support team, trained as an engineering officer on a navy nuclear power-plant, captained a supply ship, captained a nuclear-powered aircraft carrier and commanded an entire US Navy Strike Group with one aircraft carrier, two cruisers, six guided-missile destroyers, four fast frigates and nine aircraft squadrons. In my last command, I had 7,000 people reporting to me. Pretty impressive stuff for a guy who just wanted to learn to fly!

Along the way, I succeeded sometimes and failed at other times. But most importantly, I learned from all these experiences. The two biggest lessons I learned are that people are our most important asset – no matter what line of work or industry you are in; and that you can and must continue to learn and evolve if you want to continue to be a successful leader.

As I began to plan my transition strategy from the military, one of my direct reports from my aircraft carrier tour called to ask me to support a tour of my ship for his boss – a normal request. This chance encounter gave me some insight into a couple of oil and gas business leaders who really impressed me. At that time, I had already given tours to hundreds of US and foreign senior executives, government officials and university administrators. I had been both impressed and dismayed with the quality of these people. But these two people were different. I watched them interact with my sailors in ways that I would expect a good senior naval officer to interact: engaging, curious and showing concern for the sailor and the job he was doing. I had to learn more about these two. Further discussion determined they had grown up in their industry, much like l had in mine, and we had similar leadership experiences and understanding of people, leadership, safety and mission accomplishment. I was intrigued by them, and they were learning about me and my organization. The result of these discussions was an offer to join the oil and gas industry and teach, coach and mentor leaders in the industry. It was not exactly where I had expected to land, but I was interested. And, thanks to my desire to never stop learning, I was committed.

How was the transition? Great, once I got around the stereotypes many people have of the ex-military – that we are demanding, disciplined, order-givers that look to build hierarchies. During one of my leadership development programmes, one of the participants said: “You don’t understand, you came from an organization where you just gave orders and people just did what you told them.” This could not be further from the truth. I explained that I came from an organization that had a young workforce (similar to the questioner’s) with a much higher turnover rate and an ability to challenge leaders.

The class quickly learned that the leadership techniques they had seen in the older military movies were not the way our US military leads today. The issue common to the oil and naval sectors is how you motivate young people today while allowing them to develop the experience that will keep them safe in a dangerous industry. (It transpired that the questioner had a different experience with a family member who was still struggling to adapt outside the military).

What I deliver is close and measured observation of the status quo, probing questions and an attempt to understand the culture before any changes are recommended or acted upon. This is not exactly what most people expected. For example, we had a situation where one particular part of the company was not promoting people to senior positions at the same rate as other parts of the company. Observing, analysing and then bringing this to the attention of senior leaders allowed changes to be made which created more opportunity for upward movement. The original situation was allowed to develop because it is a highly technical and complex part of the company that required extensive additional training and experience in both field and office settings to understand all the challenges. This expertise took years to develop and, therefore, limited other opportunities. Because they were technical experts they tended to deliver answers to others in the organization in technical terms without taking the time to explain and educate others. This approach developed an isolated technical organization that didn’t support opportunities outside its boundaries and therefore limited their people’s opportunity in other parts of the corporation. Once the organization understood the primary drivers for limited opportunity, the solution became much clearer.

My military background gives me a different perspective on many common problems in the oil and gas industry. I’ve developed an interest in leadership development and diversity, and how both can be improved. Based on all this, my integration into the industry went very well, and I have credibility when I talk about high-reliability organizations, leadership development, organizational dynamics and diversity. I have experience in running large organizations. My advice to those looking to transition successfully from any industry to another is to be aware that the changes required will be mostly on your side. If you were successful before and bring that success with you, you will still have to understand and adapt to the new culture and norms in your new situation to be successful. The most dangerous transition is the one you don’t recognize.
— RDML Patrick D Hall has more than 4,000 flight hours in nine different military aircraft and has logged more than 900 carrier-arrested landings. His personal awards include Defense Superior Service medals, Legion of Merit medals, and a Bronze Star. He is senior leadership adviser at Chevron.