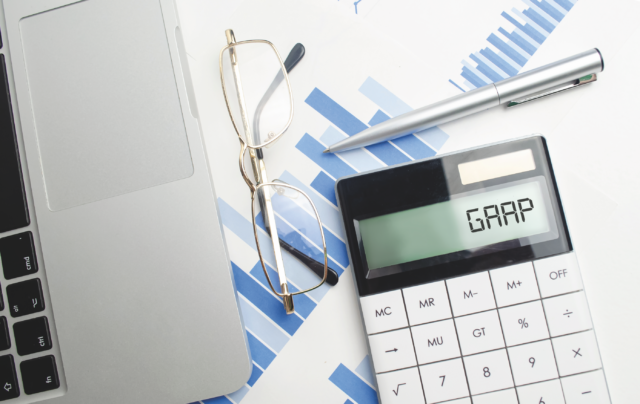 Why do companies provide non-standard profit numbers as part of their financial reporting?

Every investor wants their company to make profits. But how does one know whether a company is making a profit or a loss?

An obvious answer is: look at the bottom-line in the income statement. A positive number would demonstrate a profit and a negative number would show a loss. However, that is only partially right. It is a surprisingly difficult question to answer. That bottom-line number, calculated based on Generally Accepted Accounting Principles (GAAP), comes after so many assumptions, judgments, deductions, adjustments, and one-time items, that it often depicts a false picture of the company’s core profitability.

Adding to the confusion is the fact that over 95% of S&P 500 companies report another bottom-line number, called ‘non-GAAP’ or ‘pro-forma’ earnings. To produce this, companies perform another round of deduction and additions, adjusting GAAP earnings to report a number that they believe better represents their core profitability. Often, the GAAP number shows a loss, while the non-GAAP number shows a profit. For example, for the fiscal year 2019, Pinterest reported a loss of $1.36 billion, based on GAAP. Their non-GAAP number, however, showed a profit of $17 million. Losses turning into profits are becoming quite common. From 2010 to 2019, almost a fifth of firms that reported GAAP losses turned them into a non-GAAP profit. So what is non-GAAP reporting, and why should you care about it?

The rise of non-GAAP reporting

As an investor, analyst, manager, board director, banker, policy maker, tax official, regulator or union leader, you are interested in the net surplus a firm generates during a year, or a quarter. That surplus is calculated by subtracting expenses from revenues, both of which are calculated based on the accounting conventions and rules we call GAAP. But revenues do not always equal cash collected from a customer, and expenses do not always equal cash paid to suppliers. For example, revenue is accrued when an airline flies the passenger, not when the flight ticket is sold. Similarly, the depreciation expense is recognized when the aircraft is flown, not when it is purchased. Arguably, this leads to a better bottom-line number, which more accurately presents surplus generated from economic activities performed in that period than the net inflow or outflow of cash.

But modern corporations perform numerous transactions for which the economic effect in a given period is difficult to determine. Consider employee compensation paid via stock options. ‘Paid’ is a misnomer because companies don’t pay any cash to employees via stock options. Even if it were paid, it would be unclear what amount was paid: after all, a company’s share prices fluctuate every day. Furthermore, even though companies do not pay any cash through stock options, they save cash on their own tax payments when employees exercise those stock options. Even if that expense amount could be calculated, it is not straightforward to determine when it should be reported: when the stock options are granted? During their vesting period? When employees convert their options into shares, or when employees sell the shares they have acquired? GAAP rules do provide a method for calculating compensation expenses – but, realizing the lack of confidence in the GAAP number, companies typically exclude stock-option expenses from their non-GAAP earnings calculations.

Another common exclusion is the cost of write-offs related to acquisitions. Modern corporations often grow with acquisitions, not organically. A large part of the acquisition price they pay is for the intangibles acquired in those transactions, as opposed to any hard assets. For example, in January 2022, Microsoft announced its plans to buy Activision for $68.7 billion, primarily for its soft assets. Subsequently, the buyer must test each year whether the acquired intangible is still worth the original price. If not, the reduction in value must be deducted in the company’s calculation of its GAAP profits, even though it has no effect on the company’s cash balance. However, a number calculated after deducting such an amount is unusable for predicting future profits because companies don’t record such write-offs every year. Hence, companies often add back that deduction to report a new, non-GAAP number.

The third common exclusion is the cost of restructuring and loss on sale of assets. With new economic development, many good business investments turn out to be bad. Companies find themselves having to close unremunerative business segments, selling those assets at a loss, or paying severance to workers who would be let go. Those costs are deducted in calculation of GAAP profits. But those restructuring events don’t occur every year. Therefore, firms often report non-GAAP earnings that exclude such restructuring costs.

An intriguing question is: are non-GAAP numbers informative or misleading for investors? There is no clear answer. On one hand, investors and analysts find non-GAAP earnings helpful for understanding a firm’s core profitability, particularly for firms that report losses. On the other hand, companies can distract investors to provide a false picture of profitability. For example, if firms did not pay via stock options, they would pay regular salaries or bonuses which would be deducted in calculation of profits. So why exclude them?

A follow-up question is: should companies be allowed to report non-GAAP earnings? My opinion is that they should be, as long as they clearly separate and label GAAP and non-GAAP numbers, while providing detailed reconciliation and explanation for each item that causes differences between the two set of numbers. Additional information, if properly contextualized, never hurts investors, who can always disregard a non-GAAP number if it does not provide credible information. For modern companies, core profits can be calculated in multiple ways: GAAP is just one of them.

Anup Srivastava is Canada research chair in accounting, decision-making and capital markets, and full professor, at Haskayne School of Business, University of Calgary.