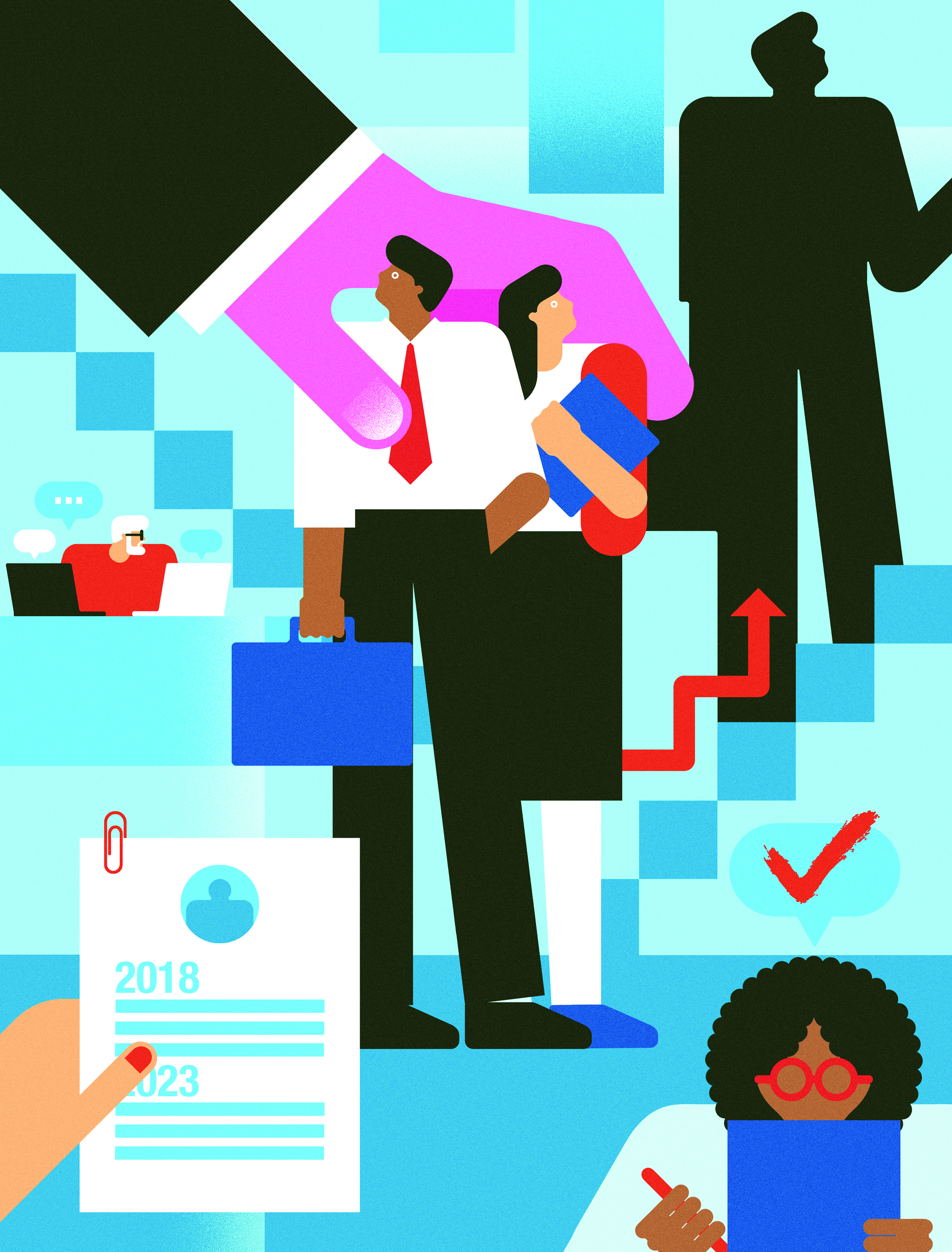 Fostering innovation and entrepreneurial thinking among your employees means giving them space to create their own paths within your organization.

There is no question that tomorrow’s business environment will be even more unrecognizable than the one we have today. Globalization and digitization have arrived and are undoubtedly here to stay, bringing with them revolutionary transformations like robotics, artificial intelligence, virtual reality, and still more transformations that we have not yet even pondered. Thanks to these technological changes, it will become even more difficult for companies to distinguish themselves from their competitors. The most important measure for these distinctions will be not in a company’s technologies, but in its ability to constantly reinvent the level of service that it provides to its customers and to continually enhance those customers’ user experiences. In order to accomplish that, it will be crucial to help employees reinvent themselves and to start to view both the company and their own career trajectories in an entrepreneurial light.

Indeed, as Steven Rice – now chief human resources officer of the Bill and Melinda Gates Foundation – told me when I interviewed him for my book Reinventing You, reinvention is the foundational skill for the 21st century. The ability to learn and adapt makes everything else possible.

It simply won’t work for employees to sit back and wait to be told what to do, or what a ‘normal’ career ladder would look like for them. There’s no such thing as normal any more, and they’re largely going to need to invent their own path. But, as a company leader, it’s your job to create the environment in which they feel comfortable – and empowered – to do so.

When done right, it brings powerful benefits both for their own career progression – employees have identified new opportunities that excite them – and the company, since they’re proactively finding new ways to add value. In my coaching and consulting work, for companies ranging from Fortune 500 industrial behemoths to multibillion-dollar tech start-ups, here are four ways I’ve identified that leaders can encourage employees to think more entrepreneurially about their career progression and the work they do for the company. 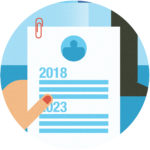 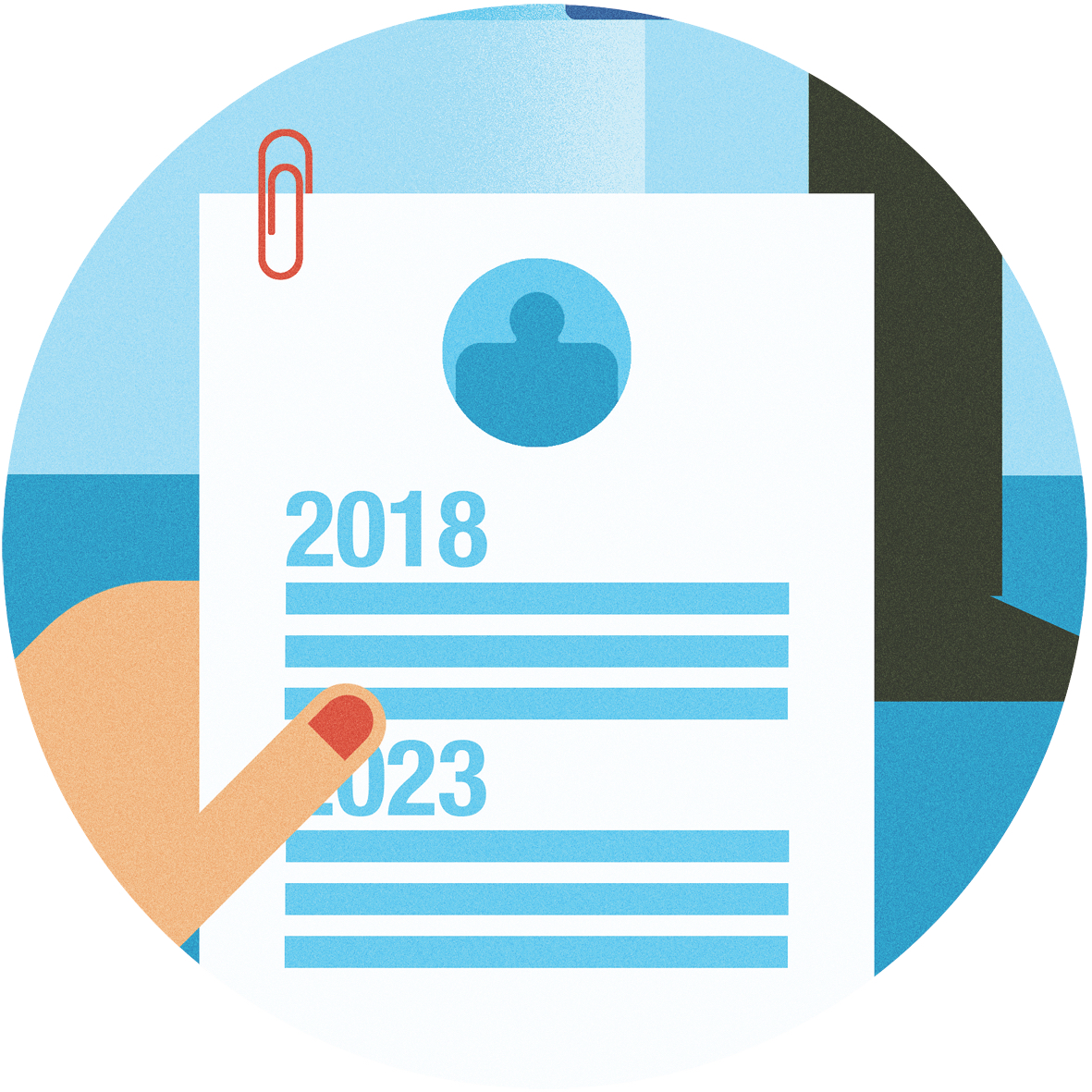 An extremely useful exercise is to suggest that your team pre-write their resumes. This is an approach that I discovered in the course of consulting for a major New York City-based hospital system, and which I’ve written about for the Harvard Business Review. During my consulting engagement, I met a fast-rising executive named Lenny Achan, and asked him about his trajectory. The secret, he said, was ‘pre-writing his resume’. In short, like many people, he would update his resume every year. But instead of doing it the traditional way, the resume he would write was dated five years in the future – for instance, in 2018, he’d write a resume for 2023.

He’d list the position he expected to hold then, as well as – most crucially – all the positions he’d have had in between now and the future date. That enabled him to identify not just a big-picture future goal, as many do, but also the specific trajectory he’d need to take in order to get there. That includes the skills he’d need to develop to become qualified for that position, whether it was taking on more managerial responsibilities, getting more overseas experience, improving his public speaking, and so forth. This exercise allows your employees to take ownership over both their future direction and the skills development they’ll need to undertake along the way. 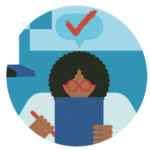 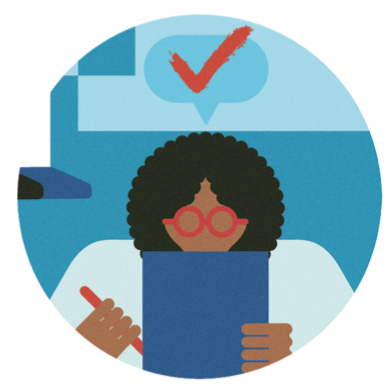 Another important way leaders can help their employees think more entrepreneurially is to adopt a ‘test-and-iterate’ mindset. In my book Entrepreneurial You, I profile Danny Iny, an entrepreneur who – after the disastrous launch of a product no-one wanted – landed on a brilliant strategy for ensuring he never again created something that wouldn’t sell. Instead, he now always runs an initial pilot test of his offerings, letting people enter at a lower price in exchange for providing feedback along the way. That enables him to determine if there’s any interest at all – because people are forced to pay upfront, before he creates the product – and to obtain fantastic market research with these beta testers, allowing him to develop high-quality materials that resonate with customers when the product officially launches.

Any leader can benefit from adopting this test-and-iterate mindset, and encouraging it among your team. Iny doesn’t expect that his beta offerings will be perfect and, odds are, most of your initial products or services won’t be either. But this approach has three key benefits. First, customers feel they’re getting a good deal, with reduced ‘beta pricing’. Second, you’re also sharply limiting the downside of any given experiment, because you’re only undertaking a project if there’s initial interest; and, finally, the frequent and close interactions with customers during the creation phase ensures you’re meeting their needs.

A third way leaders can help encourage their employees to think more entrepreneurially is to support – and even encourage – entrepreneurial side ventures. Historically, many companies have viewed moonlighting activities as a distraction at best, and possibly a serious threat to their employee’s attention and performance. But my research has shown that, especially in this increasingly fluid modern economy, many employees – who have absolutely no desire to leave the company and work on their own – are nonetheless interested in and drawn to entrepreneurial ventures as a form of skills-building and personal challenge. 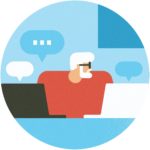 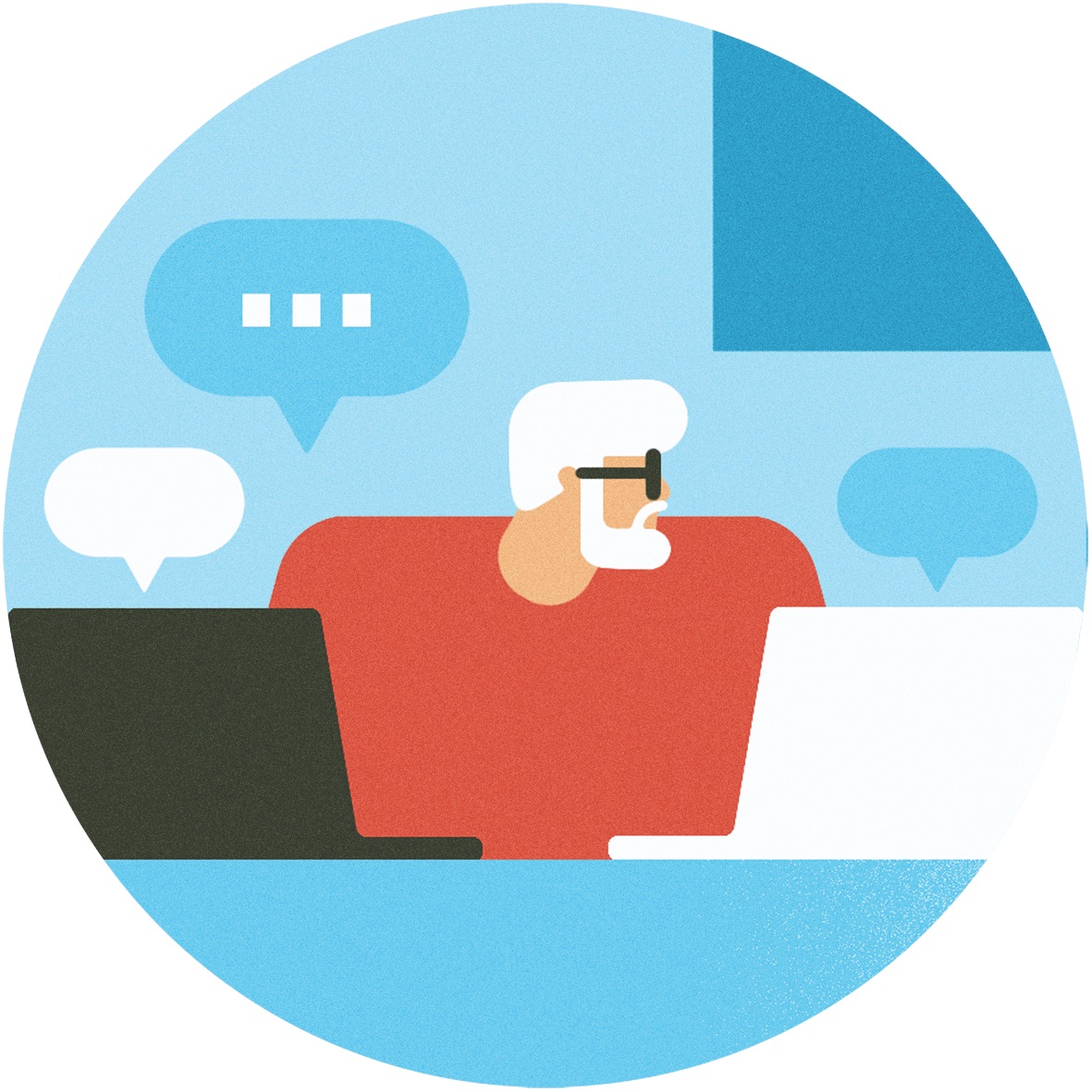 Bozi Dar, a senior leader in a life sciences company whom I profile in Entrepreneurial You, has experimented during his own ‘nights and weekends’ time with creating both an app and an online course. The former never took off, but the latter has been quite successful, bringing in six figures of income over the past several years. Dar has learned enormously from both experiences – knowledge that he brings to his work at the company every day. He thinks of himself as an ‘intrapreneur’ inside a Fortune 500 company, and says he has no desire to leave his job. “In big companies,” he says, “when you [as a leader] have autonomy and budgets and teams, you can tackle big-level problems that are hard to do as an entrepreneur.” The opportunity to think entrepreneurially at his job every day is a challenge that excites him.

Many employees – who may already be engaged in interesting entrepreneurial side projects, through which they’re learning valuable new skills – may be afraid to discuss them at work, for fear the company will disapprove. But forward-thinking organizations are ready to tap into this underappreciated resource. Indeed, Lenny Achan – the executive who developed the resume pre-writing methodology – was promoted rapidly at his company on the strength of his own entrepreneurial side venture, which was creating smartphone apps. When his boss discovered Achan’s hidden talent, he promoted Achan to run social media for the hospital system, and eventually promoted him again to run the entire communications operation. Your employees may be developing valuable skills you don’t even know about, because so many organizations are afraid to ask – or have created a climate where employees are afraid to tell.

Instead, if leaders hold up positive examples of employees who have taken the initiative to develop new skills or new ventures on their own time, you open up vast new possibilities. Instead of the ‘zero-sum’ mentality of the past, in which an employee’s professional development is a threat to the firm because it gives them more options, it’s embracing a win-win mindset. When an employee becomes more thoughtful, more skilled, and better trained, it helps both them and the company.

Finally, we can encourage our employees to create their own personalized career ladders by identifying the opportunities – including cross-departmental ones – that most excite them. In my book Reinventing You, I noted Boston chef Joanne Chang, who overcame her lack of formal culinary training to land a position with one of her city’s most prominent restaurateurs. How? Instead of waiting to see what job openings happened to get posted, Chang proactively created a list of her idols: the chefs she’d be honoured to train with. She wrote all of them personal letters, explaining her background and why she’d like to work with them. Her unique and thoughtful approach set her apart, and she was hired almost immediately, despite lacking the typical credentials. 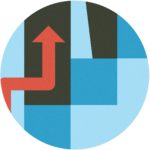 Almost all employees want to develop and progress in their careers. And if 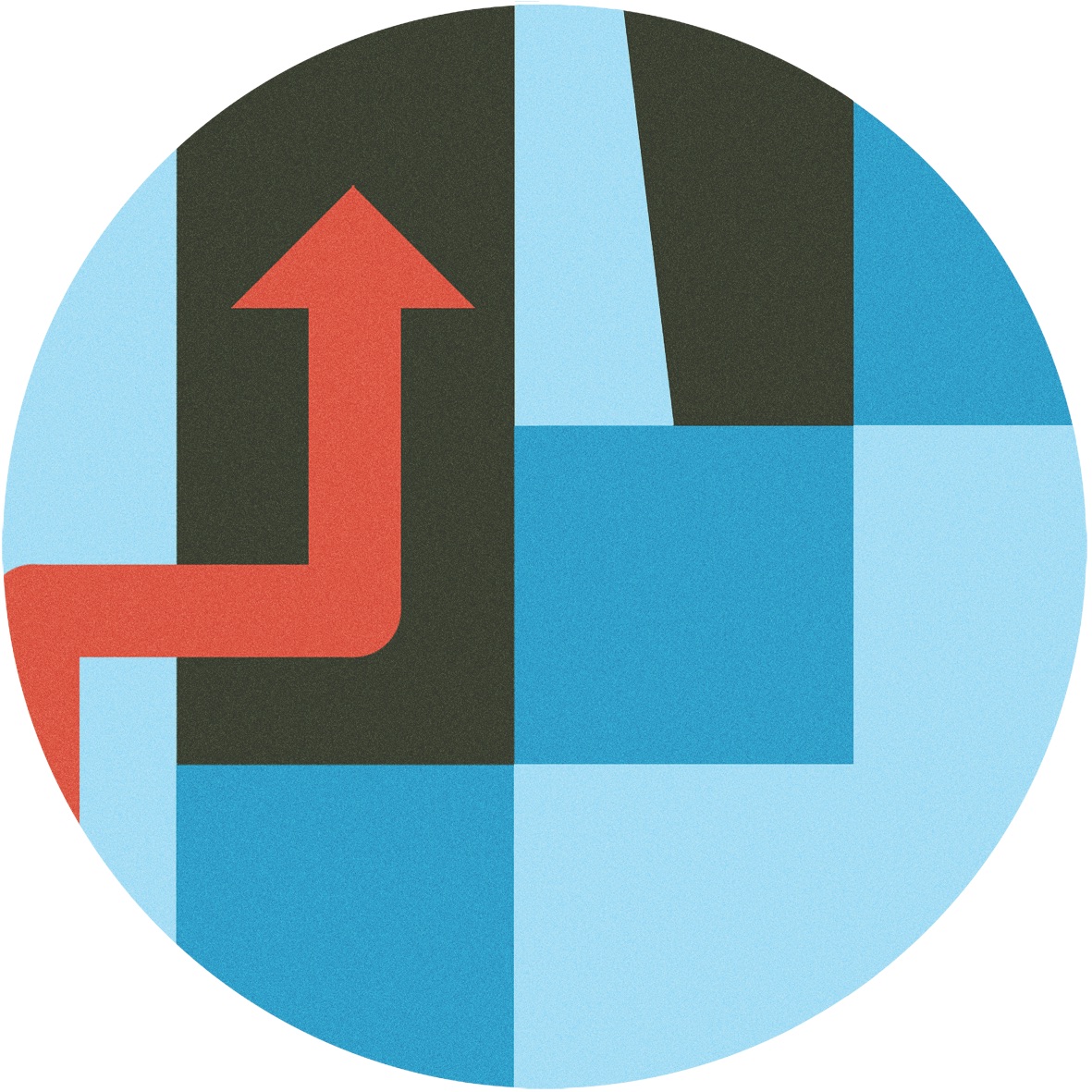 they don’t feel they can do it inside your organization, they’re going to leave. Why countenance that attrition, and all the wasted costs associated with employee churn, when we can instead redirect them to other internal opportunities? Encouraging employees to learn more about the workings of the company helps them identify a path forward uniquely meaningful to them, and in the process enables them to feel more connected to the company’s mission and learn more about its overall operation. That also gives them a broader understanding of their current role that’s likely to pay strategic and performance dividends.

It’s clear that the status quo won’t hold up for long. The half-life of many skills is now estimated to be five years or less, meaning that to stay relevant (and actually be helpful to their companies), employees need to constantly reinvent themselves and adopt an entrepreneurial mentality. By following these strategies, leaders can help employees advance their own careers, and continue to provide valuable service to their companies over time.

— Dorie Clark is adjunct professor at Duke University’s Fuqua School of Business and author of Entrepreneurial You, Reinventing You and Stand Out.