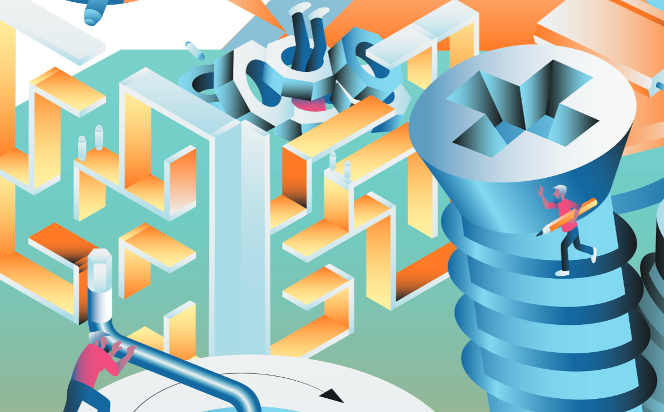 People derive great satisfaction from products that they build or shape themselves, even when the quality is relatively low. Dan Ariely explains how all companies can harness this ‘Ikea effect.’

Conventional wisdom holds that people want their lives to be easier. Accordingly, you might think that consumers want you – the supplier – to do as much for them as possible. In this framework, suppliers should manufacture the product; deliver the product; build it for the consumers; and then go away. In lots of cases, you would think wrong. To grasp the motivational power of customization is to dive headlong into the more hidden areas of the human psyche. We are not always as lazy as you think; in fact, sometimes we are willing to sweat and toil to a considerable extent, as long as, at the end, we can call what we ‘make’ our own.

A few years ago, I, like many fathers of young children, headed to the flatpack furniture giant Ikea for the first time. I needed a chest of drawers for my kids’ toys. But I didn’t want to spend the earth on children’s furniture, which would be subject to the usual excess wear-and-tear borne of being in constant close proximity to youngsters. What I hadn’t calculated was the colossal time and effort it takes to construct a piece of Ikea furniture once you have purchased the flatpack from the store. I still recall how confused I was by the instructions that relied entirely on graphics and cartoons, to avoid Ikea having to produce separate instructions in every language under the sun. Nothing seemed to add up – one type of screw was hard to discern from another; some parts seemed to be missing. Like many Ikea builders, I discovered that it was far too easy to hastily attach sections the wrong way around, only to repent at leisure when I made the grim discovery of my mistake. Much additional time was wasted dismantling my work to correct the error I’d made a few stages earlier.

I cannot say I enjoyed building the drawers. Yet, when I eventually completed the job, something bizarre happened – I gleaned an inordinate amount of satisfaction from my efforts. Although my home features many more expensive and substantially better-made pieces of furniture, I find I look more often and more fondly at my children’s Ikea chest of drawers. In that way, I am a typically irrational human being. Together with my colleagues Professor Mike Norton (at Harvard) and Professor Daniel Mochon (at Tulane) we found the phenomenon to be so pervading and so powerful that we coined a name for it: ‘The Ikea effect’.

Ikea is the modern-day manifestation of the interface between buy-it-in and do-it-yourself. Yet the concept of self-assembly is hardly new.

Back in the 1940s, when few women worked outside the home, a US company called P Duff & Sons disrupted the baking ingredients industry. Its innovation: boxed cake mixes. Rather than measuring out eggs, sugar and flour every time, housewives only had to add water, then stir up the mix. After half an hour at 180°C, their cake was baked. It was the simplest and most ingenious time-saving idea. And, for those reasons, it failed miserably.

It turned out that home bakers didn’t much like having it so easy. The cakes made from the Duff mix tasted good enough – it was the lack of effort and complexity required to make them that was the problem. Duff discovered that housewives considered just-add-water mixes to be the width of a baking parchment away from being a shop-bought cake. The bakers didn’t feel that cakes made that way were authentic – insofar as they didn’t consider them to be their own creations. There was just too little labour and skill involved to confer on the bakers a meaningful sense of ownership.

So what happened? Duff went back to the concept and rethought it. The answer was counterintuitive, yet simple: make the cakes harder to make. In its new incarnation, the mix required the addition of eggs, oil and fresh milk. The new product was instantly popular, because housewives were now able – with a small degree of justification – to claim their bakes as their own work. Duff – and students of consumer behaviour – learned a hugely valuable lesson: human beings respond more positively to things they themselves have created or influenced. An investment of labour is also an important investment of emotional capital.

As part of our exploration into the Ikea effect, Mike, Daniel and I asked some participants to work for us. Their job was to craft origami animals. For their efforts they would be paid an hourly wage. We handed them the materials – some coloured squares of paper and a set of instructions – and off they went. In truth, the paper frogs and cranes our intrepid volunteers created weren’t likely to win any awards – all the participants were origami novices, and their inexperience showed.

At the end of the exercise, we offered to sell them the paper animals that they created while working for us. “Please write down the maximum amount of money you’d pay to take your frog or crane home with you,” we explained. We called our rookie craftsmen ‘builders’ so we could contrast them with ‘buyers’ – people who had nothing to do with folding the animals. We asked the buyers separately to evaluate the work and suggest a price for its purchase.

It turned out that the builders were willing to pay an average five times more for the origami animals than the buyers were. This is an example of the Ikea effect. We love things more when we have invested energy in them.

The origami test gets better, because there is a second stage. In phase two, we recruited a new group of novice builders and removed several key details in the instructions, making the task of folding the animals near impossible. The results were even worse than in phase one – many of the folded creations bore not even a passing resemblance to the animal they were supposed to represent. And indeed the buyers did not see much value in these crumpled creations. You might expect, then, the builders’ pricing of their own creations to fall. But it rose. The Ikea effect again got the better of our builders – the fact that they had spent even longer trying to make the animals led them to place a higher value upon them. The fact that their creations were of woefully low quality was a minor consideration.

But this was not the end of it. We also wondered whether the builders realized that they loved their origami more than the buyers did: that others looked at their creations from a different perspective. What we found was, no, they did not. They assumed that everyone would see the beauty in their crumpled pieces of paper. This is the egocentric bias – the phenomenon that leads small children to believe that when they shut their eyes no-one can see them. And it is alive and kicking in adults.

Companies have a great opportunity to harness the power of the Ikea effect as a powerful motivator for purchasing and long-term loyalty.

Henry Ford – the man who told his customers they could have “any colour as long as it’s black” – wouldn’t succeed today. Twenty-first-century customers want to customize everything. Modern-day carmakers let buyers pick not only the paint job of their car, but also the interior layout, the number of cup holders and the wheel trims. To twist Ford’s words to the present day: “You can have any colour you like, wherever you like, as long as you pay for it.”

Sportswear giant Nike lets customers customize the colour of its shoes, laces and linings. Zazzle allows consumers to customize garments and greeting cards to make them feel like they have created them themselves. Airbnb is rapidly replacing the package holiday. Vacations self-crafted by selecting your own accommodation are becoming ever more popular. Each trip is unique to the consumer that arranges it.

Even products as basic as children’s sweets aren’t impervious to the customization revolution: Chocomize lets you design your own candy bar; M&M’s let you choose your own colour mix. That all M&M colours taste exactly the same is testament to how customization – even for its own sake – is a persuasive force in purchasing decisions.

Yet to assume that customization is trivial and frivolous, is wrong. We might choose more red M&M’s over yellow merely because we prefer the colour. But because we have been able to ‘create’ our own bag of sweets means we are more likely to enjoy eating them. In the same way, customizing a pair of Nike trainers means we are more likely to enjoy running in them – despite the fact that they are technically identical to a similar pair of any other colour.

The customization revolution holds a huge opportunity – and threat – for companies. The rapid development of 3D printing means consumers will soon be able to not only design, but also manufacture their own products. Companies should think carefully how they might exploit this trend – the answer is likely to be in making that process easier, through better machines, plans, base-model kits and tuition.

There is historical precedent: the rapid rise in the 1980s of DIY giants, such as The Home Depot in the US and the UK’s B&Q, tapped into a similar motivation among consumers to shape their own world. Homemade or home-built products may often be inferior to professionally constructed items. But, like me and my Ikea drawers, or my novice builders and their origami frogs, consumers will apportion greater value to them because they made them. The Ikea effect can make more firms successful – not just Ikea.

— This article is based on ideas within Professor Dan Ariely’s new book Payoff: The Hidden Logic That Shapes Our Motivations, Simon and Schuster.