Get Ready to Launch Your Next Innovation

Learn how to tackle your own launch  – whether it is launching a new idea, project, business or career. Launching anything successfully means changing the status quo and overcoming uncertainty. Successfully navigating the challenges associated with launching something new requires clarity of purpose and intentionality.

In this session, thought leader Sanyin Siang shares examples and lessons from industry leaders and the sports world including, Apple, HP, and the NFL. Learn from her experience as a coach to leaders around the world and the smart practical field guide contained in her award-winning book titled, The Launch Book: Motivational Stories to Launch Your Idea, Business or Next Career (LID Publishing, 2017). 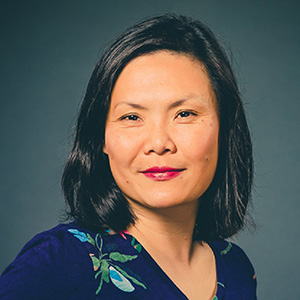 Executive Director at the Coach K Center for
Leadership and Ethics

Sanyin Siang is the Executive Director of the Fuqua/Coach K Center on Leadership & Ethics (COLE) at Duke University’s Fuqua School of Business and a professor with Duke’s Pratt School of Engineering. In 2019, she was recognized by Thinkers50, the premier global ranking of management thinkers, as the world’s most influential coach with the Inaugural Marshall Goldsmith Coaching & Mentoring Award. She is an advisor for tech startups, such as Sports Innovation Lab and Privateer, and for Duke Corporate Education. Her thought leadership has appeared in New York Times, Forbes, Fortune, The Wall Street Journal and Inc. In 2017 and 2018, she was recognized by LinkedIn as one of their top global influencers, with more than 1 million followers. Her board service has included the Museum of Life & Science, Emily Krzyzewski Center, Congressional Award, and the National Board of the Duke Children’s Hospital & Health Center. Sanyin received a BSE in Biomedical Engineering and an MBA from Duke University. She is a mother of three, ages twelve and under.

View other episodes of the Duke CE Leadership Series.

Complete the form to receive complimentary access to the recorded webinar.